Northern Iraqi Kurdistan region is an attractive destination for travellers and tourists from central and southern parts of Iraq. The region’s beautiful mountains, waterfalls and streams have made it a favourite holiday destination. According to the two Jerusalem Post correspondents Seth J. Frantzman and Tzivi Joffre, Kurdistan Region was considered a major centre of tourism prior to the war against ISIS in 2014. When the war ended in 2017, it again became a centre of tourism.

Little did the visitors know that the excursion they had planned on this fateful Wednesday in the Duhok Governorate of the Kurdistan Region of Iraq, would turn into a picnic of death. Out of nowhere, the peace was suddenly shattered by the sound of explosions in the background and the calm transformed into a nightmarish chaos when unsuspecting people suddenly found themselves being attacked by Turkish explosive shells.

Those who could fled in all directions while for others the day had a tragic outcome. The bombardment came from the Turkish military base of Khatir near Zakho and was directed at the tourist area of Parakhe village. Nine people were brutally killed, and an even greater number were wounded, many fatally. It is said to be the largest number of civilian casualties during the long-standing and sustained Turkish military attacks in the Kurdistan Region of Iraq. While Turkey’s attacks are mostly aimed at the Kurds, or more precisely against the PKK, this attack shows that no one – Arabs, Yezidis or Christians can feel safe anymore. Most of the dead and wounded were of Arab origin – the youngest a one-year-old child. 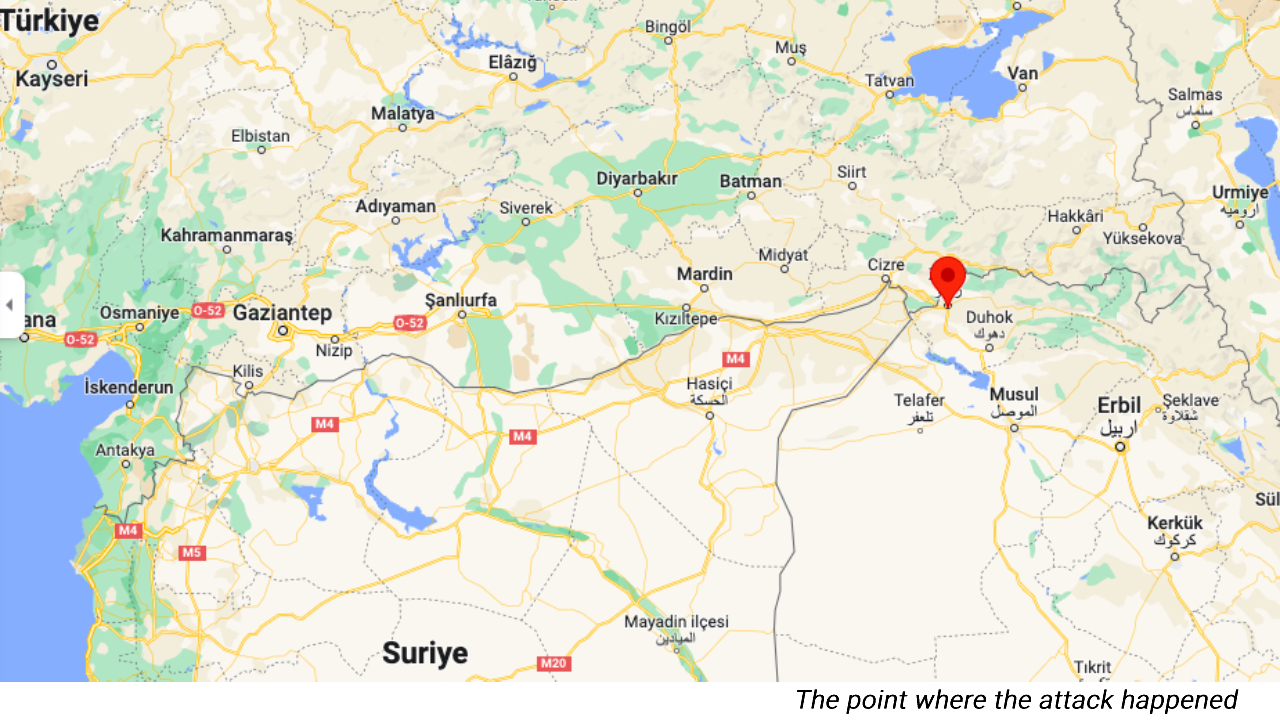 The deadly attacks triggered a spontaneous rage as hundreds of citizens across Iraq went on to the streets stomping on and burning Turkish flags while demonstrating in front of the Turkish Embassy in Baghdad. This reaction is well and good, but one would expect that the same spontaneous reactions would show themselves in the KRG [Kurdistan Regional Government] and that the Kurdish self-governing authorities would strongly condemn the attacks and that people would rise in protest there too. The lack of such political and popular reactions only reinforces the impression that the Kurdish authorities in the region are in Erdogan’s pocket.

Was the deadly attack in Zakho intentional, and if so, why?

All documentation so far indicates that Turkey is behind the attacks. For this reason, it is almost tragicomic when the Turkish authorities try to explain the incident by placing the blame on the PKK who roamed the area, and that the attack should be considered against the background of the fight against terror. In other words, by blaming the PKK, Erdoğan explains away his own involvement in the attacks. No one who follows the situation and Turkey’s death march against the Kurds and the PKK believes this nonsense.

Even if Erdogan’s intention with the war he is waging in Rojava, North Kurdistan, and South Kurdistan, is primarily about crushing the PKK it has been proved over the years that he faces severe difficulties in achieving this goal even if his military superiority would suggest otherwise. The reason is simple: despite frequent attacks including the use of chemical weapons, the PKK cannot be crushed. The Kurdish liberation movement, the spearhead of the Kurdish people has a will to fight, and a collective morale that the Turkish army cannot overcome. This is stronger than any weapon.

Erdogan’s self-confidence and belief in his own invulnerability knows no limits. He feels, and partly rightly, that he has been ascribed some sort of immunity by the international community. An example of this is how he twisted NATO around his little finger when he got what he wanted during the Madrid negotiations. 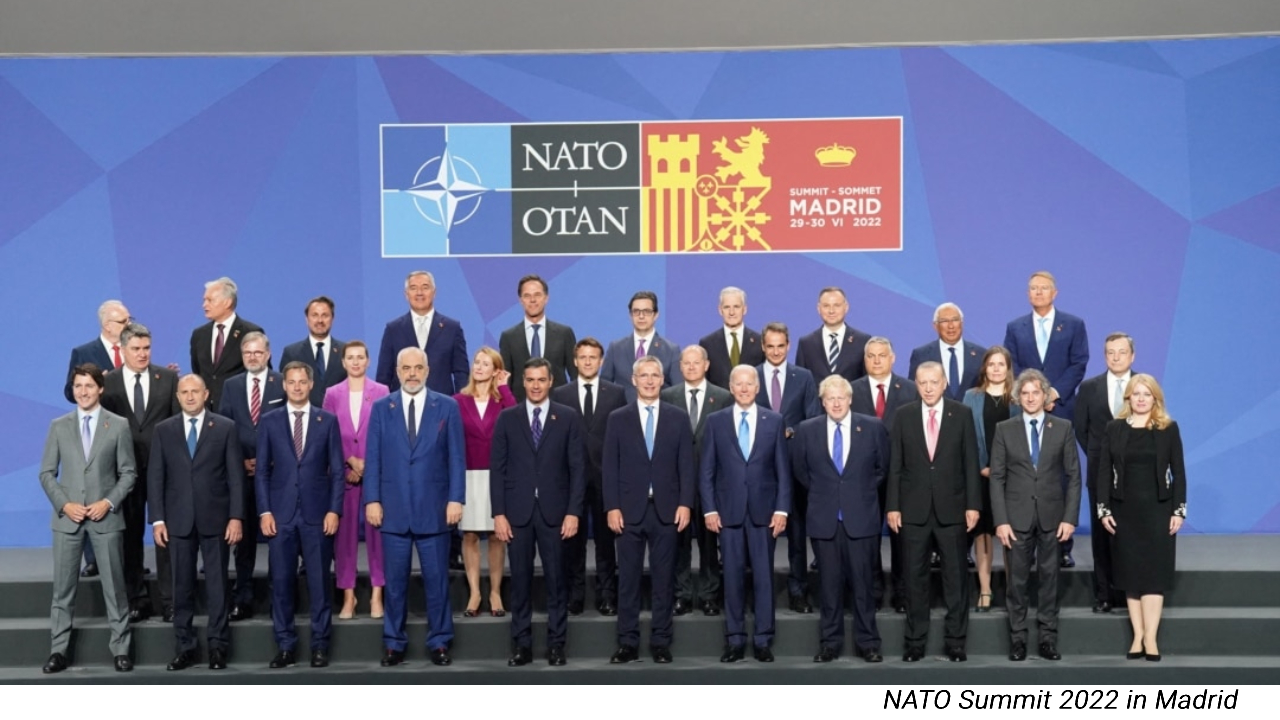 According to Frantzman and Joffre, the bombardment of the civilians is an escalation linked to the fact that “Ankara believes it can get away with these kinds of attacks”. They refer to the Assad regime, that backed by Russia and Iran has massacred civilians in similar bombardments like Russia has done in Ukraine. They pose the question if this is part of a “new world order” without human rights safeguards. “The tourists may be the collateral damage and victims”.

In revenge against the Turkish state for the civilian murders in Zakho, the People’s Defense Forces (HPG) and Free Women’s Units (YJA Star) have directed a series of revenge actions against Turkish forces in the area. Their legendary struggle has, according to HPG Press Centre become the hope of not only the Kurdish people but of all oppressed people.

There are many indications that Erdoğan will continue to test his own invincibility, vis-à-vis the EU, the US and not least in the context of NATO. Although he occasionally faces some political opposition, he believes he has enough cards in his hand to try out new attacks something that Zakho and Rojava are recent evidence of.

Who can stop Erdoğan?

For the time being, there is little indication that Erdoğan’s rampages in Kurdish areas will be stopped. A tiny hope, however, is according to Steve Sweeny that Iraq’s National Security Council has ordered Turkey to remove all its troops from the country’s sovereign territory “… and demanded an official apology. Its Foreign Ministry has appealed to the United Nations security council to give a “maximum diplomatic response” to the shelling.”

It remains to be seen what the UN Security Council decides and whether this may have consequences for Turkey’s military operations in the area and serious violations of human rights. The UN has so far done little to stop or at least slow down Turkey’s extreme military actions. The Security Council is the most powerful body in the United Nations. The Council is the only body in the UN that can use military force, and all member states have a duty to comply with the Council’s decisions. When Turkey unilaterally violates important UN principles, the organisation has a duty to react. If the UN through the Security Council reacts to what happened in Zakho, there is a possibility that other international organisations will do the same. Perhaps too optimistic to believe that NATO will do the same, but one can always hope.