Under the Turkish regime, even the dead cannot rest

The abuse of the Kurds does not stop with their death at the hands of the Turkish state. As is common across all regimes which brutalise their citizens, residents or neighbours and deny their identity, the dehumanisation continues even after the human is no more. Most recently, the remains of a Kurdish man slain during an assault by Turkish state forces on a city in Kurdish-majority southern Turkey seven years ago were finally returned to his father – the bones unceremoniously, and shockingly, handed over in a plastic bag.

Such incidents are not just accidental by-products of Turkey’s indifference to Kurdish lives. Rather, they are calculated to underline the fact that, for Turkey, there is no such thing as a ‘Kurdish life’ at all. 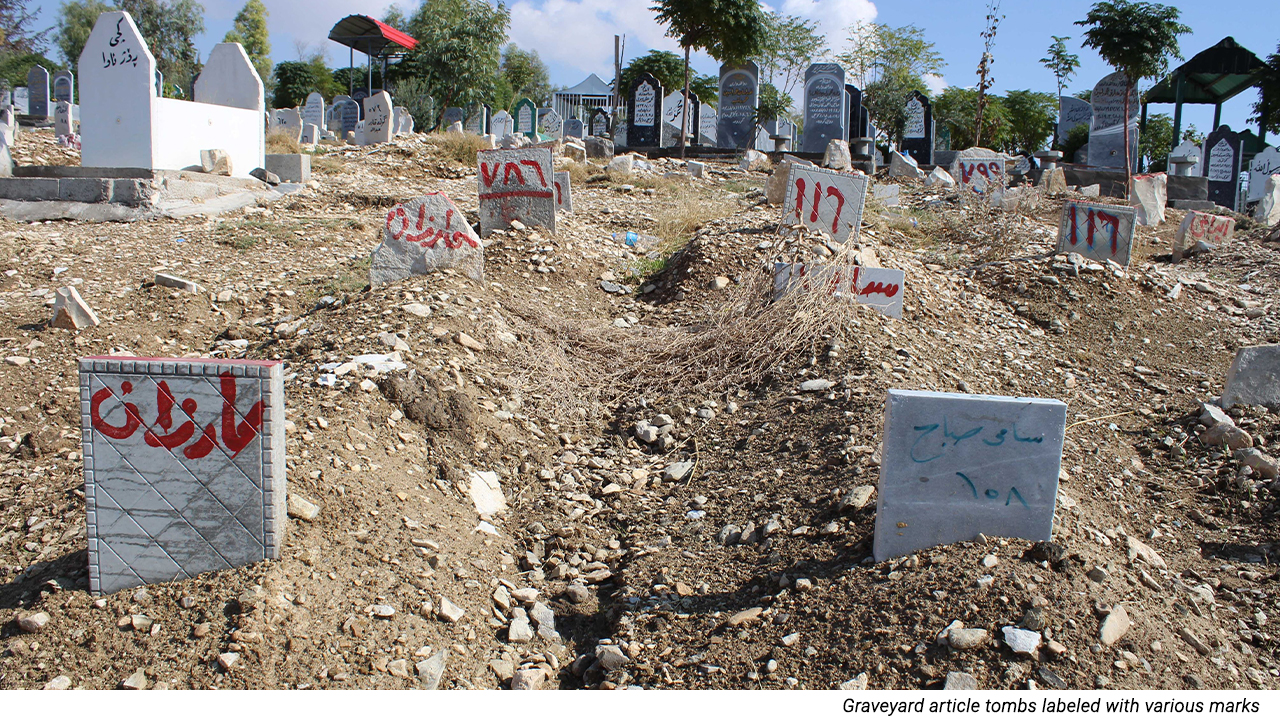 The policy of withholding human remains, or manipulating them for political gain, is not unique to Turkey. Israel holds the remains of at least 80 Palestinians, and has recently decreed that the remains of any individual suspected in a terror attack will be withheld by its security forces.

Attacks on funerals have been a commonplace sight from British-occupied Northern Ireland to apartheid South Africa, while the desecration of graves and the bodies of the war dead are also atrocities regularly committed by security forces. In Turkey, alongside dozens of other instances of bodies being withheld by the state or even returned to the family by postal delivery services, nearly 3000 graves were reported as being desecrated by state forces between 2015 and 2020, with nearly 1700 completely destroyed. Ugly images of Turkish soldiers or their proxies in the Syrian National Army maiming and violating the bodies of slain female Kurdish fighters also add a gendered misogynistic element to the violence.

All of these tactics are intended to send a clear message. For one, they serve as an act of violence against the community by preventing the proper grieving processes. Such violence is particularly acute in a Muslim-majority country like Turkey, where Sunni Muslim Kurds are unable to complete the appropriate funeral rites and may be denied access to a mosque or imam or right to wash the body should one of their relatives die in Turkish police custody. More broadly, police batons falling on mourners or a grave left lying empty prevent whole communities from grieving and laying to rest their dead.

What is particular about the latest incident, and the awful images of a stony-faced father leaving the court house with his son’s remains in what is little more than a carrier bag, is its bathos. Here, we do not see jack-booted soldiers trampling through a graveyard and smashing down gravestones, but an act of idle indifference, almost absurd in how mundane and everyday it seems until the context is revealed. This is a state which does not just use violence against the Kurds when they struggle for their rights: it is a state which fundamentally does not see the Kurds as humans at all. We see this approach reflected elsewhere, for example when the Turkish state allows luxury villas to be built atop the graves of hundreds of slain Kurds.

Attacks on graves are attacks on history, on the past, attempts to obliterate what is written in graven stone for all to see. Neo-Nazi attacks on Jewish or Partisan graveyards are commonplace because neo-Nazism is an attempt to rewrite history. By handing over the bones of a Kurdish youth in a plastic bag, Turkey is attempting to rewrite his personal history – saying that he was a nothing and a nobody, of no concern.

Of course, this is not true. The pain in his father’s face shows us that this was a real person, who lived, loved and suffered in a real land, home to real people, who will not be written out of the history books. His name was Hakan Arslan, and we owe it to him not to forget.