Rojava Information Centre has released a new report on the formation, development and current state of the universities of the Autonomous Administration of North and East Syria.

The Rojava Information Centre (RIC) has recently released a new report about the formation, development and current state of the universities of the Autonomous Administration of North and East Syria (AANES). The report is titled ‘Young and Promising – an Introduction to the North-East Syria University System’.

The RIC describes themselves as an independent, volunteer-staffed organisation based in North and East Syria dedicated to providing accurate, well-sourced, transparent information from the ground.

RIC has assisted reporters and researchers from all leading international newspapers, and for the last eight months have immersed themselves in three universities in Qamishlo, Kobane and Raqqa. Based on these eight months of research they have produced this report.

Though it has been ten years since the establishment of self-rule in the regions of North and East Syria, the first university of the Autonomous Administration was only founded seven years ago; seven years marred by Turkish invasion and threats, continuous ISIS attacks and poor economic conditions. The road ahead for the administration remains full of challenges.

Of the four universities established in the regions of AANES since it became autonomous from the Syrian government, only three of them are operational. The Rojava Information Centre report explains:

“Prior to 2011, the Kurdish-majority areas of Syria had no public higher-education institutions of their own. Satellite campuses of Deir ez-Zor’s al-Furat University alone were found in the city of Heseke, which is split between Arabs and Kurds.”

In 2015, the satellite campus of al-Furat in Raqqa was forced to close by ISIS. In 2018, Afrin University was closed because of Turkish attacks only three years after it opened its doors. And finally, in 2022 part of al-Furat’s campus in Heseke was damaged during an attempted escape from an ISIS prison. 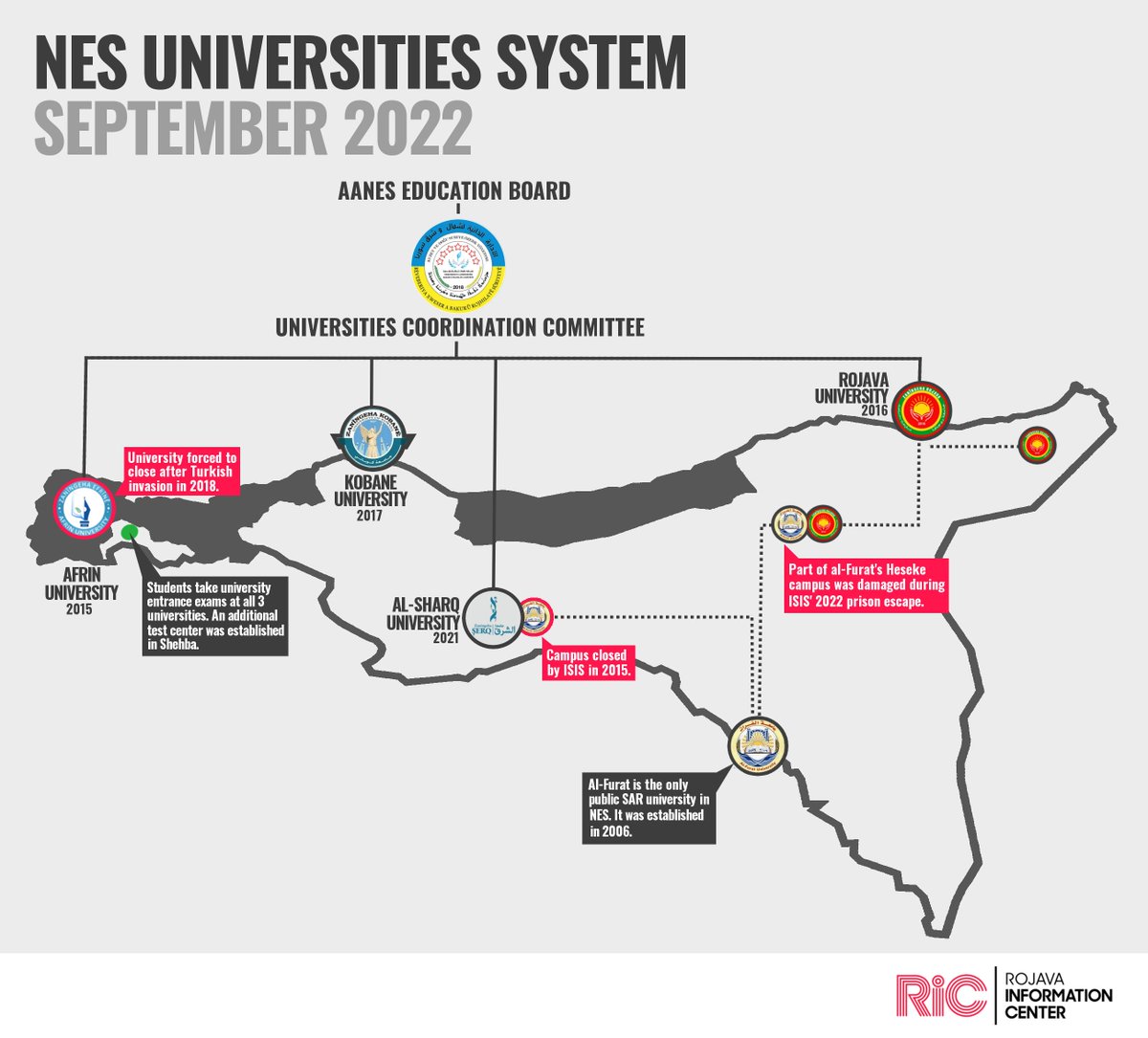 Progress has been made by the Administration in the creation and development of these institutions. The university system provides entirely free education, with the teachers salaries and other expenses paid by the universities budget. Therefore no student is prevented from receiving higher education for financial reasons.

Women are also highly encouraged to attend the universities, and have access to studying jineology or ‘women’s science.’

Students are also able to receive education in their mother-tongue.

The RIC’s report describes a more balanced and democratic way of organising the education system, specifically how it involves students. The report quotes Gulistan Sido, the Rojava University External Relations official as saying:

“We think it is necessary to give importance to [students’] role in the decision-making process.” 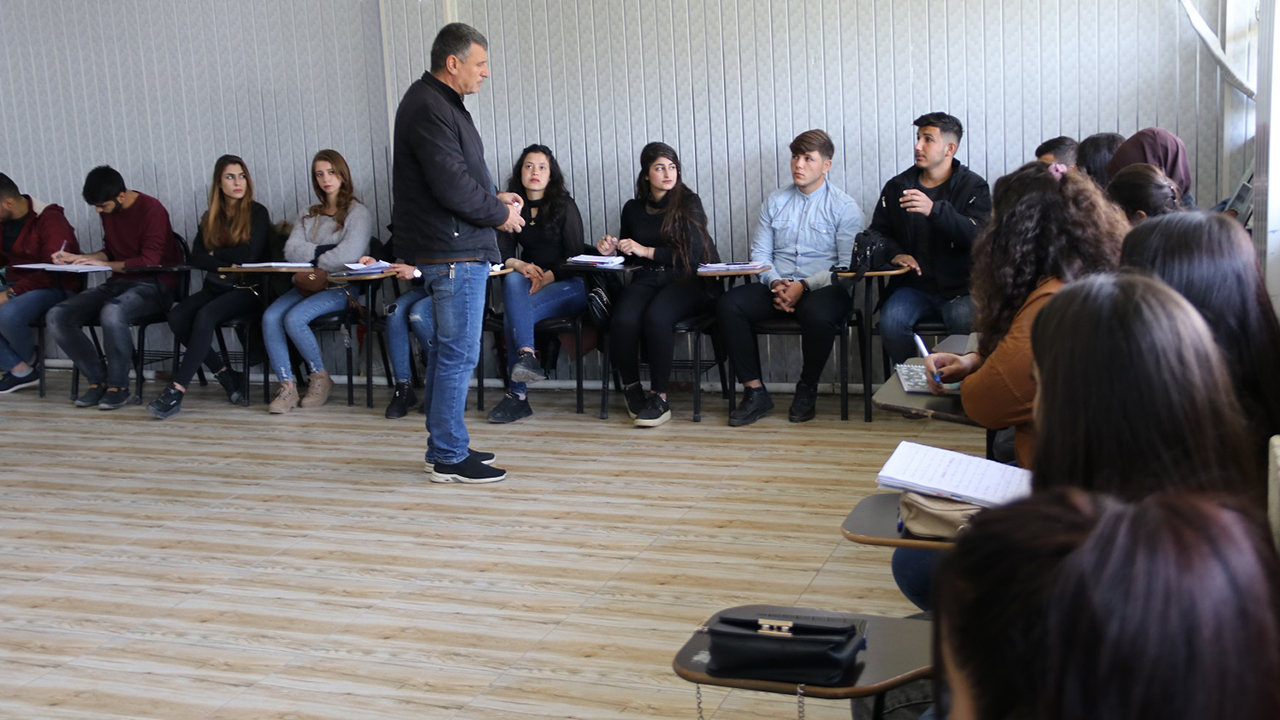 Despite all these advancements and accomplishments, the surrounding difficult conditions have so far prevented them from reaching their fullest potential. The largest hurdle that remains for them to overcome is international legitimacy and recognition of the universities they established.

The report delves into why it is so vital that the Universities of North and East Syria are able to build bridges and connect to other academic institutions across the world, saying:

“The universities’ administrations have put great emphasis on creating links to the outside academic world (…) Yet outside recognition is crucial if the universities are to be more widely appealing to students. In addition – as is the case with academia across the globe – the quality of the education at these universities will increase exponentially as they connect and engage with other higher-education institutions. Universities seldom flourish in isolation. Moreover, connecting its academics with their peers abroad forms part of the AANES’ people- or civil society-based diplomacy. In the absence of formal outside acknowledgement of their diplomas, North-East Syria’ universities have sought to establish other kinds of relations with higher education institutions internationally.”

Robin Fleming is an American researcher who worked with the Rojava Information Centre, and focuses on North and East Syria.