After a Turkish prison refused to hand over the guitar sent by Roger Waters to jailed Kurdish musician Nûdem Durak, Waters is reportedly now planning to visit Turkey to personally deliver a guitar signed by a number of artists and musicians.

It was recently reported that British rock legend Roger Waters sent one of his guitars to the jailed Kurdish musician Nûdem Durak in an action of solidarity, but that the prison administration refused to allow Durak to have the guitar. Waters is now planning to visit Turkey to take Durak a guitar signed by a number of artists and musicians, says Masis Heskif of the daily Özgür Politika.

Nûdem Durak has been imprisoned since April 2015 after being sentenced to 19 years in two separate trials for performing Kurdish songs with political content.

Nûdem’s mother Hatice Durak recently told Jin News that her daughter’s health has deteriorated since she has been in prison, and that she is currently suffering from goitre and a weakening of her bones due to osteolysis. 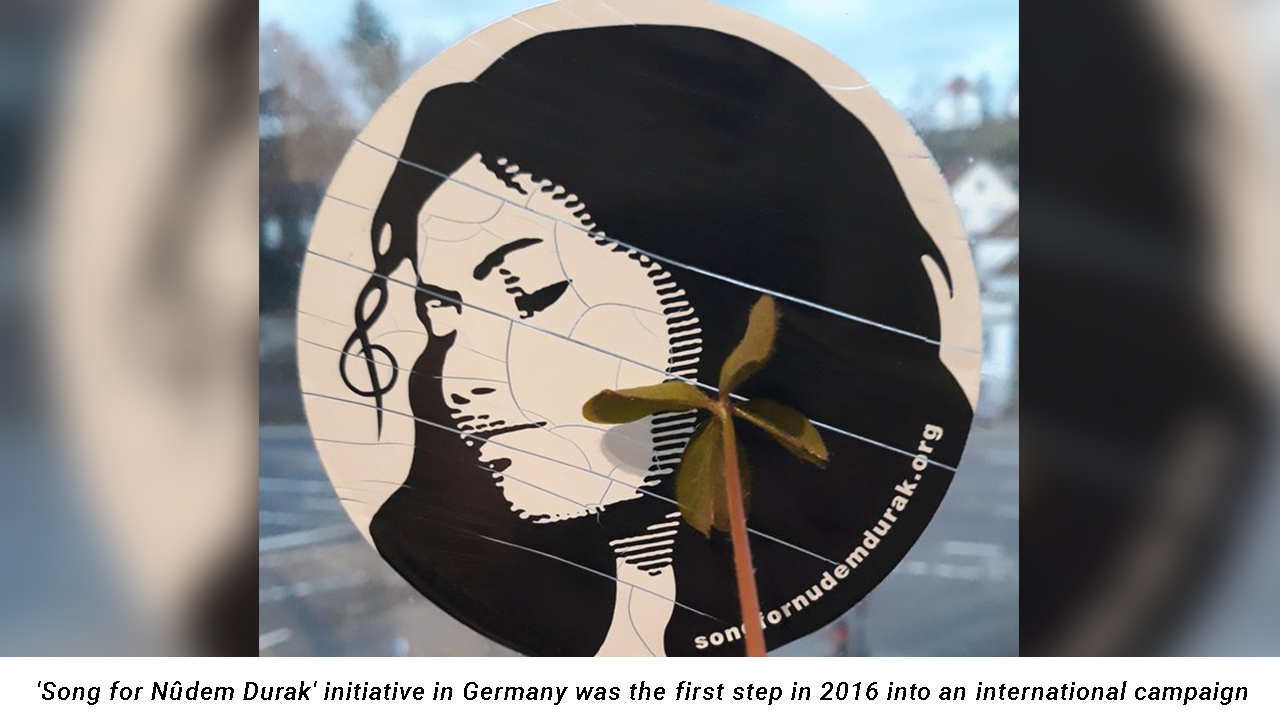 As more and more artists, intellectuals, activists, trade unionists and others joined the campaign, the increasing support also led to an increased interest in Durak’s case.

Roger Waters famously said, “She is our sister”, adding that it was unacceptable that Durak was denied musical instruments in prison, eventually sending one of his own guitars to her.

“Pink Floyd member Roger Waters sent his guitar to Nûdem, but the prison administration refused to accept it hand and it over to her.”

After the prison administration refused to give the guitar to Durak, Waters is reportedly now planning to visit Turkey and take her a guitar signed by numerous artists, to draw further attention to the injustices she has been subjected to.

Various solidarity events have been planned for Durak including a concert in Italy. 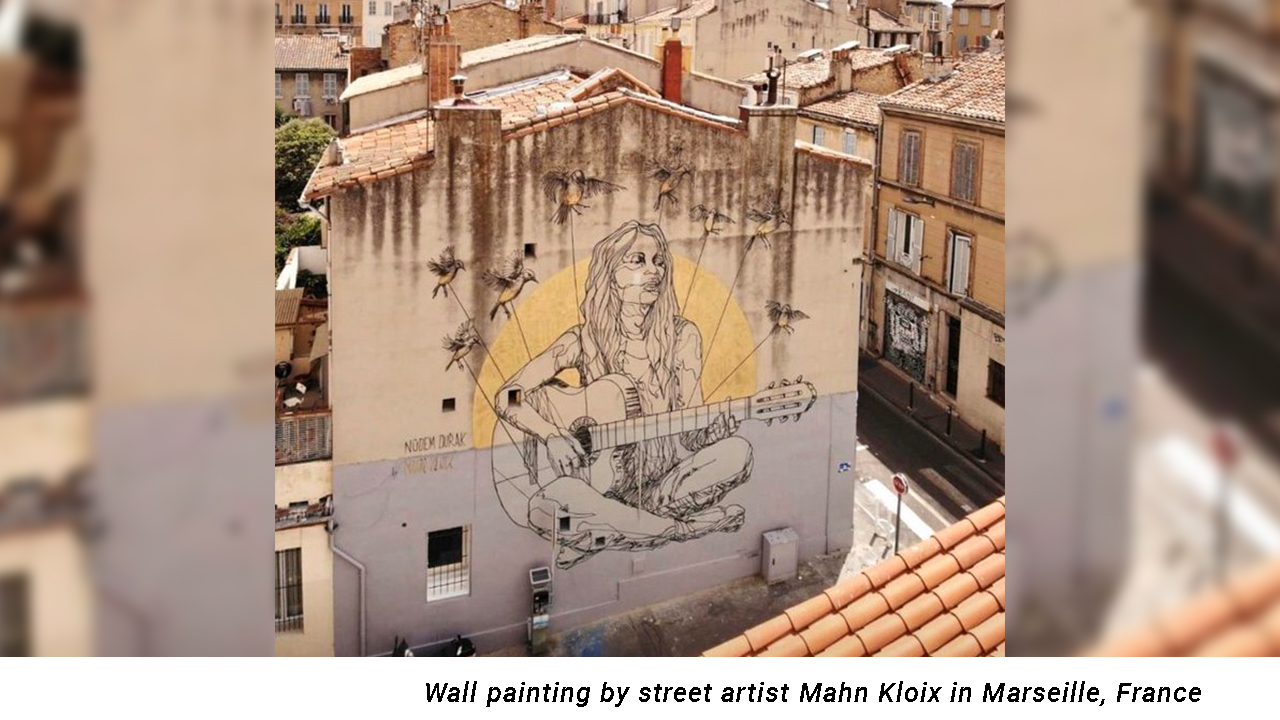 Some of the past actions supporting Durak include German postage stamps with her portrait on them, artists including the famous street artist Mahn Kloix making drawings of her and various musicians performing her songs. 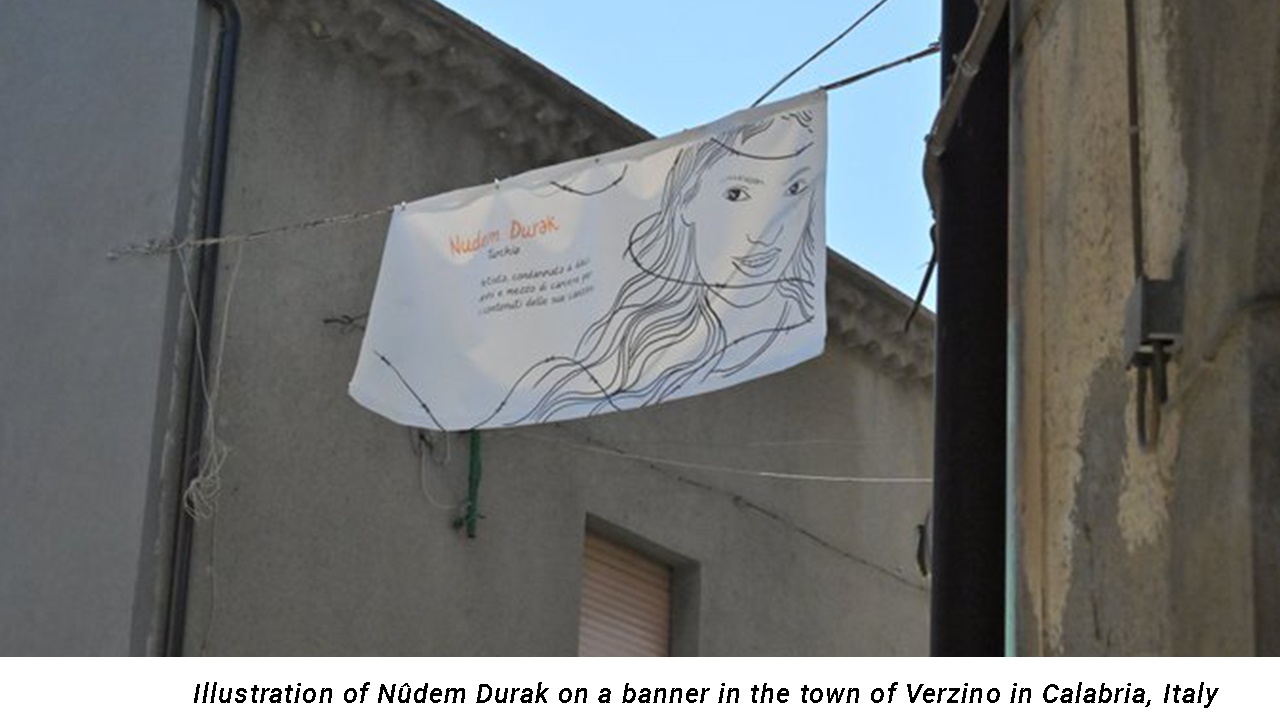 “Punishing someone for her song lyrics and for the political environment in which she performs is intolerance to dissenting music. Nûdem makes music for the people. And yes, she certainly thinks that music should be political in the climate in which we live.”

She added that the support recently provided through the campaign helped give strength both to Nûdem and to her family.

“The support recently provided through the campaign made both Nûdem and her family feel stronger.”

Note for the visitor: Illustration on the cover of the page by Chiera Caselli.