The Left Party MP says that the German authorities turn a blind eye to the very serious issue of Turkish ultra-nationalist extremists organising themselves in increasing numbers in Germany.

The German federal parliament, the Bundestag, last year on 18 November approved a motion that proposed the prohibition of Turkish organisations linked to the so-called ‘Grey Wolves’ movement, a Turkish extreme ultra-nationalist racist group accused of politically motivated violence against mainly left-wing activists, the Kurds, the Alevis and other minority communities in Turkey. There have also been reported attacks against journalists critical of the Turkish government of which the Nationalist Movement Party (MHP) is a component.

This move from Germany came after the French authorities had banned the same group in November 2020 for it’s “incitement of discrimination and hatred and that it is implicated in violent actions,” as announced by the French Interior Minister Gerard Darmanin on Twitter.

Although almost one year passed after the motion was approved, the bill has still not come into effect.

The Left Party MP Helin Evrim Sommer criticised the German authorities for still not having banned the Grey Wolves’ organisational activities in Germany, according to Yeni Özgür Politika.

“The German government has to stop their policy of turning a blind eye to the Turkish extreme-right wing and to stop sacrificing decisions taken in the Bundestag for the sake of relations with Turkey,” she said in a written statement she issued. 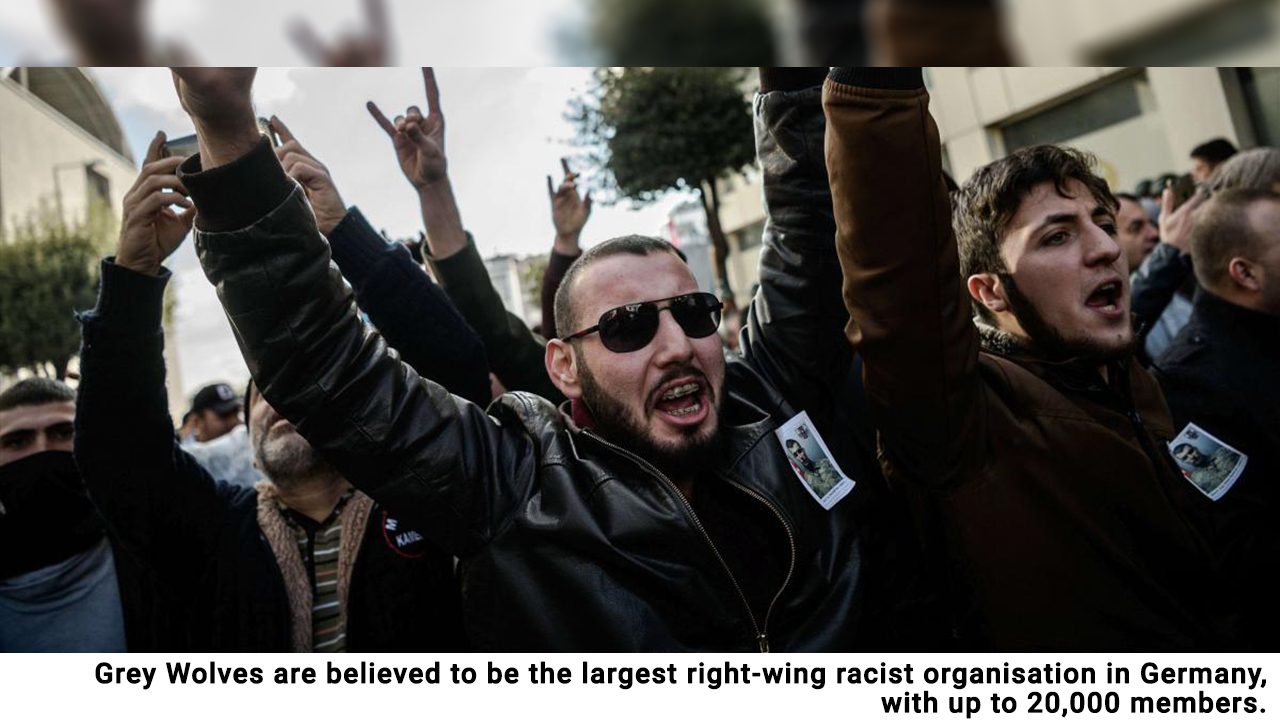 Sommer stressed that there is sufficient legal grounds to ban the Grey Wolves in Germany.

“According to the expert opinion issued by the Research and Documentation Services of the German Federal Parliament, The Federal Constitutional Court in 2018 did not leave the decision to ban associations up to the discretion of the authorities. These organisations include far-right, racist and anti-Semitic organisations operating in Germany and all such organisations also established by foreigners. The Grey Wolves Movement also meets the criteria requiring it to be banned,” she said.

Sommer also noted that the fact that the German Federal Ministry of Interior is dragging their feet on banning the Grey Wolves increases the suspicions of the general public that the historical cooperation between the Christian Social Union (CSU) in Bavaria and right-wing Turks will continue as before and that their activities are being purposefully ignored.

The Left Party MP said the “unwillingness” of the German government to put the motion that bans the Grey Wolves into effect “shows one more time the insincerity and unreliability of the Christian Democratic Union of Germany (CDU)/CSU.”

Green party MP Cem Özdemir had previously said in an interview with DW that he believed that the Grey Wolves was the largest right-wing extremist organisation in Germany, with up to 20,000 members. 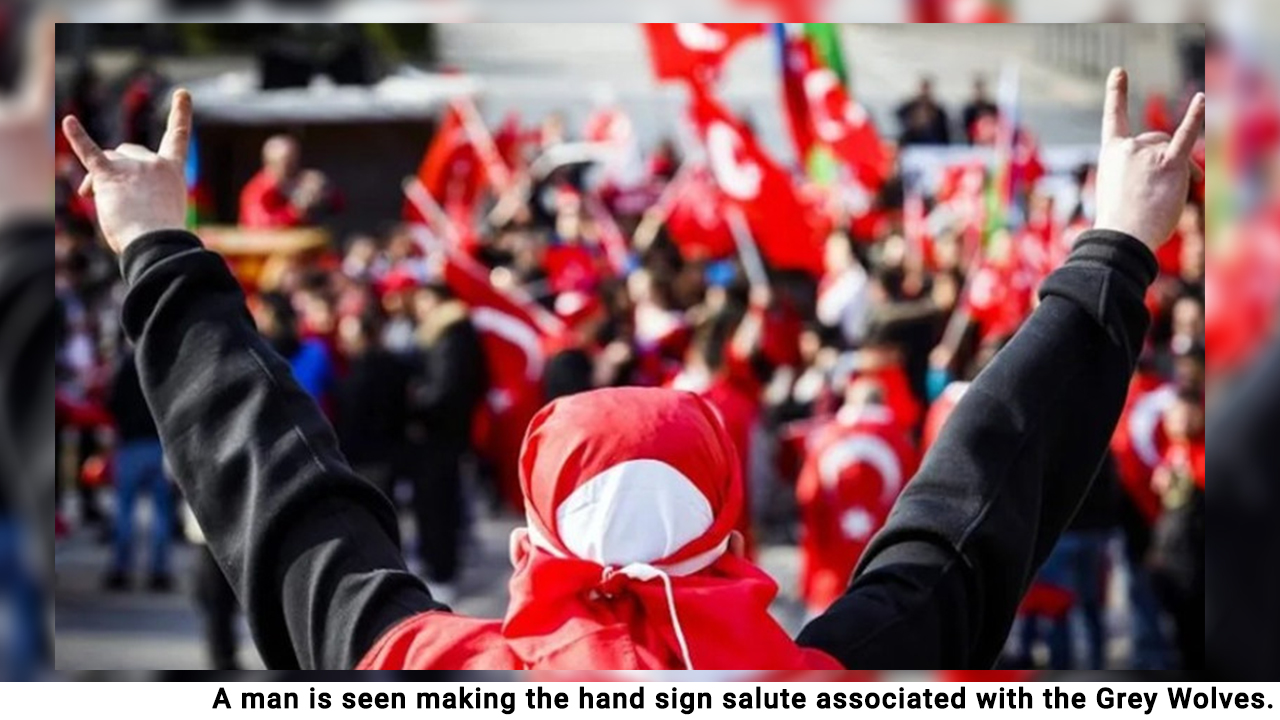 The Grey Wolves is used as a nickname for the Ülkü Ocaklari (Idealist Hearths), known as the militant wing of the ultra-nationalist Nationalist Movement Party (MHP), which now sits in coalition with Turkish President Recep Tayyip Erdoğan’s Justice and Development Party (AKP).

But Fréderike Geerdink noted in her article on 24 November 2020 that many people in Europe do not realise the fact, that it is not just the MHP that is connected to the Grey Wolves in Turkey. “Every Turkish leader of every single party in parliament (except the leftist HDP-Peoples’ Democratic Party, which is rooted in the Kurdish political movement) has been seen making the Grey Wolves sign,” she noted. 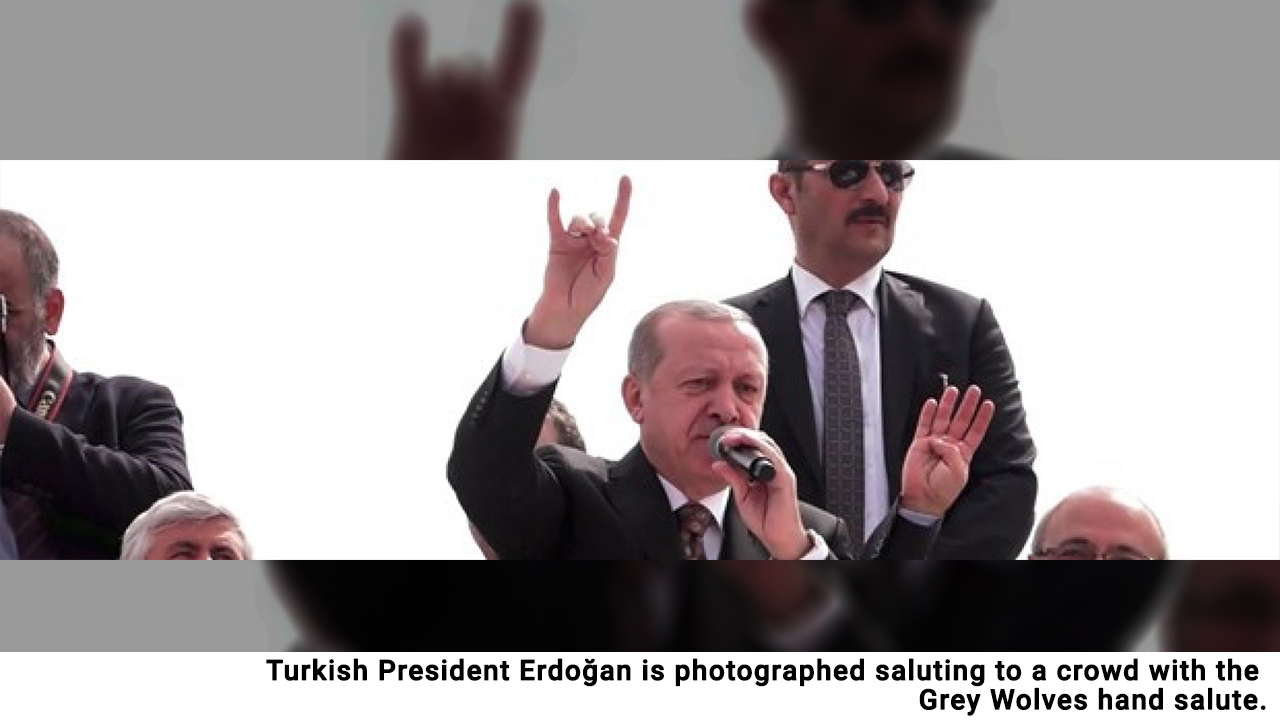 In its annual Turkey report released on 4 May, the European Parliament urged the European Union and EU countries “to examine the possibility of adding the Grey Wolves to the EU terrorist list, to ban their associations and organisations in EU countries, to closely monitor their activities and to counter their influence, which is especially threatening for people from a Kurdish, Armenian or Greek background and to anyone they consider an opponent”.

The group currently has hundreds of organisations, affiliates, and ideologically aligned movements not just in Turkey, but across Europe, Germany being the top European country where the groups are organised.

ADUTDF-the German Democratic Idealist Turkish Associations Federation is listed as the largest of the umbrella organisations in Europe where the Grey Wolves are organised, according to Germany’s own domestic intelligence service.