Women of the World Resist: Global Solidarity for Amini and Akarsel

Every action has its equal and opposite reaction. As we are seeing attacks on women increasing throughout the four parts of Kurdistan, we are also seeing a strong and global reaction against it. A reaction that, despite its best efforts, repressive regimes have not succeeded in crushing.

The two most recent and notable attacks on Kurdish women including the murders of Jina Amini in Iran and Nagihan Akarsel in Iraqi Kurdistan. 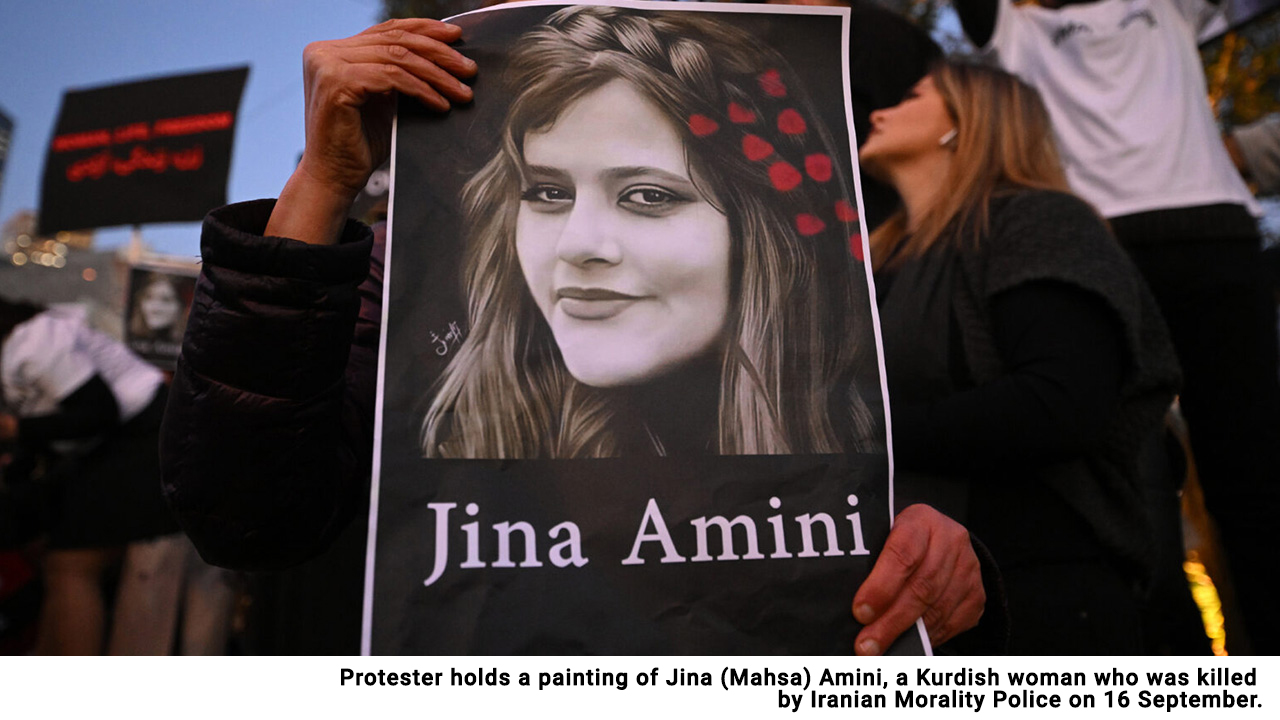 Jina, or Mahsa, Amini was only 22-years-old when she died in a hospital in Tehran. She died under suspicious circumstances after having been arrested and beaten by Iran’s morality police for so-called ‘improper’ wearing of the hijab. She passed away on 16 September. Her death has sparked on-going protests in Iran and throughout the world.

KJAR or the East Kurdistan (Iranian Kurdistan) Free Women Society has launched a campaign in coordination with the anti-government protests. The campaign is called – ‘Time to Defend the Women’s Revolution.’ The Kurdish music group Hunergeha Welat, from North – East Syria has recently released a music video showing their solidarity with the women protesting Amini’s murder in Iran. Two MEPs in Sweden, Evin Incir and Abir Al-Sahlani expressed their support for the women of Iran as well, and have demanded the international community condemn the killing. American revolutionary and academic Angela Davis has also spoken out in admiration of Kurdish women’s struggle for freedom. Climate activist, Greta Thunberg joined a demonstration demanding justice for both Amini and Akarsal’s murders.

This is just the tip of the iceberg. Women, Kurds and supporters have been protesting in cities from Australia to North America, from the Middle East to Europe. All the while, the Iranian regime has attempted to squash and subdue the demonstrations. As of 5 October, over 133 people had been killed in the protests by Iranian security forces. Despite the brutal and undemocratic crackdown on the demonstrations. They have continued and only grown stronger. 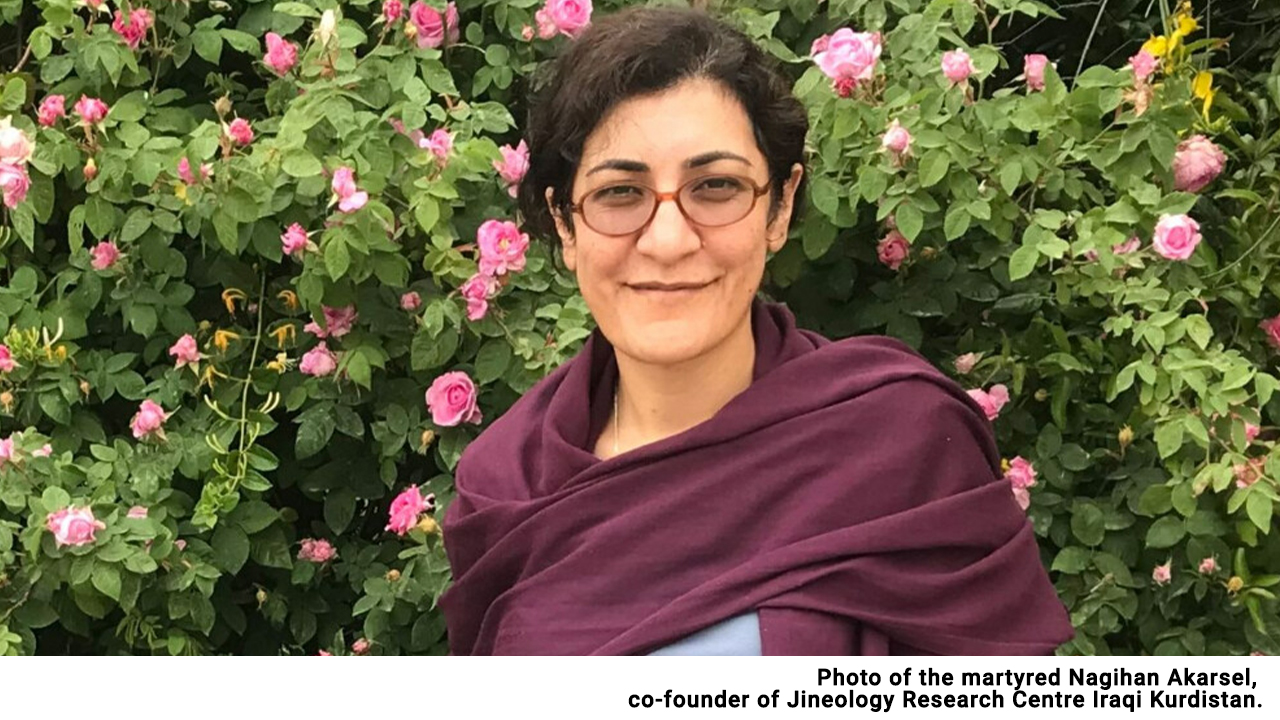 Nagihan Akarsel, was many things, including a writer, a feminist and a Kurdish activist. She is known as the co-founder of the Jineology (or women’s science) Research Centre in Iraqi Kurdistan. Akarsel was brutally shot 11 times by a yet unnamed perpetrator on 4 October. An investigation into this murder has begun. As of 5 October, the Asayish (Internal Security Forces) claim to have arrested several potential suspects. Information on these suspects has not yet been shared with the public. Many are concerned that Akarsel will not be given proper justice, as is the case with so many others who have struggled for the rights of Kurds and of women. Many also believe that Turkey’s National Intelligence Organisation (MIT) is somehow involved in Akarsel’s murder.

What is beyond doubt is that fact that Akarsel was killed due to her tireless struggle to improve the world for women and Kurds. She was targeted not only as an individual but as a symbol of the women’s revolution. What her killers failed to realise is that this women’s revolution cannot be killed, and has been steadily growing stronger and angrier as the attacks against it increase. Protests and condemnations of Akarsel’s assassination have been growing louder in Sulaymaniyah and spreading across borders to cities throughout Europe.

Following Akarsel’s death, the Kurdistan Women’s Communities (KJK) released a statement condemning the attack against her. The statement said:

“We call the women of Kurdistan and the world to take a clear stance against Turkey’s targeted killings of members and supporters of the Kurdish Freedom Movement, especially of the Women’s Movement. It is vitally necessary that we as the women of the world counter the attacks of the global patriarchal system, which aims to prevent the women’s revolution age from becoming reality, in an organised and effective way. In this sense we call especially autonomous women’s groups, revolutionary movements, feminist scientists and all women on the world that struggle to build free life to embrace the memory of Nagihan Akarsel and the resistance she stands for by protesting against her murder. We call you to defend the women’s revolution by taking a strong stand against all kind of attacks that target the Kurdistan Women’s Liberation Movement.”

The Jineology centre in Sulaymaniyah, Iraqi Kurdistan also released a statement concerning Nagihan Akarsel’s murder. They praised and remembered her efforts to change the lives of Kurdish women, and they called for an end to the attack.

It must not be forgotten that both Amini and Akarsel were Kurdish women, they were strong women. They were targeted for this exact reason. It must also not be forgotten that they are part of an ever-growing and also strong community of women who will not cease to resist and fight for freedom. Indeed, they will not be forgotten, and the cries of “Jin, Jiyan, Azadi,” translated from Kurdish as – Women, Life, Freedom, will only grow louder and louder, in all parts of Kurdistan and throughout the world. The arrests, murders and repression from the Iranian state or other regimes will not quiet the cries of these women.

For every strike they throw at one woman, will be responded to by a thousand women. 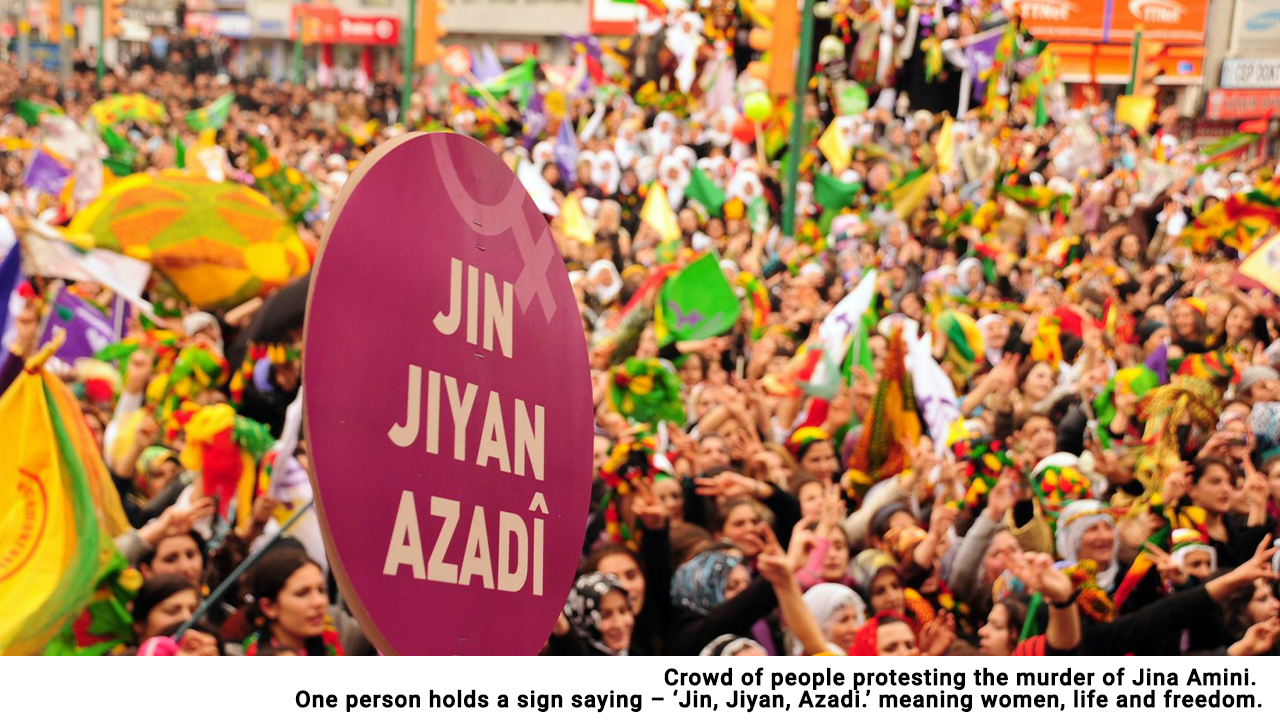 *Robin Fleming is an American researcher who worked with the Rojava Information Centre, and focuses on North and East Syria.