Will Turkey profit from a 2023 war between Armenia and Azerbaijan?

In a report published at the beginning of 2023, influential US think-tank Crisis Group identified ten conflicts to watch around the world. The potential for a fresh war between Azerbaijan and Armenia, on the basis of unresolved and mutually exclusive claims to the region of Nagorno-Karabakh, ranks second – just behind the ongoing Russian invasion of Ukraine.

The two crises are, of course, linked. Russia’s failure to rapidly secure its objectives in Ukraine, worsening polarization between Moscow and NATO, and increased Western demand for Azerbaijani gas have all tipped the balance in the Caucasus still further in the Turkic nation’s favour. Armenia has long been on the back foot in the region. The isolated nation has long been forced to rely on Russia to both provide it with arms and broker regional peace deals, with the West generally unwilling or unable to provide the same level of mediation or engagement. 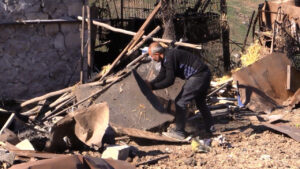 7000 people were killed during the last major flare-up of violence, in 2020

Meanwhile, Turkey has long aided Azerbaijan in pursuing its expansionist policies at Armenia’s expense. Operating as “two states, one nation”, Turkish military technology, military advisors and – particularly – training and assistance in modernizing the Azerbaijani armed forces have left the country with an army which is several times larger, better-equipped, and far more effective than their Armenian counterparts. Turkey’s army-building programme has been conducted in the context of ever-increasing Azerbaijani cooperation with NATO, as Turkish interests coincided with NATO’s desire to counter Russia’s influence in the Caucasus – all channelled through the conduit of Azerbaijani claims to the flashpoint territory of Nagorno-Karabakh, also known as Artsakh.

Azerbaijan knows the time is ripe for another push to seize territory currently home to ethnic Armenians and de facto annex it to full Azerbaijani control, framing its actions as countering Russian influence in order to win Western acquiescence, if not open support. Azerbaijani gas being supplied to an increasingly energy-hungry Europe will also serve to buy support for an Azerbaijani operation. As the Crisis Group indicate, a fresh invasion will be swift, bloody, and all but inevitably result in a resounding Azerbaijani victory, just like the 2020 rout which saw the death of over 7000 soldiers and Azerbaijani gains only halted by a Moscow-brokered ceasefire. 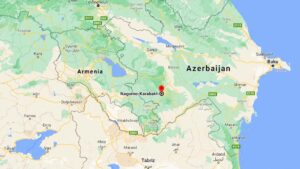 Just as it is doing in Ukraine, the Erdoğan administration will seize any opportunity to position itself as the ‘reasonable’ middle-man between NATO and Moscow, while actually pursuing its own interests. 2022 saw Turkey paying lip-service to the Western consensus against Moscow – and profiting from arms sales to Ukraine – while opening its ports to Russian capital and exiled oligarchs. Turkey’s efforts to use Finland and Sweden’s NATO applications to extract concessions for fresh attacks on the Kurds at home, in Europe and in northern Syria clearly illustrate that the country is a dysfunctional NATO member which acts in the alliance’s interests only when it suits Turkish objectives.

As former Pentagon official Michael Rubin wrote in a recent analysis, Turkey’s would-be ally should look beyond the constantly-quoted statistic of Turkey having NATO’s second-largest army to recognize that “if the political leadership is unwilling to commit to… a NATO mission, then the total size is irrelevant… Turkey’s on-paper statistics do not translate to on-the-ground importance for NATO.” Indeed, Turkey has used NATO missions for its own power-expansion projects, on the basis of Islamic solidarity or the pan-Turkic idea. 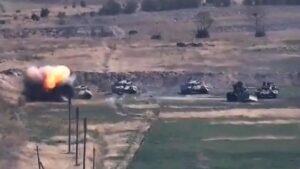 There is little appetite in the West for opposing Azerbaijani expansion

Doubtless, Ankara will recognize in any 2023 Azerbaijan-Armenia conflict an opportunity for further power expansion, increasing its ‘national’ bonds with Baku as its moves toward a dream of uninterrupted pan-Turkic control between the Black Sea and the Caspian. Equally certain is that Turkish support for ethnic cleansing of Nagorno-Karabakh’s Armenian population will be made palatable to the West by framing the operation as countering Russian interests. To local Armenians freezing following an Azerbaijani gas-shut off, and fearing an invasion in the coming months, Turkey’s assertions that it is acting in the interests of regional security will be a bitter pill to swallow.