MP Garo Paylan's bill for legal recognition of the Armenian genocide was rejected by the Speaker of the Turkish parliament, as officials of the ruling party and opposition parties protested against the motion.

A bill proposed by Armenian MP Garo Paylan for legal recognition of the Armenian Genocide was rejected by the president of the Turkish National Assembly on Saturday on grounds that it was in violation of parliamentary regulations.

Peoples’ Democratic Party (HDP) MP Garo Paylan introduced a bill in the Turkish parliament on Friday for recognition of the Armenian genocide and renaming of public places named after Ottoman officials who gave the orders.

“This immoral bill, that slanders our people, is invalid in law.”

Officials of opposition parties joined in with reactions against the bill. Meral Akşener, the leader of Iyi Party, said:

“I strongly condemn this action of disrespect that attempts to humiliate our people by this supposed ‘genocide’ bill.” 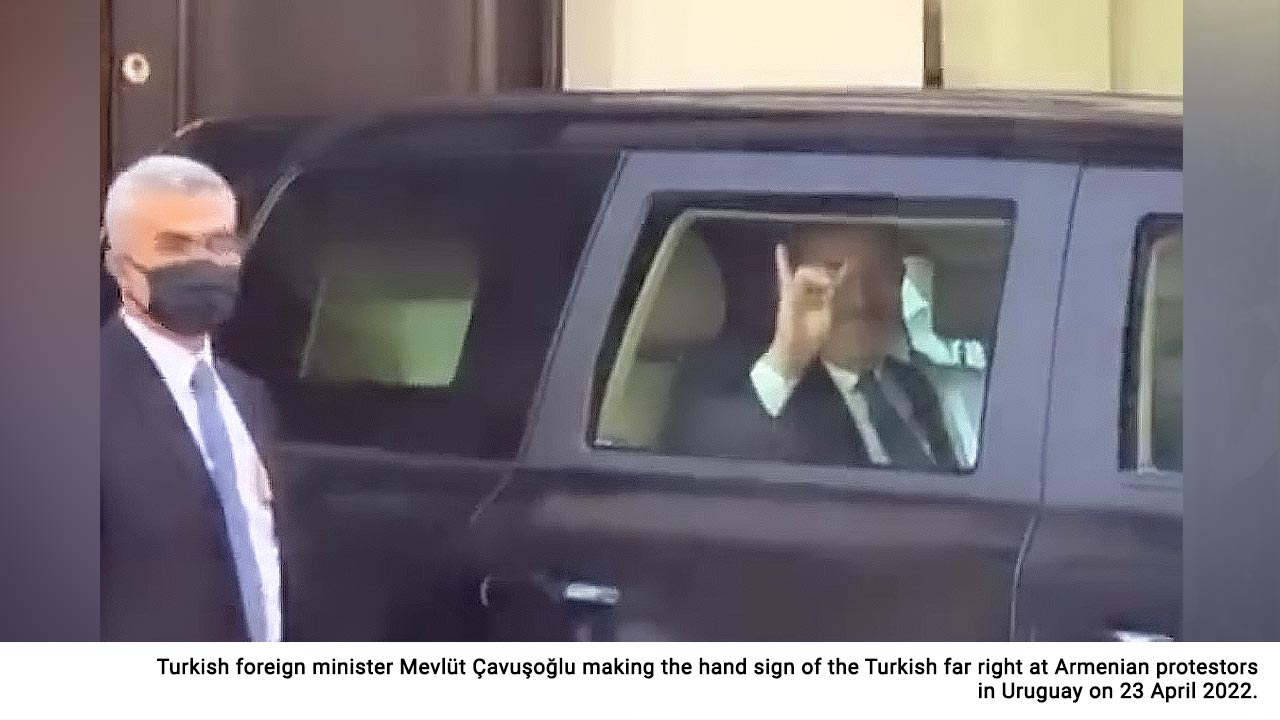 In the meantime Turkish foreign minister Mevlüt Çavuşoğlu made headlines on news outlets as he made the hand sign of racist Turkish groups at Armenian protestors during his visit to Uruguay.

The Armenian population of 1.5 million, which constituted at least 10% of the total Ottoman population in 1915, was wiped out within a matter of months, as all Armenians were forced to relocate after the first mass arrest of prominent Armenian intellectuals and politicians in Istanbul on 24 April 1915. 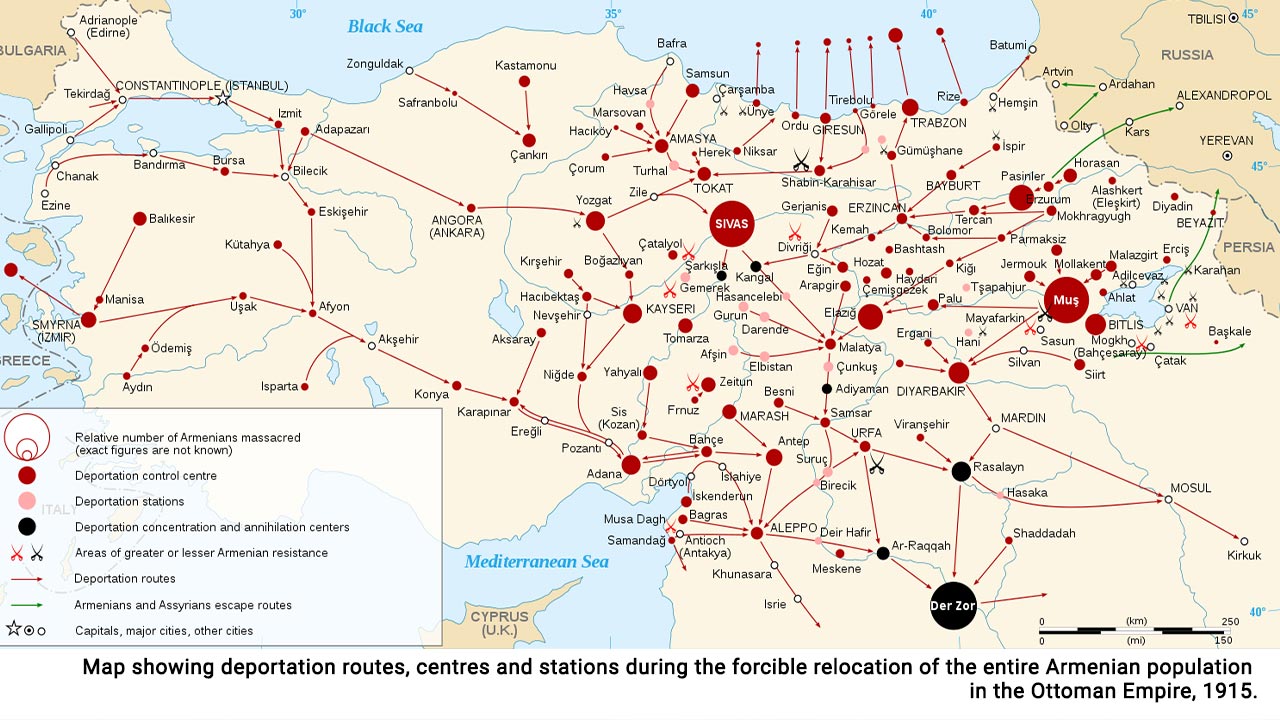 It eventually became clear that the relocation order was actually an order for total annihilation. Hundreds of thousands were massacred on the journey by gangs affiliated to the Ottoman secret service Teşkilat-ı Mahsusa, coordinated personally by the Ottoman interior minister. Ordinary peasants also took part in the slaughter.

A fraction of the Armenian population managed to survive what became known as the the ‘death march’ and to reach the final destination, Deir ez-Zor in Syria, only to perish there in the desert. 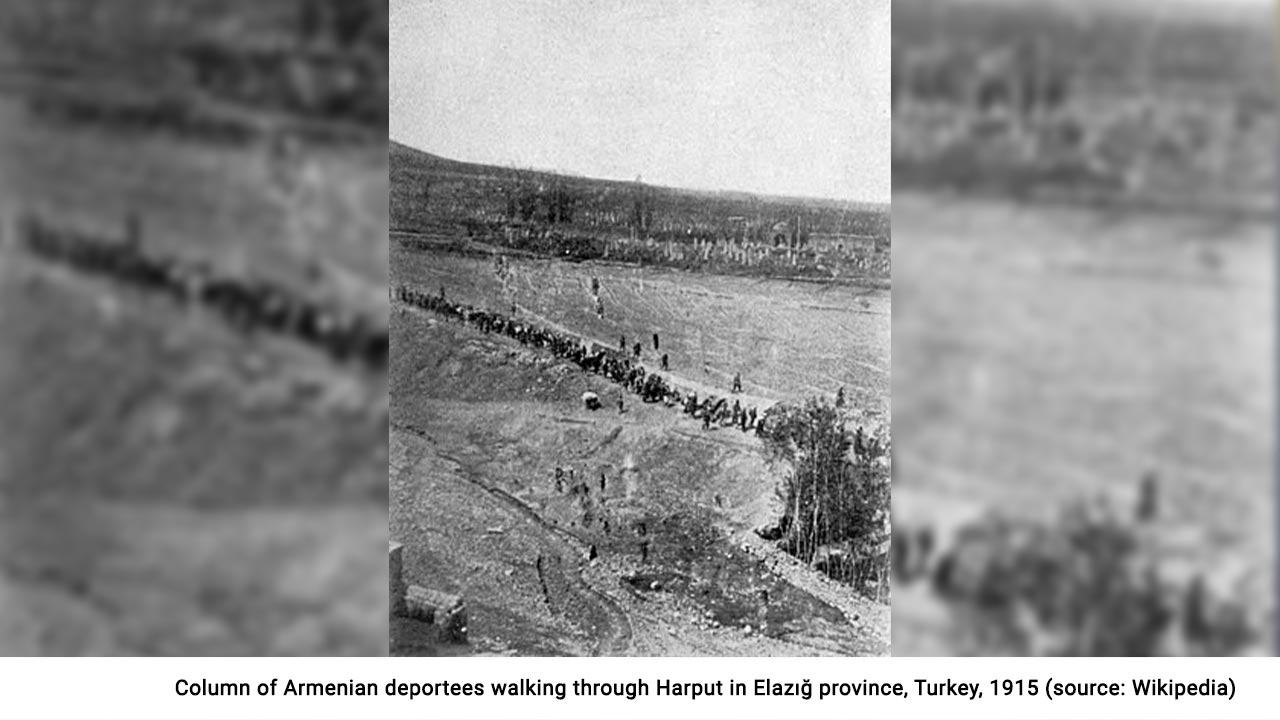 An unknown number of survivors, mostly young children, were taken in by families to be adopted and raised as Muslims. A further small number of people managed to escape and settle in various countries across the world.

Avenues and schools in the Turkish Republic have been proudly named after Enver Pasha, the Ottoman war minister, and Talat Pasha, the interior minister and the architect of the genocide.

Currently there is a tiny Armenian community of about 50,000 living in Istanbul.