When it comes to Kurds, Iran and Turkey set their differences aside

Despite a centuries-old enmity continuing to the present day, Turkey and Iran have long found ways to coordinate and cooperate when it comes to the repression of their Kurdish minority populations. The two countries have the largest Kurdish populations in the world, with some estimates putting the number of Kurds at 14-20 million and 8-12 million respectively. The recent, Kurdish-led uprisings in Iran have once again brought to light the way the two countries triangulate against their Kurdish citizens.

A 1926 ‘Treaty of Friendship’ between the nascent Turkish state and their Iranian neighbours formalised one of the world’s oldest borders. The agreement also included provisions allowing for joint action against internal dissent in either state – a measure included in part due to both countries’ desire to foreclose protest or opposition by their Kurdish populations.

Competition between the two countries, one majority-Sunni and one Shia Muslim, has generally outstripped efforts at coordination, especially given Turkey’s role as a key NATO member and host to a vast arsenal of NATO missiles. The past decade has brought further geopolitical tensions, primarily due to the two states’ diametrically opposed policies in the Syrian and Iraqi conflicts – albeit that the countries have also coordinated through both public platforms such as the ‘Astana’ talks over Syria, and via backdoor channels. 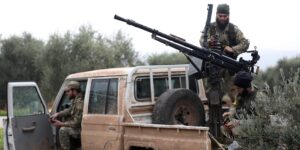 There is no space here to track the waxing and waning of the two states’ often-conflicting policies vis-a-vis Syria, let alone other conflicts in Azerbaijan, Yemen and elsewhere. What is clear, though, is that fear of Kurdish-led autonomy developing either at home or abroad is a key factor in motivating the two regimes in their sporadic efforts for increased cooperation.

Each country would like to see the other’s hand weakened, but neither is willing for this to come at the cost of increased Kurdish rights or representation, let alone the wider democratic reforms this would inevitably entail.

Most recently, two Kurdish activists are at risk of being deported from Turkey to Iran, where they are likely to face the death sentence. The men were recently detained at that same centuries-old border, and while other refugees were permitted to enter Turkey they are being held pending deportation back into the hands of the theocratic Iranian regime.

Elsewhere, Iranian and Turkish attacks on Kurdish opposition groups based in the rugged mountains of Iraqi Kurdistan have recently occurred in tandem. Simultaneous air strikes, shelling and drone attacks by the Turkish Armed Forces and Iran’s Islamic Revolutionary Guard Corps have led some commentators to suspect a degree of coordination between the two states.

A November meeting between Iranian and Turkish interior ministers could have been centred around “a joint invasion on the eastern and northern fronts of Iraqi Kurdistan,” Members of the European Parliament said in an open letter condemning both countries’ policies ongoing cross-border operations into Syrian and Iraqi territory. The extent of explicit coordination is unclear, but whether this is the case or not, the possibility alone “should work as a wakeup call”, the MEPs added.

It is no surprise that the uprisings in Iran have sparked the public condemnation of Western states and political actors who choose to maintain a discreet silence over Turkey’s similar repression of its own minorities – not only Kurds, but also women, the LGBTQ community, and other ethnic, linguistic and cultural minority groups. 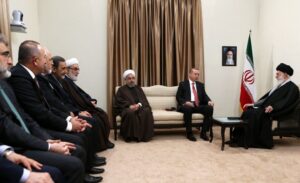 Fundamental rights are always subsidiary to geopolitics, and it takes nothing away from the brave sacrifices of the protesters taking to the streets across Iran to recognise the way in which the United States seeks to coopt their voices and struggle in service of its own agenda. Principled opposition to the Iranian regime is to be welcomed, but the crisis in the region will not be solved by targeting one ‘bad actor’ with sanctions or other measures.

Rather, as the MEPs’ statement suggests, whether the relevant states are Sunni or Shia, pro-Washington or Moscow, NATO members or rivals, and whether they currently find themselves cooperating or competing, they are united in their opposition to the Kurds.