“We want to build a self-sufficient economy” 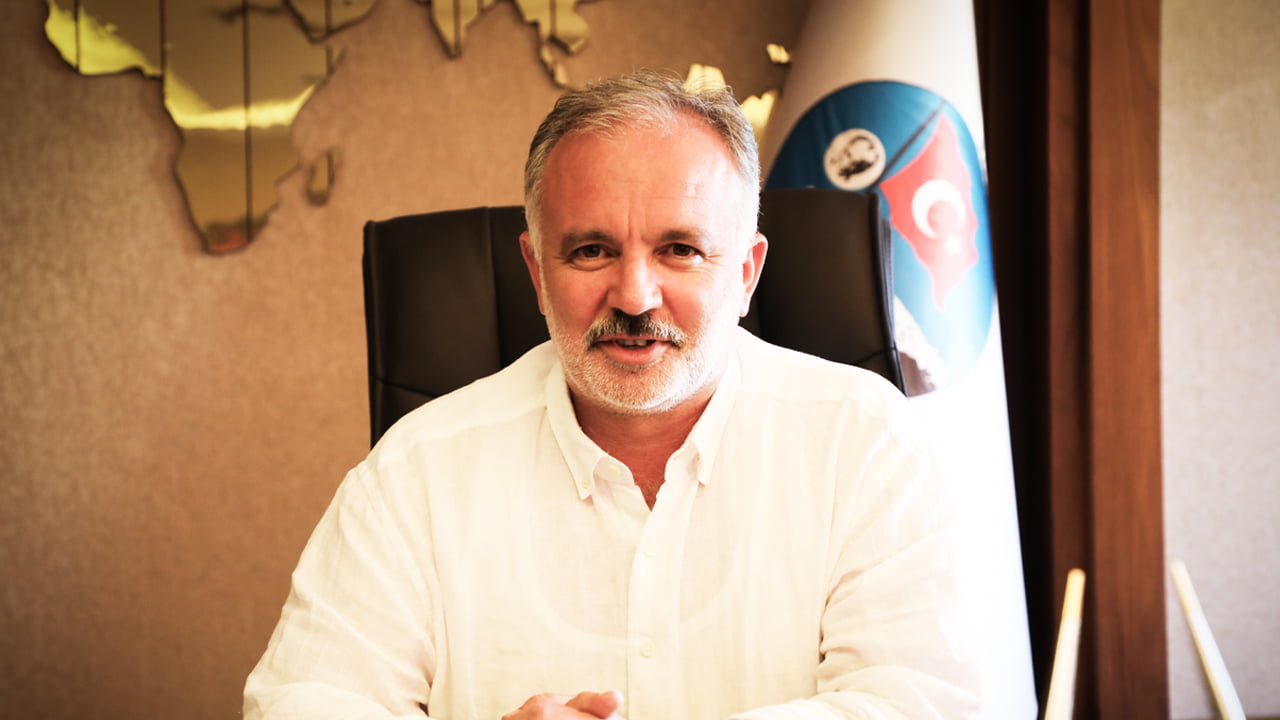 Kars Municipality is one of the first municipalities that comes to mind when we talk about examplary municipalism in Turkey. Can you comment?

Before the election, we roughly knew what kind of a situation Kars Municipality was in. We also had concerns especially due to our parliamentary questions which were left unanswered. First of all, we took over the municipality with a huge debt. We’re talking about the most indebted municipality in Turkey in proportion to population here, with a debt almost 100 times its monthly budget. In other words, a municipality with a budget of around 4 million has a 400 million debt. Secondly, there is no corporate identity left.

The most basic framework of the law regarding municipalism was completely destroyed. Therefore, we took over the municipality in this city at a point where increased graft, decay and the expectation of unfair income from the municipality was evident. Our most important goal has been to transform this municipality into a transparent, accountable, auditable, public interest-based model with participatory decision-making processes.

We pushed for the establishment of the City Council again. Together with the City Council, we have tried to reconstruct the corporate structure of the municipality positively in the social memory of the residents and the Non-Government Organisations (NGO’s). During this period, we undertook retrospective file analysis. Corruption allegations were examined and internal auditing mechanisms have been put in place. We have submitted our findings to the court and inspection units.

We have tried to eliminate past habits such as bribery, discrimination and unfair gain. The municipality has made significant progress in the past one and a half years. Garbage collection was perhaps the most controversial issue. We were in a situation where garbage could not be collected in a city during the peak tourism season. We are talking about a city here with no garbage trucks left. First, we entered into solidarity with neighbouring and nearby municipalities. We organized the garbage collection service with their equipment.

This year, we are working intensively on road works (maintenance and improvement). The roads in our city are currently the subject of jokes. This year, we are going to address these concerns to a large extent.
We are also trying to address the issue of very high water leakage. Almost a third of the water ‘consumed’ is through network leakage arising from faults and leaks in our networks.

Cooperative activities related to cultural activities and rural development in the city had not even been put on the agenda of the municipality before, but we are doing this now.

What obstacles have you faced?

The biggest obstacle to municipalism has been restriction of opportunity to serve the public as a result of the government appointing trustees in the very first months. I am sure our elected mayors, who are currently in prison, and our mayors who were dismissed and released pending their trial, would have provided a much more participatory system and more successful services. Unfortunately, many of our cities have been deprived of this opportunity. Against all odds, we have persevered.

But there are demands for dismissal of our staff due to ‘security investigations’. There have also initiated investigations into many of the services we provide. To add to this, apart from our financial share from the Provincial Bank, we still do not have even a garbage bin that we can additionally get from the centre. Nevertheless, a sense of self-sufficiency and protecting the municipality has developed in the city. The reason is that people observe that the money they pay into the municipality is returning to them as a service.

Consequently, there is a serious increase in our equity capital. Despite the Covid-19 epidemic and the economic crisis, we calculate that the share of our equity in the total budget will double, thanks to the sense of public ownership in the city. Furthermore, Kars has the lowest voting participation rate amongst the municipalities we won in Turkey. This is because of the city’s sociology and political balance. In Kars, not two but four or five parties compete at the elections. We are trying to make decisions with a participatory, compromising democracy. We are trying to gain sympathy from those who did not vote for us, by not allowing any discrimination or injustice to occur in our municipal service provision.

What kind of cooperation do you have with NGO’s?

Firstly, we held successful meetings with NGO’s and professional associations in order to reactivate the City Council. They are currently making a serious contribution to its successful functioning. The Youth, Women’s, Culture and Disabled People’s Chambers are the places where we meet and work together. We have spent a lot of time with them and we are going to cooperate with them more in the future. We have worked carefully with the Centre of Women’s Solidarity, for example. 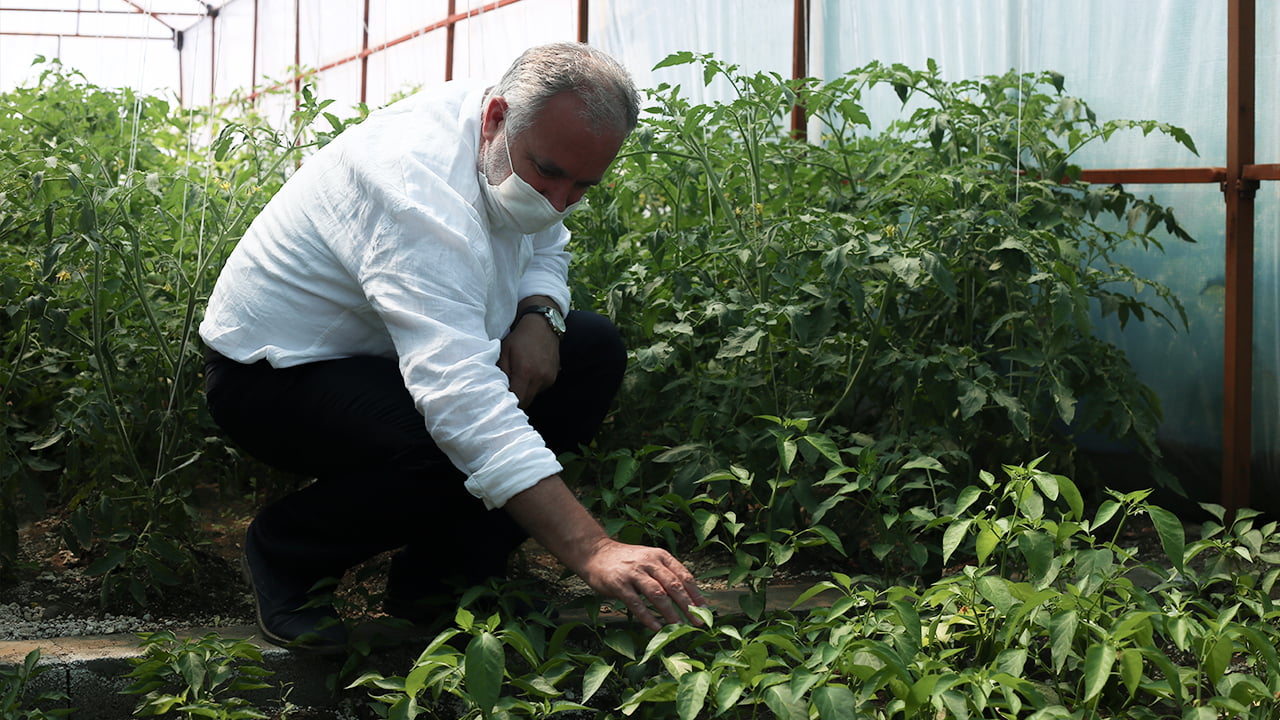 Of course, it is not possible for the municipality to improve its income before the economy of the city revives and improves with the participation of its small trades persons, producers and peasants. We need to build a solidarity-based economy. Enrichment of the economy cannot be achieved only by enlarging our building and construction sectors and by enlarging the income distribution gap among residents of the city.

Cooperatives, for us, can play a crucial role in enriching the economy. We believe that when the producers come together to rebuild the culture of solidarity in the city, they will create an environment that will enrich itself. We care about cooperatives in this respect, both to make the city’s products more valuable and to create a sales market for them. We plan to popularize and effectively market our local products such as geese, dairy products, cheddar cheese, beekeeping, red meat, apricots and cherries by branding them and marketing them nationwide successfully.

To promote cooperative initiatives with other areas, we are applying two kinds of principles. First, we are trying to establish a clearing house with our own neighborhood. We want to sell the products of other cooperatives and deliver them directly to the consumer. At the same time we want them to sell them our products. And Turkey has opened a new page in the cooperative system in that sense. Municipalities like ours should undoubtedly support this.

Without any doubt, we can also concentrate on alternative products that can be produced again and we can work together to sell goods in the Aegean, Mediterranean and Marmara regions.

Municipalities and institutions were significantly affected during the pandemic. How has it been in Kars?

We have done our best to provide disinfection services for public spaces in terms of hygiene. Apart from this, we continually try to organize programmes for the supervision of our trades persons to provide a more safe environment. We consider that even with our economic situation, we are not behind other powerful and wealthy municipalities in this regard.

“We want to build a self-sufficient economy”