Uruguay puts appointment of ambassador to Ankara on hold

Uruguay's Senate unanimously agreed on Tuesday to put on hold the appointment of an ambassador to Ankara, following an incident in which Turkey's Foreign Minister flashed a nationalist, racist hand sign at Armenians protesting around his car during his visit to Montenegro on 23 April.

Uruguay’s senate unanimously agreed on Tuesday to put on hold the appointment of Hugo Cayrús as the country’s next ambassador to Ankara, following Turkish Foreign Minister Mevlüt Çavuşoğlu’s controversial visit on 23 April.

Çavuşoğlu had flashed the nationalist ‘wolf’ symbol, used by racist groups in Turkey, towards Armenian protesters.

The minister had been in Montevideo for the inauguration of a Turkish embassy, a day before the anniversary of the Armenian Genocide.

Some 1.5 million Ottoman Armenians and other Anatolian Christians lost their lives in the genocide, which is considered to have started with an exile order against more than 2,000 Armenian intellectuals on 24 April 1915. Survivors now live around the world with a sizeable population in Uruguay.

Earlier this week, Çavuşoğlu defended the move and said his gesture had been a “necessary response to an unpleasant attitude”, according to Turkish daily Hürriyet. 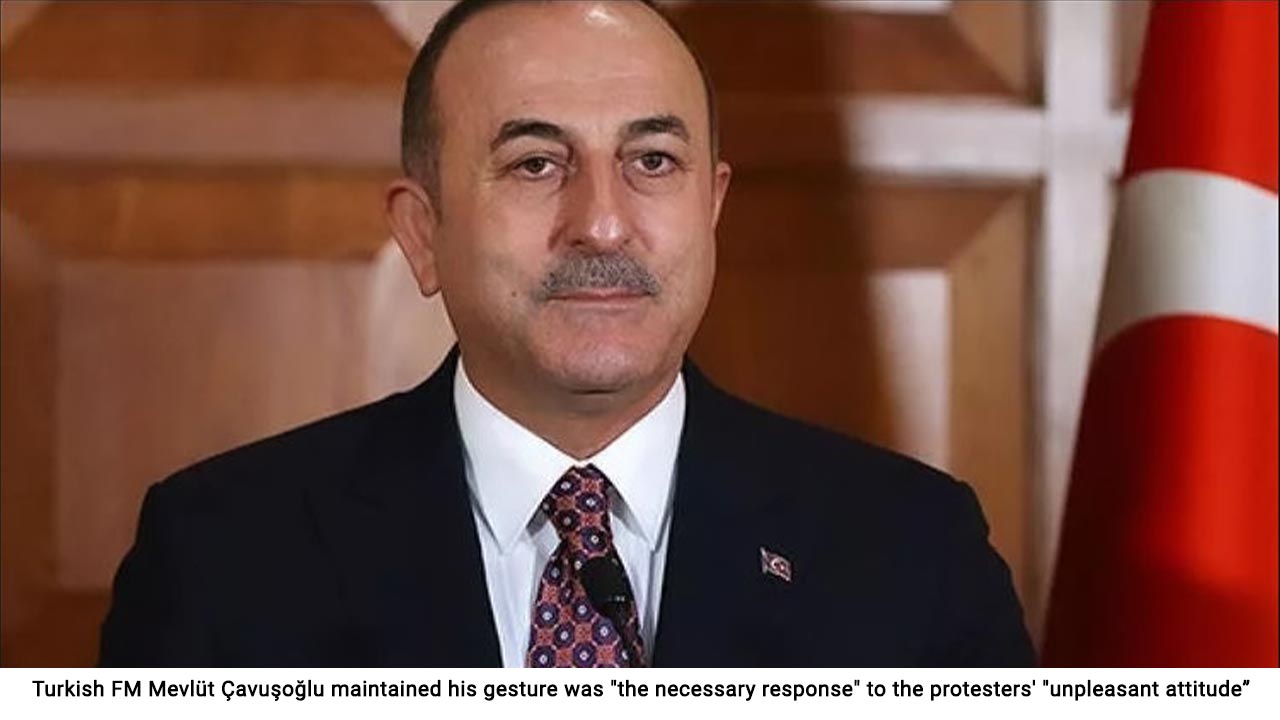 Çavuşoğlu told reporters that Uruguayan authorities had ensured the Turkish delegation that protesters would not be allowed to get close to them. According to the minister, a wreath laying ceremony was cancelled after the delegation was informed of possible demonstrations against Çavuşoğlu.

“After this unacceptable and ugly attitude, we gave the necessary response,” said Çavuşoğlu, adding that he did not consider his gesture an insult. “We said that we should look to the future.”

The decision of Uruguay’s senate was mooted by opposition Senator Liliam Kechichian, at whose request the Upper House agreed to send the dossier back to the International Affairs Committee. 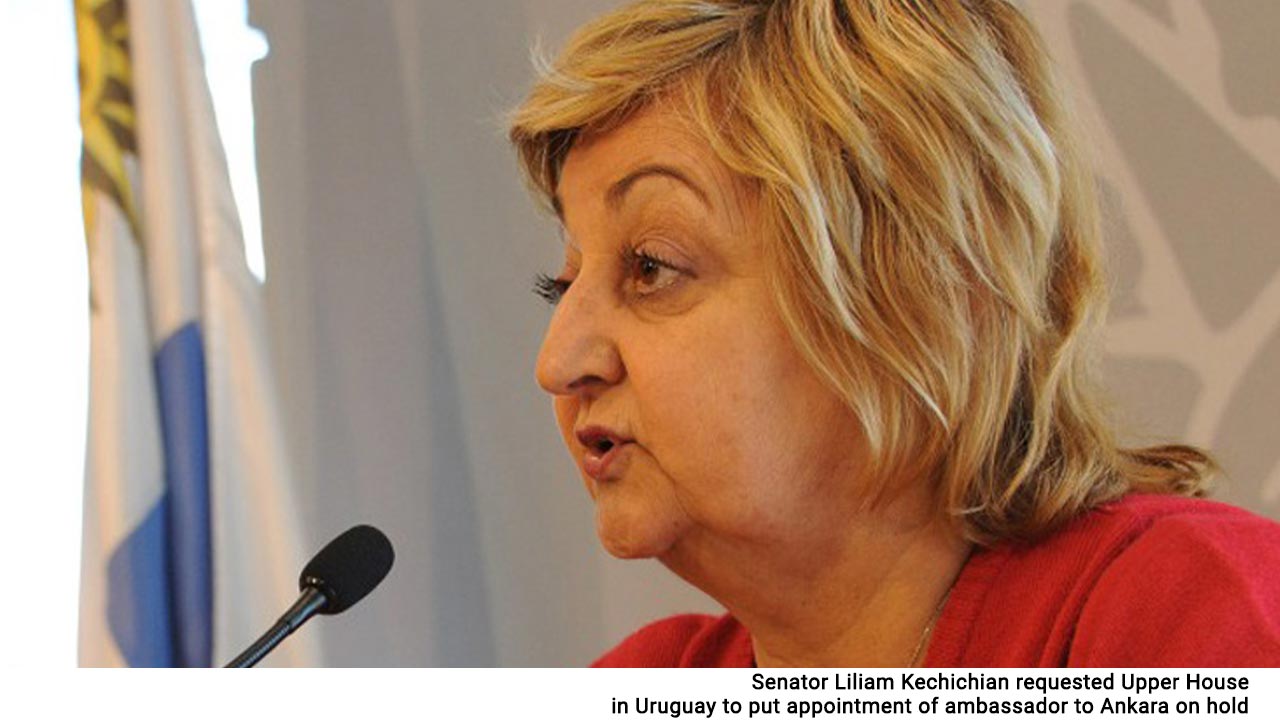 Kechichian said she would prefer the appointment to take place parallel to that of the ambassador to Armenia.

The Senate will now be waiting for Foreign Minister Francisco Bustillo to report on the current state of relations with Turkey after the incident.