The top Syrian Kurdish official’s comments come after the killing of four members of the region’s security forces in a Turkish drone strike in Ain Issa earlier on the same day.

The forces that were targeted are responsible for the security of cities and public bodies, as well as camps for Syria’s internally displaced populations, and the prisons and detention camps housing Islamic State (ISIS) members, Abdi said. “Targeting them threatens area’s security directly.”

Turkish drones targeted nine SDF fighters and four members of the region’s Internal Security Forces (ISF), as well as 13 civilians since 20 July, according to Abdi.

Turkey has increased the frequency of artillery shelling and drone strikes in the region after the Tehran Summit, despite failing to obtain a green light by Iran and Russia for its planned invasion of the region.

Building on old campaigns demanding a no-fly zone over Kurdish-controlled areas in north and east Syria, Syrian and Kurdish women gathered in Qamishlo to demand that the United Nations close Syrian airspace for all Turkish aerial activity. 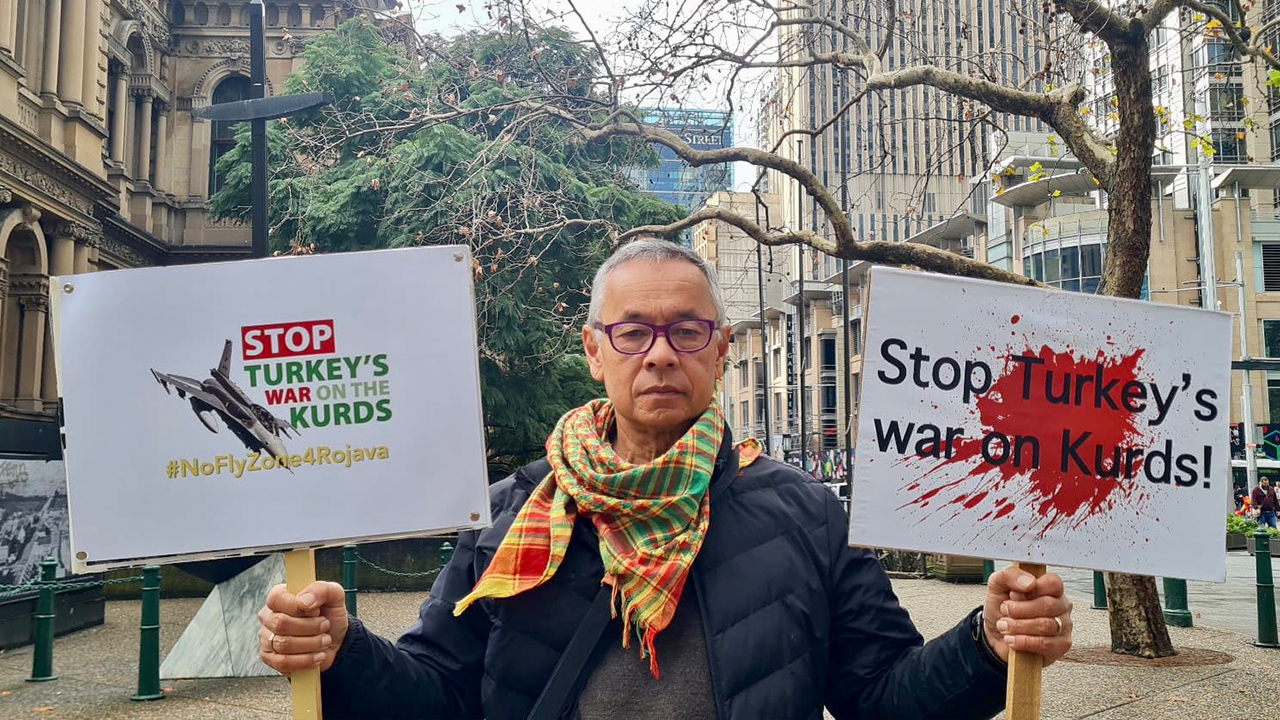