Turkish airstrikes have been carried out against a civilian vehicle in the old market vicinity of Sinjar, leaving two dead and one wounded.

Turkish war planes or drones today at around 12 pm have carried out airstrikes targeting a civilian vehicle in the old market area of the Yazidi city of Sinjar, in northern Iraq, according to ANF. Fatalities and casualties have been reported.

In the attack where the vehicle was targeted, two people lost their lives and one was wounded, according to Roj News.

The Sinjar Resistance Units (YBS) later announced that Seid Hesen, a commander of the YBS and İsa Xwededa, his nephew and a YBS fighter, had been killed in the air strike. The YBS also announced that three people, Medya Qasim Simo, Şamir Abbas Berces and Mirza Ali, had been wounded. 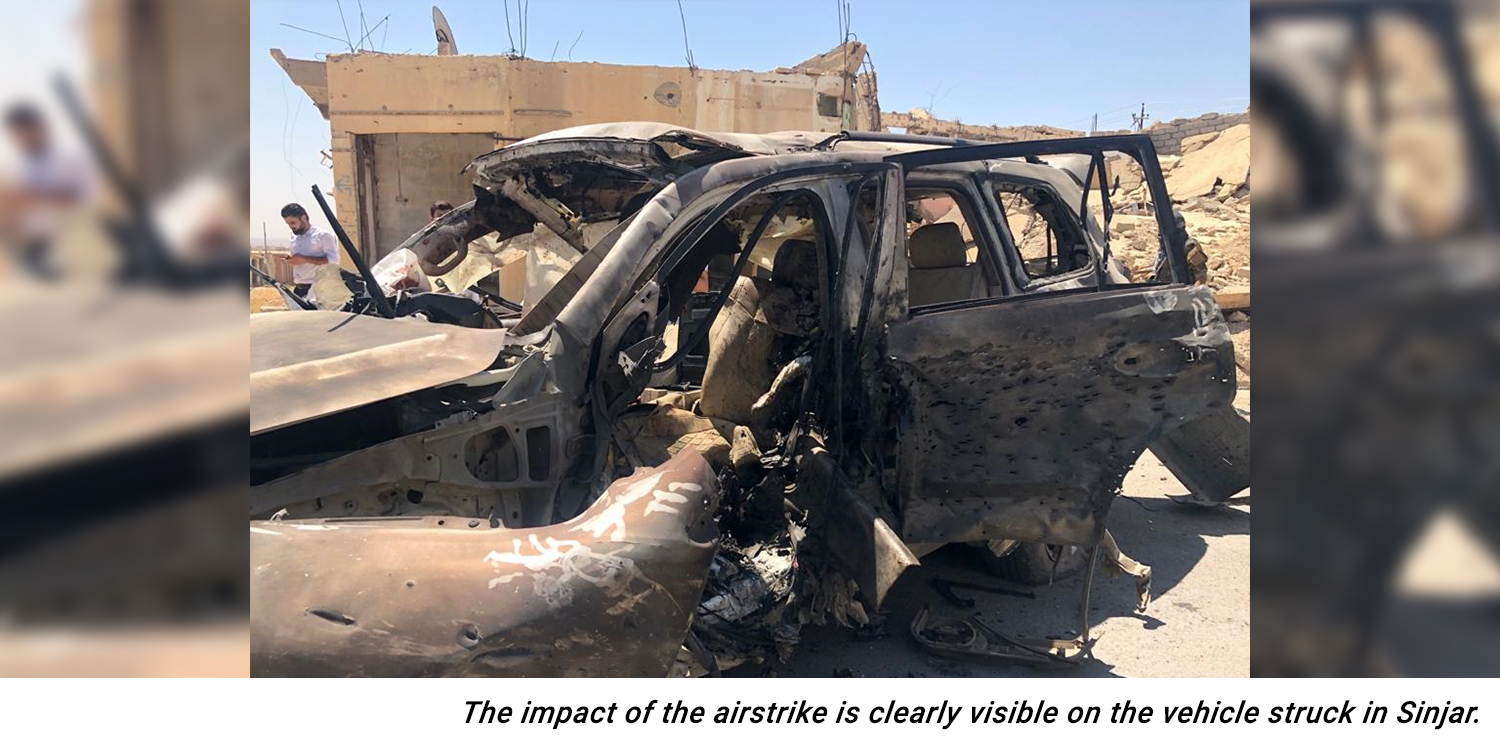 Citizens rushed to the scene and reacted to the attack as women were recorded on video crying and singing mournful laments.

In the video some black plastic bags are seen in front of a group of mourning women, local sources told Medya News that these bags contained some of the “body parts” of those who were inside the car and killed during the attack. 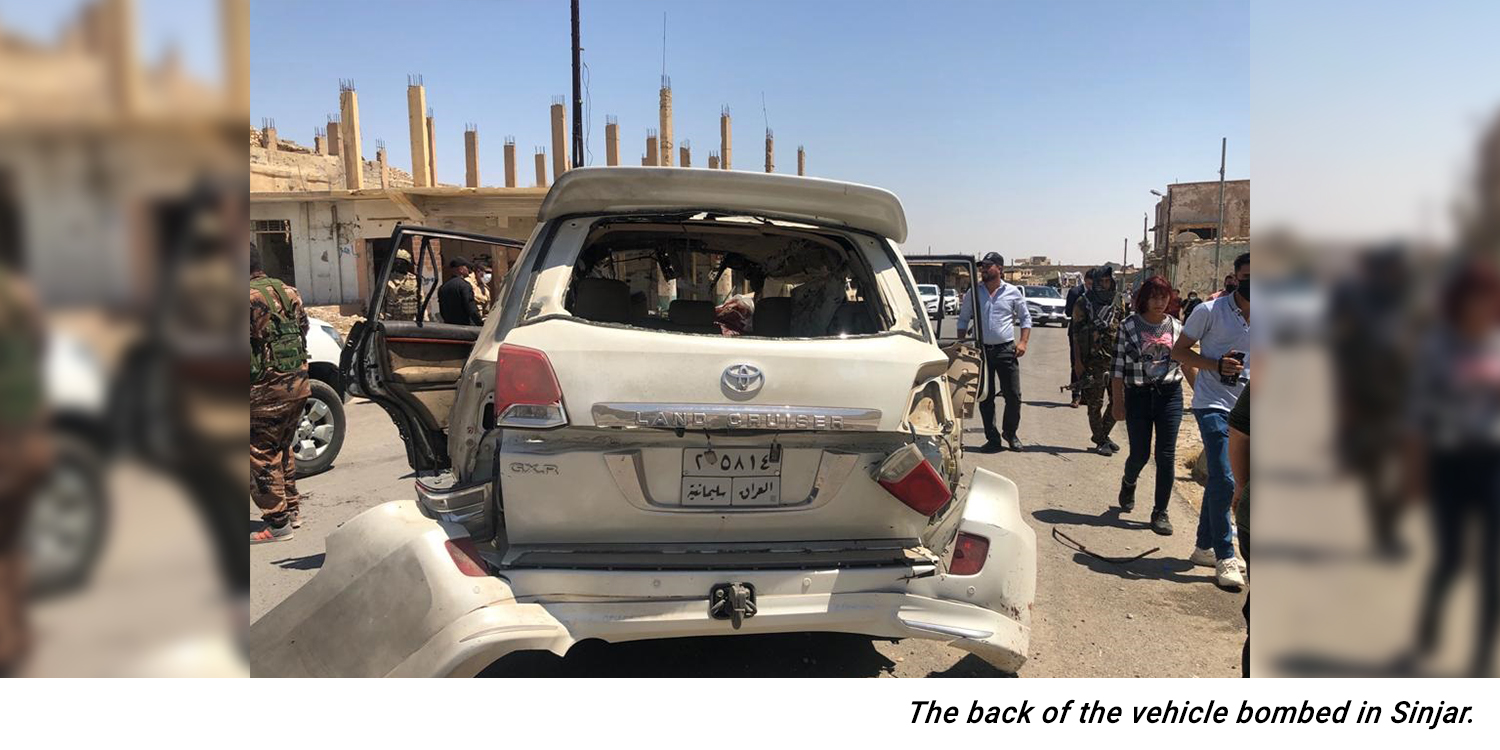 “I am at the market of Sinjar. Turkish war planes have bombed here, they hit the car you see here. There are martyrs and wounded here,” said a citizen recording the bombed car at the scene speaking in Kurdish in a video published by Roj News.

“Right now, Iraqi soldiers are here as well. We do not know who owned the car or why this car was chosen as a target. But it is the war planes of the invading Turkish army that is responsible for the attack,” the young man recording the video was heard saying.

On 30 June, Turkish unmanned drone missile strikes were carried out nearby against a Yazidi camp called Serdeşt camp on Mount Sinjar. 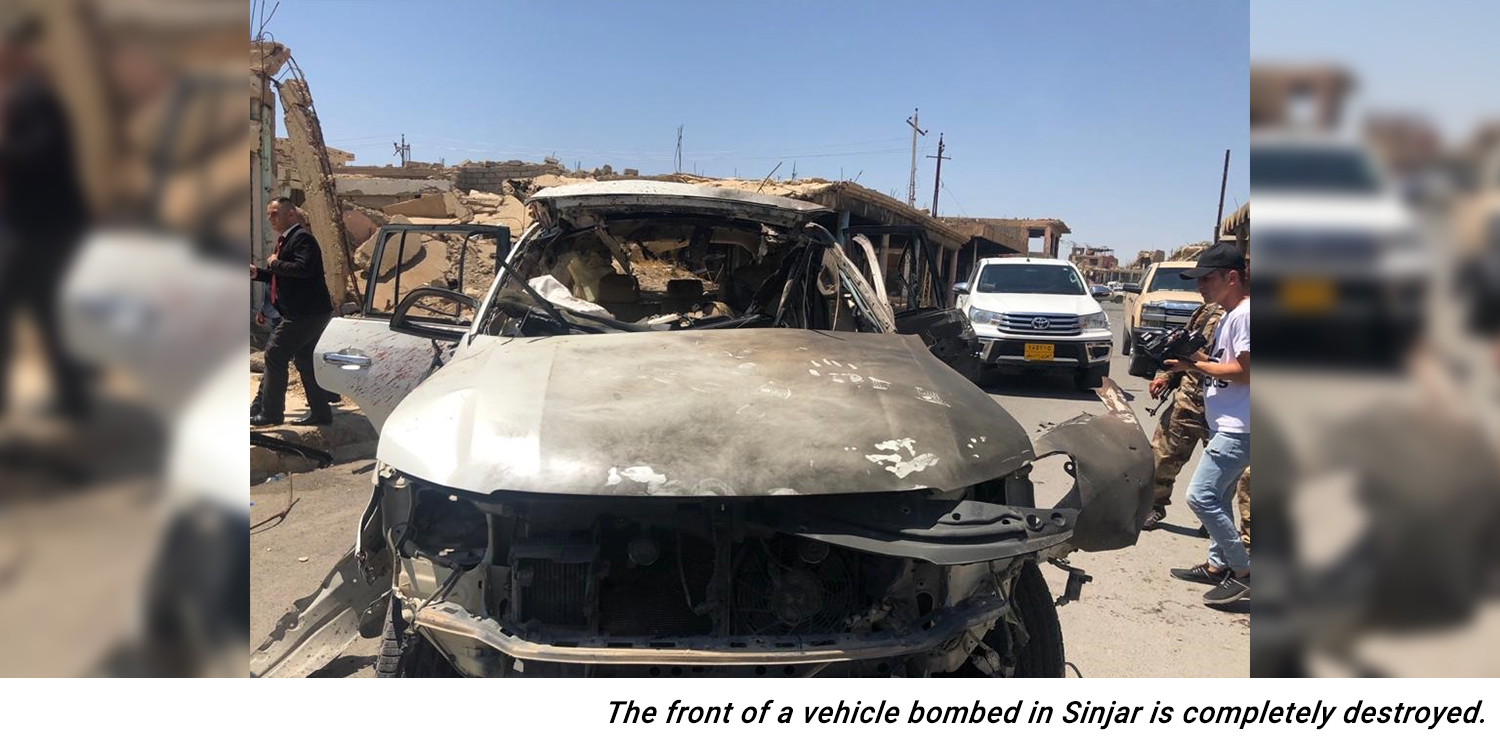