Turkey: Victim charged 16 years after bombing of his bookstore

A man whose bookshop was bombed in 2005 finds himself in the dock 16 years after the event, as the prosecutor now claims the perpetrators, previously convicted and sentenced, had actually been performing their duty and should be acquitted.

A bombing and murder case going back 16 years in Turkey takes a new turn as the prosecutor claims that the perpetrators, sentenced to 39 years in prison earlier in the trial proceedings, ought to be acquitted, and that it is actually the victim who was involved in criminal activity.

A bookshop in Turkey’s Kurdish-majority town of Şemdinli (Şemzînan) was bombed on 9 November 2005 and one person was killed as a result of the explosion. The bookshop’s owner Seferi Yılmaz and others chased after the person alleged to have placed the bomb and caught him together with another individual, as the two were trying to get into a vehicle parked nearby. 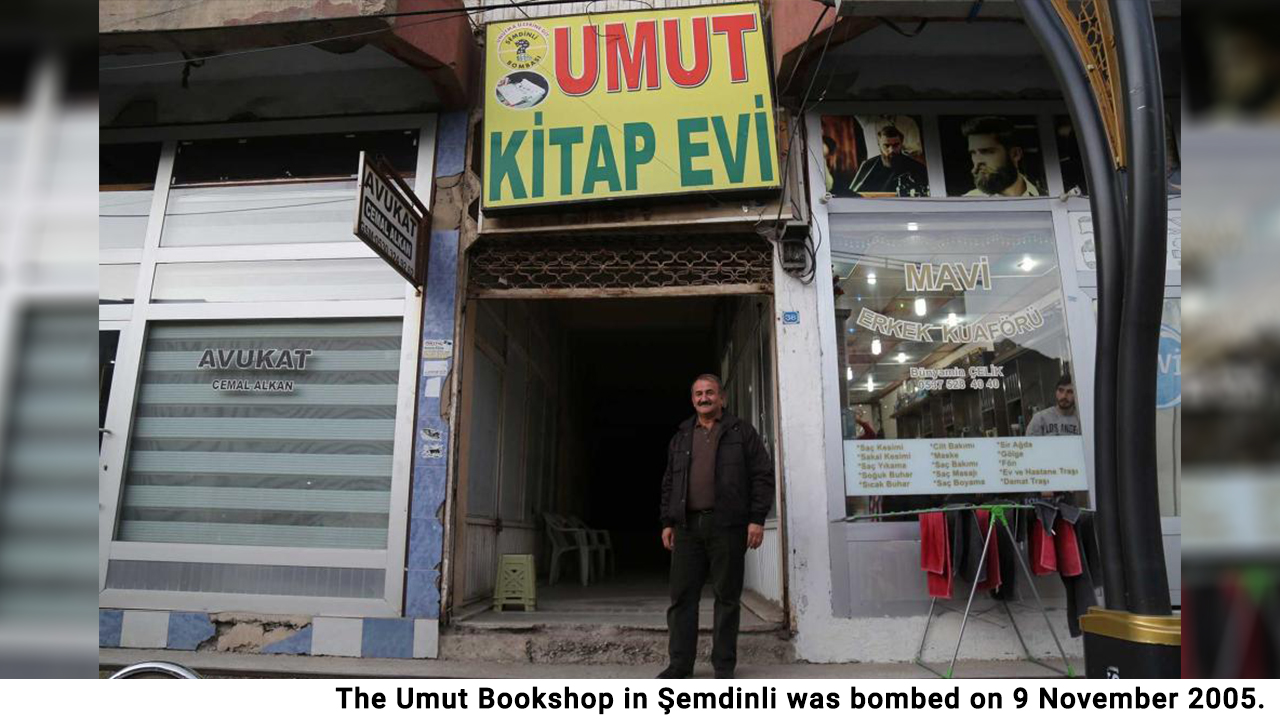 Military identification documents were seized on Ali Kaya and Özcan İldeniz, both of Gendarme Intelligence officers, and three AK-47 rifles, bomb-making materials, military vests and diagrams of the vicinity were found in the vehicle.

In 2006 Kaya, İldeniz and Veysel Ateş, a gendarme informer, faced trial in the bookshop bombing case, on charges of murder, attempted murder and forming an illegal association, and in 2012 they were comvicted.

The appeal court later overturned the ruling, and the legal process started again. In October 2017 the three were acquitted of the charge of forming an illegal association, but the trial resumed on the other two charges.

The owner of the bookstore Seferi Yılmaz was detained many times after the incident, and was even sentenced to a year in prison on a charge of ‘speaking in favour of a criminal.’ More recently, in March 2020, he discovered a surveillance bug planted in his home. 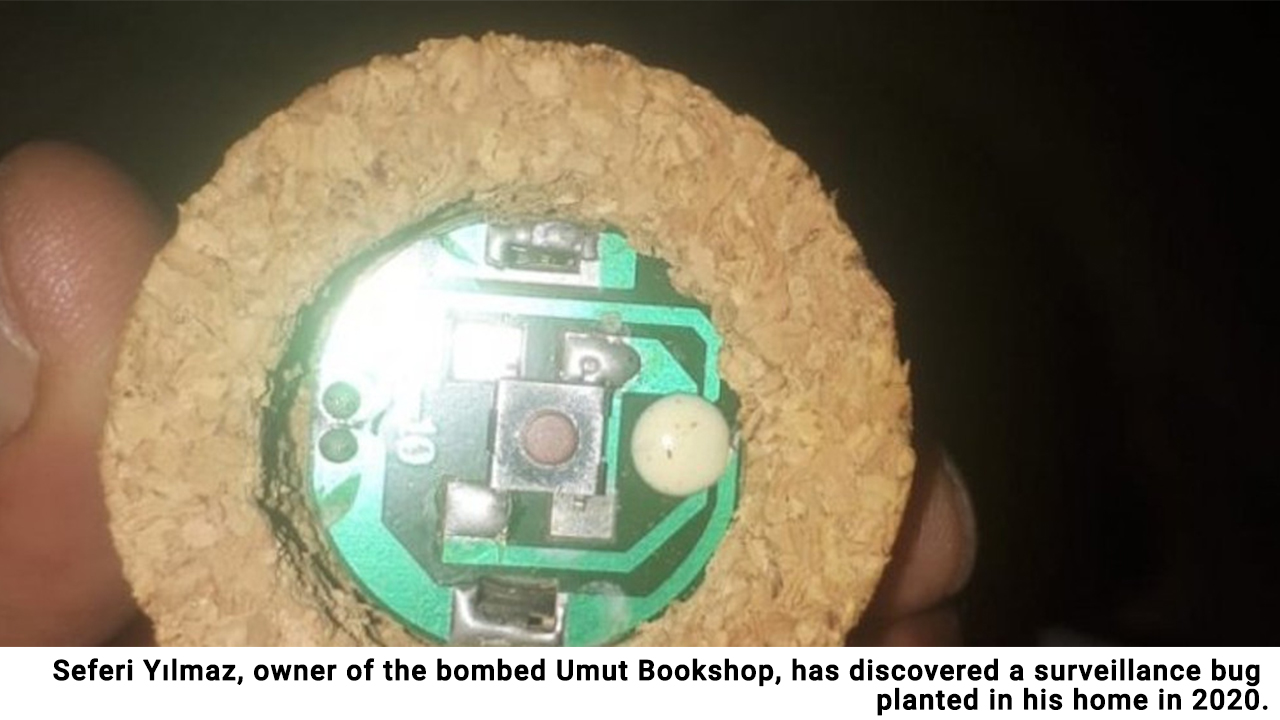 In a hearing on Friday, the prosecutor claimed that Yılmaz was a member of a terrorist organisation and that the accused military personnel had actually been performing their official duty of keeping him under surveillance at the time of the bombing incident, reported Mezopotamya News Agency (MA).

Speaking to MA, Yılmaz said that they were trying to get the perpetrators acquitted even though they had been caught redhanded in possession of extensive evidence immediately after the incident.

“The prosecutor made a point of gathering all the documents relating to cases I was tried in in the past for being a member of the Democratic People’s Party (DEHAP) and for my involvement in democratic politics, cases in which I was acquitted – which he also noted in his argument,” he said.

“This means that the killing of someone allegedly affiliated with a terrorist organisation is acceptable to him.”

Yılmaz indicated that although three perpetrators had been found guilty and received prison sentences, the organisation behind the bombing was never prosecuted or investigated.

“The judiciary, despite all the pressure and the lack of means, nevertheless revealed the political consequences of the incident, while at the same time it preferred to act cautiously and limited the case to only three culprits. However, the incident was not limited to three people. That was state policy. Unfortunately they sentenced only three perpetrators to 40 years imprisonment and tried to close the matter there… This is not a personal case. It was in the public interest and everything occurred in the public eye. If we want justice to be served in Turkey, all democratic organisations, NGOs, bar associations, MPs and opposition leaders need to intervene in the trial.”