Turkey: Large gathering in Izmir as the trial for the murder of Deniz Poyraz begins

Onur Gencer is the only person indicted for the murder of Deniz Poyraz despite reports that he has ties with the Turkish military and that he posted pictures of himself carrying assault weapons on social media with a note that read 'back from mission'.

As a large crowd gathered before the court session of the trial for the person accused of the murder of Deniz Poyraz in İzmir, Turkey, a women’s solidarity network made a public statement.

Poyraz, a member of the pro-Kurdish People’s Democratic Party (HDP), was killed in an armed assault on the İzmir office of the party on 17 June 2021.

Didar Gül, a member of the women’s solidarity platform ‘Women Are Strong Together’ addressed the crowd carrying placards that read ‘Deniz Poyraz is our rebellion’.

“For this reason, it signifies the cause of the Kurds, women, the poor, and people who were ignored and killed in thousands. The police who have blocked city squares in recent years to all human rights groups, to Kurds, to Alevis, to workers, the unemployed, women and the LGBTI+, does not take any precautions and even turns a blind eye to attacks when the Kurdish people, the HDP and the workers, targeted everyday by gangs, are concerned.”

The mother of Deniz Poyraz, Fehime Poyraz spoke to Mezopotamya News Agency before the court session.

“This trial does not concern only me; it concerns all the Kurdish people and those who are in solidarity with the Kurds. I’m grateful that they have not left us alone even for a second. We are aware that the person who murdered Deniz is not alone either. There are others behind him. Those people are more powerful than the murderer. They must be punished as well.” 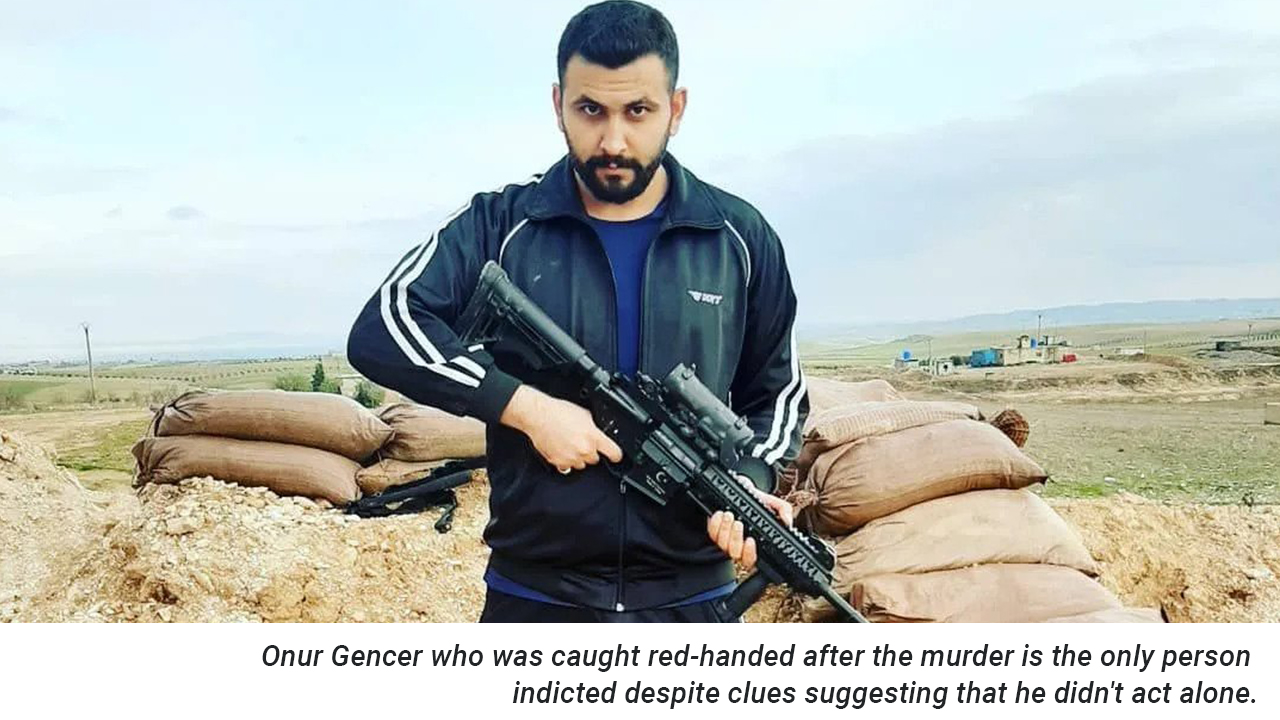 Onur Gencer, who had been caught red-handed right after he murdered Deniz Poyraz and who had reportedly served in Turkey’s military operations in Syria, is the sole person who has been indicted.

The Turkish defence minister Hulusi Akar was earlier asked by an MP in the Turkish parliament with reference to a note by Gencer on his social media account that read ‘back from mission’ what the nature of ‘the mission’ was.

Akar had replied: “The issues in question do not have anything to do with our ministry.”