Army links of the person who killed Deniz Poyraz, a young HDP member, have been brushed aside by minister Hulusi Akar in his response to a parliamentary question, despite evidence to the contrary.

The Turkish Defence Minister stated that questions that were addressed by an MP to his ministry in the Turkish parliament – concerning a person on trial for murdering a member of the People’s Democratic Pary (HDP) – ‘had nothing to do with the ministry,’ even though it had come to light earlier that the person in question had served as an emergency medic for the Turkish Armed Forces.

Alpay Antmen, MP for the Republican People’s Party (CHP), had filed a parliamentary question about Onur Gencer, who killed young HDP member Deniz Poyraz on 17 June 2021 at the HDP’s Izmir office and who was revealed to have served for the Turkish army in Syria, ANKA News Agency reported.

Antmen had indicated in his parliamentary question that Onur Gencer had photos showing him carrying assault weapons in Aleppo and Minbic (Syria), and that there were claims that had been made about his links with the Turkish private military contractor SADAT. 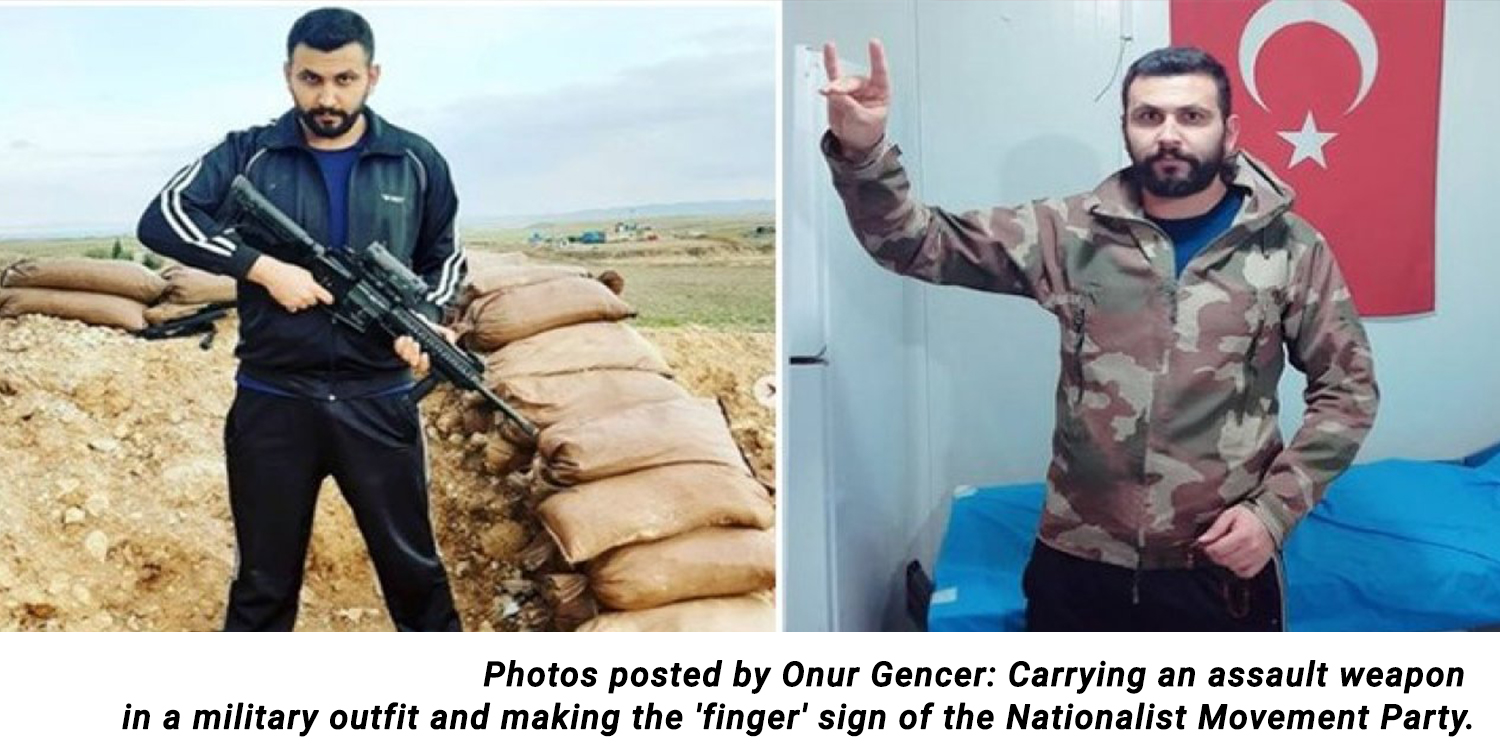 Referring to a photo posted by Gencer on social media with a note reading ‘back from mission,’ Antmen asked the Turkish Defence Minister Hulusi Akar: “What is the nature of the ‘mission’ that Gencer mentions? Through what means and by the assistance of whom was he able to get abroad and come back? How and from which sources was he able to provide assault weapons?”

Akar replied: “The issues in question do not have anything to do with our ministry.”

ANKA also reported that the indictment for Onur Gencer did not provide any information concerning such issues either.

The indictment stated: “No evidence could be provided in investigations regarding claims that the suspect had military training in Syria with SADAT, as Health Ministry communications, hotel registrations, phone communication data and bus-flight fares show that he was in Syria in the service of the Health Ministry in 2020.”

There is also a note in the indictment which says: “A person registered in Gencer’s cellular as ‘Komando Burhan’ called Gencer immediately after the murder, though an arrangement for getting a statement from that person couldn’t be made since he was a [member of the] military personnel in Syria.”