Turkey: Chief suspect in murder trial in custody again for the murder of another woman

The chief suspect of a Turkish woman's murder last year has been detained for the murder of another woman, who was been found dead yesterday in Ankara.

Ümitcan Uygun, the suspect in the ongoing murder trial of Sema Esen (21) has been arrested again after controversially being released from detention, this time in connection with the murder of another woman, Esra Hankulu (25)

Last year, Sema Esen who was known as Aleyna Çakır, was found dead in her house last year in Ankara.

Ümitcan Uygun, the chief suspect of her killing who had also been violent towards her was detained on 10 January.

He was arrested after he posted a video showing him doing drugs on social media and the violence he committed against Aleyna Çakır before her death.

While on trial for murder, Uygun was jailed seperately on ‘inciting drug use’ charges for nearly 6 months. He was released on 17 July after his lawyer appealed against his detention. But as his trial regarding the murder of Aleyna Çakır was still ongoing, women’s organisations and the family of Çakır responded to his release by warning “You might be releasing a murderer”

Now, Ümitcan Uygun, has again been detained this time regarding the suspicious death of another woman, Esra Hankulu (25), who was found dead in her home yesterday. Uygun stayed at the woman’s house the night before her death, MA reports.

Esra Hankulu’s body was found in the house in the Akdere District of Mamak in Ankara. After the investigation, the Ankara police determined that the chief suspect in the Aleyna Çakır murder case, Ümitcan Uygun, was the last person that Esra Hankulu had met.

According to witness statements, it was also learned that Hankulu called her friends in the evening and said that her psychology was not good and that she had wanted to go to visit her father’s grave. Her friends also testified at the police station saying that Ümitcan Uygun was also staying at her home that night.

Hankulu’s cell phone was not found during a search of the house. Uygun was held in custody after the incident and continues to be held at the police station.

The incident has created outrage on social media. 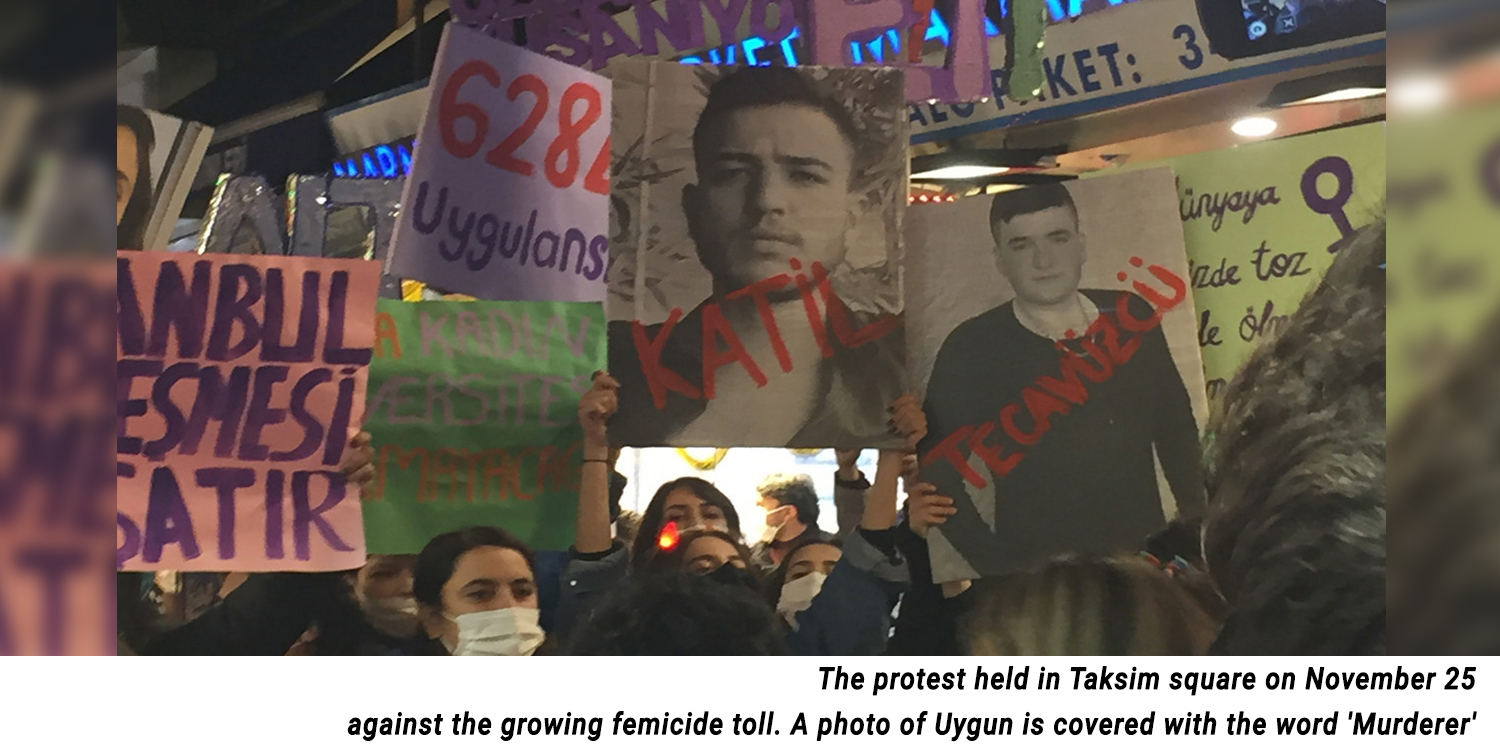 Several women organisations joined the online protests on Twitter highlighting Turkey’s ever-growing femicide toll and the release of the suspected killer of the two women, Ümitcan Uygun, just a few weeks ago.

“A suspect for the murder of a woman was released to kill another woman #ÜmitCanUygun. Unless you actually prevent the murders, as now you only watch the killers, you will cause more women to die,” said a feminist collective account Women Are Strong Together (Kadınlar Birlikte Güçlü) on Twitter.

The protesters on social media also called for the implementation of the Istanbul Convention on preventing and combating violence against women and domestic violence.  Feminist collective Purple Solidarity (Mor Dayanışma) stated on Twitter: “The government withdrew from the #IstanbulConvention, the male judiciary, who released the perpetrators will answer to the women! We do not recognise the decision. The suspect #ÜmitCanUygun should be arrested immediately! The perpetrators must be punished,”