Several Yazidis in Iraq's Sinjar region were injured on Tuesday when Iraqi Kurdish security forces opened fire on a protest against a recent Turkish drone attack.

Several Yazidi people were injured by Iraqi Kurdish security forces at a demonstration in northern Iraq’s Sinjar region on Tuesday, protesting against the Turkish drone attack on a village in Sinjar’s Khanesor, Roj News reported.

The crowd were also protesting the ruling Kurdistan Democratic Party (KDP)’s permissive stance towards Turkey’s military operations in Iraqi Kurdistan which have resulted in numerous lethal attacks on civilians. 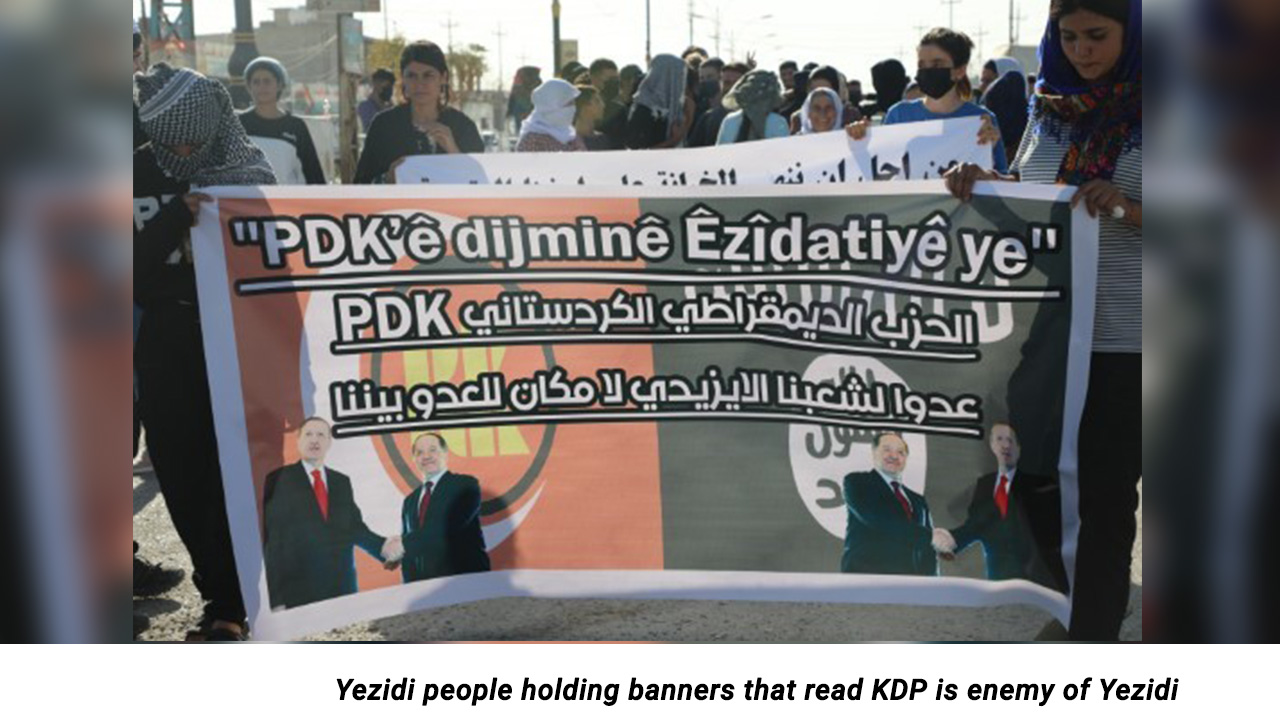 Young people holding placards that read “KDP is the enemy of Yezidi people, there is no place for the enemy in Sinjar” made their way to the office of EPS leader Heyder Sesho, which they broke into and set on fire. At that point, EPS fighters opened fire on them.

On 15 June, a Turkish drone targeted the People’s Assembly building in Sinun district, resulting in the death of a 12-year-old Yezidi child.

While the Iraqi central government has frequently lodged vocal protests against Turkey’s long-running military presence in the autonomous Kurdistan Region of Iraq, the Iraqi Kurdish government has attracted criticism for a stance that is seen by many as soft-line.