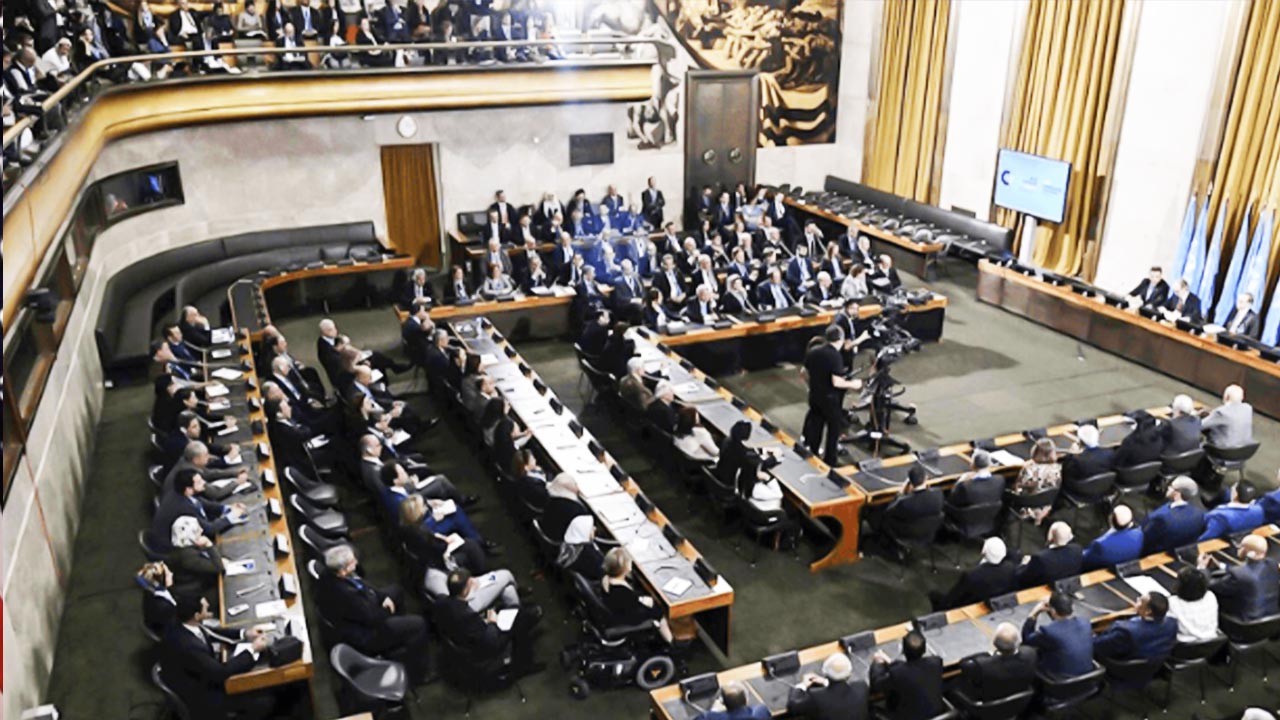 In late August, the UN-sponsored Syrian Constitutional Committee (SCC) began a new round of meetings in Geneva. The 150-member committee, which was established in 2019, is tasked with creating a future constitution for Syria that all sides of the country’s decade-long civil war can agree to. Fifty of its members were appointed by the Syrian government, fifty by the opposition High Negotiations Committee, and fifty by the United Nations.

The talks completely exclude the Syrian Democratic Forces (SDF) and the Autonomous Administration of North and East Syria (AANES – also known as Rojava), largely due to Turkish pressure. This failure has serious consequences for the success of any agreement the committee may eventually reach. The SDF is the official defense force of AANES.

One area where the exclusion of the AANES will be particularly detrimental is the question of women’s rights. The AANES is the only political authority in Syria to not only have proposed measures to empower women, but to have implemented those policies in practice. Allowing the government and mainstream opposition to determine future constitutional protection for Syrian women means that this practical experience will be completely erased.

The United Nations has lauded the fact that 30% of the members of the Committee are women. This is, indeed, a higher rate of women’s representation than is seen in many government and opposition institutions: Women make up 11.2% of the Syrian parliament, 10% of the General Body of the opposition Syrian National Council, and just 2% of opposition local councils in Idlib. All these figures are well below the regional average of 14.5% women in national parliaments in the Middle East, as calculated by the Inter-Parliamentary Union.

However, the Committee’s figure is lower than the 40% quota for women’s representation that has been mandatory in all Autonomous Administration councils and assemblies for nearly a decade. The quota had been proposed as early as 2011 by Kongreya Star (then Yekitiya Star), the confederation of women’s organizations in the region. It was formalized in the constitution adopted by Afrin, Kobane and Cizire Cantons in 2014. As early as 2013, one survey of civil institutions in Afrin Canton suggested that as many as 65% of people working in political and civil institutions there were women. Today, 42% of the members of the Executive Council of the AANES are women: eleven Kurds, seven Arabs, three Turkmen and two Assyrians.

The AANES has also implemented a co-chair system to ensure that all leadership positions are shared by one woman and one man, often representing different ethnic and religious communities. This is codified in Article 12 of the region’s Social Contract, which was adopted in all areas held by the SDF as of 2017. Neither the opposition, nor the Syrian government, has ever had a female leader, and the leaders of each respective delegation to the Constitutional Committee are Arab men.

Whilst disparities in women’s representation are telling, the disparities in legal protection for women’s rights between the AANES and the rest of Syria are particularly relevant for the Constitutional Committee. The laws and policies that different political entities in the country enforce today are the best indicator of what laws and policies they would likely enshrine in a post-war constitution. While AANES law mandates gender equality, the government and the opposition currently enforce laws that discriminate against women and protect abusive men.

Under Syrian law, men can forbid their wives from working outside the home, and marriage, divorce and inheritance are governed by religious provisions that disadvantage women. Until this year, the perpetrators of so-called honour killings could walk away with lighter sentences than other murderers.

Little is known about the civilian legal system in opposition-held areas. Turkish-backed Syrian National Army (SNA) militias play an outsourced role in governance, often detaining civilians on false charges and expropriating property at will. These groups have allegedly been responsible for kidnapping women and girls, sexual violence, forced marriages and other gross human rights abuses targeting women. Civilian authorities are either unwilling or unable to stop this behaviour.

One element of opposition law and governance that is known is their propensity for hard-line Islamist conservatism. The first court to be established in Turkish-occupied regions reportedly enforces Syrian law under the constitution of 1950 – but with all principles that violate Islamic law removed. One disturbing fatwa issued by the Istanbul-based Syrian Islamic Council states that the murders of women by men constitute “an act of jealousy consistent with human instinct” and are, thus, sometimes permissible. Another legitimizes brutal SNA treatment of detainees. When

The AANES, in contrast, has actively changed discriminatory laws – while also working to fight the social attitudes that justify them. In 2014, they put forward a set of laws meant to address gender inequality, after consulting with a committee of twenty five women from different women’s organizations. These provisions removed religious principles from all issues of personal status, making marriage and divorce civil proceedings in which women and men had equal rights. They explicitly criminalized all forms of gender-based violence and ensured that representatives of women’s organizations would be present in legislative debates and criminal trials relating to women’s issues.

The AANES has created a practical model for empowering women and fighting patriarchal violence that can be successfully implemented under unforgiving political and economic conditions. By excluding representatives of their administration from negotiations, the Constitutional Committee and its backers are ignoring this model – whilst allowing groups that discriminate against women to consolidate their influence over Syria’s future. Until the women of North and East Syria are able to insist that the policies and institutions they fought to build are adopted across the country, any protection for women that the Committee is able to agree on will likely only exist on paper.