The rising violence against women in Turkey 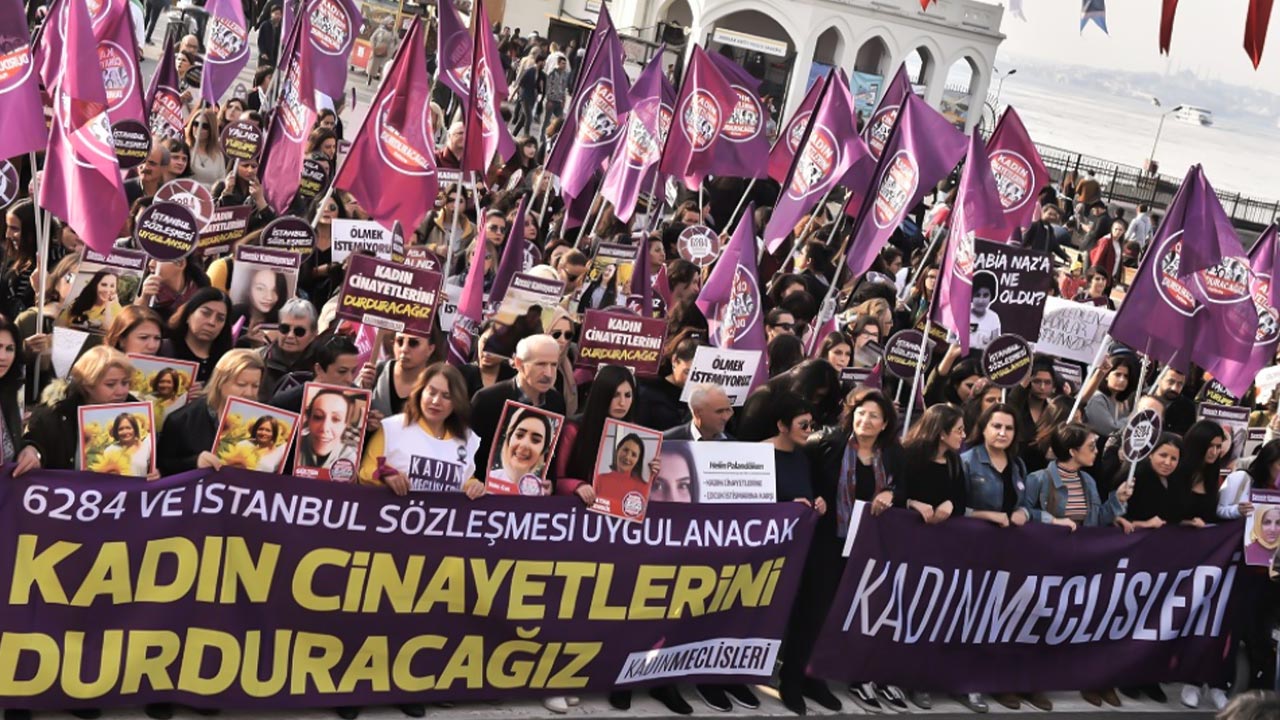 In 2011, Turkey was one of the first countries to sign the convention known as the Istanbul Convention. The Istanbul Convention is a Council of Europe treaty that is aimed at preventing violence against women, providing victim protection and ending the impunity of perpetrators of such violence. Turkey was the first country to ratify the Convention in 2012. However, although there is a high femicide rate in the country, Turkey’s current government has expressed its desire to roll back the legislation on the grounds that it threatens traditional family values and encourages divorce and “immoral lifestyles”.

Justice and Development Party (AKP) deputy chair Numan Kurtulmuş, in a recent television programme, called the Istanbul convention “very wrong” and suggested it tended to mainly favour “marginal elements in relation to LGBT (Lesbians, Gays, Bisexuals and Transgendered people) in Turkish society. However, women’s rights defenders and many feminist groups criticised the statement and there have been many women’s protests against the government’s stance regarding the Istanbul Convention.

Violence against women is a major concern and women’s, human rights and public interest groups have drawn attention to numerous cultural and institutional practices that violate women’s rights in Turkey. They have also noted the weak legal sanctions that exist at societal level, including insufficient efforts in Turkey to provide victim protection and end the impunity of perpetrators of violence against women.

According to the first comprehensive Turkish nationwide survey in 2009 (published by the Turkish Republic Prime Ministry Directorate General on the Status of Women, ICON Institute Public Sector and BNB Consulting in 2009), 42% of women aged 15-60 years had suffered from some physical or sexual violence by their husbands or partners. The same study asserted that 18% of women in rural and 14% of women in urban areas experienced sexual violence.

However, many human and women’s rights groups and academics have suggested that government statistics relating to violence against women are unreliable and often differ from non-government organisation (NGO) statistics.

A different nationwide survey suggested that 34% of women throughout Turkey had been subjected to physical violence by their husbands in their lifetime, and this number increased to 40% for women from the Eastern part of Turkey.

According to the We Will Stop Femicides Platform, a rights group that campaigns against violence against women, at least 474 women were murdered in Turkey in 2019, mostly by partners and relatives. This figure, the Platform stated, represented the highest number of murders of women in a decade. The numbers of women murdered in 2020, due to the effects of the coronavirus pandemic and related lockdown, are expected to be even higher.

According to monthly data prepared by Jin News, 24 women were murdered and 18 women suspiciously died in September alone. Nine women faced violence and death threats and 13 children were reportedly abused.

Hülya Gülbahar, the Equality Monitoring Women’s Group spokesperson, recently told Birartıbir Journal: ”When you say ‘stay at home’ to men and women, it should be understood that homes are dangerous places for women. The crime scene of 12 of the 18 women who were killed by men in the first 15 days after the coronavirus outbreak was in their house”.

The rising violence against women in Turkey