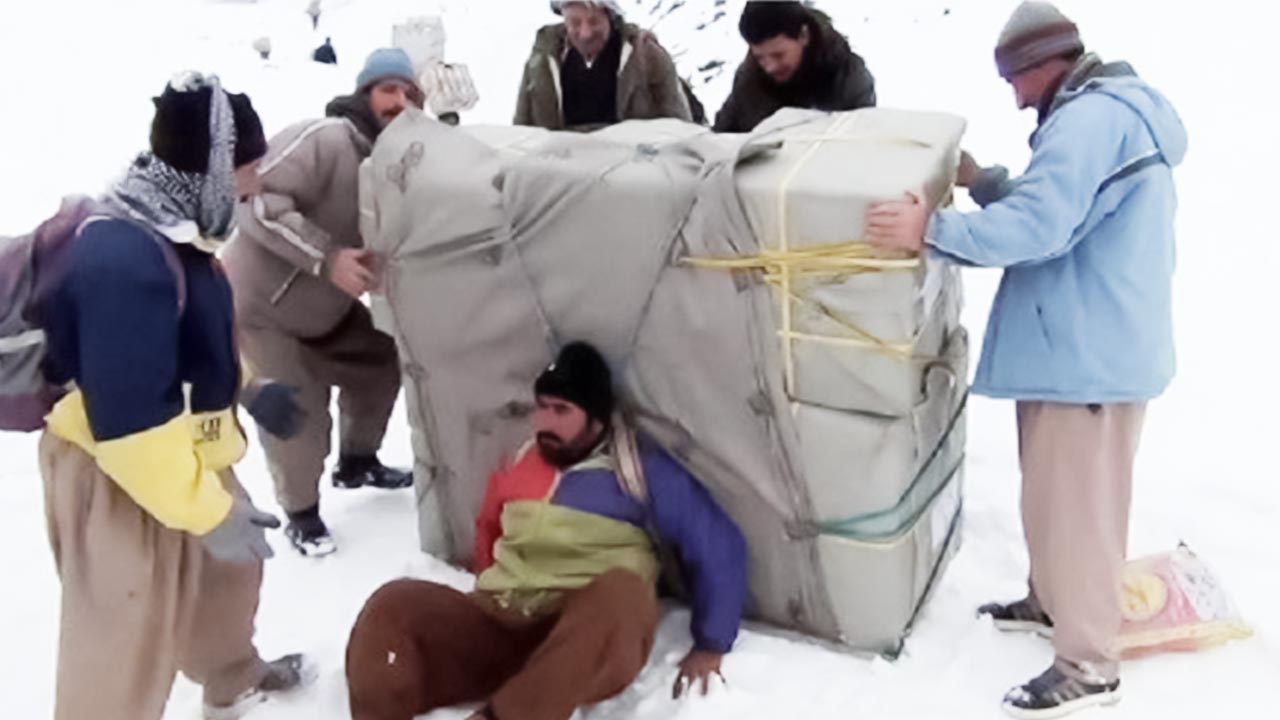 The world learned about the stories of the ‘kolbars’ through Iranian director Bahman Ghobadi’s cult movie, ‘A Time for Drunken Horses‘. An Iranian (Kurdish/Persian) film produced in Iran, it was a co-winner of the Caméra d’Or award at the Cannes Film Festival in 2000. Peter Bradshaw from The Guardian described it as “a very remarkable film: a blazingly passionate, spiritual bulletin from a contemporary front-line of almost unimaginable hardship”.

‘Smugglers’ are called ‘kolber’ in Kurdish and ‘kolbar’ in Persian. These stories by Hicran Ürün have been translated from Yeni Yasam.

Border trade is not only a trade. It actually represents a connection between Kurds from different sides of the border, who have been separated from each other through divisions that were created through the formation of modern nation-states in the region. It represents a way of connecting with relatives who live on each side of the border. It also represents the only source of income for many villagers who live along the border. These Kurdish villagers are called ‘smugglers’ in Turkey and ‘kolbars’ in Iran.

‘Kolbars’ walk for miles carrying heavy packages through minefields and often come under heavy fire from Iranian and Turkish soldiers. Tens of Kurdish ‘kolbars’ die in these circumstances or are injured or arrested. According to the Kurdistan Human Rights Association, over the past three years alone, at least 245 ‘kolbars’ have been killed this way. More than 300 have reportedly been injured. However, these numbers represent just the tip of the iceberg. The real number of ‘kolbar’ deaths is far higher. 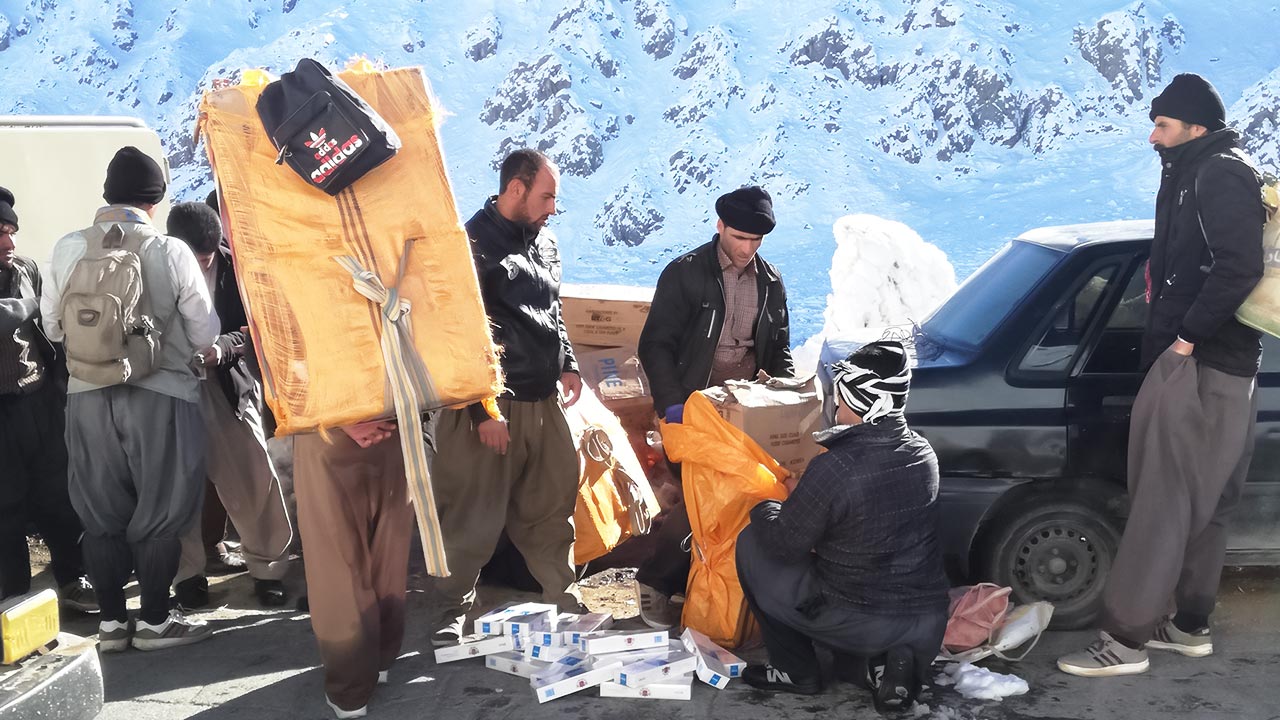 ‘M.E.’ is a ‘kolbar’ from the Qeleni district of Iran. He has been doing this job since he was a child, just like his father and grandfather.

“People do this because they are hungry. There is no other job, so people are compelled to do it”, he says. He mostly transports cigarettes across the border. ‘M.E.’ was also shot by Turkish soldiers on two occasions. This is the cost that he pays for this job.

Soldiers sometimes seize their goods, beat them and send them back to Iran. “The best thing is not to be caught”, he says. Sometimes, they have to leave their goods behind in order not to be apprehended and just have to flee. 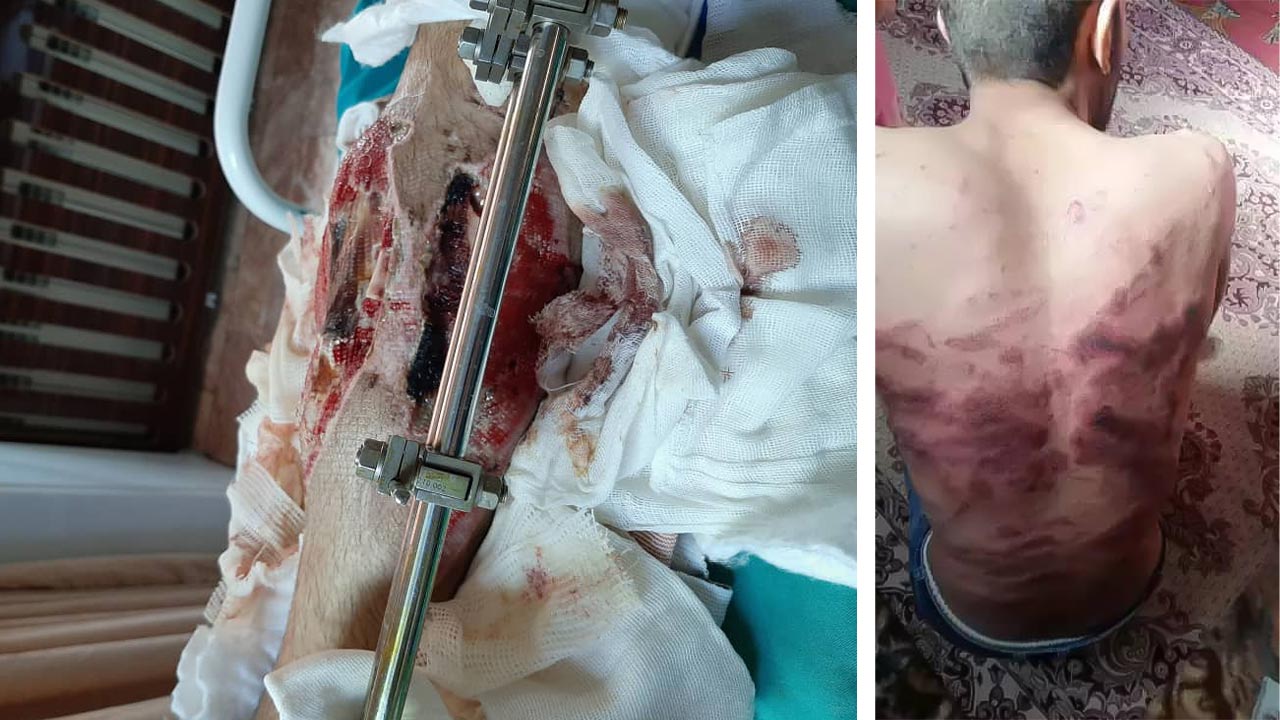 According to the Kurdistan Human Rights Associaton, thirty five ‘kolbars’ have been reportedly killed this year alone. Five of them were shot by Turkish soldiers.

The Iranian authorities are also not sympathetic to their plight.

“If the Iranian regime were to learn that I was talking to you, they would kill me”, he said.

‘H.A.’ is another ‘kolbar’ from Maku, Iran. He mostly transports fuel or cigarettes. “If I do not work as a ‘kolbar’ for one day, I have nothing to eat”, he says, adding: “The whole world knows what we have been through, but nobody is doing anything for us”.

‘H.A.’ is also afraid of being killed by either Iranian or Turkish soldiers, but he observes that Turkish soldiers have been especially harsh to ‘kolbars’ in the past two years: “They were not shooting at us directly before, they were shooting at our animals. But this has changed. They shoot at us directly now, even more than the Iranian soldiers”. 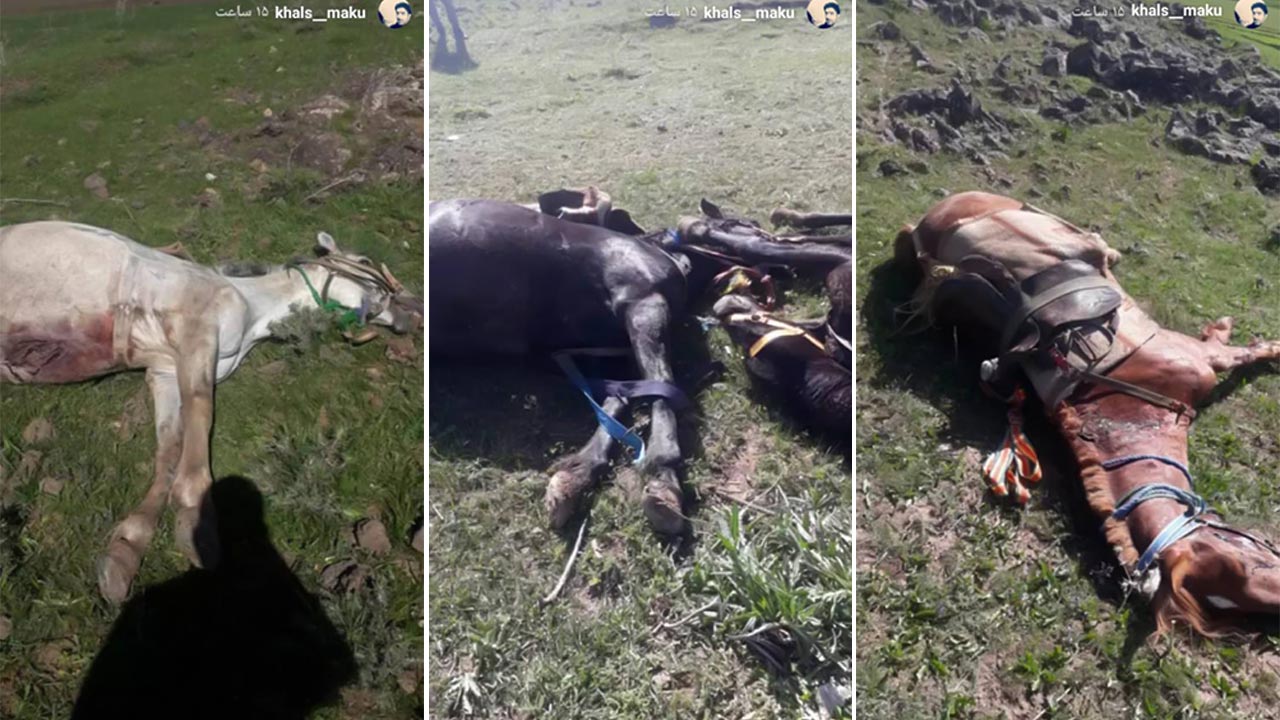 ‘H.A.’ also asserted that Turkish soldiers rape the ‘kolbars’ when they apprehend them.

“I have seen it with my own eyes”, he says, adding: “It is a known fact. If they catch you, they will not leave you without raping you”.

The border crossing point into Van in Turkey is a common transfer point for ‘kolbars’ and also refugees from Afghanistan, Turkmenistan and Pakistan. ‘Kolbars’ sometimes have to act like refugees and conceal their Kurdish identities for their safety.

Kurdistan Province is one of the poorest regions in Iran. The region has intentionally been impoverished by the policies of the Iranian regime. Kurdish Human Rights Association Co-chair, Jahangir Abdollahi, talked to Mezopotamya News Agency about the plight of ‘kolbars’ from this province.

“They carry around 50 kilos of weight when climbing those dangerous cliffs. They do it because there is nothing else that they can do. Even if they do not die on those cliffs”, Abdollahi notes, “they often cannot recover from injuries they sustain for about ten to fifteen years. This is what the Kurds of Iran experience”.

The global arms trade and Turkey’s role in it

The global arms trade and Turkey’s role in it