The life of a dervish: Vedat Aydın 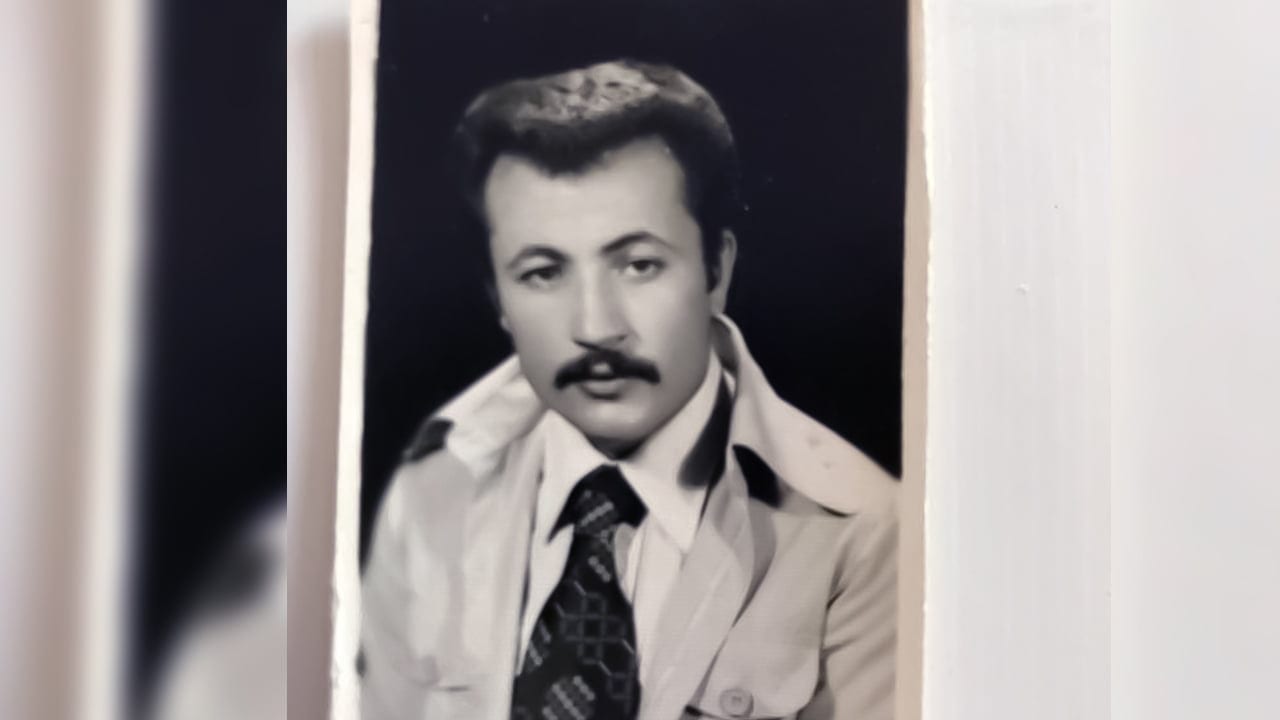 Translated from the Yeni Yaşam Newsletter

Vedat Aydın was born in 1953 in the Bismil district of Diyarbakır (Amed) in Kazancı (Gundê Heciyê Kurmanca). He grew up in Kazancı and during his primary school education he attended a different school in a different village every year. His secondary school was in Bismil.

As his education progressed, he started to learn about leftist ideologies. His brother Veysi said Vedat was always following the news. “Vedat brought newspapers to the village even before we started going to school. And after a certain period, those newspapers were forming bundles”.

Vedat Aydin started to think about his Kurdish identity before he entered university. Explaining Aydın’s involvement in protests, his brother Veysi said, “By realising that Kurdistan is a colony, he started fighting for its liberation. He was a member of an organisation called the Revolutionary Democratic Culture Association”.

Life was no longer ordinary for Aydın. With a wide circle of friends, he was always a person who thought about collective ways of living. Speaking of Aydın as a militant personality, his brother Veysi said, “He was a very active person. He had a militant soul. When I started secondary school in Diyarbakır, he started university the same year. We stayed in a small house. After a while, our house was no longer only ours. It was everyone’s home”.

An idol of the youth

Vedat Aydın quickly became the centre of attention and was admired by young people. “However he was putting some distance between us”, said his brother. “We were thinking of him as superior to us. We were respecting him. He was a little harsh sometimes. He had an uncompromising personality. He was very affectionate towards children, nature, and those older than himself. There was also sympathy for Vedat. He was the idol of all the youth of our village in those days”.

He graduated from the Diyarbakır Education Institute, in the Department of Social Sciences. After graduation, he taught for one or two years. Around that time the coup happened in Turkey. There was a lot of state pressure on the left movement after the coup. Pressure was especially focused on Kurds. Diyarbakır Prison is a symbol of that. His first arrest happened one month after the 1980 coup. He was first taken to Bismil and then to Diyarbakır. The police who detained him said, “We caught a very big rabbit today”. Aydın replied, “It is normal to catch a big rabbit when there are so many greyhounds in the country”. 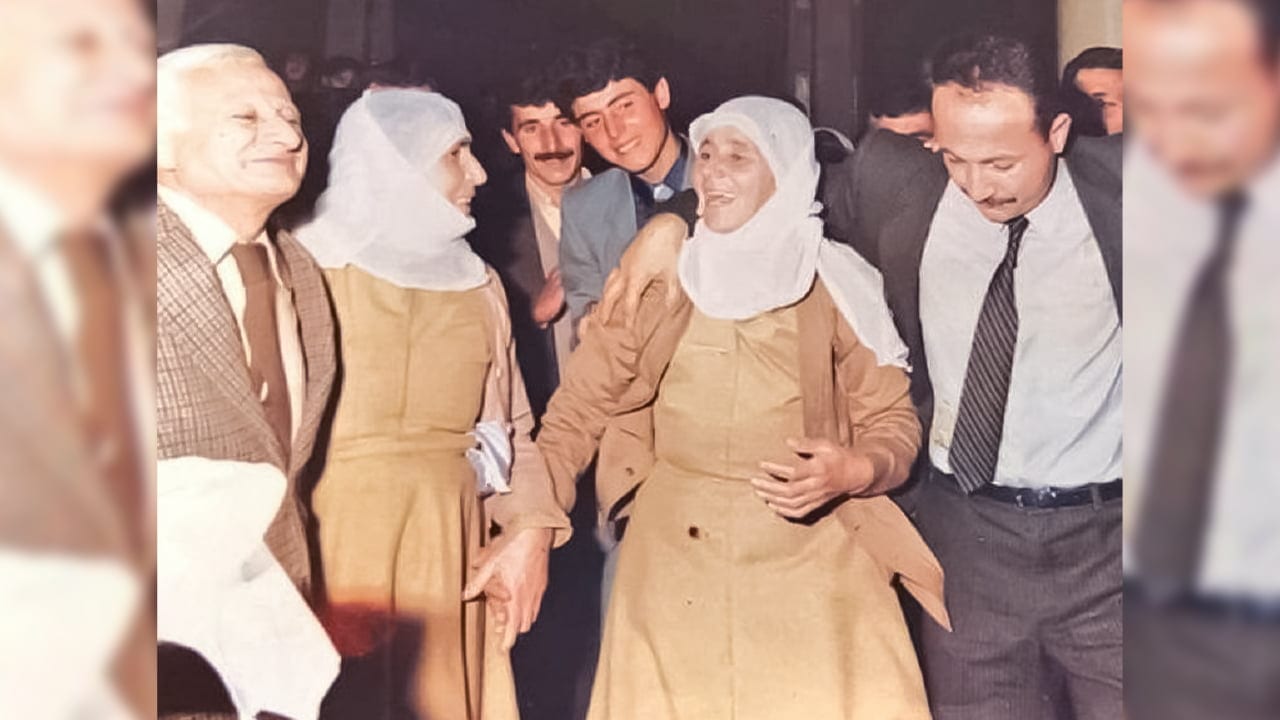 Vedat Aydin experienced the full savagery of the Diyarbakır prison. Veysi summarised these days as follows: “Whenever we went to visit him, something was happening and he was always resisting. He was never following the rules. We were always beaten there by the police on every visit”.

Vedat Aydın consistently resisted torture in the prison. He never stopped speaking in Kurdish. “When we started speaking in Turkish, he was yelling at us and saying we should speak in Kurdish, speak Kurdish, they did not give us that right, we took from them”, said his brother. Aydın was under arrest for four years and released in May 1984.

The elections in 1989 had a posıtive impact on society after the coup. Aydın, who pioneered the attempt to unite all Kurdish political movements and nominate a joint independent candidate, was asked to be a candidate. However, Aydın recommended Ragıp Karakoç. The independent candidate of the Kurds comes second with the intervention of the state. However, the election breaks the pressure circle. The Kurdish political movement becomes more and more active. Around that period “there were conflicts everywhere”, said Veysi. “People were dying but feared organising funerals. It was Vedat who broke that fear in the nineties. They brought five dead bodies from the Lice countryside. They buried them according to tradition and customs. After that, it became a tradition and now families started to claim their funerals”.

The Human Rights Association (İHD) was established in 1989 and Aydın was a part of it. He was working at the İHD under the chairmanship of Hatip Dicle. He makes his famous Kurdish speech at an İHD congress in Ankara. His brother explained the radical nature of the speech: “All the security of Ankara, many parliamentarians are there, how can such a thing happen in Ankara? Who is this who dares to speak Kurdish?”

Vedat Aydın was arrested after the speech and taken to Ulucanlar Prison. During the trial he continued to speak in Kurdish and said, “I am not a person who does not speak Turkish, I am a teacher. I also know Turkish very well. But I want to speak my language. It is my right. The court cannot prohibit this, and even if it does, I do not accept it. I will continue to speak in Kurdish”. 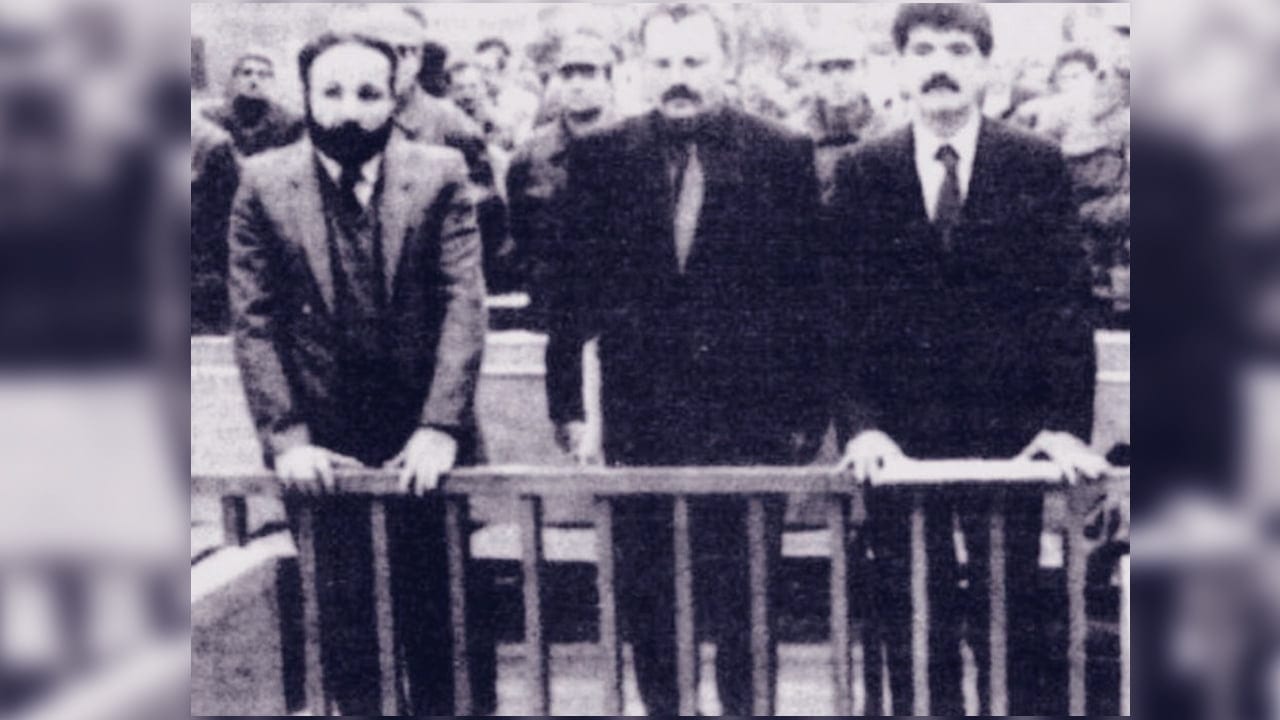 ‘Kurdish is my native language’

However, against Aydın’s insistence, the judge said, “The defendant responded with an incomprehensible language and declared that he did not speak Turkish”. Aydın objected to this. “I speak in my native language deliberately and consciously”, he said, “it is my right”. And so Aydın was released. When Aydın heard of his release, he was surprised: “This release order came from the powers that be, otherwise it would be not possible”.

He was always targeted for disturbing the state. The state wanted to silence him but he was never afraid of torture. So the state tried to find other ways to silence him.

Eventually he was kidnapped from his home by the Gendarmerie Intelligence Organisation (JİTEM) who introduce themselves as police officers. Brother Veysin said, “He knew that his death would not be ordinary. He said this many times. I mean, he was not someone who could die in his bed, in an ordinary way”.

Vedat Aydın was executed after severe torture by members of the JİTEM. His dead body was found in Elazığ Maden on 7 July 1991. He was buried secretly without informing the family. However, the press reported that Vedat Aydın was missing and shared his photos. News about Aydın’s death reached the Peoples’ Labour Party and his lawyer. A funeral was held in Diyarbakır and was attended by tens of thousands. Soldiers and police opened fire on the mourners, killing eight and wounding dozens.

Aydın was married at a very young age and fathered three children. He liked reading poetry and listening to music. Kurdish folk singer Hozan Mıxamed Şêxo was his favourite.

The investigation file of his murder was reopened 20 years later. It has been nearly 30 years since the death of Vedat Aydin. His perpetrators have not yet been tried. Vedat Aydın’s body lies in the Mardinkapı Cemetery in Diyarbakır’s Sur district. 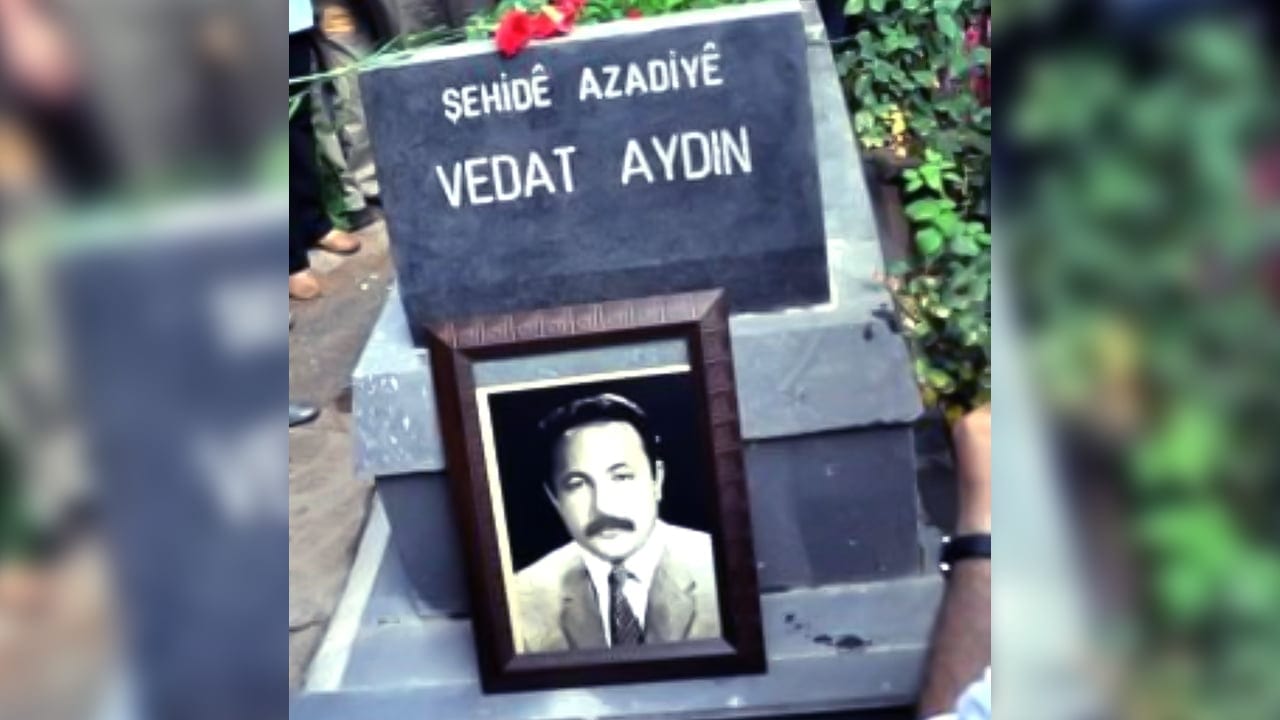 Many people changed their children’s names at that time in tribute to Vedat. Vedat Dağ from the Peoples’ Democratic Party (HDP) Diyarbakır Press, who accompanied me while doing this interview, is one of them. Dağ said, “My original name was Devran. After the martyrdom of Vedat Aydın, my father named me Vedat”.

To a new world with butterflies!

The life of a dervish: Vedat Aydın

To a new world with butterflies!