The Kurdish Language Movement: ‘Without language, a person’s identity is incomplete’ 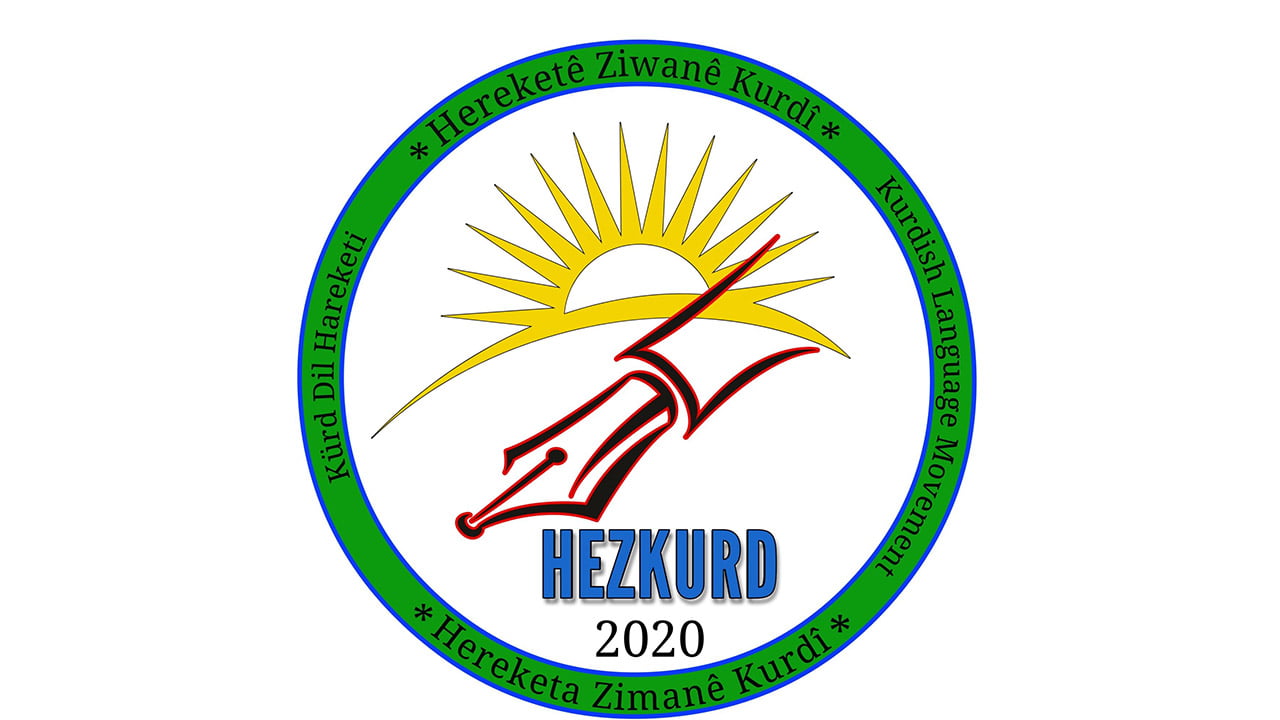 Barış Celali, one of the leaders of the movement, said: “The increase in pressure and prohibitions on Kurdish in recent years, and discomfort at the destruction caused by assimilation, have ignited the idea of the Kurdish Language Movement”.

While the world continues to draw attention to Kurdish language concerns, there have been increased pressures and prohibitions against Kurdish in Turkey. Wikipedia, meanwhile, has congratulated the Kurmanji dialect of Kurdish, which has exceeded 30,000 articles in Wikipedia Kurdi, and called for more to be written.

HezKurd is a movement that is led by volunteers. It has adopted an attitude that is “outside of parties and outside of politics”. Celali states that it is a democratic and civilian movement that is without ideological obsession and rejects all forms of violence. This is a rights-based movement. Celali lists the rights demanded by the Kurdish Language Movement as follows:

“These three demands are our main goals and our vital concern”, he noted.

“THIS IS A CASE OF RIGHTS AND HONOUR”

The Kurdish names of thousands of villages and regions have been forcibly changed to Turkish. Cities have been given new names. In the municipalities, where government trustees have been appointed, Kurdish signs have been removed and Turkish signs hung in their place. Celali states that the Kurdish Language Movement will take action to return the names of the places that have been changed:

“We will take action not only for the return of the names of places and villages and cities, but also for the return of everything that has been forbidden, changed, or officially altered without permission regarding Kurdish culture. This is a case of rights and honour. Being yourself means having the will and determination to take back what belongs to you. This is even in line with the current laws in Turkey, and a lot of things can be resolved through local government law”.

Celali added: “We will start all methods and actions that are democratic, civil, and free from violence, and we will resort to all legal means to bring about a resolution to these concerns”.

KURDISH MUST BECOME A LANGUAGE OF EDUCATION

The Kurdish language has been left to a few sincere people and institutions to try and do something with their own efforts. Celali continues: “We will apply both domestic and international law to ensure Kurdish becomes a language of education. We are very committed to this. We are aware that we are embarking on a struggle for rights that will last for years, maybe for decades. If we find that legal means are exhausted, dysfunctional or arbitrary, if the work of this movement is blocked, the path we will follow will change. For this reason, we will even consider effective civil disobedience actions that are completely free from violence.

“The most distinctive feature of HezKurd is that it is not affiliated with any ideology, party or institution. To be more precise, it doesn’t have a party behind it and is not bringing wider political issues into the civilian arena. This allows it to focus on the realisation of Kurdish language rights.We have no political or private agenda. Kurdish parties, organisations, institutions, associations, foundations and individuals have approached this issue in their own ways. I do not remember, and do not know, of any example that has approached this issue without any ideological engagement and which includes all layers of society. In particular, I do not know of any work of study that takes an objective approach to the Kurdish language”.

“THANK YOU TO THE PLATFORM FOR DEFENDERS OF RIGHTS”

After winning the election, İmamoğlu provided for Kurdish courses to be opened in İSMEK. Expressing his gratitude towards the Platform for Defenders of Rights for its work in Kurdish, Barış Celali said: “Kurdish has been left to a few sincere people and institutions who try to do something with their own efforts. We convey our respect and gratitude to them here. We support their effort. But this is not just a burden to be left to prized institutions such as Avesta Publishing House and Nûbihar, and to independent intellectuals and writers.

“We have members from all sections of society, with different ideologies and beliefs, even political parties, and from various communities. Our common ground is Kurdish. Apart from the language, no other subject is discussed. No political debate is held. This is our vital distinction. We care about the efforts of Platform for Defenders of Rights for Kurdish and the success of the course it has achieved, and we convey our thanks. This is how every Kurdish individual should approach language. Actions should be gain-centered, every achievement should be protected, and those who have achieved it thanked’, said Celali.

THE BASIS OF OUR INSPIRATION

The aims of HezKurd for the future of the Kurdish language are based on the leadership of people from all walks of life. Celali states that the idea of the Kurdish Language Movement originated in an article written by Ibrahim Sediyani years ago. Regarding the subject of Kurdish place names, Celali explains: “Later, the Azadi [Freedom] Movement made ambitious efforts, but, unfortunately, could not realise these objectives. Especially in the recent period, the pressure on Kurdish, and the increase in pressures and discomfort from the destructive dimensions of assimilation, have fired this idea.

“The idea has gained traction with students, lawyers, workers, nurses, employers, physicians, journalists, salesman, construction workers, textile workers, writers and people from all sections of society, through discussions and practical actions. This is how we came to be. Now, we can say that 95% of our pioneering team consists of people from completely different backgrounds. Our establishment phase is not yet complete, but our provincial meetings continue. We have recently had meetings in Istanbul, Diyarbekir and Şırnak. In the coming days, we will have meetings in Wan, Mêrdîn, Riha. And then we will announce our movement to the public. The main process for us will start after this declaration”.

“WE WILL CONTACT EVERY INSTITUTION THAT BENEFITS FROM KURDISH”

Celali emphasises that members of HezKurd aim to work for the benefit of the Kurdish language: “So far, there has been a positive reaction from every segment of Kurdish society with whom we’ve discussed the issue, and the majority of people voluntarily participate in our movement. This has energised us and given us strength as we embark on the road ahead. But, of course, a great majority of people still have concerns that our aims cannot be practically achieved. Our main concern is that this civilian, non-violent, legitimate, and civilised movement should not be sacrificed to any parties or ideologies. That it should not be politicised in this manner. This is a reasonable concern, and we are firm on this issue.

“From now on, every member, sympathiser and volunteer of HezKurd should have only one ideology, and that is the interest of the Kurdish language. We are open to anything that will benefit the Kurdish language, and we will be pragmatic on this issue. We will take seriously everything that is beneficial to the language, and every individual, party and institution that will benefit our language. We have only one agenda: the future of Kurdish. There is a saying in Serhed: ‘An uncle whose only concern is his sheep, says, when a question is asked: Feydeya/sûda pezê sor, di tê de heye yan na!? (‘Do the red sheep benefit from this or not?’). The only truth we want and think about is Kurdish’”.

THE IMPORTANCE OF LANGUAGE IN SHAPING IDENTITY

Celali made the following call not only to the HezKurd volunteers, but to all Kurds: “Without your language, be sure that all your other identities and attributes will remain incomplete. Why not think about completing ourselves? I invite all of our brothers and sisters who are sensitive to the ‘language issue’ to volunteer with us. They will not have a heavy burden, and will have only tasks appropriate to their abilities. Even if they do nothing more than make one tweet from where they sit, they will be the part of a great movement to change things. As for the HezKurd volunteers, their language awareness is great, but we have some members who need to improve their Kurdish. Time is working against them because every member of HezKurd should succeed in learning and speaking Kurdish within a year”.

The Kurdish Language Movement: ‘Without language, a person’s identity is incomplete’