The AKP’s educational schooling model: A cause for concern? 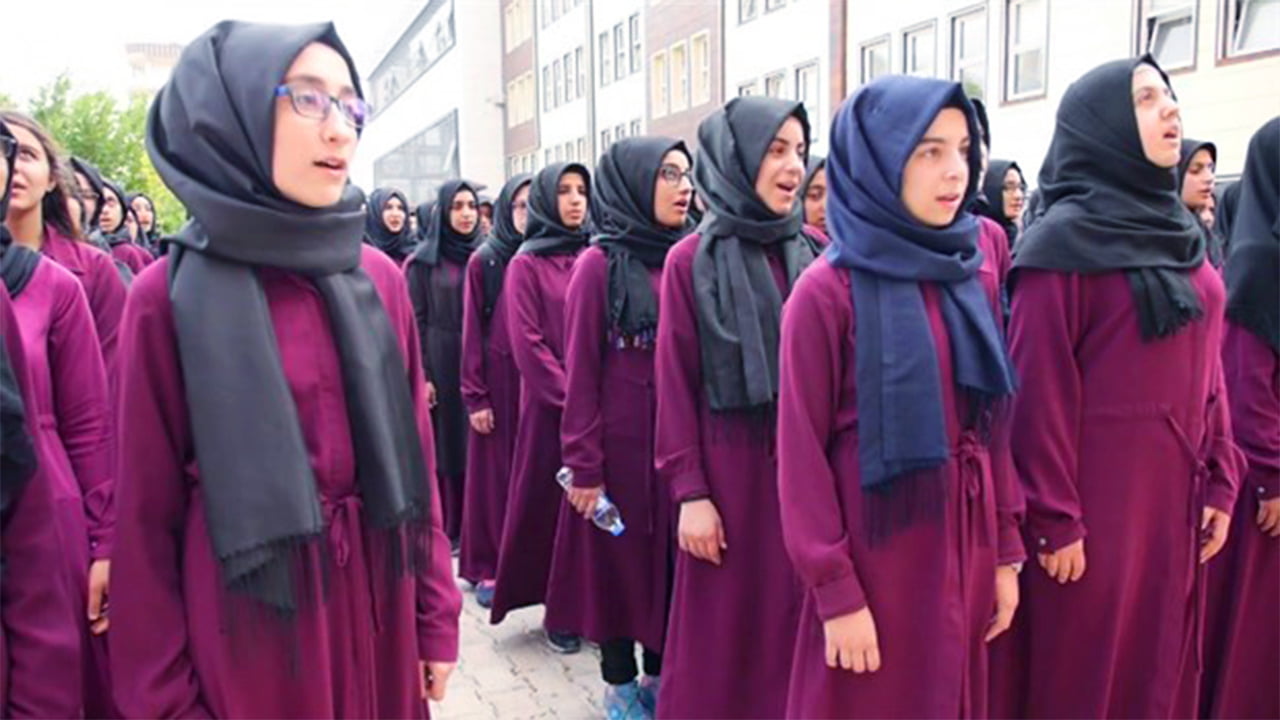 The Justice and Development Party (AKP) in power made education compulsory with its 4 + 4 + 4 education model. In this way, it turned secondary schools into İmam Hatip (religion-based schools) and technical schools.

In other words, the child who graduates from the 4th grade can enrol in the İmam Hatip secondary school. While families with good economic conditions have the option of sending their children to private schools, families who do not have this opportunity either prefer İmam Hatip’s or use the open education system.

In the course contents of this religious-based education system, the narratives that women in society have to obey men are often presented. Boğaziçi University Education Policy Application and Research Centre (BEPAM) has been conducting research on “Secularism and Gender Equality in Changing Textbooks”.

Dr. Sezen Bayhan, in describing her research that was conducted in 2018-2019, noted that secondary school Turkish textbooks predominantly had content reflecting the male-dominated perspective.

People have asked what effects this education model have had in Batman in Turkey. Natural questions have been: ‘How has the sociological structure in Batman been affected by this?’ In examining and addressing the high rates of women’s suicides in Batman, the role and influence of the education system has come under analysis. So has the notion that “families do not value girls in Batman, so do not need to teach them”. The policies implemented by the government have come under increasing scrutiny.

Eğitim-Sen Batman Branch Woman Secretary Evin Tekin states that the success rate of children who have completed secondary school in the 8th grade, which is defined as the lost generation of this system, is very low. Stating that children with low scores in this exam cannot go to good quality high schools, Tekin said: “Most of the students who took the exam could not enrol in high schools because they could not reach the level to pass the threshold. These students are directed either to technical high schools or to İmam Hatip high schools”.

“For example, we see images of the graduation ceremonies of women educated in alternative education centres by girls trained by an association called the Union of Scholars and Madrasas (Alimler ve Medreseler Birliği) in Batman. Children from families with poor financial status in our region are sent to these alternative educational institutions. Then, they are raised as missionaries of the communities there”.

“Batman already has a closed society structure”, Tekin notes and adds: “The rate of sending girls to school is low, it is true. This 4 + 4 + 4 education model is not a solution to the existing issues and it increases problems. The 4 + 4 + 4 system is definitely a blocked/obstructive educational system. Rather than meeting the needs of society, it is a project to keep the government alive”.

Tekin notes that Technical High Schools have tended to separate girls and boys in a manner that has caused inequality in education. Female students have been directed to technical courses focusing on hairdressing, child development and handicrafts whilst male students have been directed to engineering, carpentry, mechanical engineering, etc. Tekin notes that such an approach had been criticized for being sexist and discriminatory even before 2012.

For Tekin: “The number of İmam Hatip schools increased rapidly during this period and in these schools male and female corridors were separated. Under the name of elective courses, religious lessons are for 6 hours a week in secondary schools and 16 hours a week in high schools. The content of the courses causes segregation and inequality between different beliefs. There is no opportunity to find out that the woman is equal in status. After all, this education model has severe consequences in cities like Batman”.

Tekin stated that only 1,866 students were placed in İmam Hatip High Schools and said: “The vast majority of these students are those who cannot enter anywhere else and are placed by the Education Commission, established within the Provincial National Education system. Today, if given the opportunity, they will immediately transfer to an academic high school”.

The AKP’s educational schooling model: A cause for concern?