In a historic ruling Switzerland has granted political asylum to Yasemin Çakal, a Kurdish woman from Turkey, who defending herself against a violent husband who was trying to kill her by strangling her with a leather belt, managed to reach for a knife and stabbed him, killing him in 2014.

Yasemin Çakal was jailed in Turkey for three years, and released in 2017, but under an appeal from the prosecution, the release from prison was overturned. As she had become a victim of more legal threats and threats to her life again, she eventually fled to Switzerland with her child where she and her son stayed in a refugee centre.

The landmark decision of ‘political asylum’ for Yasemin Çakal has been strongly welcomed by Yasemin Çakal, feminists and women’s rights defenders in Turkey, who have been organising solidarity with Çakal’s struggle for justice and her efforts to build a new life with her young son. 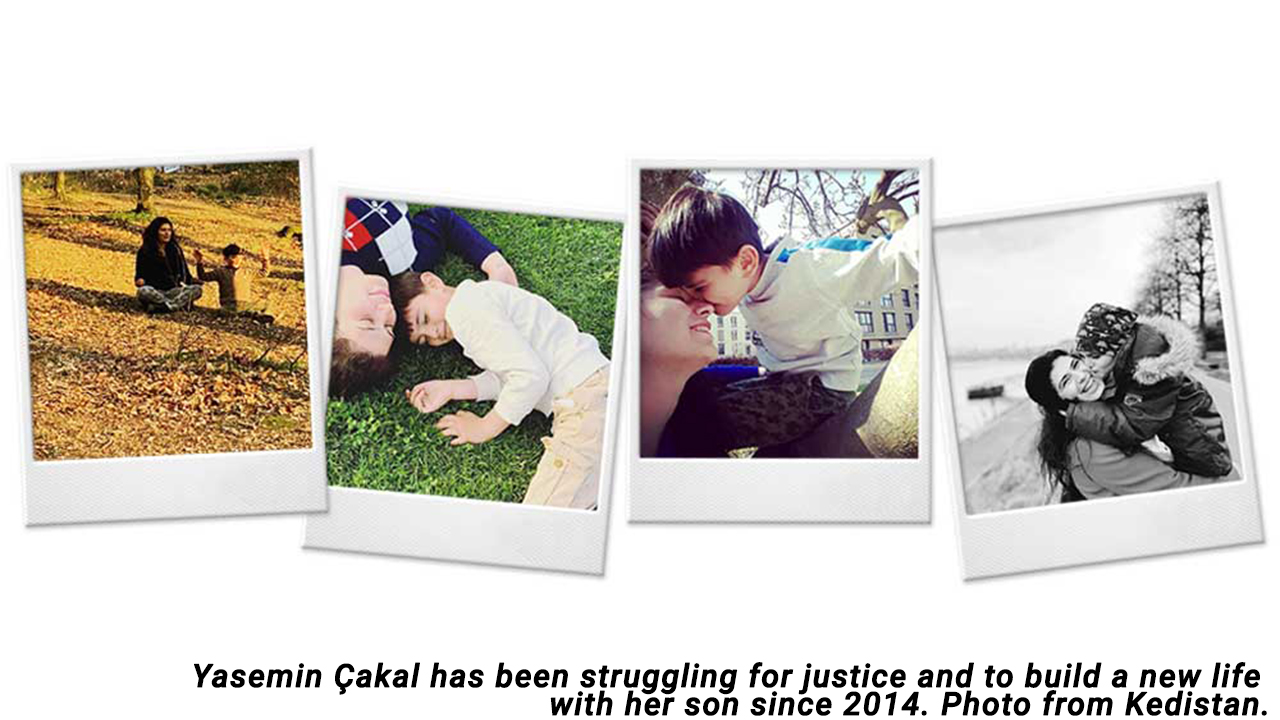 Coming amid the debates triggered by Turkey’s decision to withdraw from the Istanbul Convention by a ‘one man’, presidential decree late one evening, the Switzerland ruling was enthusiastically welcomed by women in Turkey who have struggled for justice and campaigned to support women who have suffered as a result of male violence.

‘Political asylum’ which, until now, has only been granted to political activists and politicians, has now been granted to Yasemin Çakal, who, in an act of self defence, stabbed her abusive husband who was trying to kill her.

Political asylum for Çakal, who killed her abusive husband in ‘self-defence’ is an example that shows how violence against women is ‘political’ and it also demonstrates how putting women on trial on grounds of their actions of self-defence is legally an unacceptable act and also that women defending themselves against a violent attacks, is a “political’ issue. 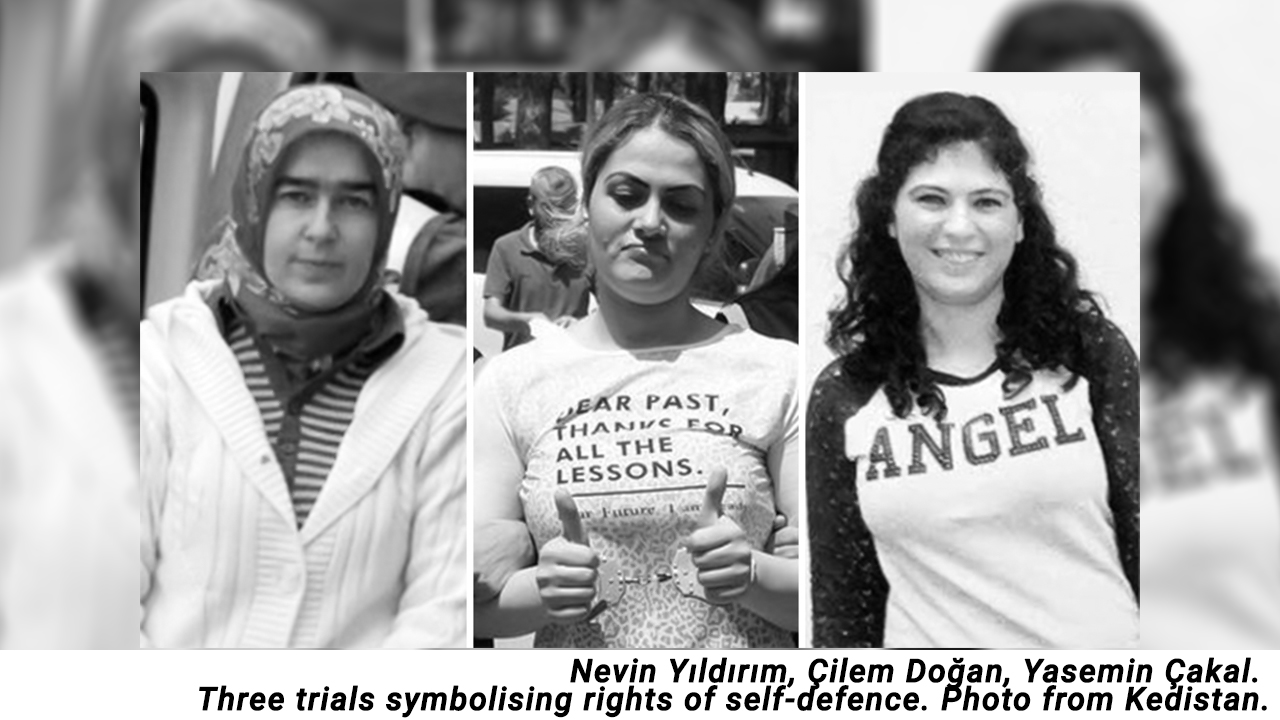 Çakal: This decision, that I have been granted political asylum, is an important decision for all women!

“For the first time in Europe, Yasemin Çakal, who was found ‘guilty’ by the courts here [in Turkey] because she saved her own life from being killed, has been granted ‘political asylum’ in Switzerland for a category that has been accepted as an ‘ordinary crime’.” tweeted Feminist Lawyers on Twitter, sharing a video of Yasemin Çakal, who shared her feelings after the decision was announced.

“For the three years I was in jail, I used to think about what would happen if I had died. But actually it was the same for me, being jailed or getting killed. I could have died and it was me who was able to survive in a rather miracolous way… When I was jailed, everybody continued their lives, including my father and my older brothers. They all continued their lives. Nothing happened to anyone. What happened, happened to me. For those three years when I was in jail, I was really sad that I had not left and I had not started a new life.” These are the words of Yasemin Çakal sharing her initial thoughts on the video after she was granted political asylum in Switzerland.

“Years ago, I kept looking back and that is why I stayed. But after I was released from prison, I never looked back and this is how I got here. And I made it, I succeeded. It was really such a hard year for me, but finally I have achieved to get what I deserved as a right. And not just for me, I say this from the bottom of my heart that, for all women, this is so imporant that I have been granted asylum here, that I have been granted ‘political asylum’ here,” Çakal said in her video message.

‘Violence against women is political’

On 10 July 2014, Yasemin Çakal was attacked by her abusive husband who had been systematically using violence against her over the years. When her husband tried to choke her and her child with a belt, in an action of self-defence, Çakal stabbed and killed her husband.

Çakal has filed a number of complaints against her husband, but over the years she has been given no official or legal suppport by the Turkish state authorities, including the police.

As she was immediately arrested and spent three years in a Turkish prison with her child, she was released on 4 June 2017 by an Istanbul Court, which said, “She acted in such a state of emotion of excitement, fear and panic that could be seen acceptable in legitimate defence. Therefore there is no grounds to rule a punishment for her and her release is ruled.” 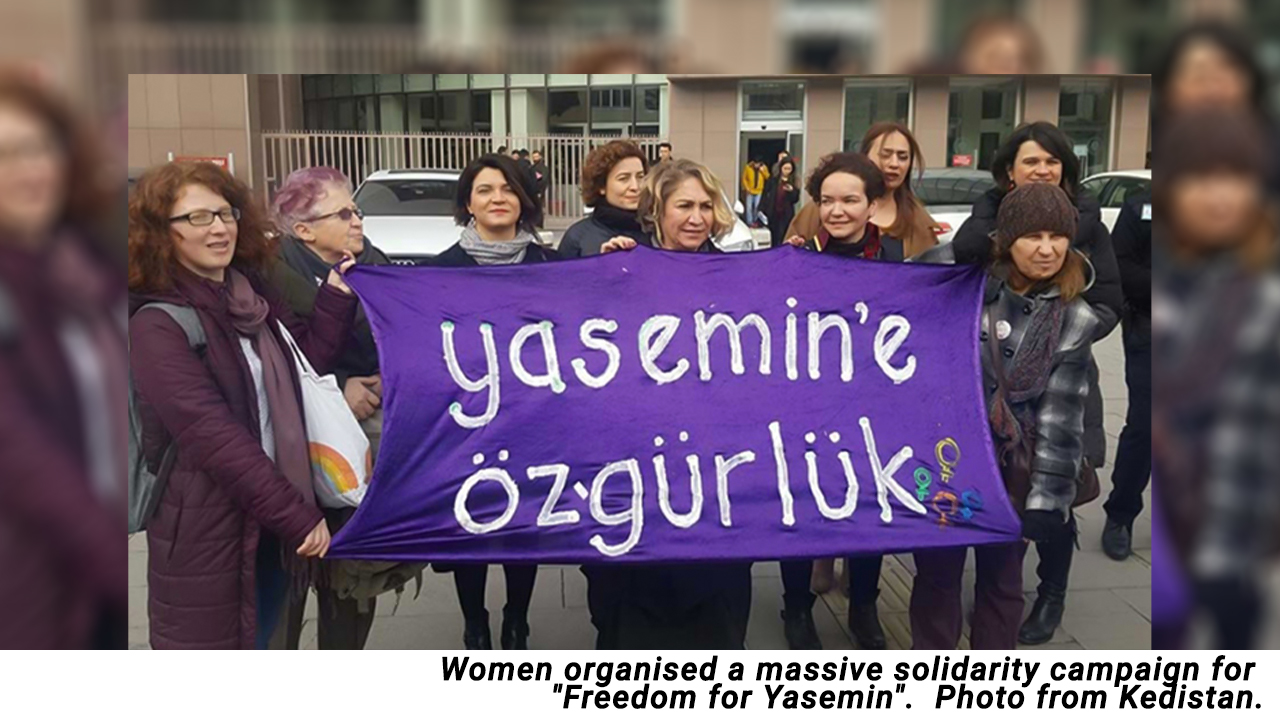 During her trial process, a strong solidarity campaign was organised for the freedom of Çakal by feminist lawyers, feminist activists and women’s rights defenders.

Kedistan reported that “Yasemin faced justice with the solidarity of other women which allowed her to benefit from reduced sentences. At the time of her liberation, Yasemin saluted women with a slogan, in her maternal language and for this, she was sentenced to fifteen years in prison.”

Çakal went to Switzerland in early 2020 seeking for asylum.

After the two trials, the department of asylum argued that she might have a “F asylum” which allows her to reside in Switzerland for a period of time.

However, Çakal gave a political defence, stating that punishing self-defence is unacceptable and the violence against women is political.

“Violence against women is political, I said. They are punishing women who defend themselves, I said. I was feeling at that court that I was talking to myself. I was not hopeful that the court would accept this defence,” Çakal said in a previous comment.