Thousands of posts have been shared on Twitter with the hashtag #İmralıdaNelerOluyor (“What is going on in Imralı?”). 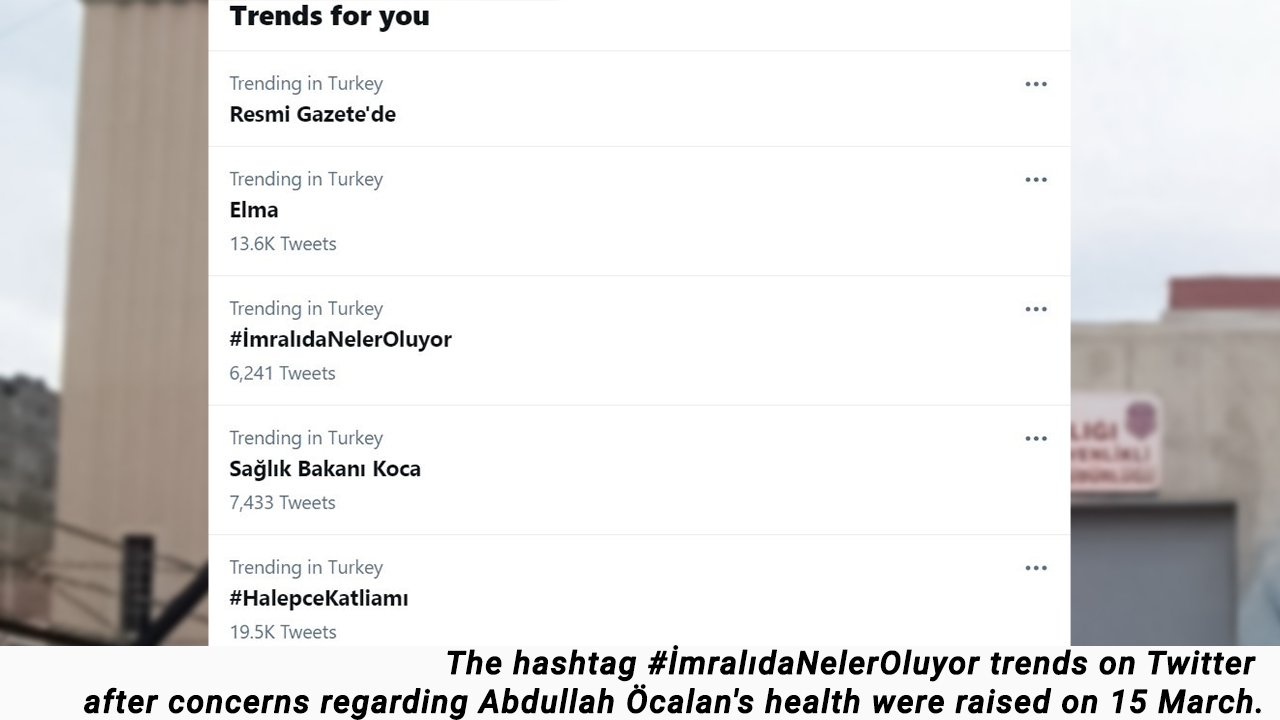 Öcalan’s lawyers, Raziye Öztürk, Newroz Uysal, Mazlum Dinç, and İbrahim Bilmez, demanded an urgent meeting with their client on 15 March over the claims regarding the PKK leader’s possible ill health, which have raised concerns about his well-being.

Due to the prison’s isolation policy the lawyers have not been able to meet with Öcalan since 7 August 2019. The last time the lawyers were able to talk with their client was during a phone call on 27 April 2020.