Reflections on the nature of relations between the KDP and Turkey 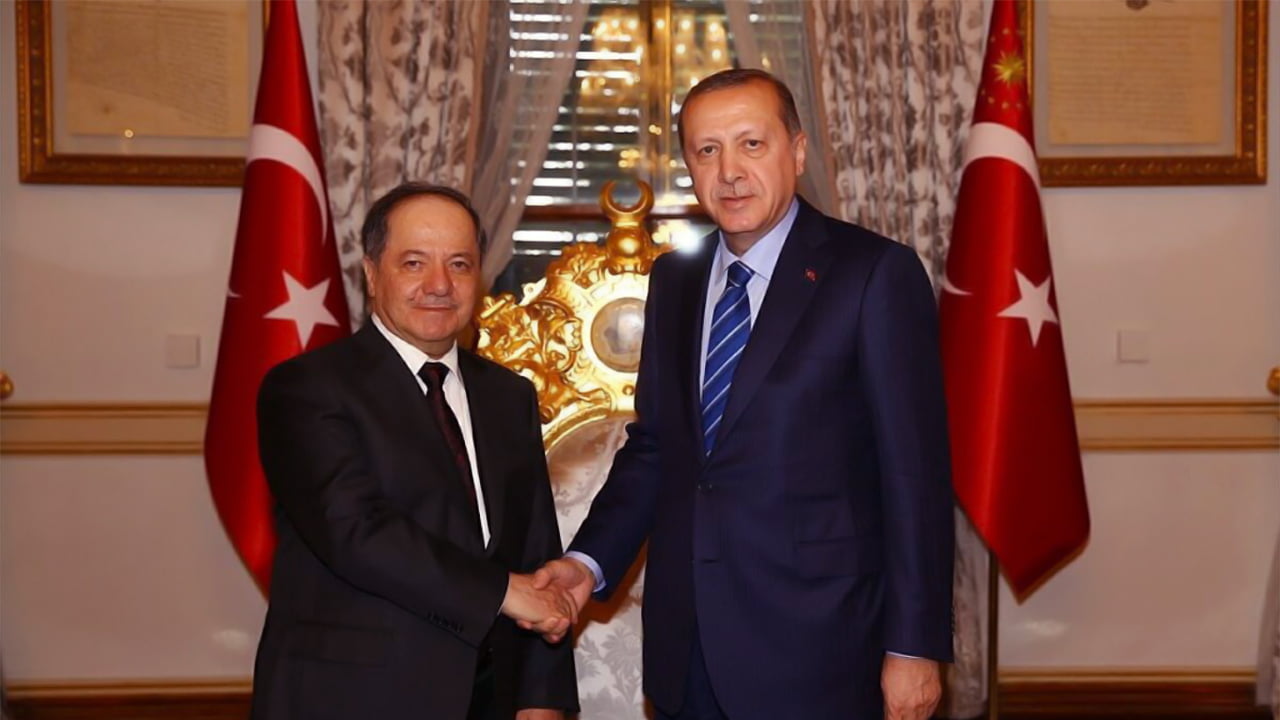 Turkey launched significant attacks after 17 June against regions in northern Iraq where the Kurdistan Workers’ Party’s (PKK’s) forces were located.

The PKK has stated that the attacks targeted the whole Kurdistan region where they had a presence. It has criticized the Kurdistan Democratic Party (KDP) on the grounds that the KDP collaborates with the Turkish state against it. The KDP argues that the presence of the PKK forces in the region is the leading reason why Turkey attacks the region.

The PKK has appealed to Kurds to unite to resist the Turkish state and it has called upon the KDP to work with it to counter Turkey’s military attacks. It has expressed concern that the KDP is allowing a Turkish military offensive to take place within its borders.

The late history of Turkey-KDP relations

According to the academic and researcher Arzu Yılmaz, the KDP and PKK reached agreement in 1982 and agreed to work together. But since the 1990’s, relations between the two parties has worsened.

The United Nations (UN) and the United States (US) had planned to establish a parliament in northern Iraq and had overseen “Operation Provide Comfort”. The Southern Kurdistan Parliament was established in 1992. 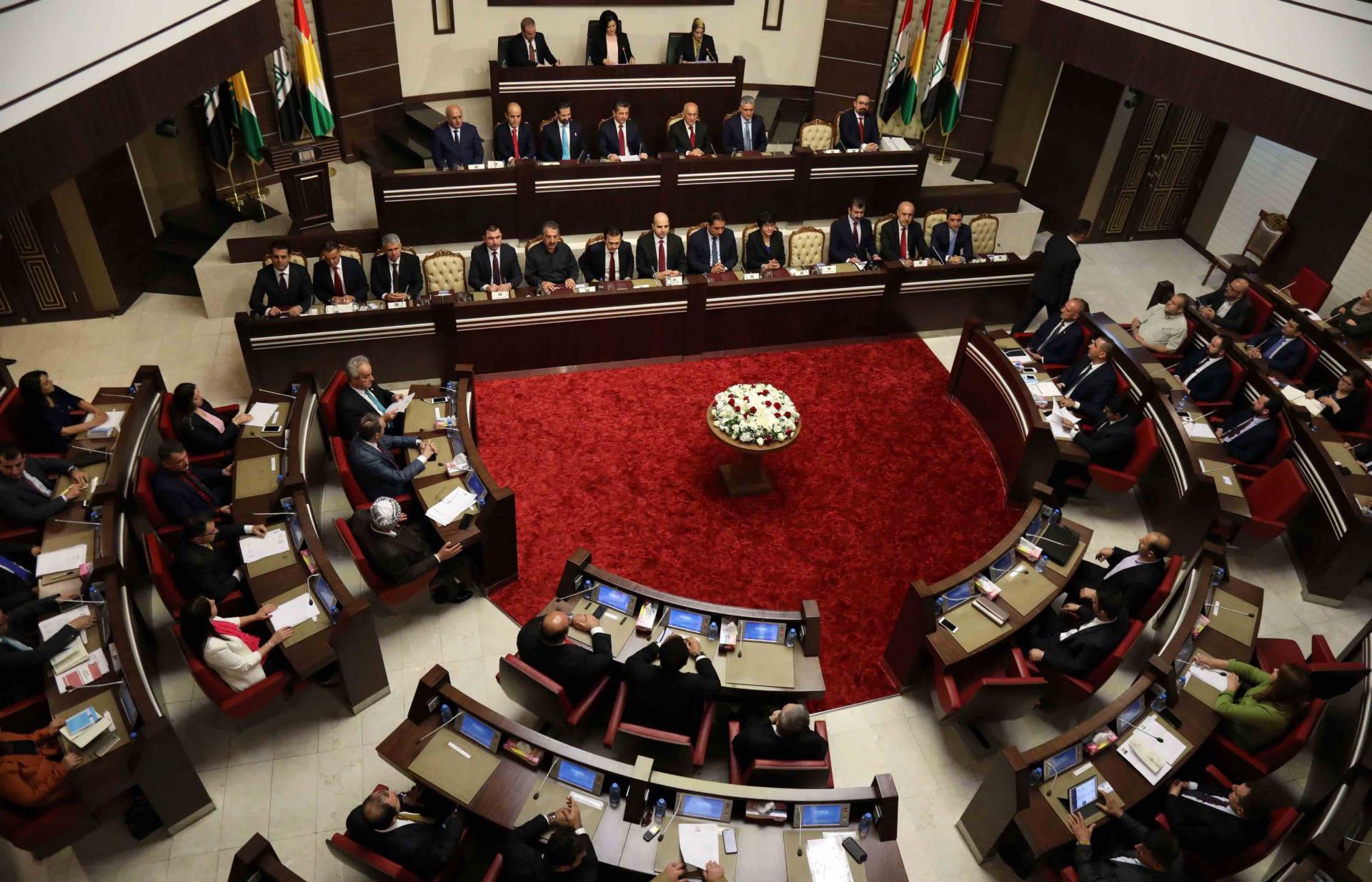 However, its first act had been to launch a war in collaboration with the KDP, the Patriotic Union of Kurdistan (YNK) and Turkey to remove the PKK from Southern Kurdistan (northern Iraq). Heftanin, Xakurkê and Metina had been attacked in the region.

According to the journalist Seyit Evran, the main aim of those operations was to bring these forces closer together. Turkey and the KDP had begun to get ‘closer’ during that time and the trade between them had begun to grow during the 1990’s. The first petroleum sales, for example, took place in 1992.

By the early 2000’s, Turkish-Iraq trade (much of it involving the Kurdistan Regional Government – the KRG) had reached US $2.6 billion. On 11 March 2010, Turkey even opened a consulate in the KRG capital of Erbil. It openly stated that its aim was to “bolster and advance the friendly ties and cooperation between Turkey and the KRG in every field”.

A new ‘process’ began for Southern Kurdistan following the US’s military invention against Iraq and the destruction of Saddam’s rule in 2003.

In the meantime, the Justice and Development Party (AKP) came to power in Turkey. As for Iraq, a new ruling structure was created. Celal Talabani became the first president of the new government and Mesud Barzani became the premier of the Kurdistan Regional Government (KRG).

Economic relations between the KDP and Turkey improved during this period. According to Evran, Turkish companies’ investments in the fields of construction, textiles and food increased significantly in the Southern Kurdistan region of Iraq.

One of the key investors was “Çevikler Company”, whose owner is a key consultant to Recep Tayyip Erdoğan, the president of Turkey and also the leader of the AKP. Other Turkish firms like Kürkçü Construction have developed a significant presence, also constructing Turkey’s embassy buildings in the region as well as the governor’s buildings in Southern Kurdistan. Major contracts have been signed in Duhok, Zaxo and Hewler.

KRG has emerged as Turkey’s third-largest market for exports

In 2011, the KRG became the sixth-largest export market for Turkey, with exports of $5.1 billion. Its exports had expanded to $8 billion by 2013, by which time the KRG had become Turkey’s third-largest market for exports.

When Sinan Celebi, the KRG Minister for Trade and Industry, visited Turkey in April 2012, he declared that 25 Turkish companies were being launched every month in Iraqi Kurdistan. More than half of all foreign companies registered in the KRG were Turkish.

Following the rise to prominence of the People’s Protection Units (YPG) and the Democratic Union Party (PYD) in Rojava (Western Kurdistan), Turkey and the KDP tried to interfere in Rojava and change the course of events in their favour through the Kurdish National Council (ENKS) in northern Syria. Turkey also ended the ‘peace process’ negotiations with the PKK in Turkey.

As the peace process was terminated in Turkey, the political alliance between the KDP and Turkey deepened and economic ties were strengthened. Turkey and the KDP signed an agreement on the oil trade for a period of 50 years in 2014. The agreement was signed without the approval of the Iraq government. Turkey’s Genel Energy company has also become the foremost investor in gas development in the KRG. Genel Energy has two significant gas fields in the KRG – at Miran and Bina Bawi.

KDP and Turkey: an alliance or dependency?

Despite the comprehensive economic ties between the KDP and Turkey, when the KDP held a referendum for independence in 2017, Turkey took a stand against the referendum. It even accused Mesud Barzani of “betrayal” and threatened to starve the KRG’s population: “Once we put our sanctions in place, you’ll be out in the cold … If we turn off the [crude oil] valve, it’s over. If trucks do not take stuff to northern Iraq, they won’t find food or clothing. How then will Israel send them anything?” 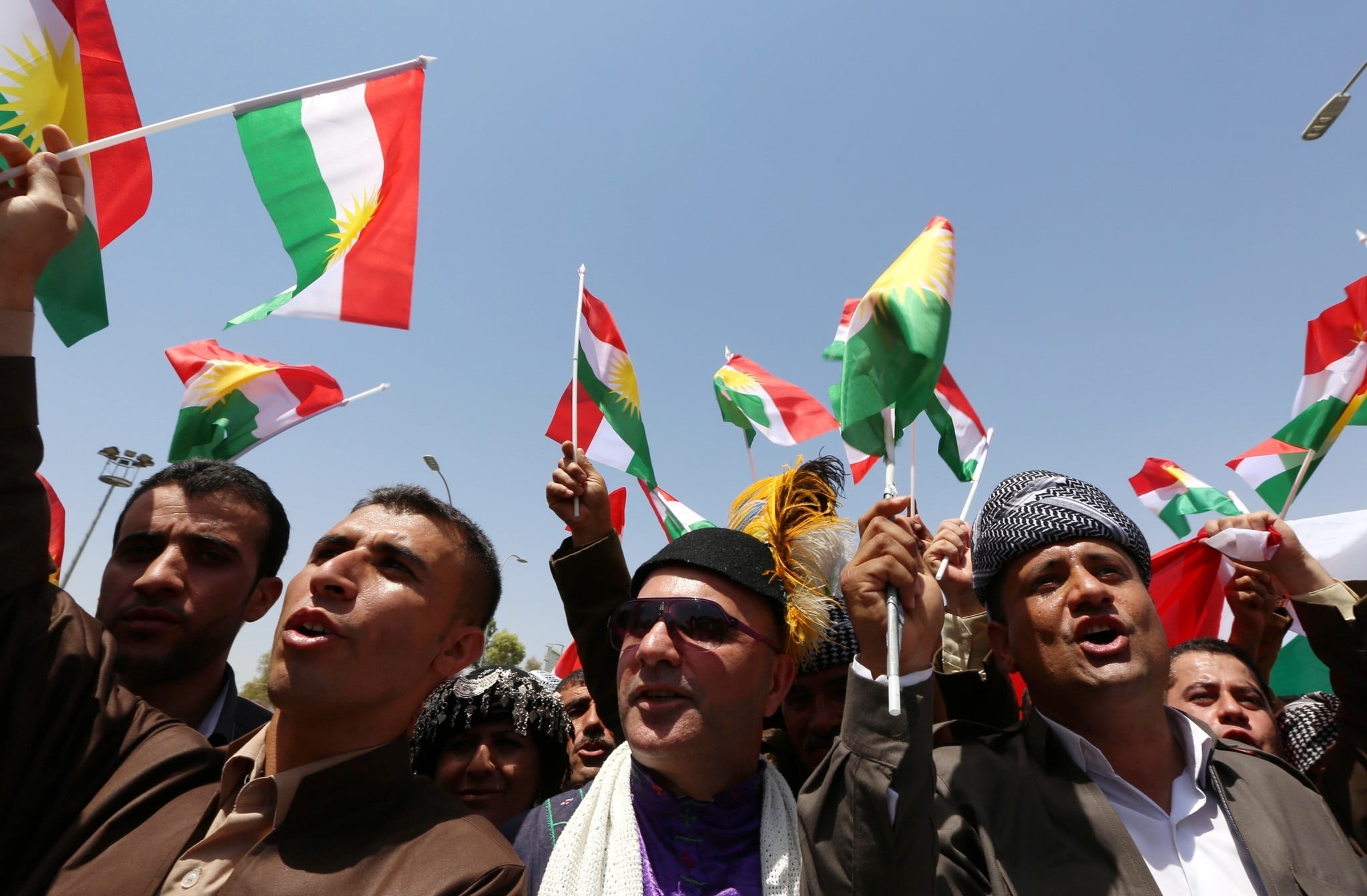 Despite Turkey’s negative stance over this matter, the KDP’s positive attitude towards Turkey has continued. For instance, when KRG tourists were assaulted by Turkish people due to the Kurdistan flag flying during their visit to northern Turkey in 2019, the KDP did not respond meaningfully to their reported ill-treatment. 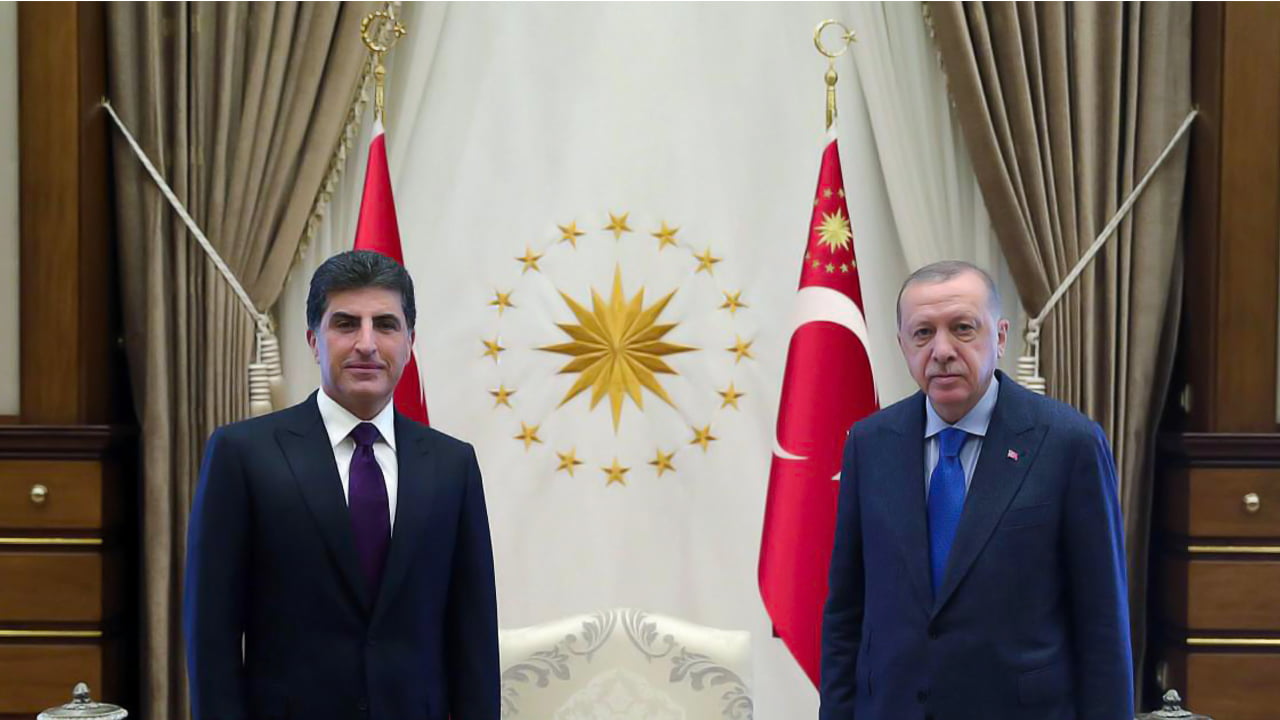 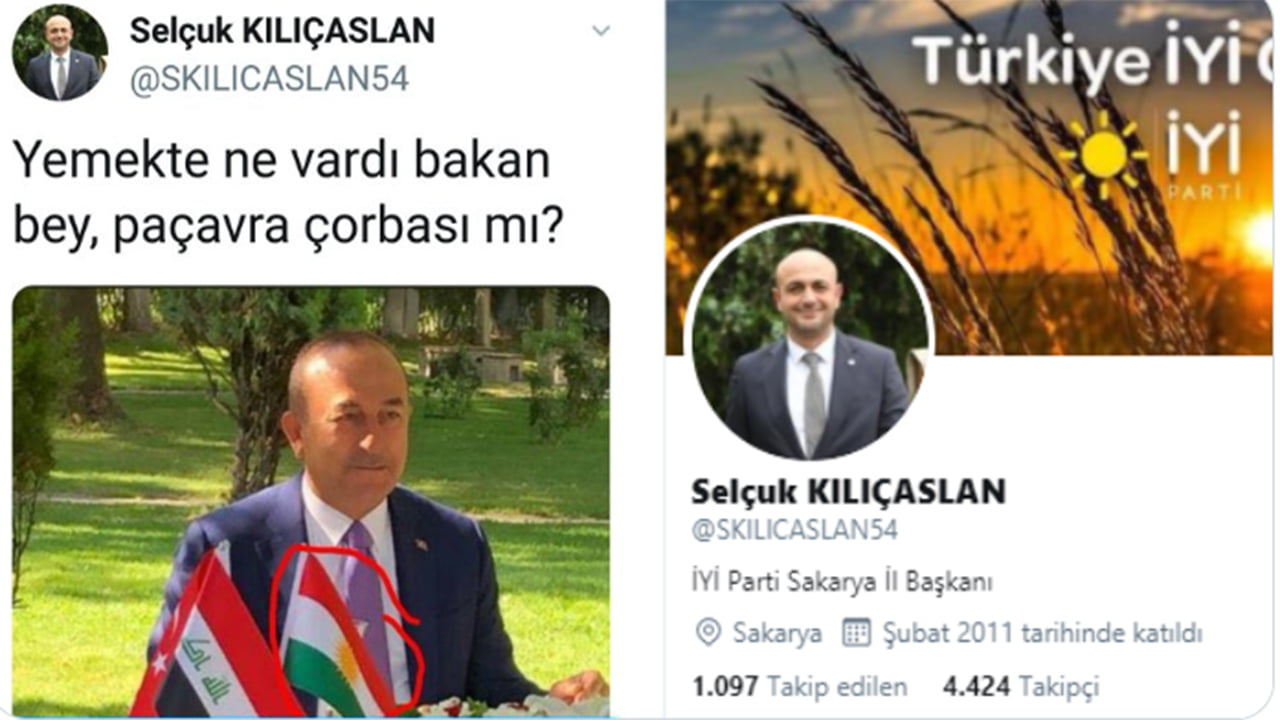 As political relations have strengthened between the two sides, economic ties have also developed further. Business meetings in Mersin city in Turkey between both parties have taken place with regularity.

In considering all these connections between the two parties in terms of political, economic, and military ties, the KDP’s stance with regard to the Turkish armed forces’ attacks in the Heftanin region in the KRG becomes easier to understand.

TJA launch "We Defend Ourselves" Campaign in İstanbul, Turkey

Reflections on the nature of relations between the KDP and Turkey

TJA launch "We Defend Ourselves" Campaign in İstanbul, Turkey