Musician Ronas Aram: There is a ban on Kurdish in a festival in İstanbul 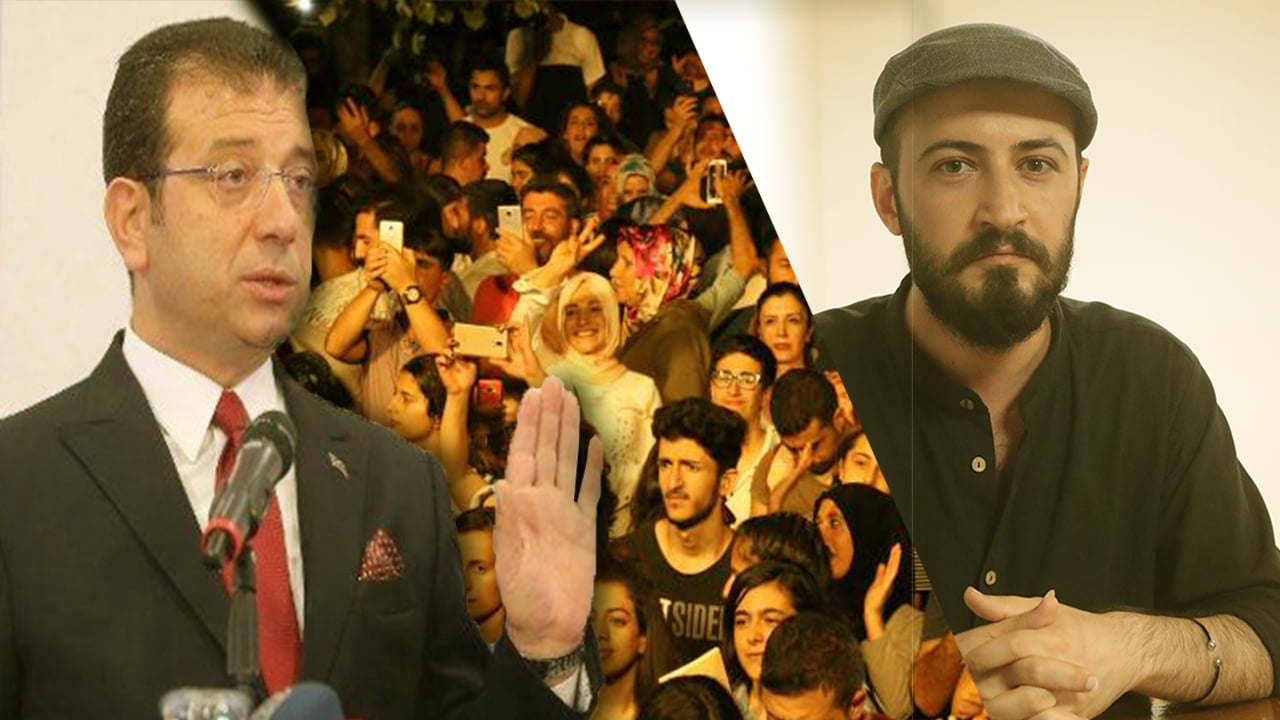 Musician Ronas Aram talked to MedyaNews about a ban on Kurdish in a festival organized by an agency with the permission of İstanbul Metropolitan Municipality (İBB) in Turkey.

“I offered ‘Roj Band’ as a name for our musical group but they rejected it by saying: ‘No Kurdi’”, said Kurdish musician Ronas Aram.

“It is okay when you ask for Kurdish peoples votes in the elections, when you make propaganda in Kurdish, when you prepare reports and regulations in Kurdish and when you make programmes in Kurdish. However, singing songs in Kurdish in festivals is not allowed”, he observed. He noted that Kurdish votes had played an essential role in determining the last election results in İstanbul Municipality.

The main opposition Republican People’s Party (CHP) candidate was elected as Mayor of the İBB. It happened because the Kurds voted for him and the People’s Democratic Party (HDP) did not put forward a candidate, enabling electors to vote for the CHP candidate.

Aram said: “They want to silence the Kurds, but we want to sing our songs. İBB claims it is not responsible for that ban but I do not believe it. The event is organised by an agency but İBB is the main party responsible in this whole process”.

However, İBB has denied it was responsible. Şükrü Küçükşahin, İBB’s Media and Communications Coordinator stated: “We do not have such a ban in place. The artist performed last week in the festival. You can check his videos from the internet”.

In response, Aram added: “I was performing the song ‘Desmala Min’ instrumentally in Bostancı Beach. I was upset because I suggested ‘Roj Band’ as a name for our band but they rejected it since it is in Kurdish. Then the groups name became ‘Kaset Band’ which is weird since ‘Kaset’ is also not a Turkish word, it is a French word”.

Then a Kurdish bagel seller approached Aram, asking if they could sing together in Kurdish. Aram had to tell him: “I cannot because singing in Kurdish is banned here”.

“This incident affected me a lot”, said Aram. He decided to go public on the matter and wrote about it in Gazetelink, which he writes for weekly.

The Kurdish Research Association calls for an investigation

The Kurdish Research Association (Komeleya Lêkolînên Kurdî) published a statement about this incident: “There is a claim that censorship is going on in İBB, but İBB does not accept it. An investigation has to be undertaken and the results of it should be made public. Otherwise, it means that the İBB has played a role in it”.

Musician Ronas Aram: There is a ban on Kurdish in a festival in İstanbul