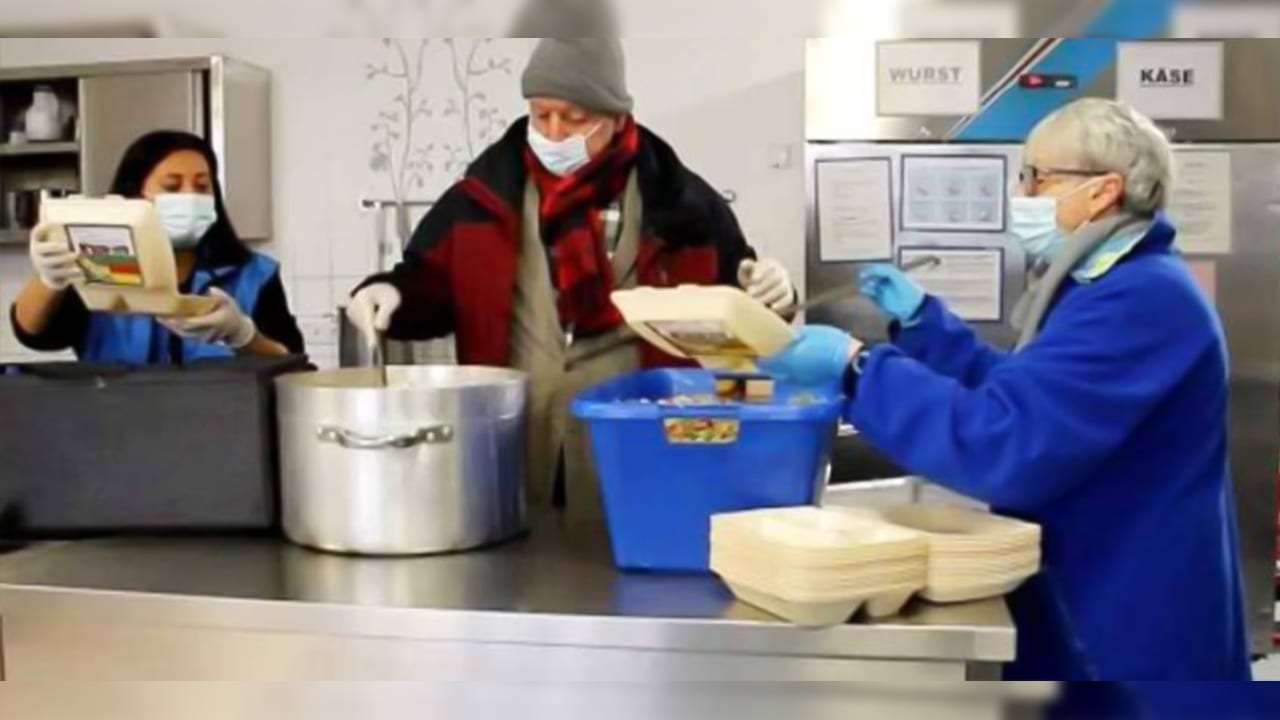 Kurdish activists in Berlin talked to Yeni Özgür Politika about the social responsibility projects and the solidarity campaigns that have been carried out by Kurdish organisations in Berlin.

The Kurdish institutions in Berlin have discussed and planned new steps of solidarity work with the Senate of Berlin to be carried out the city during the Covid-19 pandemic to support vulnerable fellow citizens. Nav-Berlin, a Kurdish social organisation, is one of those Kurdish organizations in the city that has been carrying out solidarity campaigns with the Senate of Berlin and with the sub-municipalities in Berlin to supply food aid for the homeless in the city amidst the pandemic.

The Senate of Berlin and the Neukölln Municipality has shared a special message of appreciation with the Nav-Berlin activists for their contribution to the social responsibility projects. “We come from poverty. We have been subjected to injustice where we were expelled from. For this reason, we understand poverty properly”, said Parmaksız. 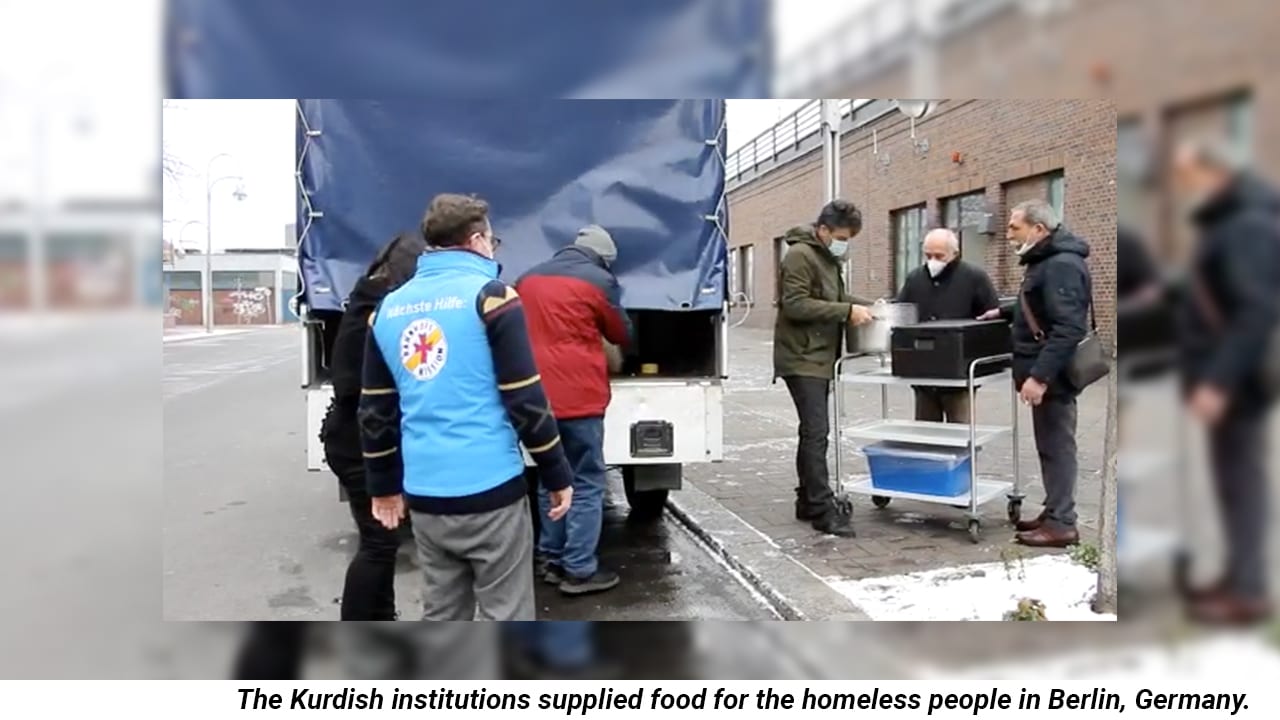 Parmaksız stated that they have formed a ‘crisis’ desk – which includes people from different professions, such as doctors, nurses and public relations experts – to offer medical assistance and support to those in emergency situations.

The Kurdish activists were also able to provide 2,200 masks and hygiene materials free of charge to people whilst they organised a chain of solidarity with young volunteers who have been supporting elderly citizens – who have had to stay at home – by assisting them with their shopping needs.

Homeless people are reportedly amongst those most ‘at risk’ in terms of being most vulnerable to the pandemic, and many have had to cope living ‘rough’ in extremely cold temperatures during the winter months. “The problems of the homeless have increased with the cold weather”, Nav-Berlin co-chair İsmail Parmaksız said. He added: “We made an offer to supply food for the homeless people to the Obdachlos Association of the Senate. They accepted the offer and Nav-Berlin members also became their sponsor”. 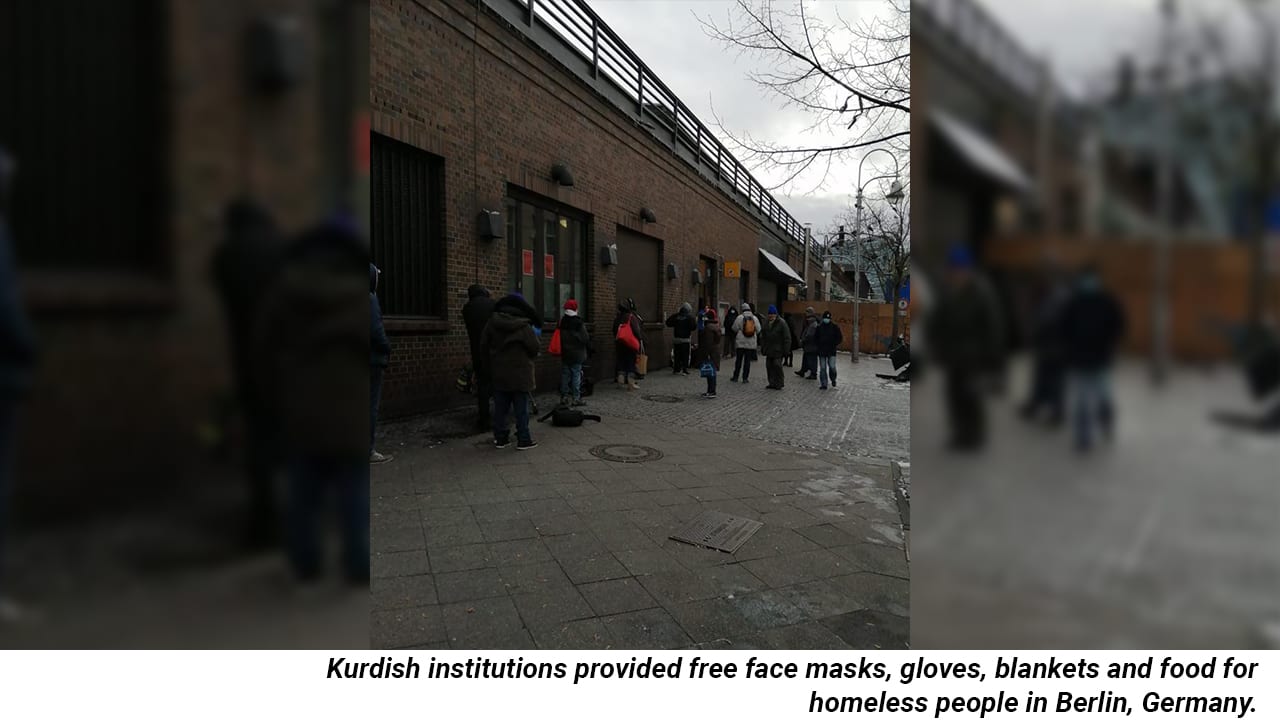 FED-KURD, a federation led by Kurdish migrants which includes associations and community centres in Berlin, Brandenburg and Sachsen, is another Kurdish organisation in the city which actively engages in solidarity campaigns. FED-KURD activists have been working on providing free face masks, gloves, blankets and food for those in need since the pandemic hit the city.

“When the coronavirus crisis broke out, we set up a Corona Crisis Table to produce solutions”, said Mehtap Erol, the chairman of FED-KURD, and also an activist of the Dest-Dan Women’s Assembly. Erol stressed that they have been giving priority to women in need. “We hold our social solidarity campaign both in Berlin and in the eastern states of Germany. Women constitute our target groups for solidarity as we try to touch the women’s lives”, she said.

ITUC: Turkey amongst the 10 worst countries in the world for workers

British and Irish MPs: Öcalan’s freedom essential for a step towards peace

NATO concession is a black day for Sweden: Amineh Kakabaveh

Sweden and Finland to join NATO after Turkey lifts veto