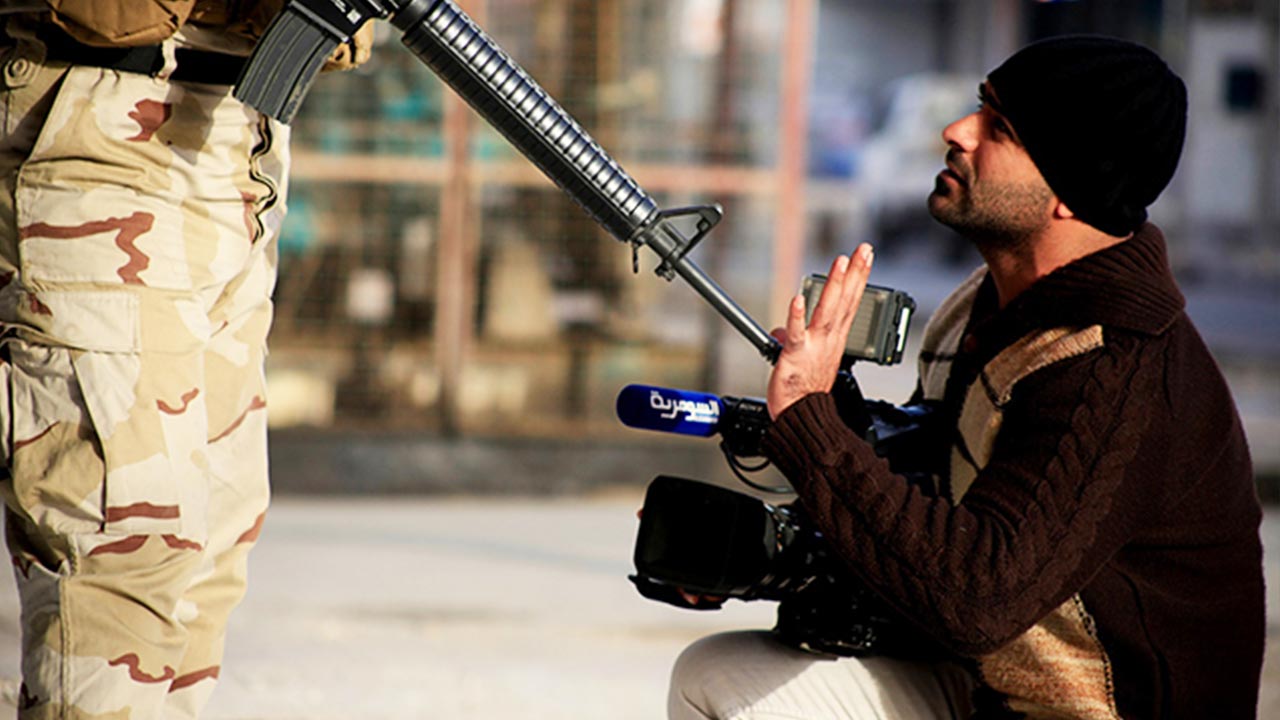 There are at least five journalists presently detained in the Kurdistan Region of Iraq (KRI). In Duhok, the offices of TV-station NRT have been shut by the authorities after they had been raided and their equipment seized and a law suit was opened against them. Why? Because they reported on the civil unrest that has erupted in the northern parts of the Region, especially in the Bahdinan-area due to unpaid salaries and to ongoing Turkish bombings. The press freedom situation in the Region has never been this bad. But please, don’t be surprised: it was inevitable with the current structure of the Region. 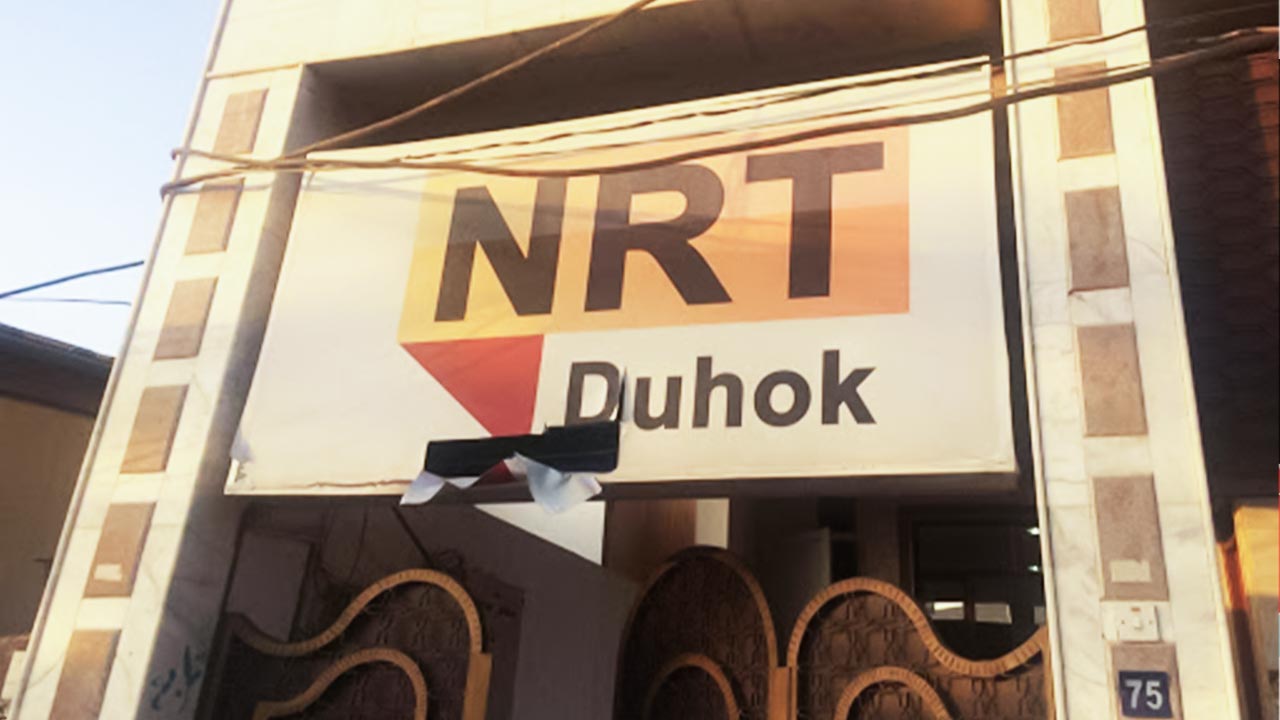 How low would the Kurdistan Region be on the World Press Freedom Index of Journalists Without Borders? Black as Iraq, placed 162nd out of a total of 180 countries? Very well possible. When I researched the situation for a book I wrote about press freedom in Iraq (which is online for free), I discovered that the situations between Iraq and the Kurdistan Region don’t differ that much. In a way, the Kurdish situation is even more suffocating. 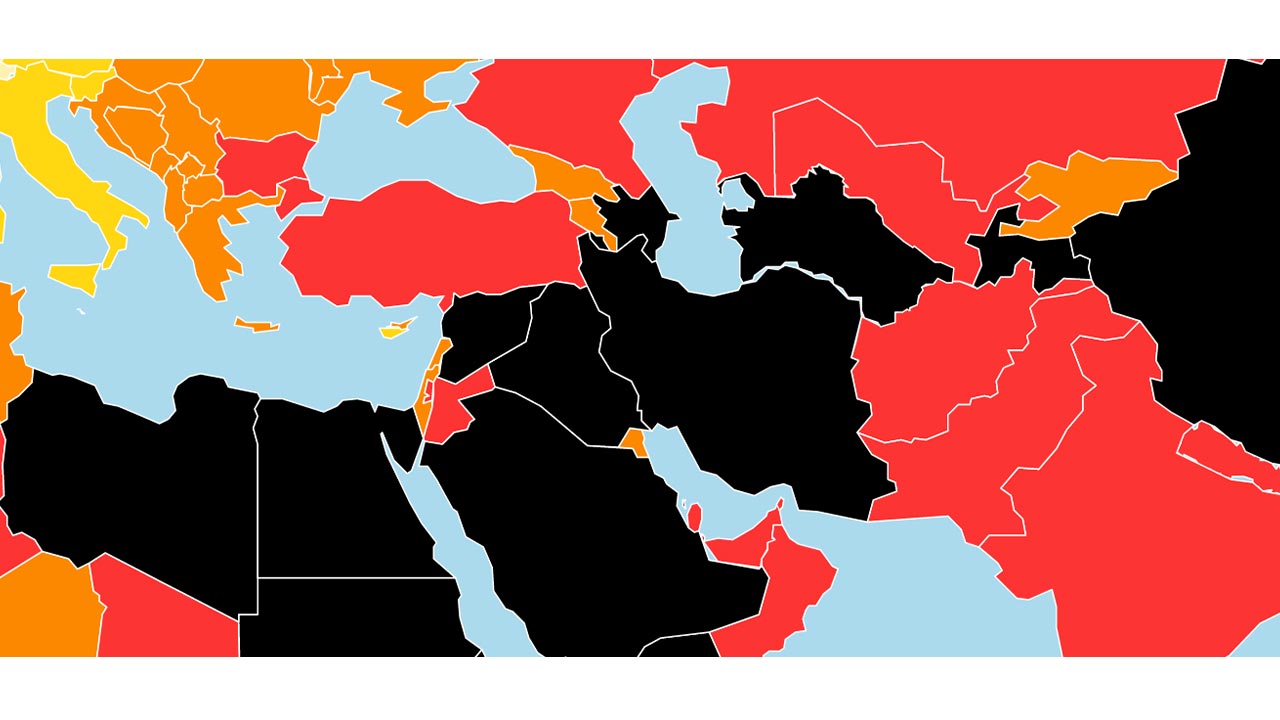 In Iraq, there is no non-partisan journalism, a few non-influencial exceptions aside. Every paper, every TV-channel, every news website is tied to either a political party or a political block in parliament. The self-censorship is extreme: certain topics cannot be covered and crimes of the many militias active in the country top the list of taboo subjects. Whoever dares to cross the line will be kidnapped or even murdered. Journalists are also used in disputes between (local) political actors – for example, by having to write about a corrupt political rival. When the competition between competing parties gets out of hand, the political leaders don’t go after each other’s lives but after the lives of the other’s reporters. Nobody cares: the impunity rate for murdering journalists is literally 100%. 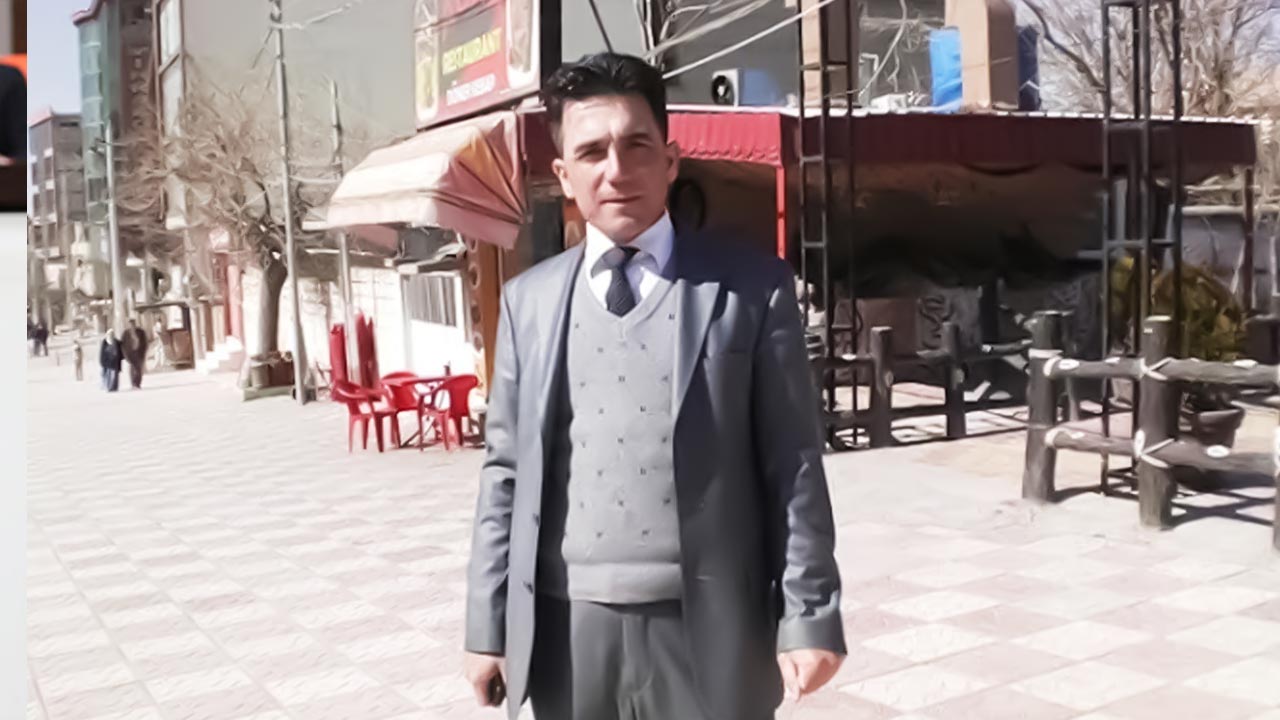 Not much different in the Kurdistan Region. Not even one of the murders of journalists in Kurdistan in the last decade has been solved. All of them were murdered because they wrote and published about corruption – mostly Kurdistan Democratic Party (KDP) corruption but Patriotic Union of Kurdistan (PUK) corruption as well. The militias of the parties dealt with the journalist – well, that’s not been proven, I have to of course add, but nothing like this happens with impunity in the KDP and PUK regions without the implicit or explicit permission of the authorities.

Kurdish journalists in Başur have even fewer options than many of their colleagues in Iraq. They can’t switch to another news outlet easily because it would mean breaking away from the community, the clan and the party affiliation you were born into. You would break important ties, with implications reaching much further than just the workplace. And in the new environment, you’d encounter the same problems anyway, so what’s the use?

Some journalists choose to have another daytime job – if they can find one – and report independently via social media or small online outlets, and there is a group that works for PKK affiliated media, which are pressured by the Kurdistan Region’s authorities as well. Others opt to comply and don’t get me wrong, quite a few of them are making good, important stories, but we must not forget that they know precisely which boundaries not to cross in order to survive. Just like their colleagues in Basra, Baghdad, Mosul or Tikrit. 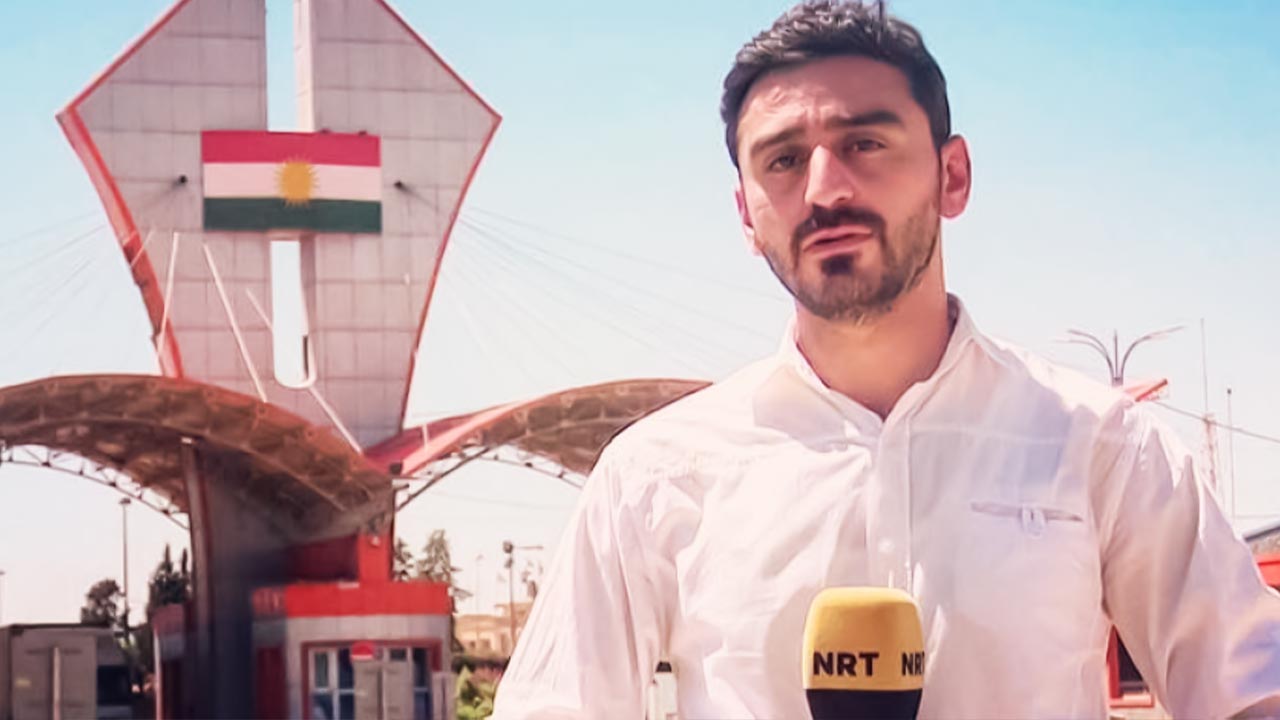 And just like their Iraqi colleagues, Kurdish journalists are the first to suffer from increasing tensions between different political factions. This is what we see now: as the relations between KDP and PUK have continued to worsen since the tragic events in Kirkuk in 2017 and the budget disputes between Erbil and Baghdad never seem to fade, the journalists are the ones biting the dust. Especially now that another armed force, the Turkish army, is penetrating the Kurdistan Region further every day. It is no coincidence that the crack-down of journalists is the fiercest in the Behdinan region (with the cities of Amedi, Akre, Zakho, Shekhan and Duhok) where Turkey has it’s biggest presence. No way the KDP, economically and politically fully dependent on Turkey, will stand up against the occupier to defend the freedom of its citizens, let alone of its journalists. 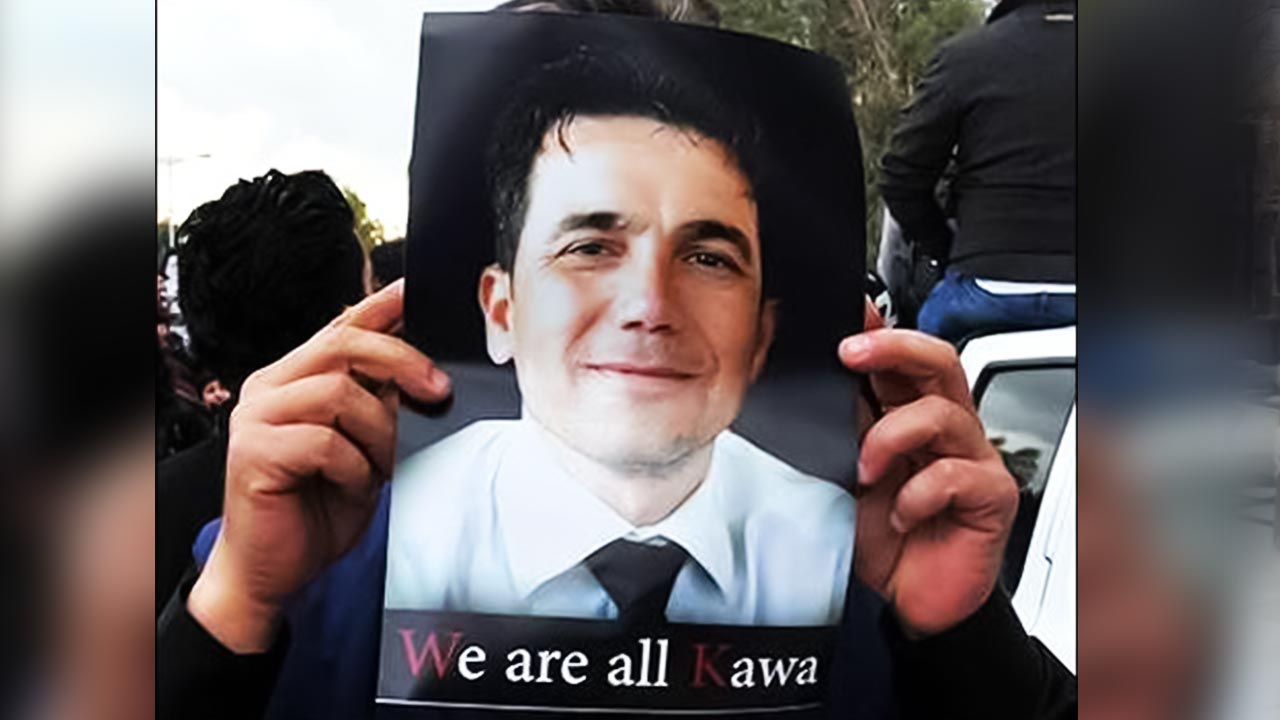 It’s a sad conclusion to draw: if the Kurdistan Region were independent, it would be pitch-black as Iraq on the RSF’s map and continue to be indistinguishable from Iraq.

Specialized Sergeant Musa Orhan: Released after only a week of imprisonment

Specialized Sergeant Musa Orhan: Released after only a week of imprisonment