Matt Broomfield
The term ‘chemical warfare’ is a loaded one, and accusations of chemical weapons usage are always highly politically charged. In the Syrian conflict, for example, the Assad regime’s use of nerve gas against civilians in Khan Sheikhoun provoked a significant shift in US policy towards the war, with the then president Donald Trump launching an unprecedented missile strike in response. The public responds with shock and disgust to images of people writhing in contorted pain and frothing at the mouth – as well they should.

Why is it that chemical warfare is seen as beyond the moral pale? After all, hundreds of thousands more civilians have died through conventional means in the course of the Syrian war without provoking any such response from the West. Even Roman jurists decried the use of poison in war – albeit their own generals did not shy away from targeting their enemies’ wells. The contemporary ban and taboo on chemical warfare dates from the aftermath of World War One, when chlorine, phosgene and mustard gas were used by all sides to kill tens of thousands of combatants.

Again, there is something inhumane and psychologically devastating about the silent, creeping menace of a chemical agent, famously captured by Wilfred Own in his description of ‘blood come gargling from the froth-corrupted lungs/obscene as a cancer.’ But given that chemical attacks actually accounted for less than 10% of the death toll of that bloody war, with the gas shells used at the time prone to drift back over friendly trenches, some have argued that Western powers cynically acceded to the ban on chemical weapons as part of the 1925 Geneva Protocol, while reserving the use of machine guns and other more effective instruments of mass death. 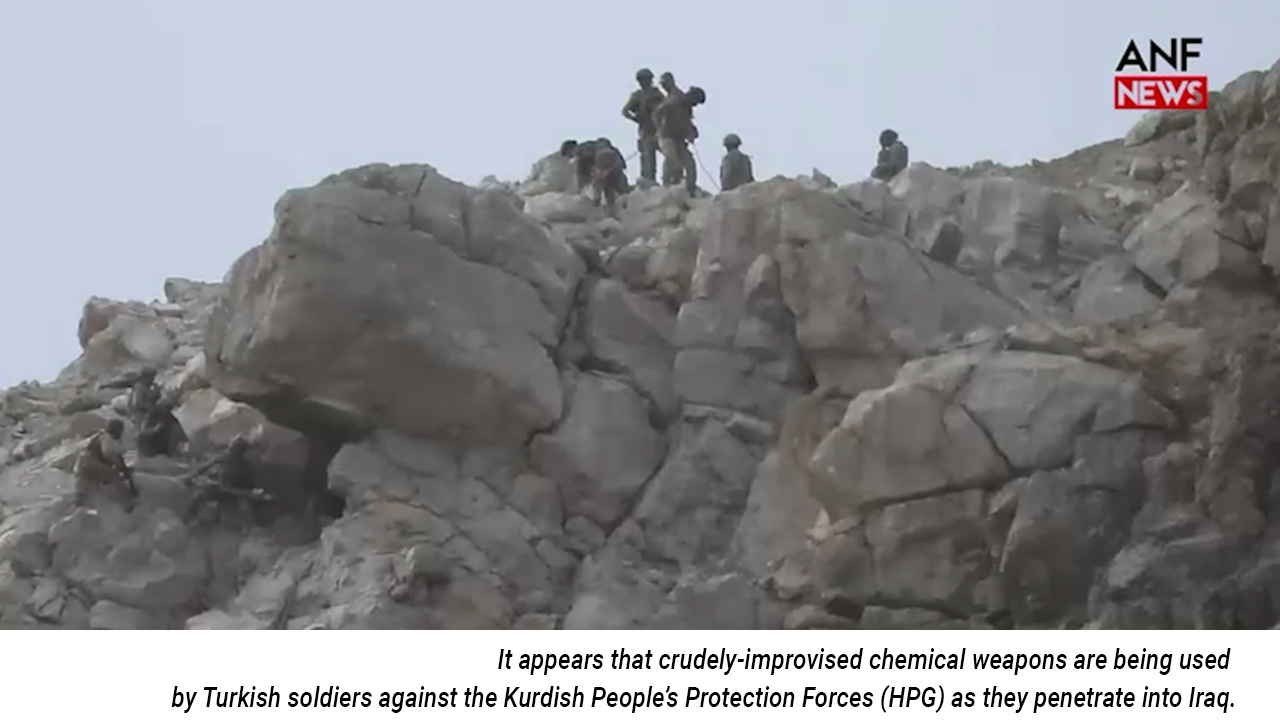 This also explains why Turkey and other states have felt able to continue using chemical weapons against non-state opponents – for example, why it is legal to use tear gas against civilian protesters, but not on the field of war. Many chemical weapons cannot be used effectively against soldiers equipped with protective equipment such as gas masks, but they can be used to terrorize civilians (as they were by Assad in Ghouta and Khan Sheikhoun), or against lightly-armed guerrilla fighters. Napalm and the herbicide Agent Orange, chemical agents in practice if not by the letter of the law, were used to devastating effect by the US as their forces brought destruction and misery to Vietnam. And today, it appears that crudely-improvised chemical weapons are being used by Turkish soldiers against the Kurdish People’s Protection Forces (HPG) as they penetrate into Iraq.

We are not speaking, here, about sarin gas being sprayed from war-planes onto major civilian settlements. Indeed, Kurdish accusations of chemical weapons use have not been helped by sensationalist claims made without proper evidence. But given the obstructive attitude of the Iraqi Kurdish authorities, proof is hard to come by. Evidence points to the use of tear gas, smoke, likely improvised chlorine agents, being released into the cave systems in which Kurdish fighters are forced to hide by the parallel threat of Turkish drones. Such weapons would be ineffective against a well-equipped state army, but are highly potent against a non-state actor. 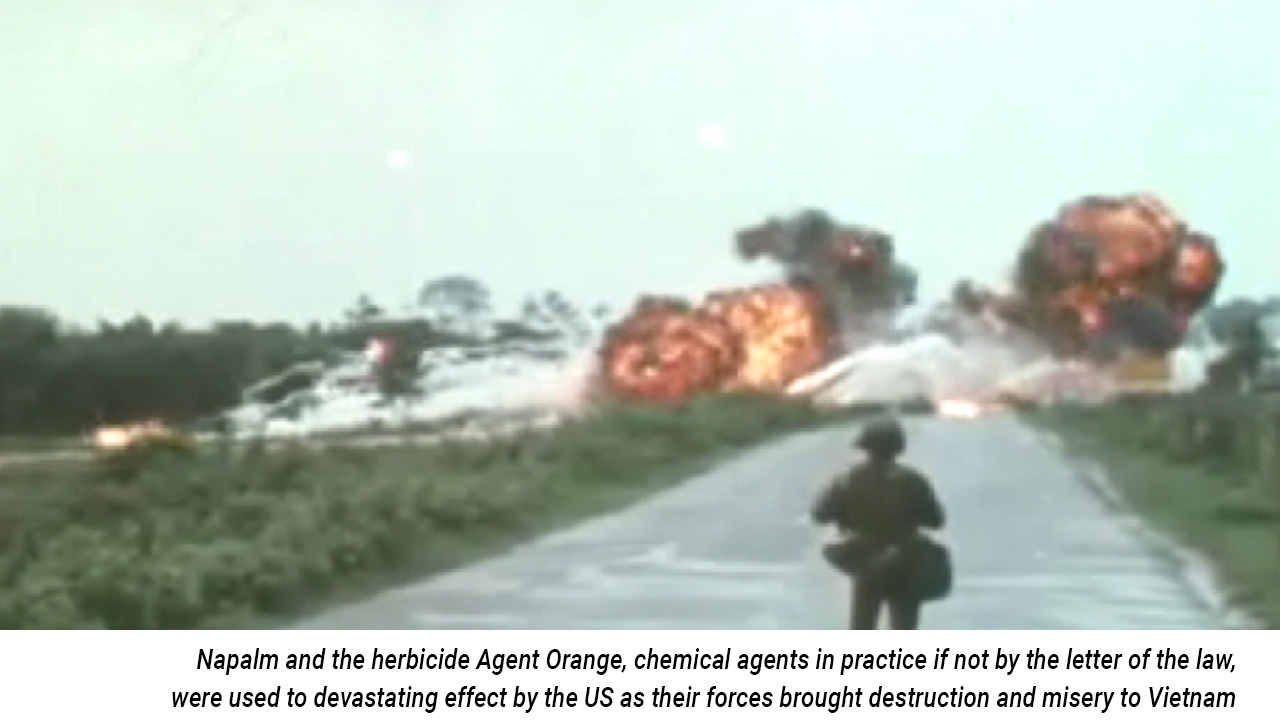 Indeed, while protective equipment was found in a region vacated by Turkish forces, Iraqi Kurdish authorities have tried to obstruct the delivery of gas masks to the Kurdish People’s Defence Forces (HPG) in northern Iraq. More recently, these same authorities actively worked to prevent a delegation from the International Physicians for the Prevention of Nuclear War from investigating alleged chemical weapons attacks conducted by occupying Turkish forces in northern Iraq.

It is as shocking as it is unsurprising that the governing Kurdistan Democratic Party (KDP) blocked the delegation from visiting even civilian villages which have suffered alleged chemical attacks. The Iraqi Kurds suffered one of the worst chemical massacres in modern history, with Saddam Hussein’s forces killing up to 5000 civilians with mustard gas and other agents. But these days, the KDP is willing to block even an objective, external investigation into allegations of chemical warfare on its own territory conducted against its fellow Kurds, all in order to preserve its relationship with and reliance on Turkey. (The KDP provides infrastructure, intelligence and military support to Turkey to invade its own territories, where Turkey has established dozens of bases in violation of international law.) 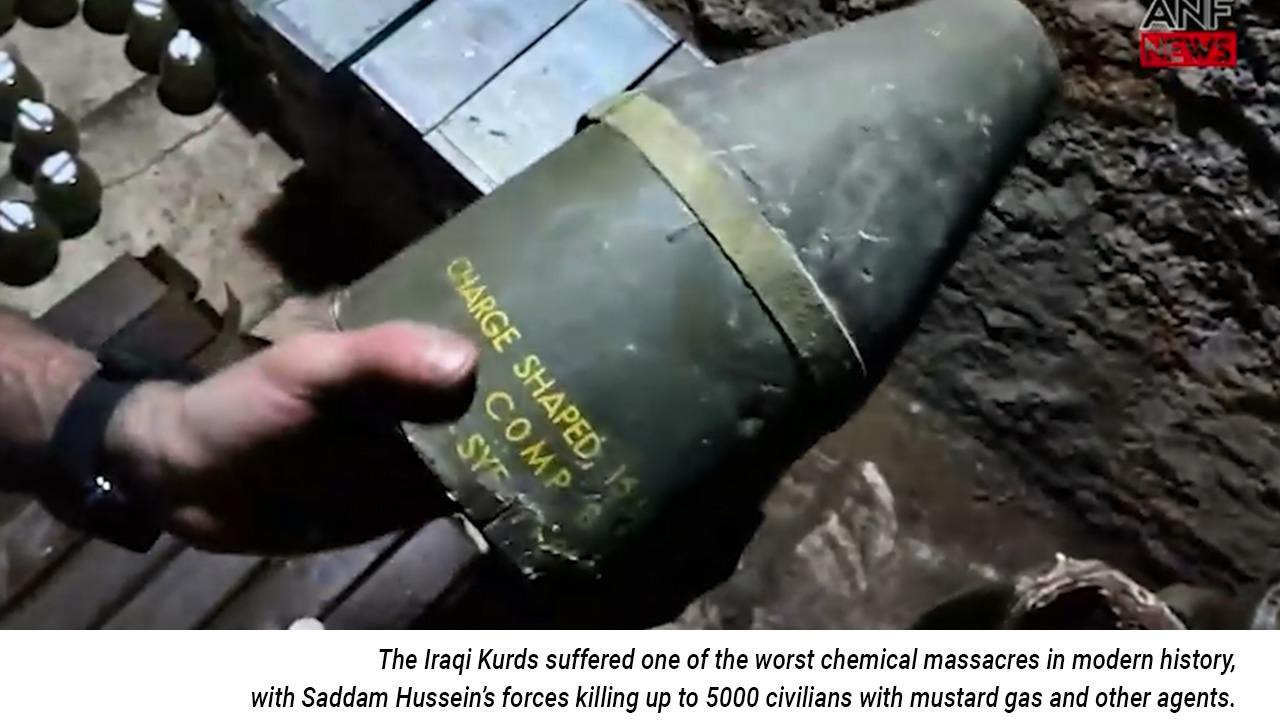 For the use of chemical warfare against non-state actors is not merely a matter of military doctrine. As the IPPNW delegation emphasized in their report, only actors like the Organisation for the Prohibition of Chemical Weapons or the UN Secretary General have the competency to conduct a serious investigation into these claims. But in reality, it will need a state party to escalate the issue to the OPCW and force a response from Ankara, Baghdad or Erbil. And when even fellow Kurds are willing to cover up Turkey’s alleged atrocities, the Kurdish freedom movement in northern Iraq can have little hope of finding support elsewhere.