Jérémy Paoloni: ‘There are real people behind the numbers’ trying to cross the Channel

Going to the coast of Calais at 6 am every morning in an attempt to record the crossings of the refugees to the UK, Jérémy witnesses the hardships of around 3,000 refugees, full of fear and subjected to police pressure, as they attempt to set off on hazardous journeys across the English Channel.

At least 27 people, including three young children, drowned on 27 November in the English Channel from France to the UK after the overloaded dinghy carrying them sank in what amounted to the largest single loss of life in the English Channel since the UN migration agency, the International Organisation for Migration (IOM), began reporting in 2014. 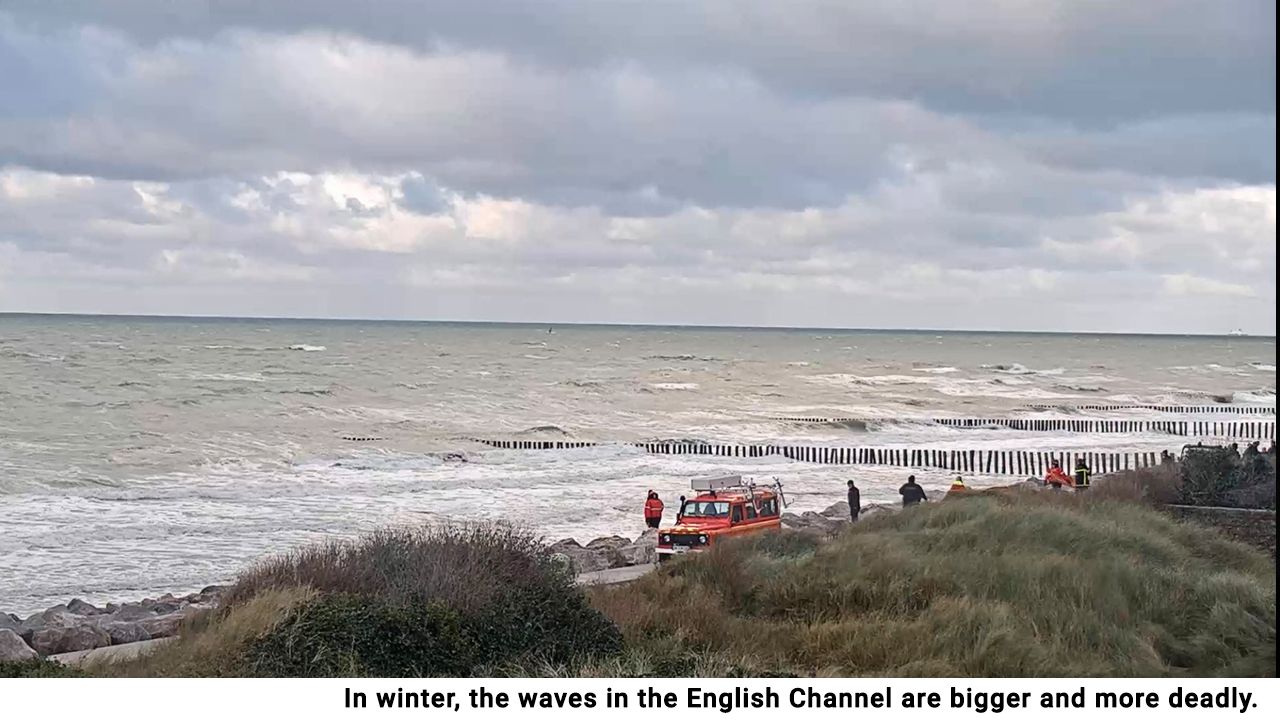 Whilst the British Prime Minister Boris Johnson has stated that they have found it hard “persuading particularly the French” partners to find a solution to the tragedy of the refugees on both country’s coasts, French President Emmanuel Macron called on London to stop “politicizing a dramatic situation for political purposes.”

Amid the political spat between two countries, there are many who are witness to the refugees’ hardships in Calais, northern France. Jérémy Paoloni, a French photojournalist, is one of them. He has been working with refugees in Bosnia over the past year and most recently has been following the refugees and asylum-seekers in Calais for the past two weeks. 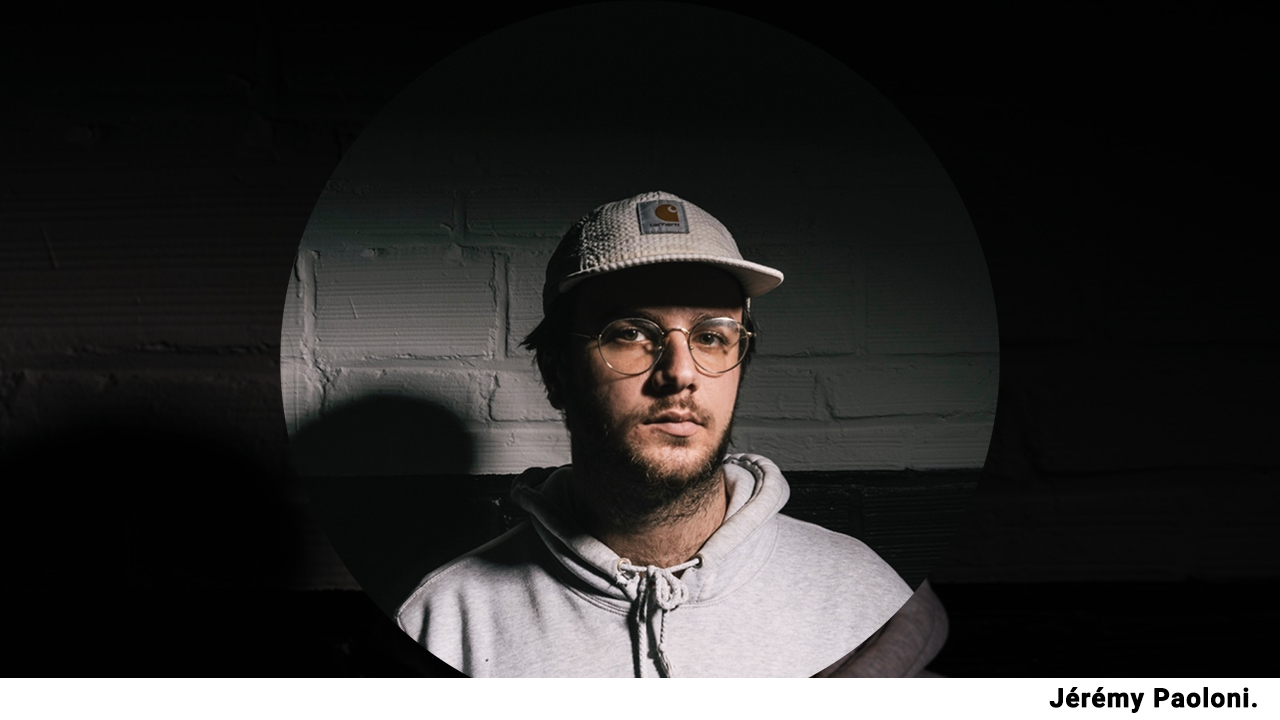 Jérémy goes to the coast at 6 am every morning to try to record the crossings of the refugees during the morning hours. “They are mostly hiding themselves in the forest, to put up their boats and its engine. And then they try to run to the beach. They are escaping from the police, who try to stop them,” he told Medya News. 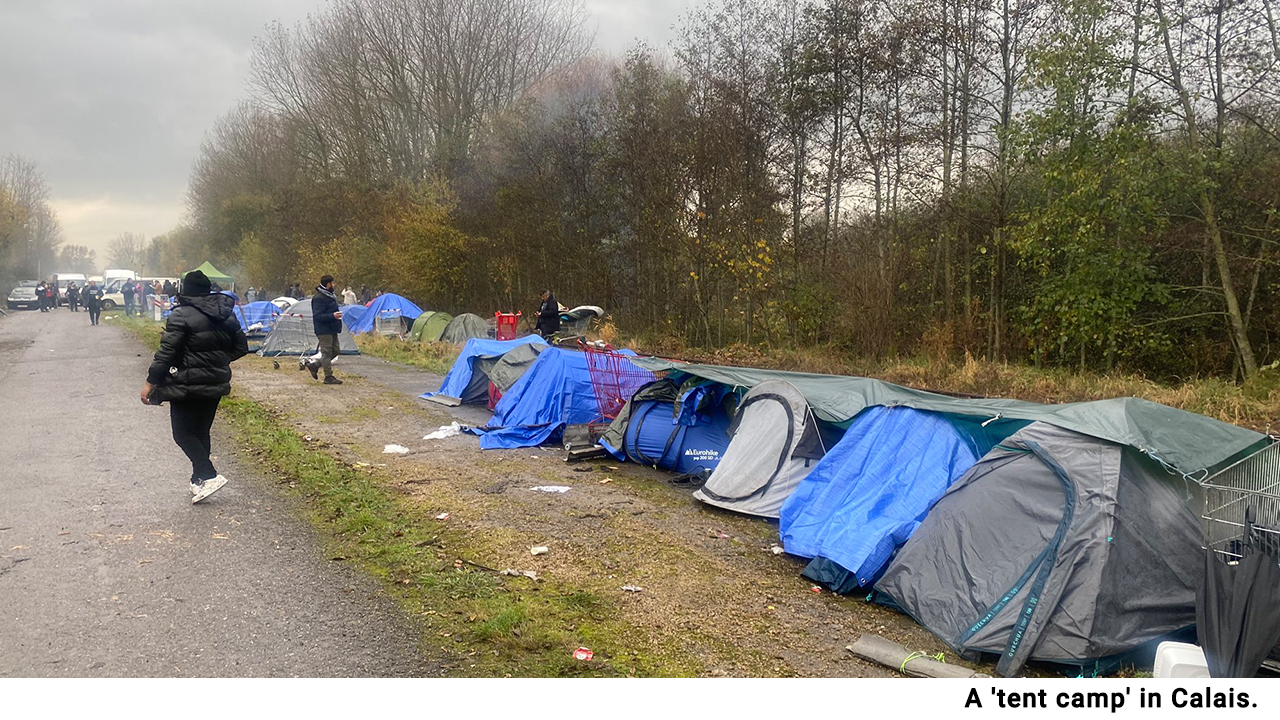 Jérémy states that in Grande-Synthe, the number of people are around 1,500 and in Calais, the same numbers apply. So the numbers are around 3,000 refugees now.

Every 48 hours, police arrive to evacuate the refugee camps, so refugees residing in ‘tent-camps’ are living in constant fear of raids and police violence. “The police come in every two days and tell refugees to take down their tents. Sometimes, the police break up their tents and take the personal belongings of the refugees, and they do not return these afterwards.”

Constant pressure by the French police

Volunteers come every day distributing meals, but the French police sometimes intervene as the distribution of food takes place. Jérémy states that he has witnessed many instances of these types of interventions: “For example, they put a wall of dirt in front of one camp, so the truck of the association cannot go inside.”

“Volunteers have to climb the dirt and go by themselves inside the camp, but the trucks cannot go inside. The works of the volunteering associations are getting more difficult every day,” he emphasized.

The pressure of the French police is also deeply felt by the journalists in Calais. The last time when the refugee camp in Grande Synthe was evacuated, the police took Jérémy out of the camp, and did not allow him to record the moments of evacuation.

“It is difficult to be a journalist here, because the French government says that journalists cannot cover the situation of the refugees,” he says.

“Journalists and humanitarian activists are not allowed inside the camp when they are evacuating it. It is very big problem” regarding “freedom of the press. It is very difficult to witness what is happening inside.” 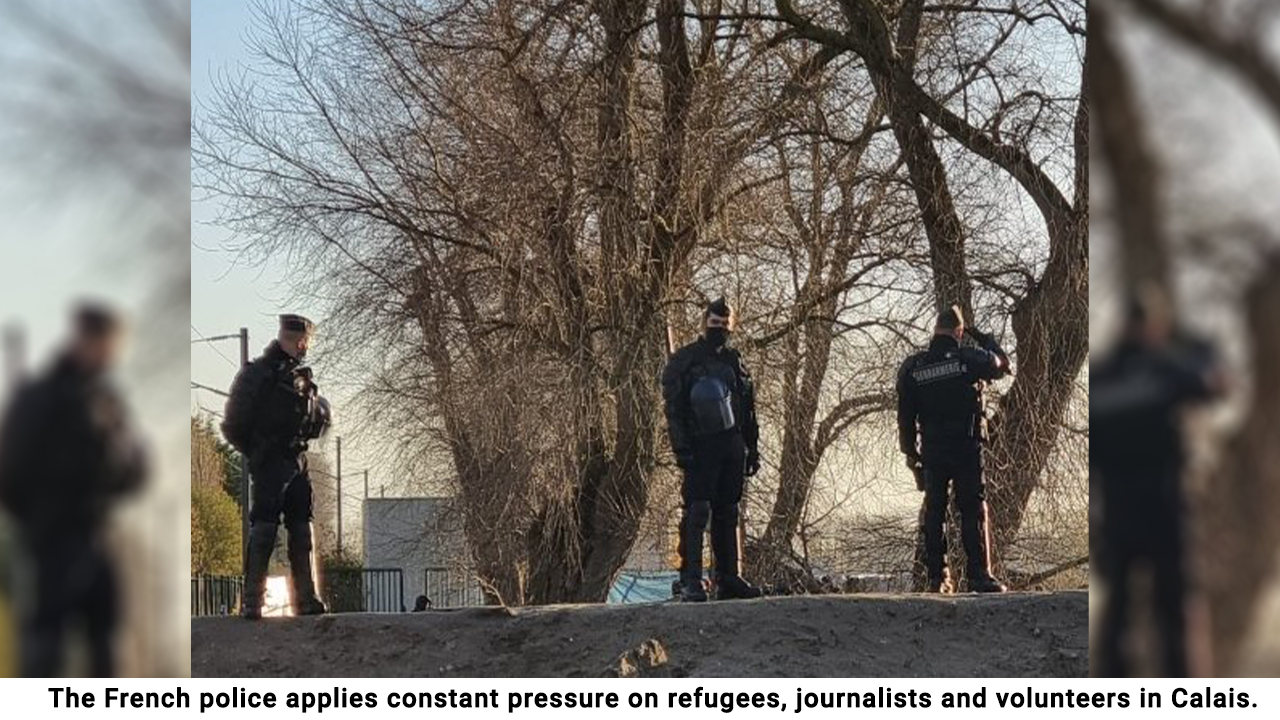 Why do people want to cross into the UK?

The first reason why thousands of people try to cross into the UK from France is that they already speak English, Jérémy notes. “I think it is easier for them to go to a country where English is spoken.”

The second motivation of this flow to the UK, he notes, might be that it is easier to settle down when you are a refugee in England than in France (a reference here to the hard and years-long bureaucracy one has to be subjected to before receiving permanent asylum and residence in France).

“Also because, in France, it is really difficult and takes a long time to have a regular [permanent] residence. I think it is the main reason. Also, some people have told me that they have families in the UK and they want to join them,” he said.

What do the residents of Calais think?

From Jérémy’s conversations with the residents of Calais, he says that many people have nothing to say against the refugees. “Most people understand that people leave their countries because of wars, because they want a better life. Most people are a little bit tired about the situation, but nobody told me that they feel angry against the refugees,” he said.

A resident from Wimereux, located in the department of Pas-de-Calais, on the border of Boulogne-sur-Mer, who lives near the main beach where the crossings to the UK take place, told Jeremy that she was very sad to see that people are trying to cross the border and maybe die near the place where she is living.

The 21-year-old journalist says he will continue to photograph the situation with the refugees and migrants in Calais until the end of this year.

He says the first thing to do now is to talk more about the story of Maryam Nuri Mohamed Amin, the 24-year-old Kurdish woman who died trying to cross the Channel: “When we say there are 27 dead people, these are real people, not only a number. I think we have to show citizens that they are real people behind the numbers.” 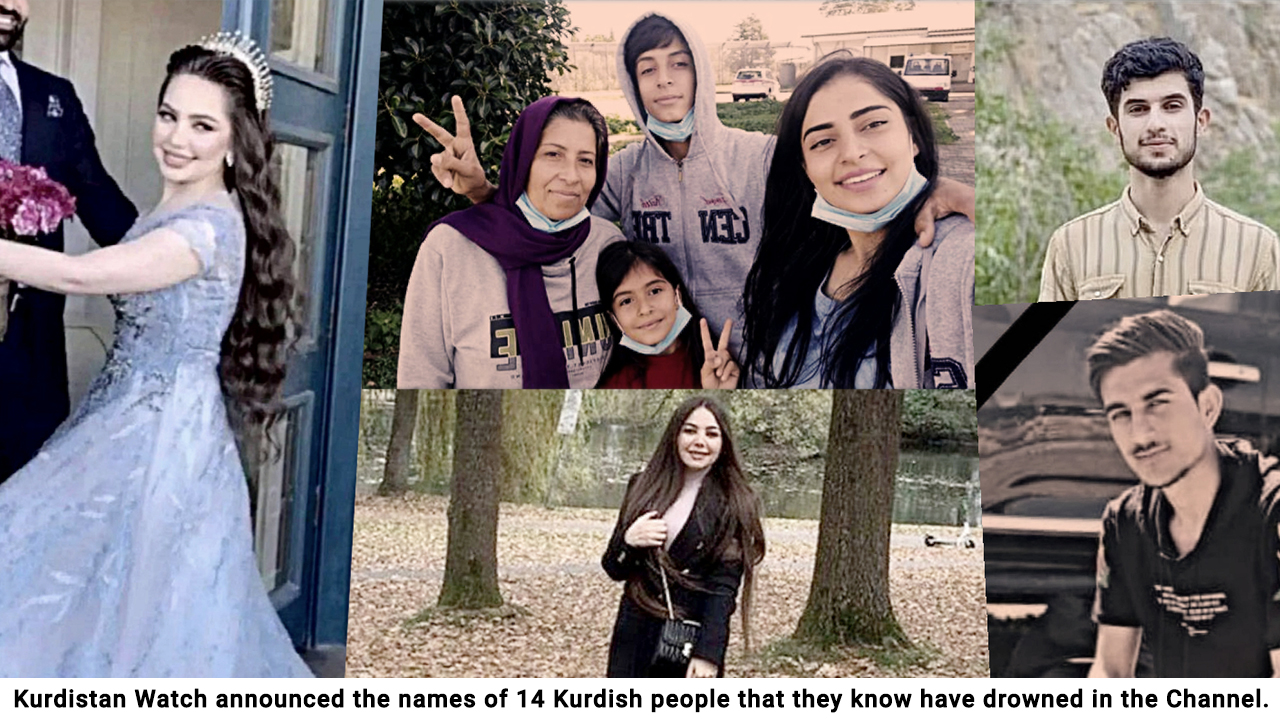 Witnessing the realities of the refugees in Calais every day, he believes that projecting what is happening in Calais as a “refugee crisis” is not the right term to use: “The ‘crisis of refugees’ is not a good term, because we are talking about around 3,000 people, not too many people. I think France and Europe have the possibility to welcome them in good conditions. This is a result of a political choice.”

Jérémy demanded that the French government stop putting pressure on the refugees. “People had already crossed thousands of kilometres to immigrate, so it is not the last 40 km that will stop them, even if they build walls or put the military in their way.”