The seating arrangements at the meeting of the two EU Presidents with President Erdoğan and Turkish Foreign Minister Mevlüt Çavuşoğlu in Turkey led to widespread criticisms being voiced by prominent politicians.

Whilst Conservatives and Social Democrats, as the largest groups in the European Parliament, demanded clarification over the incident and called for a plenary session with von der Leyen and Michel, Italy’s Prime Minister Mario Draghi openly called Turkey’s President a “dictator”.

Draghi criticised Erdoğan’s behaviour on Thursday 8 April during a press conference in Rome. “I absolutely do not agree with Erdoğan’s behaviour towards President von der Leyen”, Draghi said. “I do not think it was appropriate behaviour and I was very sorry for the humiliation that the President of the Commission had to suffer because of these – let’s call them by their names – dictators”.

However, the Italian prime minister also stated that the EU must work with heads of state like Erdoğan.

“With these dictators – let us call them what they are – one must be frank in expressing one’s diversity of views and visions of society”, he said. “One must also be ready to co-operate to ensure the interests of one’s country. The right balance must be found”.

Çavuşoğlu had stressed on Thursday 8 April that the seating arrangements for the EU Commission visit had been decided “in accordance with the EU’s proposal”. He described the criticism of Turkey as “unfair”.

What caused the debate? 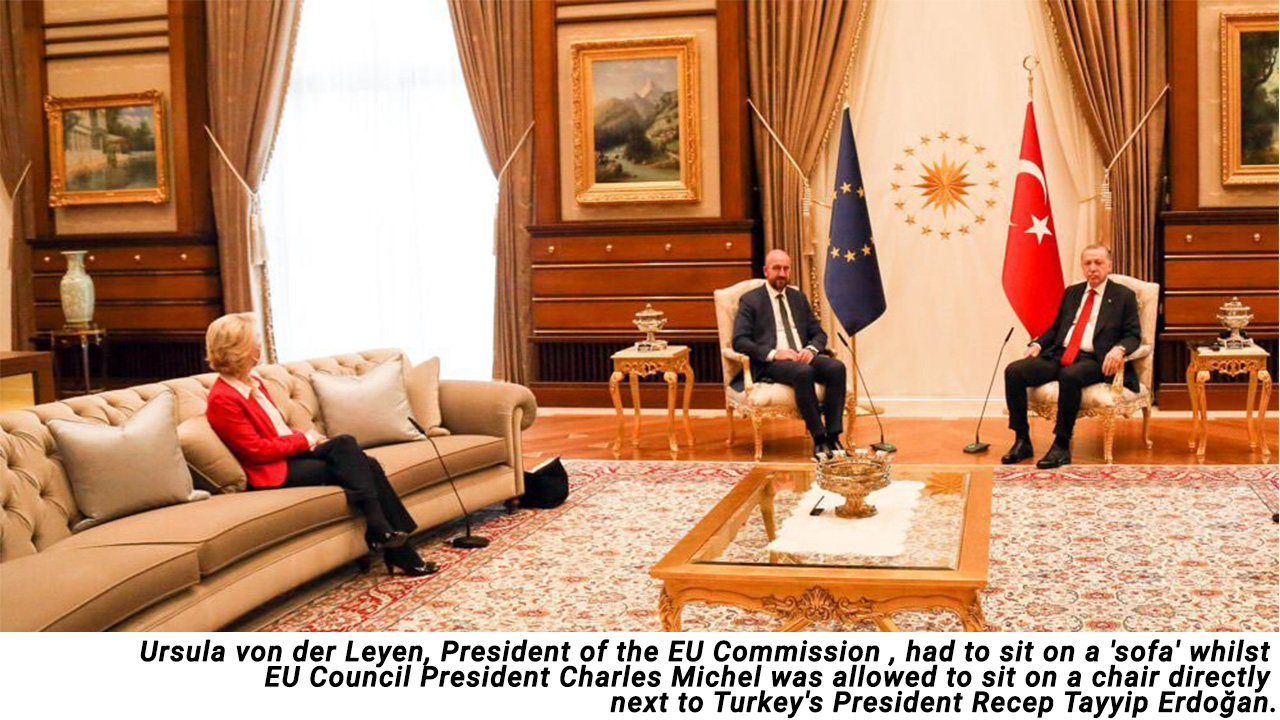 The drama involving Turkey’s President Erdogan and EU Commission President von der Leyen has stirred intense controversy and debate for days. The incident – now popularly referred to as “sofagate” – involved the President of the EU Commission Ursula von der Leyen having to sit on a “sofa”, whilst EU Council President Charles Michel was allowed to sit on a chair directly next to the Turkish President. This action triggered accusations of misogyny against the Turkish government..