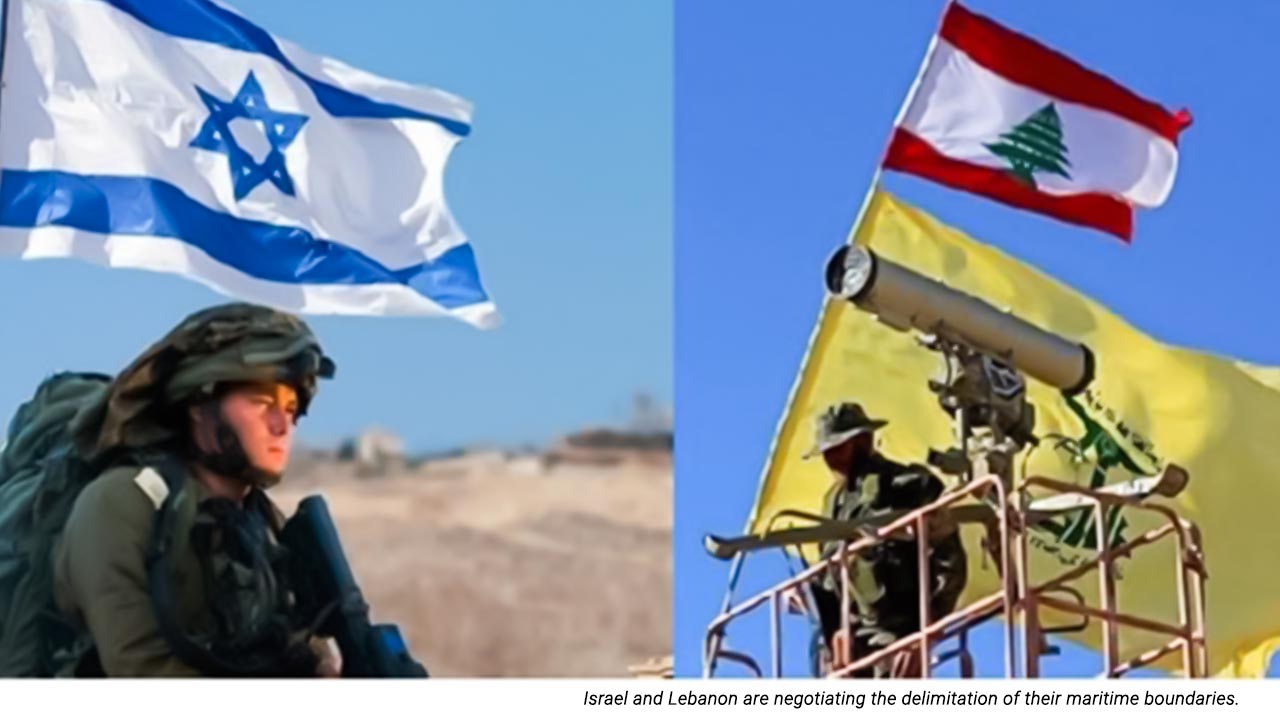 Israel and Lebanon have completed their first round of talks on the delimitation of maritime borders.

They marked a shift in relations between Beirut and Tel Aviv, two regional enemies who are finally sitting down at the negotiating table to demarcate their maritime borders.

The talks took place at the United Nations (UN) headquarters in Naqoura, a small city in southern Lebanon on the border with Israel, and were sponsored by the UN and the United States.

The two countries are, however, locked in a dispute over 964 square kilometres in the sea off their coasts and 13 points of land along the border. 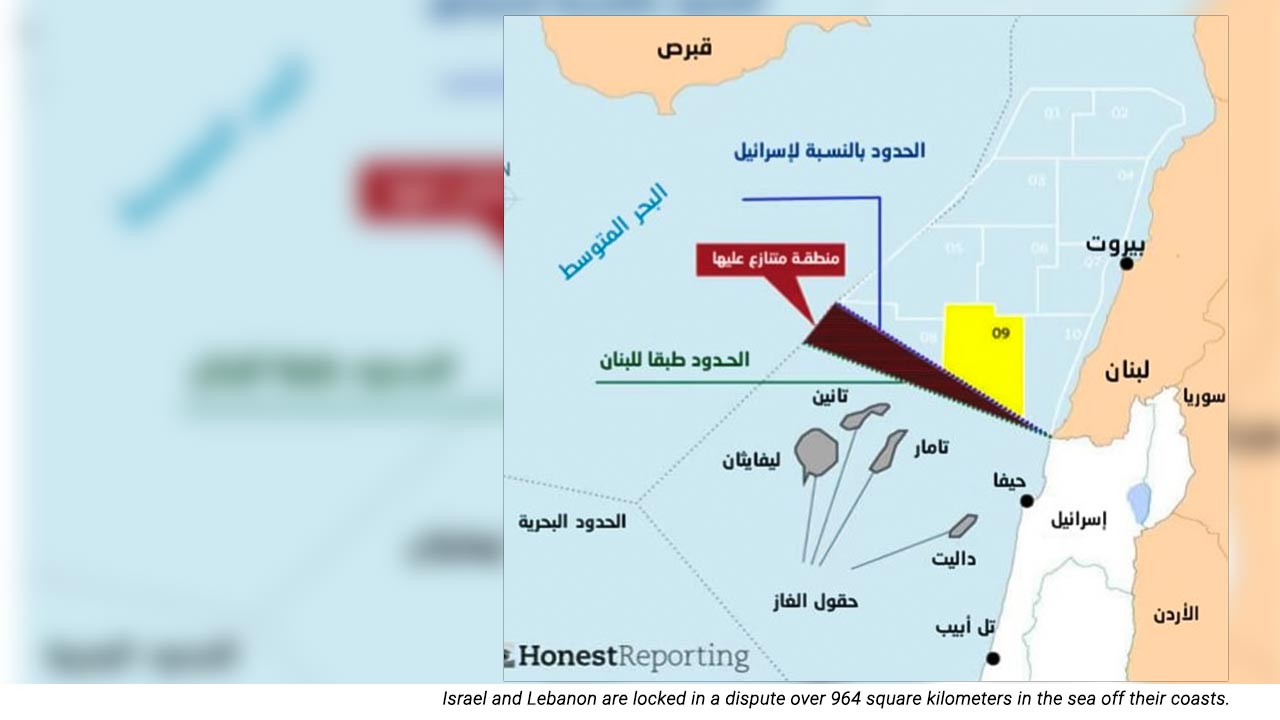 The Lebanese delegation in the Naqoura talks was made up of two military officials and two civilians. The Israeli delegation contained six members, including the Director-General of the Ministry of Energy, a diplomatic advisor to Israeli Prime Minister Benjamin Netanyahu, and the head of the Strategic Affairs Section in the Israeli army.

The meeting lasted for only one hour, according to informed military sources.

The Lebanese delegation expressed hopes for completing the delimitation of maritime borders with Israel within a “reasonable” period, Brigadier General Bassam Yassin said. He added that the meeting would open the door for indirect technical talks between Israel and Lebanon. 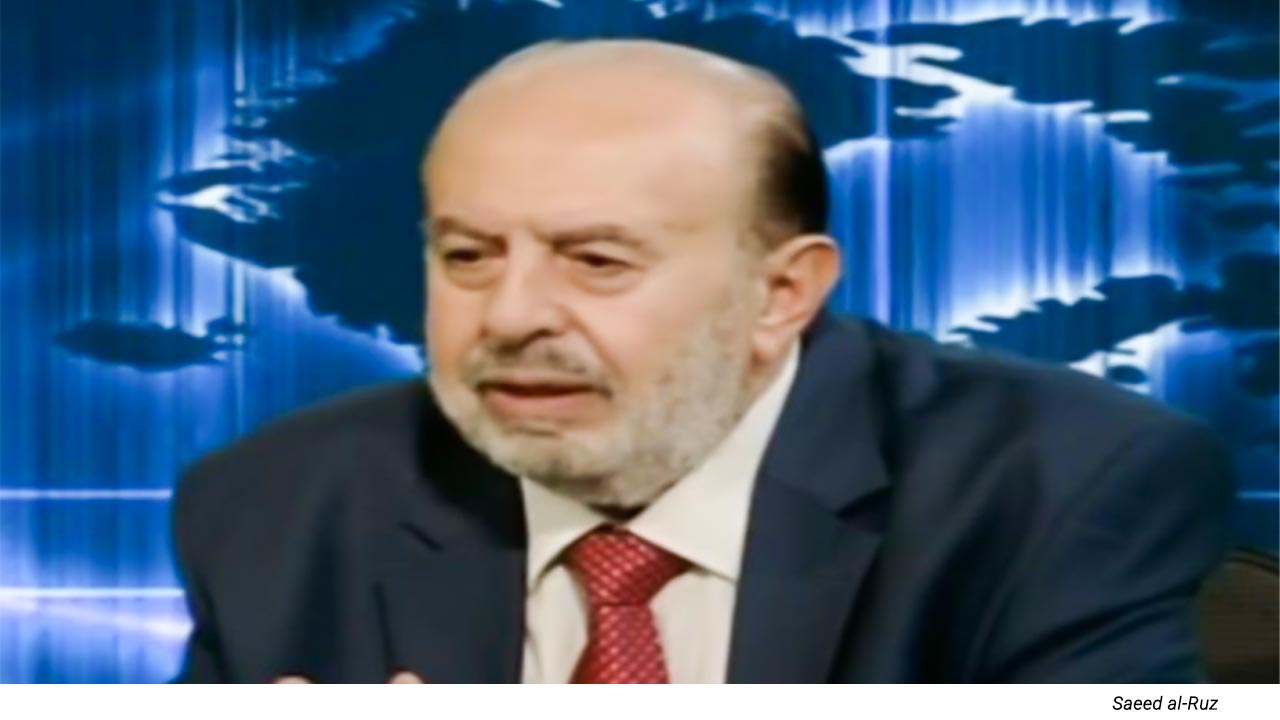 Nevertheless, Ruz believes that new economic and regional realities make it necessary for Lebanon and Israel to sit together to define their maritime borders. This is important, he said, if the two states are to benefit from natural resources within their economic zones in the East Mediterranean, especially after the founding of the East Mediterranean Gas Organisation of which they are members. Ruz also expressed hopes that other parties would honor their commitments in the light of international law.

The makeup of the Lebanese delegation was at the centre of debate in Lebanon over the past few days, especially after the Lebanese Hezbollah militia and Amal Movement, a political party associated with the Lebanese Shia community, objected to the chosen members. The two sides wanted also to be represented in the delegation.

The first round of talks between Lebanon and Israel took place on 14 October. It was headed by the US Assistant Secretary of State for Near Eastern Affairs, David Schenker. 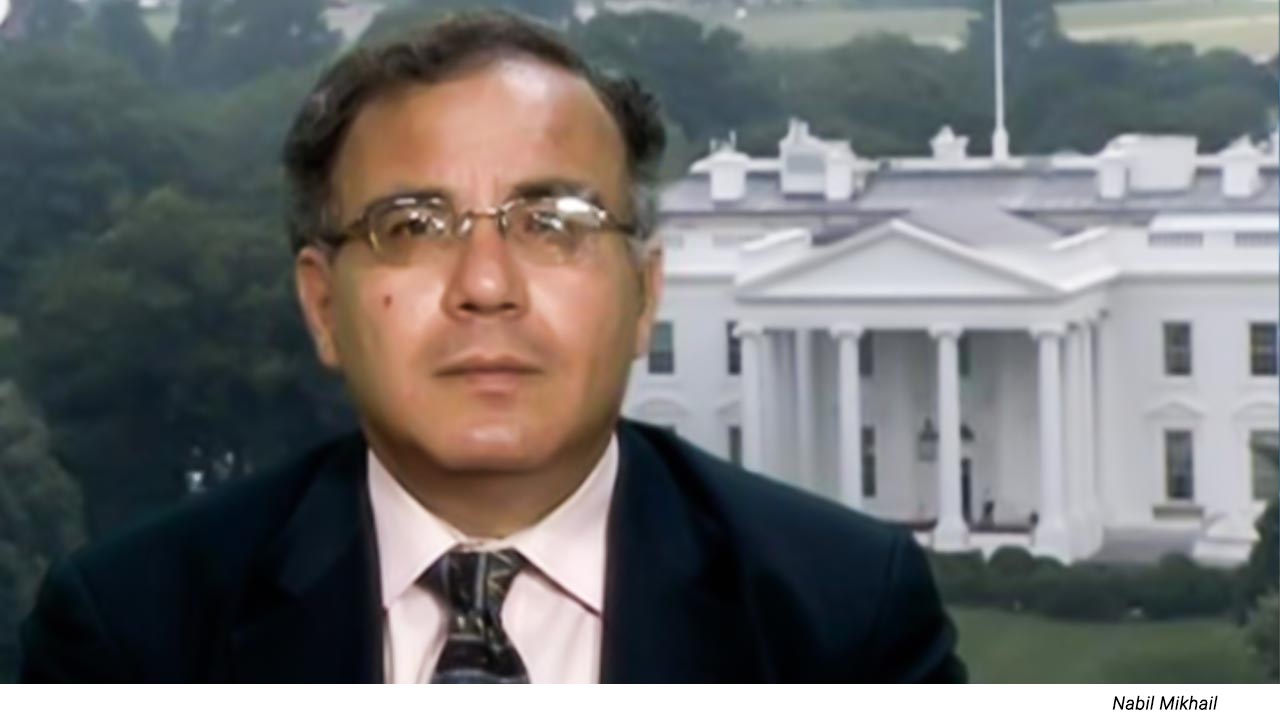 Nabil Mikhail, a political science professor at George Washington University, said the first round of talks between the two sides aimed to demonstrate the mutual goodwill. “This is particularly important, given the fact that the two states are in a state of war”, Mikhail said. He added that the US works to create a positive atmosphere for the talks, which can contribute to ending the conflict in the region. These moves, he said, come while the US works to advance its blueprint for Middle East peace, known as the “Deal of the Century”.

Mikhail said progress in this regard would serve the electoral interests of US President Donald Trump who is keen on winning over the Israel lobby. “The UN is also playing an important role in bringing the two sides together”, Mikhail said.

Some Israeli observers believe their country could reach a deal on the delimitation of maritime borders with Lebanon within weeks or months.

The Lebanese delegation attended the talks, they said, with a positive and practical attitude. Netanyahu, for his part, hopes the talks will succeed. The success of the talks will help Israel move ahead with implementing the EastMed pipeline which will connect the East Mediterranean with mainland Greece via Cyprus and Crete.

The success of the talks will also be an additional victory for Netanyahu, who is facing corruption charges in his country, and will compound Netanyahu’s ability to sign peace with the United Arab Emirates and Bahrain. It might open the door for the normalisation of relations with Lebanon, some observers have said.

Nonetheless, direct talks with Israel are far from ushering in normalisation with Tel Aviv, the Lebanese president said.

The Lebanese and Israeli delegations are due to meet once more on 28 October, when they will discuss an executive formula for the delimitation of maritime boundaries.

İHD calls for investigation into refugee deaths along Syria border

İHD calls for investigation into refugee deaths along Syria border