Is the Turkish government dancing on the nose of NATO and the EU?

Early on 20 November, just after midnight, Turkish warplanes began bombing hospitals, schools and other civilian targets in and around Kobanê. Among the targets were the village of Belûniyê in Shahba southwest of Kobanê and the village of Teqil Beqil near Qerecox in Dêrik in the eastern part of the autonomous Kurdish region of Northern and Eastern Syria. The village of Belûniyê is inhabited by displaced Kurds from Afrin. In addition, Turkish fighter jets attacked the grain warehouse in the Dahir al-Arab region near Zirgan as well as areas in the Qendil Mountains and the Asos Mountains in northern Iraq. This is the current situation. 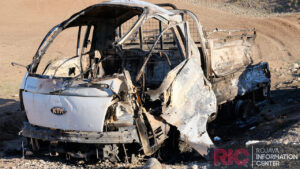 Turkish President Recep Tayyip Erdoğan has consistently used the Russian war against Ukraine for his own interests. He offered himself as a mediator and he was involved in the negotiation of the so-called grain agreement and Turkey also plays a central role in its implementation. Finally, Erdoğan uses the request of Sweden and Finland to blackmail the two accession countries into abandoning their previous supportive policies towards the Kurds.

Most recently, a bomb attack occurred in Istanbul’s famous İstiklal shopping boulevard, killing 6 people and injuring 80. Shortly after the attack, Turkish media spread the word that the Kurdish PKK was responsible for this deadly attack. No evidence for this accusation has been presented to date.

The PKK has denied the accusations. This rejection of responsibility for the attack is credible. The PKK does use weapons to defend itself against Turkish attacks. However, it only takes action against armed Turkish forces.

On the one hand, this was confirmed by renowned, internationally recognised and experienced lawyers at the Civil Society International Tribunal on Turkish War Crimes and Human Rights Violations against Kurds, which took place in Paris on 15 and 16 March 2018.

On the other hand, the Brussels Court of Appeal (Cour d’appel) stated in a decision of 14 September 2017 that the Kurdish-Turkish PKK is not a terrorist organisation under applicable international law, but a combat party in an internal armed conflict.

The decisive feature for this classification of the PKK by the Brussels court is that the PKK exclusively attacks armed forces of the Turkish state and not civilians. In addition, the PKK must have an internal command structure that rules out independent action by its units. This is also recognised as given.

The PKK leadership therefore knows what is at stake for it if it attacks civilian targets. From this point of view, the rejection of responsibility for the attack on the İstiklal in Istanbul is credible. This then also means that with a very high degree of probability this attack is a false flag attack on the account of the Turkish state.

After all, there is a great interest on the part of the Turkish government in portraying the PKK as a terrorist organisation. This is the basis of its anti-Kurdish policy. This includes the attempts to blackmail the Swedish and Finnish governments. The Turkish government knows, of course, that politically persecuted people cannot be expelled from EU countries to other countries. That is why it portrays Kurdish politicians as terrorists. The expulsion of criminals is not forbidden in principle. 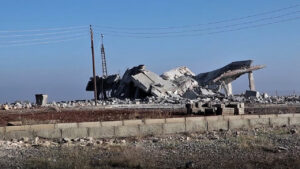 Corona Hospital on the Mishtenur Hill

The same applies to the current attack on the Kurds in northern Syria. This is clearly an attack on the neighbouring state of Syria in violation of international law. The attack in Istanbul merely serves to camouflage and legitimise this illegal attack as self-defence. This justification by the Turkish government for the attack underlines the assumption that the bombing on the İstiklal is a false flag attack.

As stated at the beginning, Turkey has been purposefully working towards the attack for months. Neither NATO nor the EU will have missed this. This raises the question of why NATO and the EU are allowing these renewed attacks on Kurds by a NATO member state in violation of international law. They have had time to influence the Turkish government to prevent this aggression and further destabilisation of the Middle East by Turkey. Or is the Turkish government meanwhile dancing on the nose of NATO and the EU?

* Jürgen Klute became a member of the European Parliament (DIE LINKE/The Left) and spokesman for the Kurdish Friendship Group in the EP from 2009 to 2014. Since December 2016, he has been editing the Europa.blog.