Hrant and ‘The Cut’

Fathi Akın’s film “The Cut”, which was first screened on the centennial of the Armenian Genocide, is not widely known by the Turkish public possibly because it fell victim to an “assassination of silence”. The film narrates Nazaret Manoogian’s epic journey of a century ago, in parallel to the mass murder, forced migration and diaspora of the Armenian people. In the first part of the movie, he becomes a forced labourer and survives the massacre by chance and an act of kindness. The Turkish thug responsible for cutting his throat could not go all the way with it and made a small cut on his throat, which sufficed to cause Nazaret to faint, thereby survive the massacre, but makes him mute.

In other words, “the cut” convicts Nazaret to silence in return for his life. This metaphor opens up many paths of various readings and interpretations, all of which would lead the traveler to the finale of Hrant Dink’s assassination. 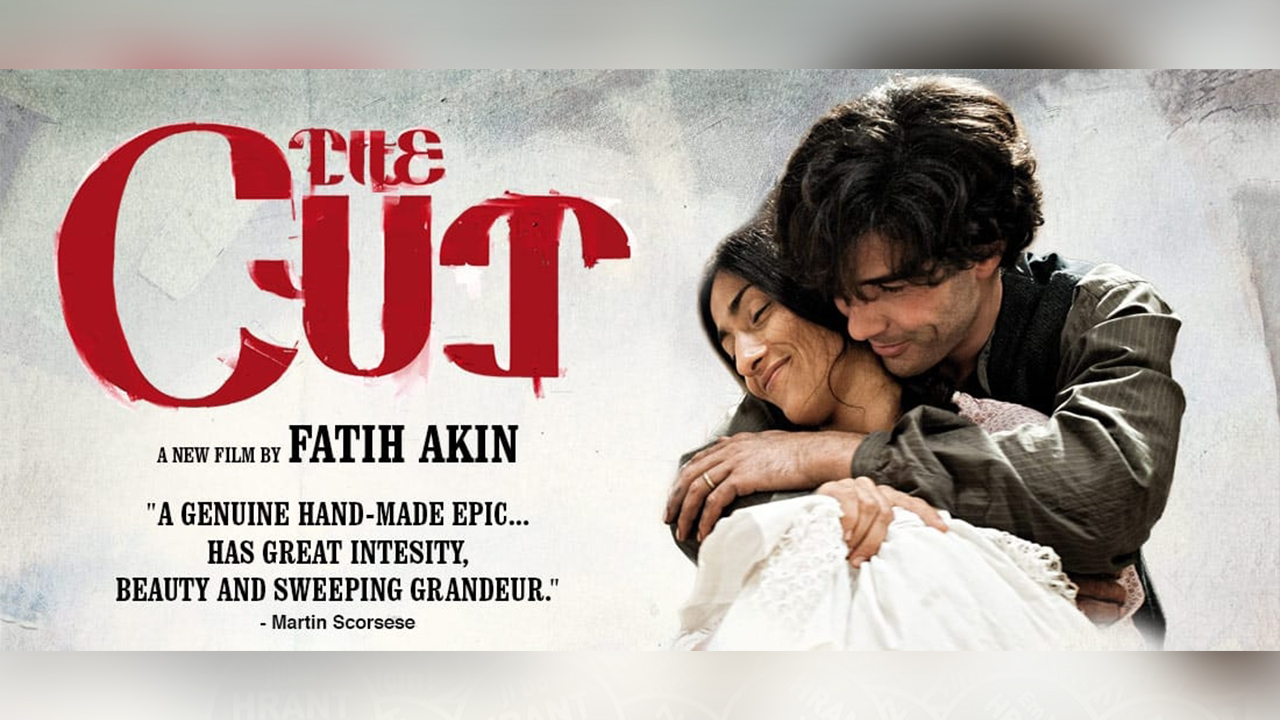 Commemorating the slain Armenian journalist Hrant Dink on 19 Jan has become tradition, now into its fifteenth year. Covering up the comprehensive picture consisting of the full circumstances of Dink’s assassination has also become an old and stubborn tradition. In fact, the two stages of Dink assassination trials, more than illuminating the smoke screen, have been instrumental in allowing the political authority to purge its rivals.

The assassin and his immediate associates were convicted on 17 Jan, 2012. The court decided that the murder was committed by two friends from Trabzon and that “there is no organisation behind the assassination”. Dink family’s lawyers emphasised the evidence of the involvement of the security personnel both in Trabzon and Istanbul to no avail.

Although the court ignored these connections, public opinion at the time was formed to implicate “deep state” involvement in the murder.

Dink’s assassination was then considered in the context of a series of assassinations, which paved the way for Ergenekon and Balyoz investigations by which the militarist and Kemalist elements were purged from the ranks of the Turkish military and bureaucracy. Retired general Veli Küçük, Sevgi Erenerol and lawyer Kemal Kerinçsiz, who had been active in the lynch campaign, were charged and imprisoned for Ergenekon affiliation.

Turkey was sentenced by the European Court of Human Rights (ECHR) several times for not thoroughly investigating this murder. There was also a sentence by the ECHR against Turkey for unlawfully convicting Hrant Dink for the charges of denigrating Turkishness. The Turkish state’s defence in the 2010 hearing was rather scandalous, which associated Hrant Dink’s name with the neo-Nazi Michael Kühnen, claiming that both were examples of “incitement of hatred in society”.

The second phase of the Hrant Dink murder trials commenced in 2015 after the ECHR decision but gained pace only after the coup attempt on 15 July 2016. This time the Gülenist movement was implicated as the “deep organisation” behind the murder. Numerous military and police officers affiliated to the Gülen community have been charged for planning the murder.

According to the Dink family, in this instance the whole responsibility for the murder was attempted to be shifted exclusively onto the Gülenists, while the evidence suggests that both the previously implicated “deep state”, that is the militarist/Kemalist elements who were tried in the Ergenekon investigation, and the Gülenist officers who are currently charged, and others whose roles have systematically been ignored, were active in the assassination conspiracy. Their opinion is that the killing of Hrant Dink was the result of a broad consensus between otherwise warring factions of the Turkish state.

The Dink family and lawyers point out the revealed intelligence reports that Hrant Dink was being closely watched particularly since the launch of Agos in 1996, due to the authorities’ interest in “Armenian activities”. One of the suspects, former police chief Ali Fuat Yılmazer, said that they had been watching Dink since the 1970s. Dink’s side have also demanded an investigation into alleged links between the right-wing lynch campaign that intensified from 2004 onwards and the state institutions’ ongoing interest in Hrant Dink. An intelligence report dated to February 2006 states that “Hrant Dink will be killed at whatever cost”, while the obtaining of the murder weapon and the bullets also indicate the touch of official hands, which have not been investigated.

In summary, both phases of the Hrant Dink assassination case aim to prove certain pre-established hypotheses, each serving the changing aims of the government to purge one group or the other from the state ranks. The casualty of this instrumental approach to the judicial process is the truth.

For how long Hrant Dink was a target? Who made the decision to kill Dink? Who planned and carried out the assassination? None of these questions has been satisfactorily answered. Besides, the role of the lynch campaign in this murder as an organised racist hate crime is also excluded from the current judicial perspective.

Journalist assassinations, extrajudicial killings and unsolved murders are not foreign phenomena to Turkey’s political structure. What makes the Dink murder unique is the casual link between this murder and the fact that not only Hrant but also a denied history and identity became visible with Agos.

Dink became known as a journalist with the launch of Agos in 1996, of which he was the editor-in-chief until his death in 2007. Agos is Turkey’s first bilingual (Armenian and Turkish) weekly, which essentially aimed to open a channel for political and cultural communication between the Armenian community and Turkish citizenry. After the launch of Agos, public awareness in Turkey of Armenian issues began to increase along with the improvement in the participation levels of Armenians in political and cultural life.

From the outset, Agos and Hrant Dink were closely watched by Turkey’s national security apparatus and the judiciary. From 2002 onwards, Dink was repeatedly charged and convicted for “insulting Turkishness”. The trials went hand in hand with a progressively intensifying vilification campaign.

The popular hatred against Hrant Dink began in 2004, following the publication on Hürriyet’s front page of a claim that Atatürk’s adopted daughter Sabiha Gökçen was of Armenian origin, with reference to an editorial article by Dink which had previously appeared in Agos.

After this event, Hrant Dink’s name became an object of hatred in both mainstream and far right press and media, he was “criticised” by a statement of the Turkish General Staff, “warned” by the vice-governor of Istanbul, charged three times by the courts for “insulting Turkishness” and sentenced, “protested” and physically attacked by nationalist lynch mobs and received sustained death threats.

The lynch mob slogan “Love or Leave” was given substance on 19 Jan., 2007 with the gunning down of Dink in front of Agos’ office in Istanbul.

The late journalist Robert Fisk stated in the wake of the murder that Hrant Dink was “the 1,500,001st victim of the Armenian genocide”.

This is probably why a comprehensive investigation risks the revelation of the involvement of coercive, political and ideological components of the state apparatus in this murder.

But why Hrant Dink among all the anti-establishment journalists and all the prominent figures of Armenian community? What is the specific reason that made him the target of this fatal hate crime? A return to Fatih Akın’s metaphor of ‘the cut’ may help in pursuing answers to these questions. The cut in Nazaret’s throat, eternal silence, was the condition of his survival. Hrant must have somehow violated this tacit contract.

In Hrant’s person, Turkey’s denied identities began to show signs of breaking the century-old silence and questioning the conventional practices of denial and humiliation. Moreover, Hrant’s political personality also paved the way for these silent masses to think about their own cause together with the struggle for democracy in Turkey, and vice versa: for Turkey’s democrats, Agos was an important milestone on the road to realising that they will not get anywhere by leaving aside the cause of oppressed, denied and excluded identities.

The tacit contract was thus violated: the task of the executioner was to complete his unfinished business.