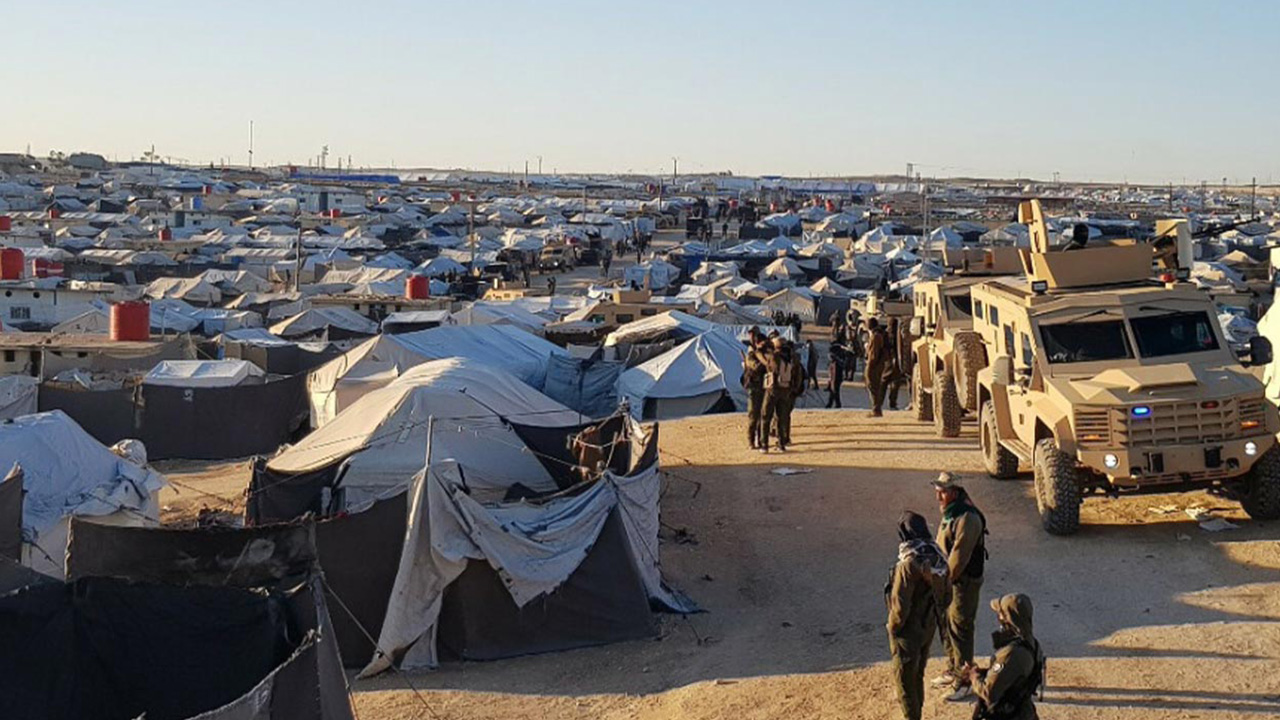 A major new report by the international NGO Doctors Without Borders (MSF) profiles the extremely difficult conditions faced by inhabitants. The title – ‘between two fires’ – illustrates the authors’ perspective on the predicament faced by over 50,000 Syrian, Iraqi and international residents. They describe residents as facing ISIS radicalisation and violence on the one hand, and a repressive security apparatus on the other, which has failed to prevent ISIS from maintaining a clandestine organisational presence in the camp resulting in regular outbreaks of violence.

That ISIS has been able to implement its ‘remain and expand’ ideology in the camp is unsurprising. In contradistinction to male fighters caught with a gun in their hand or readily identifiable as combatants on the battlefield, it has been hard for the authorities in NES to identify and jail more than a handful of leading women within the organisation. As a result, hardened ideologues are able to operate freely in the camp, propagandizing, intimidating or otherwise influencing their neighbours.

The situation in the camp is often misunderstood or misrepresented in the West. Foreign governments and journalists alike are, for the most part, solely concerned with their own nationals. It is true that the worst violence and most radical ISIS members are to be found in the ‘annex’ which houses ten thousand foreign national women and children. But sporadic, highly-publicized repatriations of individual Western ISIS women or children – normally no more than ten at a time, often less – will never put a real dent in the population of the camp. 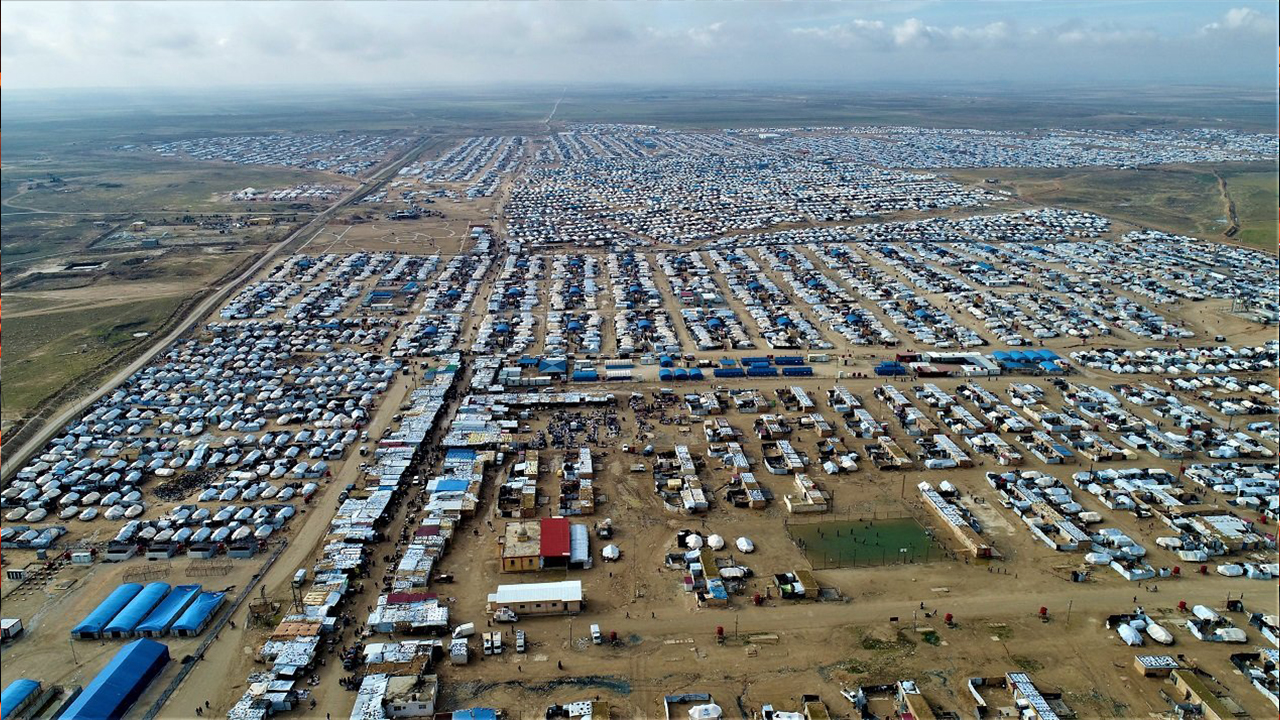 A new report by MSF highlights the colossal security and humanitarian challenges in the camp.

Moreover, the annex only houses a fraction of the camp’s residents. The bulk of the camp is home not to the likes of Shamima Begum (all the more so since most Western ISIS members are now transferred to a smaller, better-secured and equipped camp), but to over 40,000 displaced Iraqi and Syrian people. Some of these fled ISIS, some are sympathisers, some are active and committed cell members working to establish a mini-state. Contrary to Western perceptions, this means there are innocent refugees in the camp suffering violence at ISIS’ hands – some respondents to the report strongly reject ISIS and their ideology.

On the other hand, this also means there are adult men present in the camp, alongside many young boys rapidly coming of age (the camp is 64% children), presenting a further security risk. It is of course highly unlikely that any of ISIS’ active members or even sympathisers in the camp spoke with MSF, meaning that the report if anything underplays the threat of ISIS using the camp as a platform to reform itself and indeed launch attacks outside the camp (ISIS’ prison uprising earlier this year, which resulted in hundreds of deaths, was staged with support from Hol). 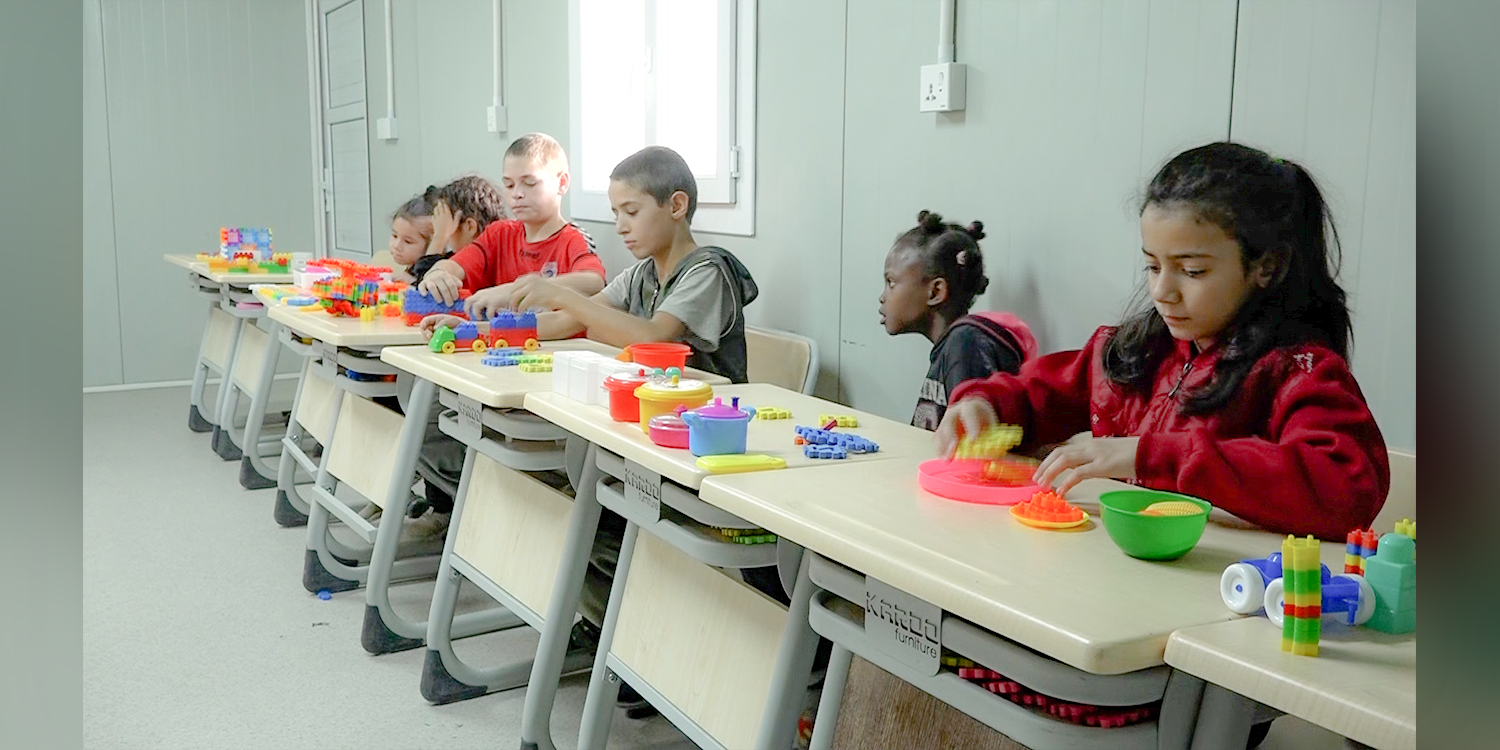 There are education and outreach programmes in the camp, but with only limited reach.

The MSF report is useful in outlining the humanitarian and security crisis in the camp. Poor health facilities, overcrowding, and a generally unsafe environment mean it is impossible for camp authorities to provide more than the most rudimentary deradicalization programmes, and the chaotic situation results in sometimes crude security responses to the ongoing violence. All of these must be ameliorated, but the Autonomous Administration of North and East Syria lacks the necessary resources.

The NGO does call on international actors such as the Global Coalition to Defeat ISIS and states with residents still in the camp to provide more resources, training and support to the authorities in North and East Syria. But the solution to the crisis in Hol cannot be solely technical. Along with more direct aid and support, political steps must be taken to improve the situation of the region as a whole.

For example, AANES’s IDP Affairs co-chair, Sheikhmous Ahmed, has said that humanitarian assistance to the camp from outside is unreliable, while ongoing border crossing closures imposed by surrounding states hinder relief supplies delivery. Political recognition of the region will enable more direct and legitimate bilateral engagement between NES and the outside world, rather than this aid being routed through a military body like the anti-ISIS Coalition or conducted semi-furtively by shadowy diplomatic staff.

For the fact is that were it properly resourced, recognised and supported, the AANES would be the ideal body to work on the massive task of dismantling ISIS from the ground up. Their devolved political approach which acknowledges distinct local cultures, focus on women-led political engagement and legitimacy as an alternative to the Assad regime means that they have at least the potential to offer an alternative to ISIS’ bleak vision. In reality, the crisis at Hol is a product not just of ‘two fires’ but of two state systems. In their unwillingness to brook any alternative to a rigidly-defined conception of how society should be organised, and their insistence on a solely militarized response to a much more complex issue, international states create the very conditions which allow the Islamic State to thrive.