Kurdish and German politicians who are known to be left-wing have been receiving threats from ultra-nationalist Turks, Yeni Özgür Politika reports. The German government, however, is downplaying the danger of the threats.

The allegations have been carried to the German federal government by the Left Party (Die Linke) while Kurdish politicians in the German parliament warned the government of the “fascist” nature of the threats.

In total 24 people, including MPs, have been receiving “death threats” from an Instagram account called “jitem.turkey_gorunmezler”, in reference to the JITEM (Gendarmerie Intelligence Organisation), the existence of which has been denied by the Turkish General Staff although widely accepted in Turkey as fact and held responsible for much of the “dirty war” policies of the 1990s targeting Kurds and leftist activists. “Gorunmezler” (“the invisibles”) also refers to the perpetrators, who introducted themselves as “the invisibles” when they kidnapped Gökhan Güneş, a socialist worker in Istanbul, in January 2021. 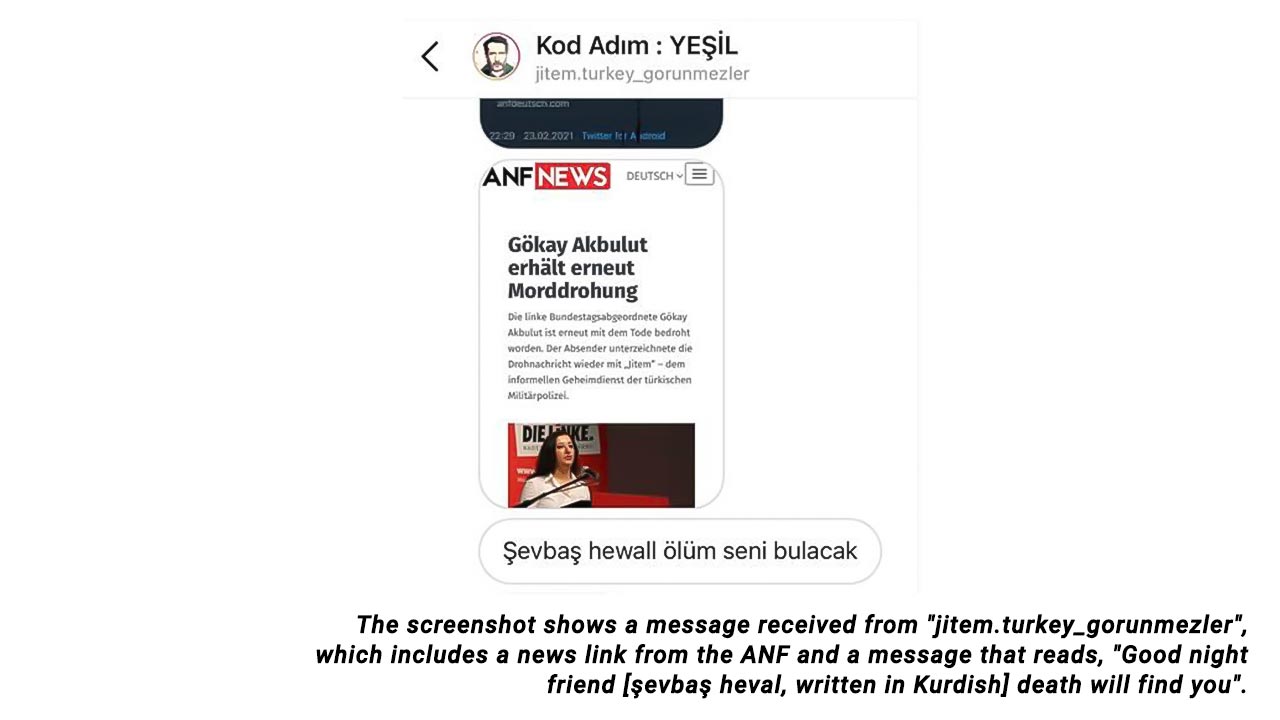 Even though Gökay Akbulut and Cansu Özdemir issued their complaints regarding the threats, the investigation has been closed.

What is the connection with Turkish intelligence?

Ulla Jelpke, the domestic affairs spokesperson for the Left Party, took the death threats to the federal parliament.

In her parliamentary question Jelpke asked if there was any “connection to the Turkish intelligence” in these messages. “Is the German government aware of the death threats targeting politicians, political scientists and activists who live in Germany and make a stand against the Turkish government?” Jelpke also asked.

She also demanded that the German government investigate how many people have received such threats and present clear information regarding the inquiry.

Around 8,000 people in Germany are recorded as working for Turkish intelligence, according to Özgür Politika.

In their response to Jelpke’s parliamentary question, federal internal affairs said that the government has “no information” regarding this issue, but they have observed that 24 people have received death threats between 1 June 2016 and 1 March 2021 by e-mail, telephone or social media. They added that these numbers are only limited to the cases reported to the police.

A wide variety of politicians from the Left Party and the HDP (Peoples’ Democratic Party in Turkey) as well as local politicians, journalists, writers and artists have been exposed to such threats, according to the ministry of internal affairs.

But the ministry said most of the people receiving threats were “Turks and Germans”, disregarding the fact that most of them were actually Kurds.

The perpetrators of the threats, who were investigated by the ministry, were mostly male Turkish-rooted migrants, though some of the identifying information could not be clarified.

It was stated that no one receiving threats was to be given “protection”, but they may “consult the local police if they join a public event and feel unsafe”.

The ministry said, “They do not face any material danger for their criticism of the Turkish government’s policies.” The threats aim only to “intimidate” them, according to the ministry.

Jelpke: Threats shall not be underestimated

Criticising the response of the German government, Jelpke said, “The death threats targeting those who criticise the Turkish government shall not be underestimated, because there are already many Turkish fascists in Germany who are inclined to violence.”

According to Jelpke, these threats aim to sent one message to those who criticise the AKP-MHP government: “We are following you”.

Akbulut: Turkish Federation in Germany should be banned 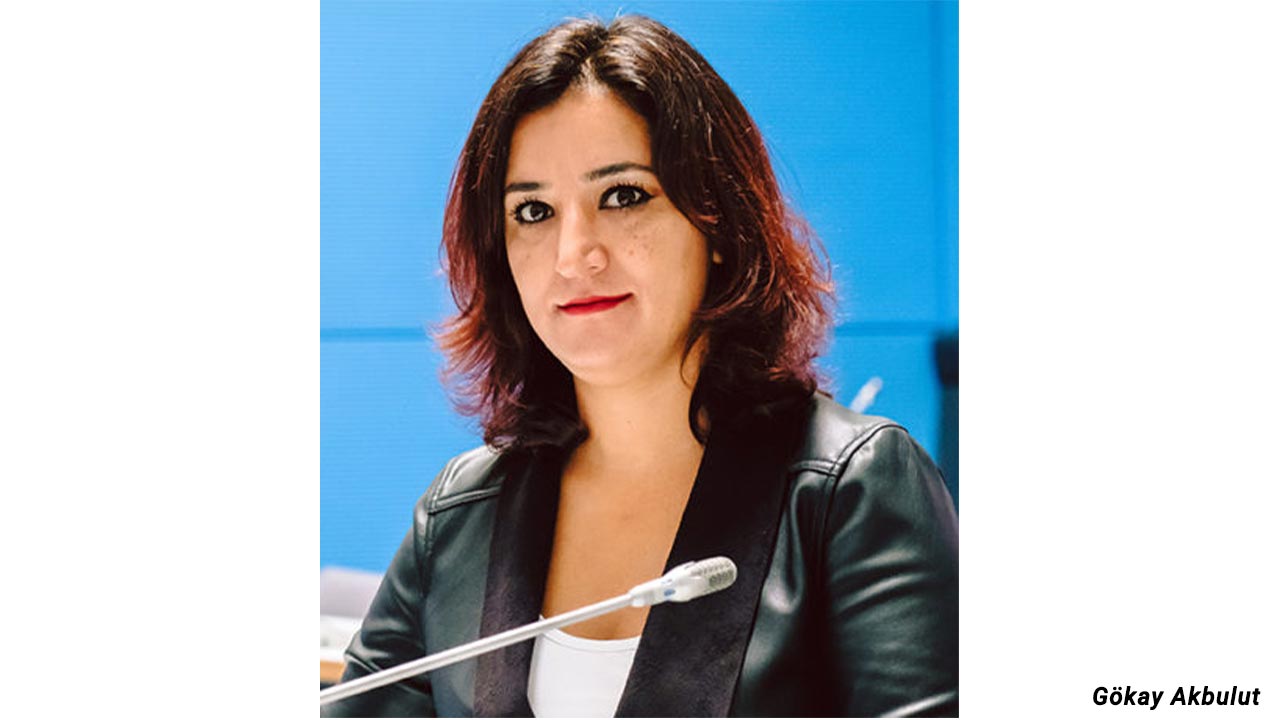 After İsmail Hakkı Pekin, a former top officer in Turkish intelligence, said that “assassinations should be organised” in Europe, Left Party MP Gökay Akbulut said, “France, Germany and Austria have to declare their red lines to the Turkish government”.

Akbulut continued: “The increasing activity of the Turkish Intelligence should be stopped. Germany should not be a partner in crime with Turkey.”

There is an umbrella organisation of the ultra-nationalist Turks in Germany, Akbulut further explained, “This is called the Turkish Federation. We want this federation, which has more than 170 local associations and 7,000 members, to be banned in Germany. This federation is known as one of the biggest far-right organisations in Germany and is infamous for its hate speech against Kurds, Armenians, Alevis, Greeks and Jews living in Germany,” the Left Party MP said. 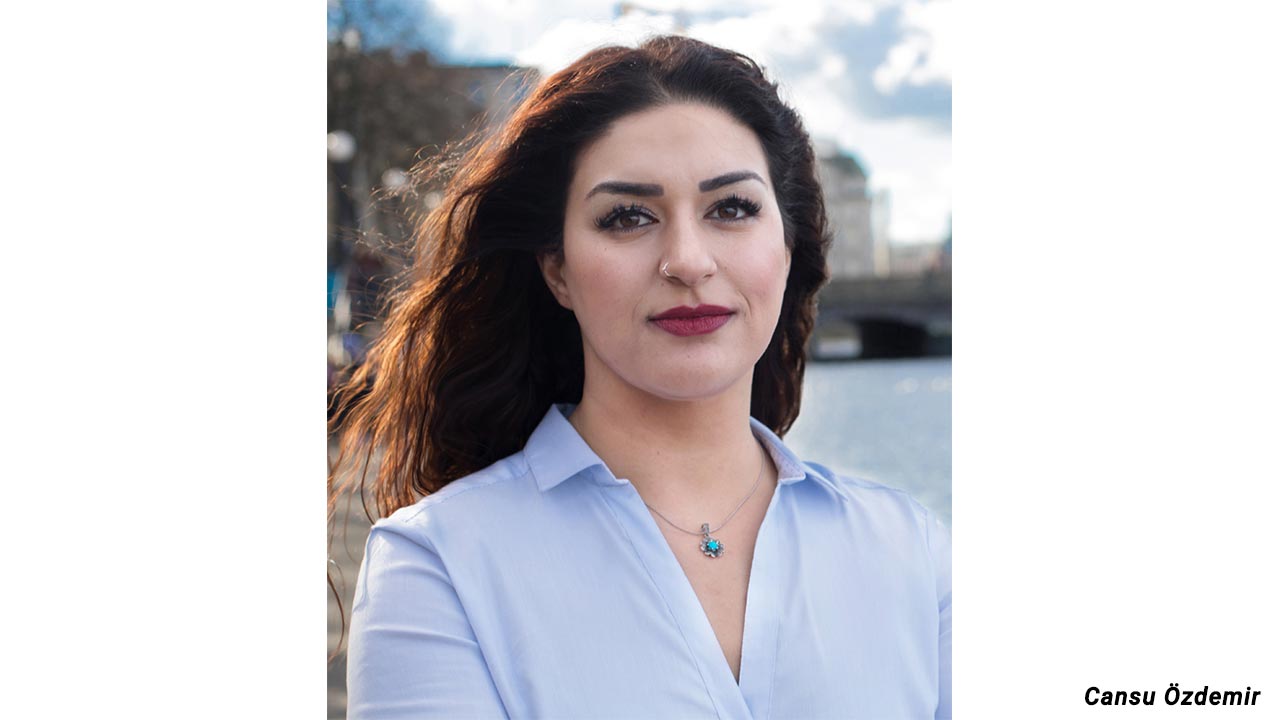 The Left Party MP Cansu Özdemir said that she has been receiving death threats over social media for a long time now. “I receive death threats every day. I reported them to the police, but they told me that they are not able to track the ID information of the senders and closed the investigation,” Özdemir said.

The messages are generally sent to politicians who are actively sharing their criticial opinions and they add news on guerrilla funerals to these messages, Özdemir observed. “This is not normal, it’s a systematic threat, which is conducted in an organised way. We know the name that they use is responsible of the forced disappearances of Kurds, but Germany seems to not understand these facts,” she said.

Koç: A second ‘Paris’ should not be allowed 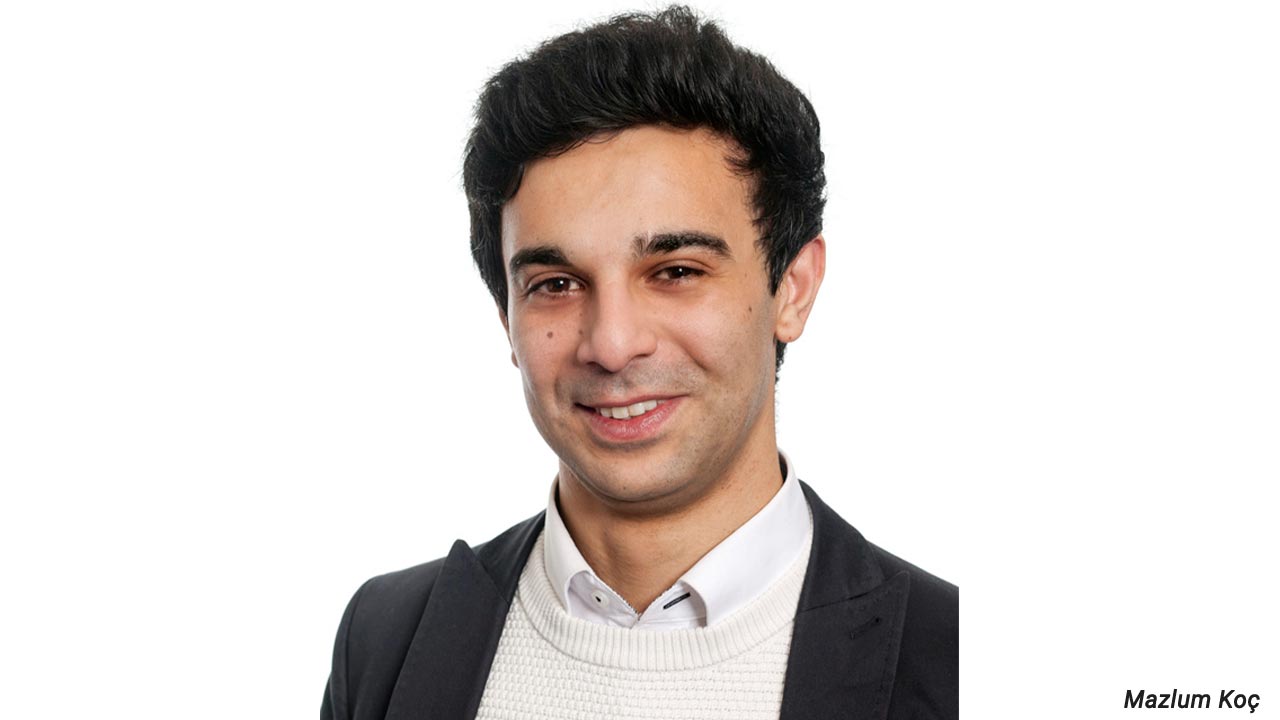 “The Turkish state has proven that they are open to murder. Kurdish politicians are always under threat in and outside of the country. The Paris massacre is a bitter exmaple of that,” Koç said.

Not only Kurds, but also the friends of Kurds and all opposition forces in Europe are at risk, according to Koç. “We have to stay together and act united rather than expecting the German state to protect us from NATO-member Turkey. We could have prevented massacres in Europe on many occasions, if we acted accordingly and saved many of our friends. We have to remember that and we should not allow a second Paris massacre.”