The Kurdish diaspora in Germany created two petitions as part of campaigns to raise awareness of femicide in Turkey and to garner support for the freedom of Abdullah Öcalan.

The Kurdistan Communities Confederation in Germany, known as KON-MED, has been mobilising efforts for the campaigns to stop femicide in Turkey and to demand freedom for the jailed Kurdistan Workers’ Party (PKK) leader Abdullah Öcalan.

One of the ongoing campaigns, “100 Reasons for Judging the Dictator”, was initiated by the European Kurdish Women’s Movement (TJK-E). The second campaign, “A letter to the United Nations (UN) for Abdullah Öcalan’s freedom”, was created by the European Democratic Kurdish Society Congress (KCDK-E).

The Kurdistan Communities Confederation in Germany, known as KON-MED, has been mobilising efforts for both campaigns.

KON-MED co-chair Yıldız Filimci, the active director of the campaign activities in Cologne, talked to Yeni Özgür Politika about the success of the campaigns.

Yıldız stated said the “100 Reasons for Judging the Dictator” campaign, which ended on 8 March, managed to collect 235,727 signatures.

“We will send the signatures to the Hague Court of Justice. But collecting signatures was not the only point of the campaign. We have met with tens of thousands of people in cities across Europe and had a chance to explain to them what has been going on in Kurdistan,” Yıldız said. 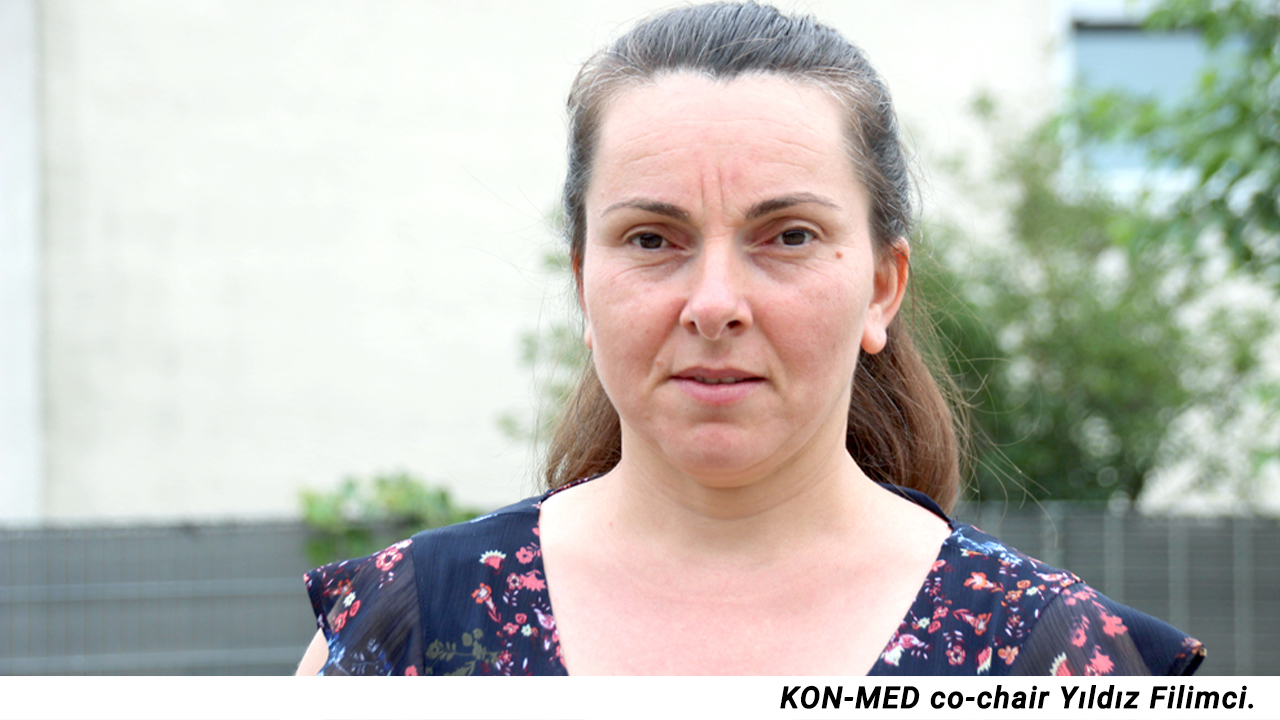 She added: “Erdogan’s repressive attitude is well known. He is responsible for femicides and for the arrest of opposition politicians. For this reason, this campaign created a common spirit in everyone.

”We have meet with people whose villages were bombed in Rojava, and who survived the attack in Sinjar. They left everything there and came to Europe. Through our campaign we managed to reach many Kurdish migrants. When we were collecting signatures in the public squares, as Kurdish institutions or as the Kurdish Women’s Movement, by saying ”Ji bo Serok em îmze kom dikin” [“We collect signatures for the leader”] they felt that they were not alone.” 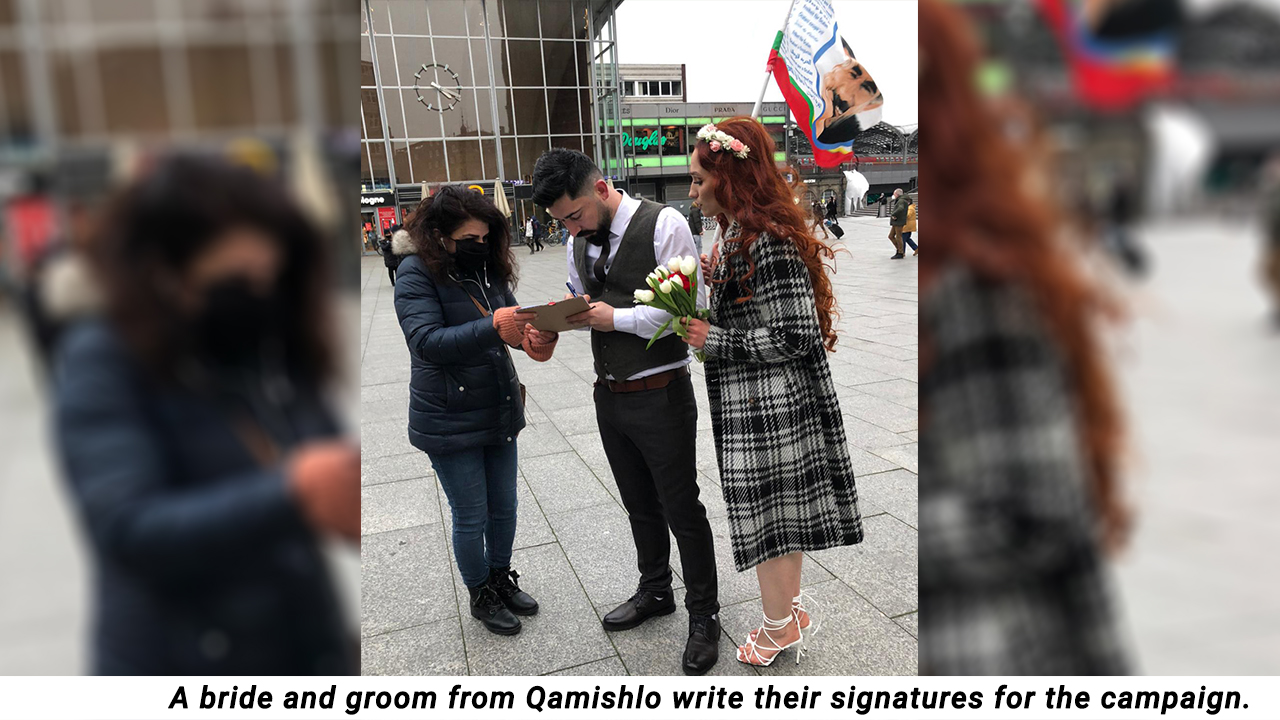 Yıldız noted that they tried hard to spread the campaigns under pandemic conditions. ”In January, a petition was launched for Leader Öcalan. We sent the signatures to the UN Secretary General collectively every week.”

Many Kurdish institutions in Cologne participated in the campaigns. One of them was the Viyan Women’s Council, which opened a stand in front of the Cologne train station every Wednesday for the TJK-E’s “100 Reasons” campaign.

Yıldız said they faced different reactions while collecting signatures. ”We were sometimes surprised when talking to people. Some of them know and sympathize with Kurds and Öcalan, and the others call them ‘terrorists’. Some people were quite eager to discuss,” she said. 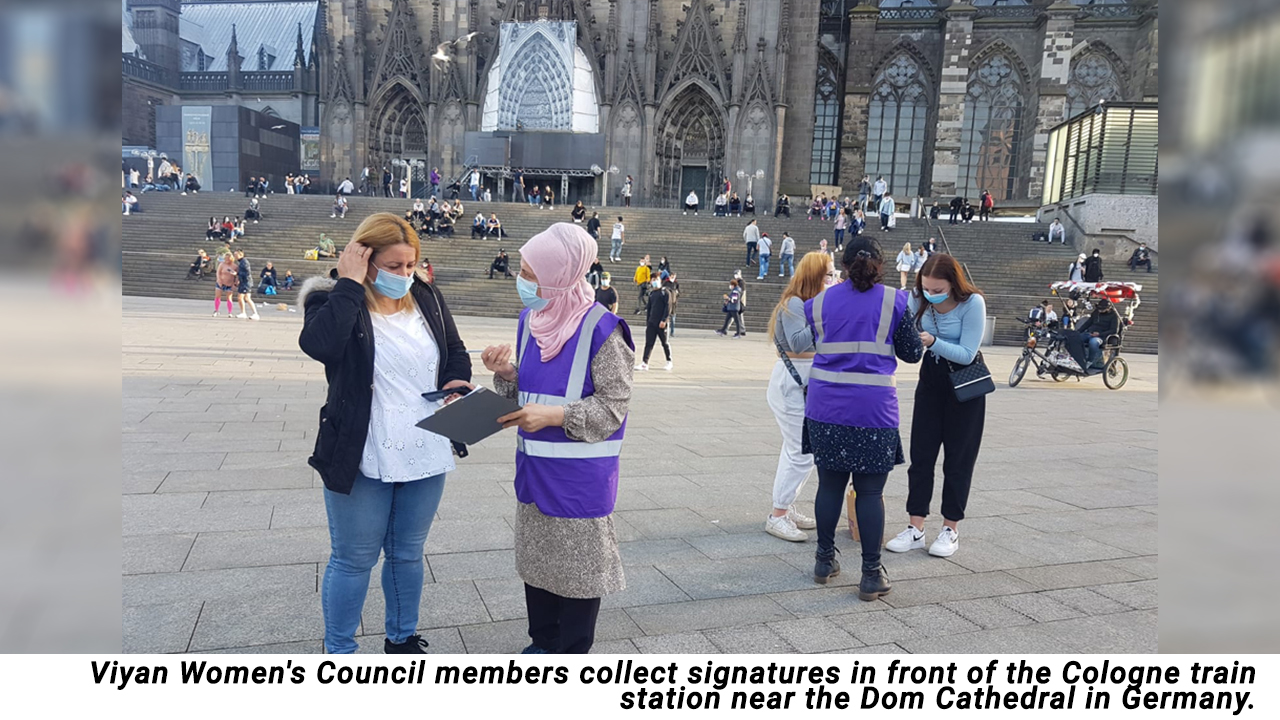 Yıldız also explained a dialogue with a group of Africans, referring to their contacts with the African migrants throughtout the campaign.

”I told them that we are Kurds, that Öcalan is also the leader of the Kurdish people, and that he has been in prison for 22 years and that is why Öcalan is our Nelson Mandela. They were suddenly touched. In this way, we had conversations with many Africans and had their support,” she said.

The campaigns in Cologne led to open and public discussions where people with different opinions were able to break taboos.

“A Turkish nationalist Laz boy came and told us, ‘Öcalan is a terrorist, why are you collecting signatures for him?’ As a result of our discussion, he admitted that the Laz people were also denied the same rights as Kurdish people,” she said.