Four of the students detained for attending protests against the appointment of Melih Bulu as rector of Boğaziçi University have been arrested and one has been put under house arrest.

The five students were detained on 4 February for their role in the protests against the Erdoğan-appointed rector. Another was detained the day after.

On 6 February, after two days of detention, five students were taken to İstanbul Courthouse to testify. Following their testimonies in the prosecution office, they were sent to the Criminal Court of Peace. The court ruled that Recep Acar be put under house arrest.

Yunus Emre Karaca has also been put under house arrest, while Ömer Şengel, Necmettin Erdem, Akın Karakuş, Murat Can Demir have been arrested. 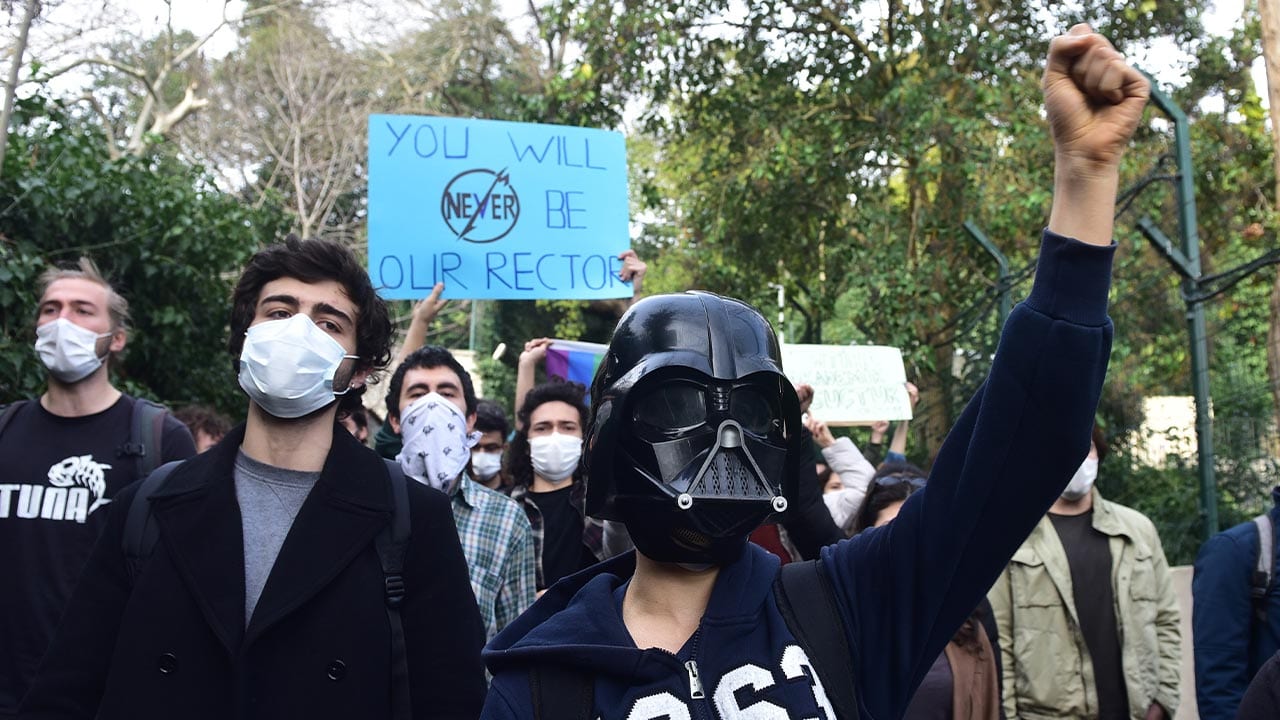 Students and academics from the university reacted against the decision and called Melih Bulu a “trustee”.