Eren Keskin: ‘At the outset, they assault your female identity’

Eren Keskin is a lawyer and co-chair of the Human Rights Association (İHD) in Turkey. She has been involved in the human rights struggle for decades in Turkey, and she faces several lawsuits due to her activism, including a sentence of 26 years in prison due to the Özgür Gündem newspaper case and trial. Keskin spoke to Jin News about her struggles, her life and the way women in the struggle are targeted.

Keskin spoke about her childhood: “I am the child of a Kurdish father from Sivas and a Cherkes mother. However, I was born in Bursa. My father was a civil servant. I was born in Bursa as my father was working in Bursa at the time. I come from a well-educated family. I grew up in a ‘leftist’ family. Though they were well-educated and ‘leftist’, both of them were not quite aware of their identities. When I was thirteen-years-old, my father’s aunts son informed me for the first time that we were Kurds. I had no idea what it even meant. I wondered: what did it mean to be a ‘Kurd?’

“When I thought it was a good thing, I became a revolutionary at sixteen and began to attend actions. Then I heard slogans such as ‘Freedom for the Kurds’. I became so happy that that we were Kurdish and thought it was a good thing. After that, I began to talk and discuss these topics after high school. In fact, the thing that raised awareness amongst my family members on this issue was the situation I was living through. I had a well-educated family. My grand-mother was one of the first women who studied during that period: she was a chemistry engineer. My grandfather was an architect. They were also left-oriented. They were progressive people for that period. I had never been subjected to domestic oppression. I became a girl who was able to grow up freely”. 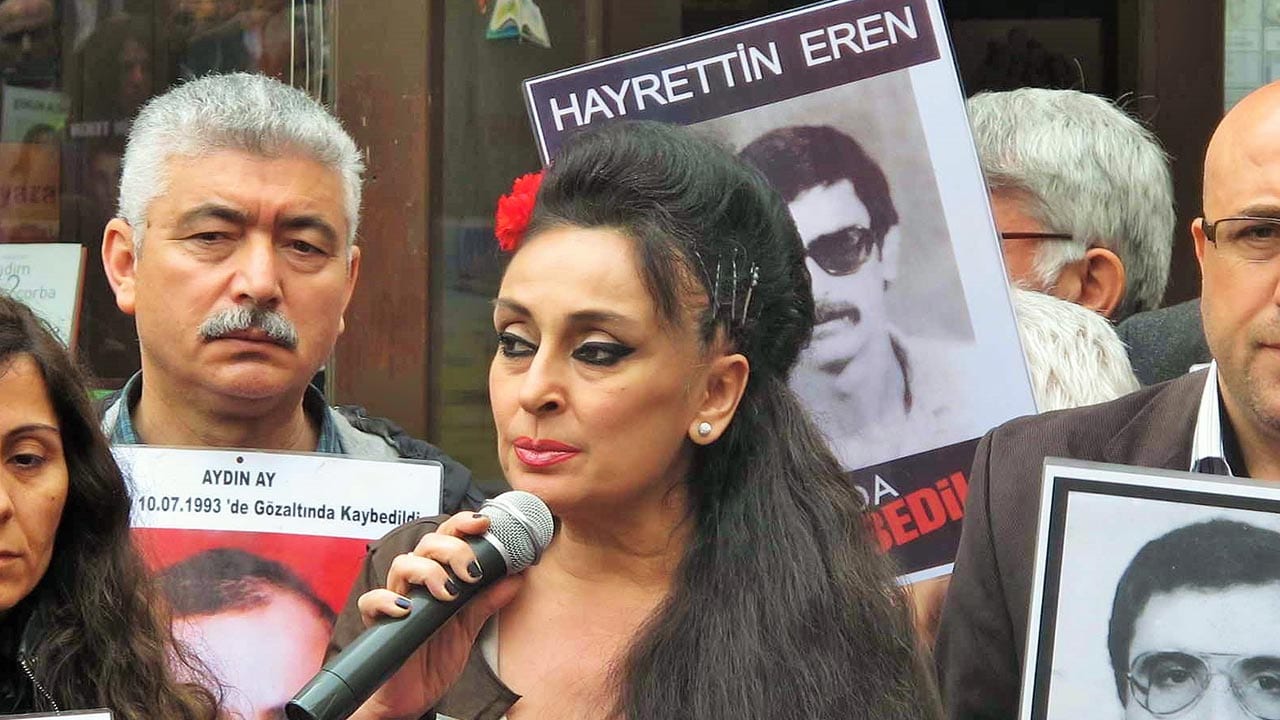 Keskin has had a desire to become a defender of justice since her childhood: “I made up my mind to become a lawyer when the execution of Deniz Gezmiş and his friends took place. Of course, we were young in that period”.

‘We have lived in a totalitarian state’

Regarding her childhood dream, Keskin said: “I imagined and dreamed that a world was possible where people could live in equality and become free. But, maybe due to my family background as well, I also witnessed in time that people who claimed to be left-oriented were, in fact, still conditioned and influenced by the official ideology of the state. I had times when I was desperately dissappointed at things. I observed that the Armenian Massacre had still not been even placed on the agenda of Turkey’s left-wing movements. That was a quite painful fact. I think the Dersim Massacre had still not been placed on the agenda. The Kurdish issue hadn’t, and the Kurdistan issue had yet to be placed on the agenda as required. For that reason, those dreams were crushed. We live in a territory such as this. We have lived in a totalitarian state and this totalitarian state has intensely conditioned people to its official ideology. For that reason, our dreams have mostly failed to materialise. This fact applies not just for me: I am sure it applies to everyone. However, we keep fighting on despite these disappointments”.

As a human rights activist, Keskin spoke about the first time she was subjected to state violence. She said: “My first personal experience of violence was during the 1990’s. That was due to the police. I had gone to meet my client who had been under custody”. Police members hit Keskin’s head against the wall.

Regarding her human rights struggle as a woman, Keskin said: “Especially, it is hard to participate as a woman in this struggle. Because, at the outset, they assault your female identity. For instance, we witnessed it intensely when Abdullah Öcalan was brought to Turkey. I was one of the twelve lawyers who defended Öcalan. And when we were first confronted, all assaults were targeted at my female identity”.