President Recep Tayyip Erdoğan has withdrawn Turkey from the Istanbul Convention, a Council of Europe accord which aims to prevent violence against women.

Turkey was the first country to ratify the treaty in 2011, when Erdoğan’s Justice and Development Party (AKP) was in government. The convention, which was designed to prevent violence against women, provide victim protection, and end the impunity of perpetrators, is considered to be the first legally binding set of guidelines with this purpose.

The withdrawal debate started last year, leading to protests from women pleading for the full application of the convention. By international standards, Turkey has high rates of femicide and domestic violence.

The decision was announced on Twitter by the Presidential Communications Director, Fahrettin Altun.

Altun wrote: “From yesterday to today, we, under the leadership of President Recep Tayyip Erdoğan, are determined to keep on struggling so that women participate more in social, economic, political and cultural life. Women are the subject of life, not its object! We will always say, ‘Strong Woman, Strong Turkey'”. 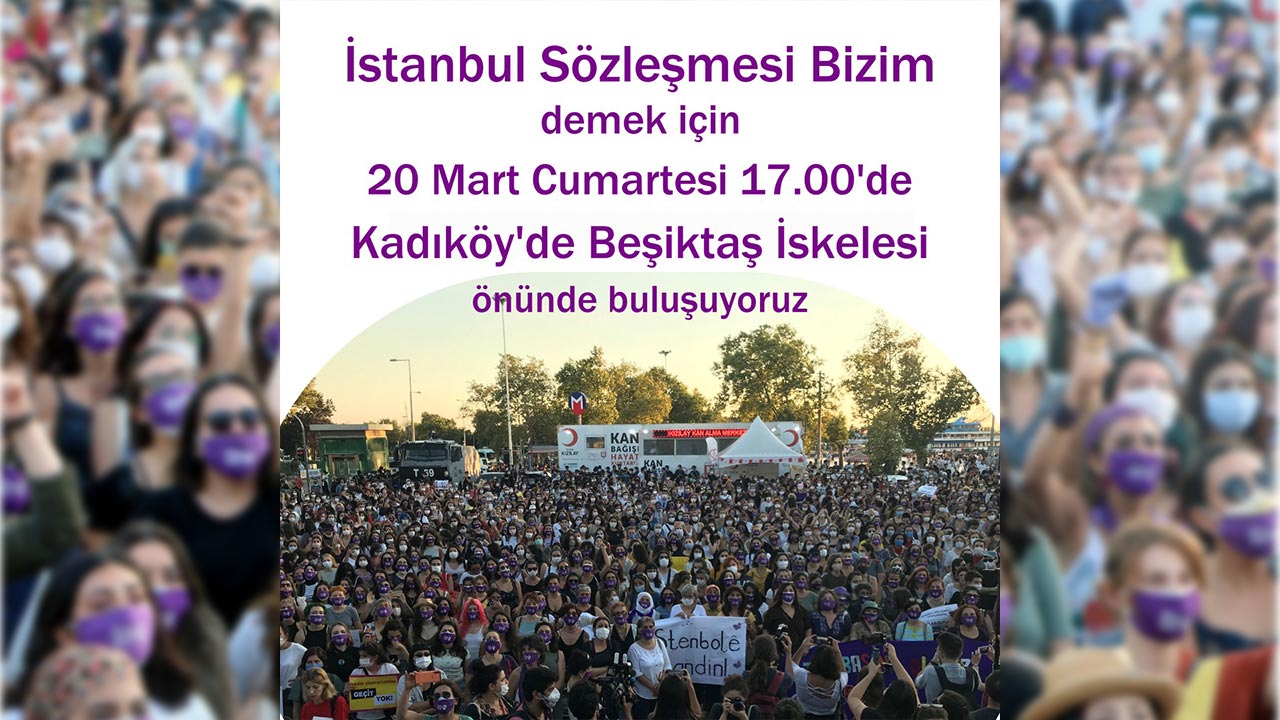 The purpose, definition, and general obligations of the Istanbul Convention are outlined in its first chapter, which runs as follows:

Article 1 – Purposes of the Convention

The purposes of this Convention are to:

a) protect women against all forms of violence, and prevent, prosecute and eliminate violence against women and domestic violence;

b) contribute to the elimination of all forms of discrimination against women and promote substantive equality between women and men, including by empowering women;

c) design a comprehensive framework, policies, and measures for the protection of and assistance to all victims of violence against women and domestic violence;

e) provide support and assistance to organizations and law enforcement agencies to effectively co-operate to adopt an integrated approach to eliminating violence against women and domestic violence.

To ensure effective implementation of its provisions by the Parties, this Convention establishes a specific monitoring mechanism.

Article 2 – Scope of the Convention

This Convention shall apply to all forms of violence against women, including domestic violence, which affects women disproportionately.

This Convention shall apply in times of peace and situations of armed conflict.

a) “violence against women” is understood as a violation of human rights and a form of discrimination against women and shall mean all acts of gender-based violence that result in, or are likely to result in, physical, sexual, psychological, or economic harm or suffering to women, including threats of such acts, coercion or arbitrary deprivation of liberty, whether occurring in public or private life;

b) “domestic violence” shall mean all acts of physical, sexual, psychological, or economic violence that occur within the family or domestic unit or between former or current spouses or partners, whether or not the perpetrator shares or has shared the same residence with the victim;

c) “gender” shall mean the socially constructed roles, behaviors, activities and attributes that a given society considers appropriate for women and men;

d) “gender-based violence against women” shall mean violence that is directed against a woman because she is a woman or that affects women disproportionately;

e) “victim” shall mean any natural person who is subject to the conduct specified in points a and b;

Parties shall take the necessary legislative and other measures to promote and protect the right for everyone, particularly women, to live free from violence in both the public and the private sphere.

Parties condemn all forms of discrimination against women and take, without delay, the necessary legislative and other measures to prevent it, in particular by:

–embodying in their national constitutions or other appropriate legislation the principle of equality between women and men and ensuring the practical realization of this principle;

–prohibiting discrimination against women, including through the use of sanctions, where appropriate;

–abolishing laws and practices which discriminate against women.

The implementation of the provisions of this Convention by the Parties, in particular measures to protect the rights of victims, shall be secured without discrimination on any ground such as sex, gender, race, color, language, religion, political or another opinion, national or social origin, association with a national minority, property, birth, sexual orientation, gender identity, age, state of health, disability, marital status, migrant or refugee status, or another status.

Special measures that are necessary to prevent and protect women from gender-based violence shall not be considered discrimination under the terms of this Convention.

Article 5 – State obligations and due diligence

Parties shall refrain from engaging in any act of violence against women and ensure that State authorities, officials, agents, institutions, and other actors acting on behalf of the State act in conformity with this obligation.

Parties shall take the necessary legislative and other measures to exercise due diligence to prevent, investigate, punish and provide reparation for acts of violence covered by the scope of this Convention that is perpetrated by non-State actors.

Parties shall undertake to include a gender perspective in the implementation and evaluation of the impact of the provisions of this Convention and to promote and effectively implement policies of equality between women and men and the empowerment of women.