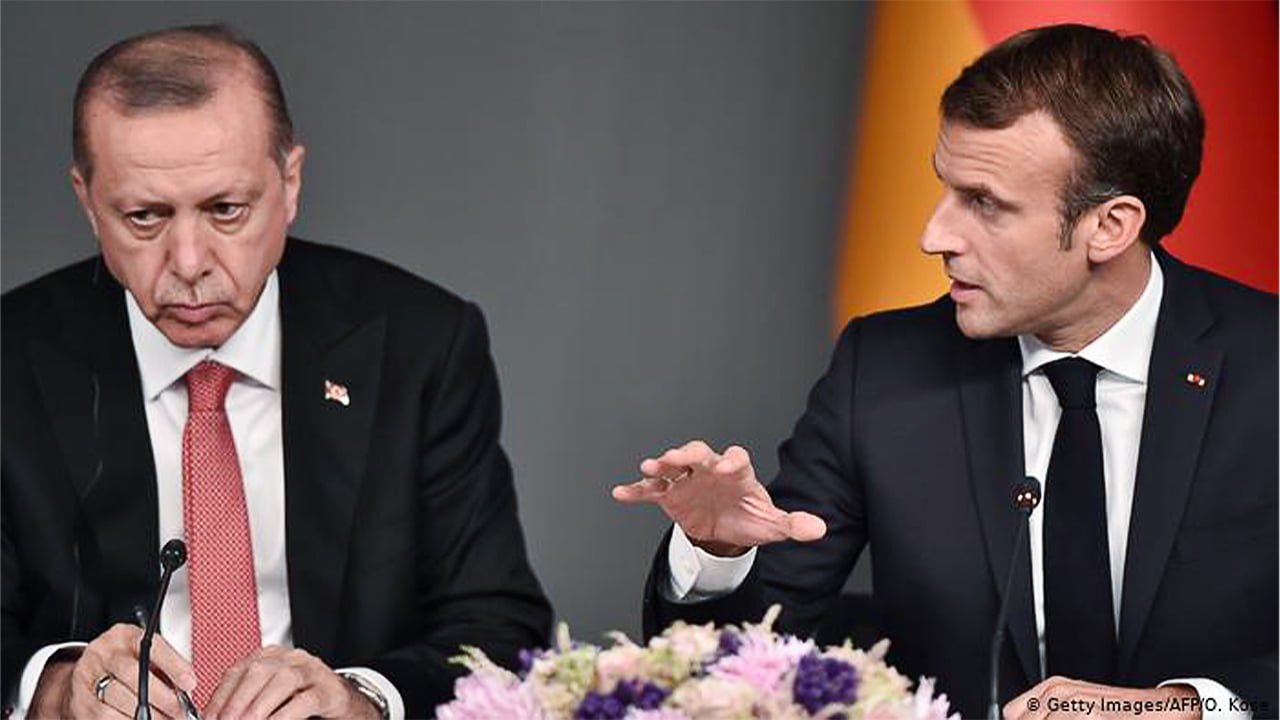 It isn’t exactly clear how the Macron administration in France will oppose the current policies of the Justice and Development Party and the Nationalist Movement Party (AKP-MHP) coalition government in Turkey.

However, it is evident that the AKP-MHP’s involvement in Kurdistan and the Middle East are important issues that the current French administration are closely following with interest.

Following the French President Macron’s attempt to take an active position in Libya and the Eastern Mediterranean, his visits to Lebanon and Iraq were regarded by many observers to be an attempt by France to ‘search’ for a new exit strategy.

Although these visits had different agendas, the main issue was to provide a warning to the AKP-MHP government that it was capable of continuing its conflict with Turkey right through to regions of the Middle East, not just Libya and the Eastern Mediterranean. Thus, he was trying to put pressure on Turkey through Iraq.

However, Macron should know that if France wishes to find a new ‘exit strategy’ in this manner, and become more active and effective in the Middle East and fight against the expansionist policies of Erdoğan-Bahçeli, then it has to start by repealing the 1920 Ankara Agreement.

However, it needs to be recognised that there is an entity called the Kurdistan Democratic Party (KDP) which promotes itself as representing the “Kurdish will”. However, in actuality, it is in alliance with the AKP-MHP government. This ‘force’ did not enter into any serious conflict against ISIS in Shengal, Makhmur and Kirkuk. On the contrary, it fled from ISIS. It has also acted as a guide to Turkey’s invasion of Southern Kurdistan. Therefore, it will be unwise to forge a relationship with the KDP if it wishes to establish alliances and ‘relationships’ with parties that are opposed to the AKP-MHP government.

So, what should be its ‘correct’ political attitude? France, if seeking to forge a relationship with the ‘will’ of Kurds, should approach those Kurds who act with free will and resist for freedom. It should establish relations with the Kurds who resisted and defeated ISIS. For this, France must start by reopening the investigation of the 9 January 2013 Paris Case [Note: According to the investigative journalist Frederike Geerdink, “on 9 January 2013, three Kurdish women were killed in Paris, among them Sakine Cansiz, one of the founders of the Kurdish armed group, the PKK”. Lawyer Antoine Comte points out that the French justice system “explicitly” pointed to the involvement of MIT, Turkey’s intelligence agency. “‘It’s quite something, of course, that the secret service of a … state comes to Paris to carry out a triple murder’ … ‘The scandal’, he says, ‘… is that the French government has not even once said anything about this. The families of the three women were not invited for a condolence visit, their pain wasn’t recognised, the French government didn’t pressure Turkey in any way to hand over evidence’ … He defines this ‘cowardice’ attitude of France, as he calls it, and the historical trend of it, as the reason why the MIT has been so careless and why the evidence is so overwhelming, without any MIT official being prosecuted. ‘This is of course exactly the question that needs to be asked! … They knew they’d get away with it!’” – Byline, 13 October 2016].

Otherwise, it will not be possible for France – with the reality of the Paris Case hanging around it like a millstone around its neck, which is a crime against humanity – to oppose the AKP-MHP administration in a decisive manner. France’s attitude towards opposition to Turkish expansionism in the Middle East will not be successful if it strikes an alliance with the KDP.

It is obvious that attacks have been carried out against the Kurdish freedom movement, the PKK. It is also clear that the last US, Iraq, Turkey and KDP negotiations proceeded on this basis. However, it is seen that each power has different political needs, therefore they have difficulty in arriving at agreements.

Iran is trying to organize its “Shiite Crescent”. However, the US wants to ‘break’ it by creating a Sunni ‘corridor’. The current Iraqi administration dreams of going back to the past and establishing the old Iraqi system. The KDP plans to take a ‘part’ of Rojava Kurdistan under its own rule over Shengal. However, Turkey aims to cut off all kinds of connections and relations between Rojava, Bakur and Bashur (regions of Kurdistan) by creating a structure similar to that advanced earlier by US policies.

If the French do not act against these dangerous plans, the near future will show how well Macron is aware of these facts and how they will act.