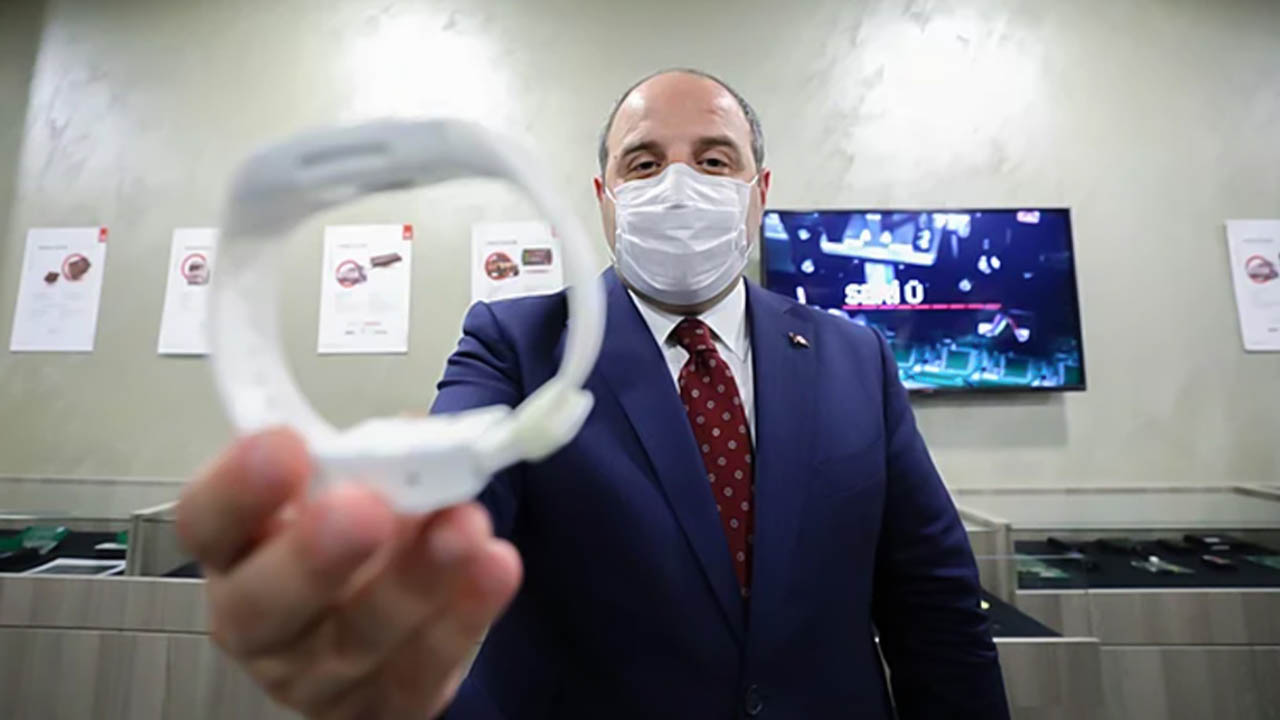 Political dissidents will be increasingly imprisoned in their homes using electronic shackles. Turkey is set to begin ‘local’ production of electronic shackles, which are described as one of the new ‘instruments’ of use in the modern penal system. Legalists have noted that this will be a further blow against freedom of expression in society, which is already under severe attack. They point out that this application is targeting political dissidents.

Turkey’s Industry and Technology Minister Mustafa Varank recently announced that electronic shackles will be produced in Turkey from now on, stating that they are already being “used by many countries as part of the modern penal system”. These shackles had previously been mass-imported from Israel.

Minister Varank further explained that the production of these electronic shackles will be “nationalised” within the framework of “Industry Collaboration Projects” and will be delivered to the Ministry of Justice from September 2020 onwards. According to the schedule, imported shackles will no longer be needed by January 2021, as Turkey will have taken over full production of these items.

Demand for the electronic shackles has increased since the penal reform law was passed on 15 April 2020. Since then, plans to shackle people in their homes have been expanded to consider thousands of political prisoners, among them journalists, politicians, and human rights defenders.

Gülizar Tuncer, a human rights lawyer, emphasises the fact that these types of ongoing ‘developments’ within the existing judicial system are carefully planned and programmed:

“This (move) should be evaluated as part of a long-term programme, along with regime change. In other words, there is an understanding of governance based on a desire of reasserting a fascist sharia order in which fascism is institutionalised and sharia law is embedded beyond the freak governance, called ‘one-man-dictatorship’ or ‘Presidential Government System’, where all power is monopolized”.

Lawyer Tuncer who emphasises the embeddedness of electronic shackles to these plans in the long run, also says: “They will put this into action as an instrument of their politics of violence in the empire of fear that they created”.

Gülseren Yoleri, lawyer and İstanbul representative of the Human Rights Association (İnsan Hakları Derneği – İHD), reminds us of the ruling party’s announcement that it intends to build 227 new prisons with a capacity of 137 thousand inmates until 2023. He adds:

“This also shows us that both the oppressive climate and the practice of pre-trial detention will continue. On the other hand, since the inmate overpopulation problem could not be solved through building new prisons and reducing punishments, there has been a move to consider alternative practices, and detention has become a necessity of the current system”.

Lawyer Yoleri also adds: “Within this framework, we can see an increased move by the courts to consider house jailing and confinement and electronic monitoring”. 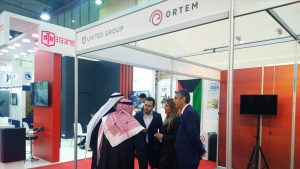 Based upon Minister Varank’s announcement, the STM-Ortem-Mahrek consortium has won the tender for a “nationalized” electronic shackle.

As revealed by Alp Altınörs from Artı Gerçek: “Ortem, a piece of the militarized industry hybrid built around AKP, takes part in the Istanbul Defence and Aerospace Cluster Association (SAHA) and is also the supplier of the Altay main battle tank project”.

Lawyer Tuncer argues that the production of these electronic shackles by these companies represents an extension of the ‘local and national’ mind-set which responds to the decisions of “judicial bodies which have become the ruling power’s instruments of violence”.
Given the manner in which Turkey’s Ministry of Justice functions, Gülizar Tuncer points to the real possibility that there will be an increase in house jailing and confinement and this practice will be normalised.
“This will serve to make selected local companies more profitable whilst society will be repressed more and more”, she adds.

‘A reflection of the empire of fear’

The electronic monitoring system in Turkey began functioning in 2013, targeting those who had been sentenced, who were suspects or defendants, or who were on probation.
Currently, the electronic monitoring/tagging systems are used to ensure house containment, prohibit travel of targeted people to specific places and/or prevent them from leaving specific places. They are also used to monitor alcohol-use and are used in victim protection programmes.

Transformative social justice approaches against similar applications around the world consider this practice to be problematic, as these new ‘instruments’ of the modern judicial system impinge upon the lives of many, whilst increasing surveillance of targeted people.

Accordingly, the dominating system that functions is based on disciplining and punishing. It bio-politically utilises these ‘instruments’ to enforce house jailing and electronic shackling of people and thus extends its impact field though societal surveillance.

Lawyer Gülizar Tuncer concludes that: “This is the reflection of the empire of fear in which control and discipline will be set to increasingly operate”. She further states: “Until now, they were trying to intimidate and shut people down through conditional probation, postponement of sentencing or the delay of the provision … This had been developed as a method of intimidation, of punishment, by threatening the targeted person to ‘hush, don’t speak out’. Now, they will instead impose full imprisonment at home”.

According to Minister Varank, the electronic monitoring system will specifically act as a deterrent in terms of helping to prevent violence against women. However, official data to support this claim does not exist. Indeed, data from United States seems to indicate the opposite. 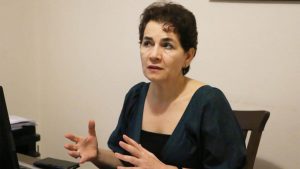 Lawyer Tuncer notes that similar discussions around use of the death penalty are aimed at concealing the true intentions and agendas of those in power: “This is said to conceal their real aims and to reverse the truth, as they always do. There is no other explanation”. She continues:

“There is a terrifying increase in feminicide and sexual assaults against women and children since 2002. These are all the outcomes of the AKP’s perspectives towards women. Therefore, in a context where they argue for the (removal of the) Istanbul Convention, their stance is shameful”.

“Here too, the target will not be those who commit violence against women but it will be those who fight for their rights and freedom”, she said. She ended her words with this warning:

“When this practice is extended, everyone who shows a reaction against the current political rule will be imprisoned in their homes. The way they have normalised every kind of injustice and inequality will be the way they will normalise this practice as well, in case we raise our voice against it … If they extend this, the burdens will be heavy”.

Lawyer Yoleri also argues that Minister Varank’s explanation is not credible:
“In these days, we see that violence against women hits desperate levels. On top of it, the ruling power opens up a debate to withdraw from the Istanbul Convention, which is a crucial instrument in fighting against violence towards women. Their word on the specific use of electronic shackles to persons who commit violence against women is not credible, not at all. Because we have seen how this kind of sanctioning against perpetrators does not and cannot prevent femicide, as reflected in many media news findings”.

“Use of electronic shackles will instead be a reward for the perpetrators who commit violence against women”, she adds. 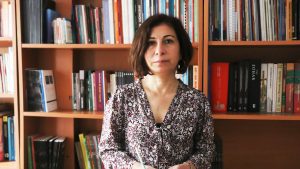 Gülseren Yoleri warns that this practice can be heavily used against political dissidents. She further explains that the principle of pre-trial freedom (non-detention) is important. However, there are two concerns arising from the use of electronic shackles:
• First, this can be used to protect those who commit crimes against humanity, the perpetrators of massacre and feminicide.
• Second, this practice – similar to the ways in which judicial control decision is applied – will bring serious rights violations when applied.
Lawyer Yoleri further argues that: “They may think that, in this way, they will both address the problem of overpopulation in the prisons and prevent political dissidents’ actions by imprisoning them in their homes”. However, she adds that:
“There is a high possibility that this will be used as an upper step for the practice of judicial control which includes the prohibition of foreign travel and the obligation for routine signature checks. As long as this practice diverges from legal principles, it will bring severe outcomes such as the violation of freedom of travel and of expression, besides the violation of an individual’s personal freedom and right to security”.

Hiroshima 75 years on – a wake-up call for humanity

Hiroshima 75 years on – a wake-up call for humanity