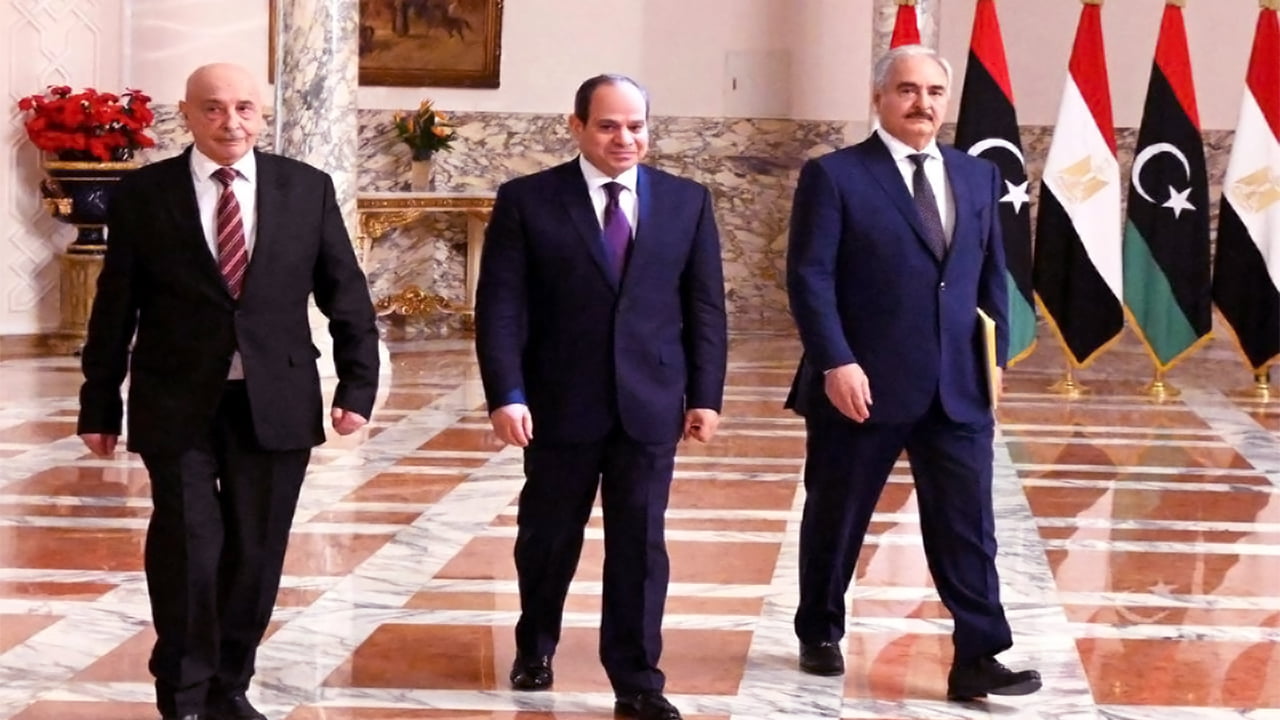 Both officials met Egyptian President Abdel Fattah al-Sisi to discuss a wide range of issues, including the latest resumption of Libya’s oil exports, ongoing talks with the western Libya government and the formation of a new government in Libya.

Cairo is also working to put the lid on differences between the LNA and the eastern Libya parliament, ones that were manifest in the past few months.

The visit to Cairo by the eastern Libya army commander and parliament speaker came a short time after the defense minister of the Tripoli-based Government of National Accord (GNA), which rules most of western Libya, Salah al-Namroush, said steps had already been taken to form a professional army with assistance from Turkey.

“This comes in the light of continued cooperation with Istanbul”, Namroush said.

He revealed that the first training camp for the proposed army had already been constructed in Tripoli.

In Cairo, political analysts pointed to the importance of Haftar’s and Saleh’s visit to the Egyptian capital and their talks with Sisi.

He noted that Turkey tries to strengthen its position of being the main party to the conflict in Libya by helping the GNA build a professional army.

Turkey, he said, wants to secure a place for itself in post-conflict Libya, especially when it comes to the reconstruction of the country.

Haftar’s latest decision to resume oil exports from Libya opened the door for hopes of bringing Libya’s rival forces together.

However, Haftar said maintaining the exports would be conditional on the fair distribution of oil revenues and preventing terrorism financing.

Soon after announcing the resumption of the exports, Haftar said he would brook no delay in presenting concessions to serve the best interests of Libyans and improve economic conditions in their country.

“The resumption of the oil exports proves our good intentions and our desire to end the war”, Haftar said in a televised address to Libyans on 18 September.