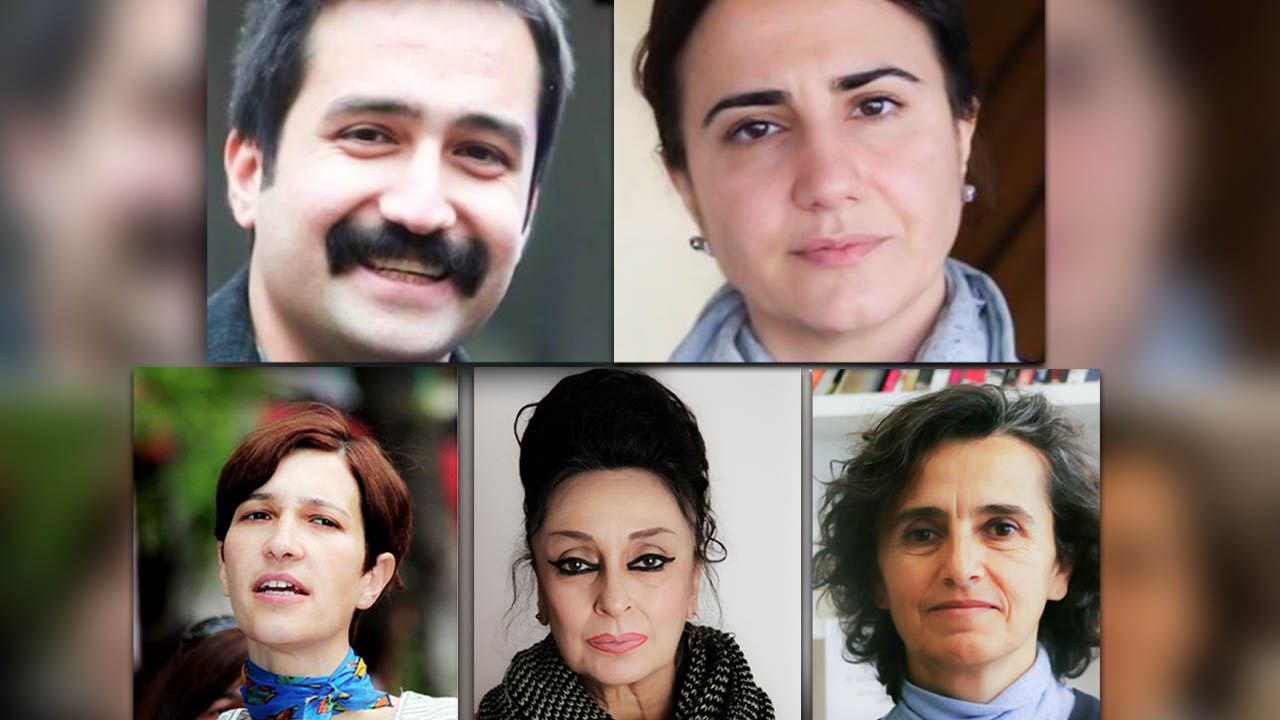 ANKARA – Concerns over two Turkish lawyers who launched a hunger strike demanding a ‘fair trial’ grow after the much-debated decision of a court rejecting their release and ordering their hospitalization. Human rights defenders believe this is a threat of ‘forced medical intervention’.

Death-fast lawyers Ebru Timtik and Aytaç Ünsal who have been refusing to eat since 2 January and 2 February, respectively, were taken to hospital on 31 July soon after an İstanbul court had refused to release the hunger striking lawyers, despite a medical report issued by the İstanbul Council of Forensic Medicine that said they should not remain in prison.

Timtik was sentenced to thirteen-and-a-half years in prison and fellow hunger striker Ünsal was jailed for ten years as part of a trial where 18 lawyers from the Contemporary Lawyers Bureau (ÇHD) were sentenced to prison for over 159 years. As the pair rejected the convictions, asserting that all charges against them were based on anonymous witnesses, they had first launched a hunger strike in demand of a ‘fair trial’ and later announced that they had turned their action into a death-fast, a strict diet of saltwater and sugar solutions, on 5 April.

“It is unbelievable that the court refused release after the report of the İstanbul Council of Forensic Medicine. These two friends possess no flight-risk, by any means; they are not able to walk and they have a crucial loss of weight. Hospitalization means a threat of medical intervention, which is a violation of human and patient rights. Then again, our colleagues have been declaring that they would never accept it. That means they want to leave them for dead”, said Eren Keskin, a prominent human rights defender and lawyer in Turkey. “We are face-to-face with such a cruel system. They want us all dead. They want dissent dead. Instead of releasing them and supporting them to live, the court made another choice. Being quite aware of the fact that they would not accept the medical intervention and still sending them to hospital means one thing – only that they want them dead”, she said. 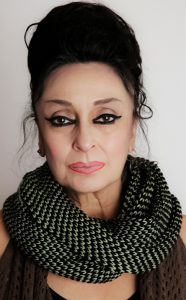 Keskin also noted that we need to appreciate that “a moment comes when people employ hunger strikes to make their struggle more visible, not to die”.

According to Keskin, this situation applies to the death-fast lawyers: “These lawyer friends of ours have been imprisoned just because of the fact that they practiced their profession. Everybody has a right to defence and they defended their own clients.

That is why they have been subject to a grave violation of rights. Finally, they chose this action which we always consider as the last resort”.

“I know what it means for a hunger striker to be forcibly transferred to a hospital without their own consent. This means a threat of forced intervention. I had already expressed that I would not accept it, because you don’t even want to see the doctor’s face. Being kept under surveillance also becomes a part of the medical treatment”, said Nuriye Gülmen, a former academic and former hunger striker. Shortly after her interview with Medyanews, Gülmen was arrested during a police raid in İstanbul. 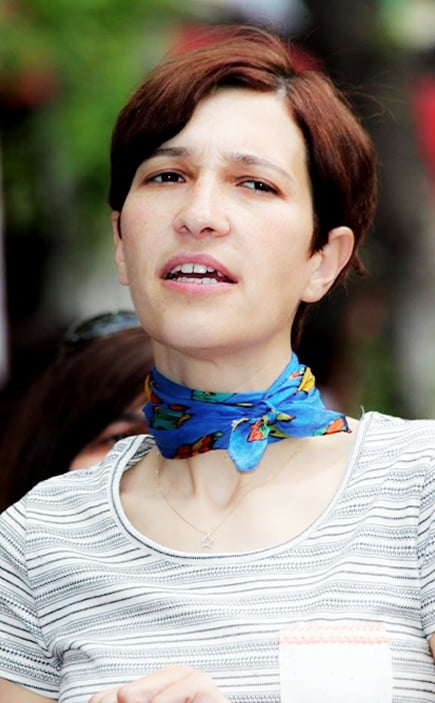 She has been active in campaigning for the demands of a fair trial for Timtik and Ünsal: “They are my lawyers. They defended me when I was on hunger strike. So this is the time that I defend them. And I know what they are going through in the hospital right now. They put you in a detention ward. I know both Ebru and Aytaç are put in those rooms, where the lights are kept on 24 hours a day. That means no sleep, which is the most precious thing for a hunger striker. My weight loss level hit its highest point during the time I spent in hospital. So, being in hospital will not affect their health positively, quite the opposite”. 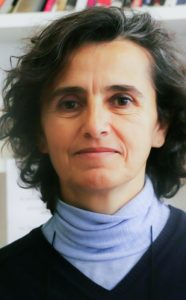 Gülmen went on a hunger strike in March 2017 together with another teacher named Semih Özakça, following her dismissal from her job in a broad government crackdown after a coup attempt in 2016. Both were imprisoned, hospitalized and later released. Gülmen and Özakça’s cases have become a symbol of resistance against the massive purge, targeting various dissident groups in Turkey as they spent 324 days living off only water, sugar, salt and vitamin B. Recalling her days in the hospital, Gülmen said: “They kept coming into my room and talking about the deterioration of my body. Nurses were checking my pulse every two hours. So the hospital turns into a place of psychological torture for a hunger striker. You feel under pressure, your body is stressed even more, you get more exhausted. This is the same for Ebru and Aytaç as every minute they spend in the hospital means torture for them. I know it because I have been there. It is just hard”.

“As much as it is a sign of love and a sincere wish for them to live, it makes no sense to chant for ending their strike”, she said, sharing her suggestions for a solution: “All calls should be addressed to the government. This should be clear: People have demanded something so much that they risk death for it. This demand should be at the centre of discussions and raised by the masses. Anybody can raise public opinion for Ebru and Aytaç, not just in İstanbul or in Turkey, but also abroad. You can record videos of support, make public statements, apply to the embassies in your country and many things like that”.

A former death-fast prisoner with Wernicke Korsakoff and a political refugee in Europe as a human rights defender now, Fatime Akalin had participated in a massive death fast action on a national scale against the introduction of F-Type cell prisons back in 2000. This had commenced after she survived extreme violence in Ankara central Ulucanlar Prison in 1999, when state security forces had attacked prisoners, leaving eleven dead. She draws our attention to the threat of ‘forced medical invention’ on Timtik and Ünsal:

“They are on the edge of death. The prosecutor actually puts pressure on the doctors for a forced medical intervention. This is an actual threat: ‘Only I can kill you, you can’t even die without my approval’. This is the message the Turkish state gives …

“Ebru and Aytaç do not really expect a positive step from the Turkish state authorities, but they appeal to our social conscience. I am sure that they value life so much that they are willing to die for the sake of it. They don’t want to die, because when we launched a death-fast like this in 2000, we didn’t want to die as well. One hundred and twenty two friends died, five hundred people became permanently disabled, including myself, but none of us wanted to die or become disabled. The whole point was this: ‘I have a political consciousness and identity. You can imprison me and limit my space, but you can’t limit my way of being and living’”, she said.

According to Akalin, “social togetherness and solidarity” is much needed to save the lives of both lawyers: “We also took into consideration the outcome of the 1996 death fasts before we launched our action in 2000. However, when you consider the outcome of the 2000 death-fasts, together with the social conditions of today’s Turkey which is clearly a fascist dictatorship, this type of protest does not have much of a chance for a positive outcome. The thing is that it all depends on public reaction, but society in Turkey will not step up to this challenge if it embraces the psychology of defeat and if it does not support this type of protest. The dissent among society is not low, but it is unorganized and dispirited right now”.

“In the end, it is not a matter of how long you live, but what you live for. It’s about what you accept and reject, what you show consent and dissent towards … Helin, İbrahim, Mustafa died and now Ebru, Aytaç, Didem, Özgür … They all wanted us to hear that there is a special law enforced on them. They were sentenced without a chance of a proper defence, and were sentenced, based on ‘anonymous witness’ statements. Since nobody was willing to see this injustice, they are trying to make us hear. This is their scream”.

Hunger strikes as a form of resistance in Turkey have become a centre of discussion again as prisoners find the need to adopt these actions increasingly in recent years, to press their demands to be heard by the Turkish authorities. President Recep Tayyip Erdogan, who rejoined the ruling Justice and Development Party (AKP) in the aftermath of a referendum that granted him new powers in 2017, has been a target of critics accusing him for his disregard for human life, due to recent deaths through hunger strikes. These include the members of Grup Yorum, a leftwing popular folk music band. Helin Bölek, a 28-year-old singer of the band and bass guitarist Ibrahim Gökçek had declared a hunger strike whilst in prison, to demand that the ban on Grup Yorum concerts be lifted and jailed band members be released.

Bölek died on 3 April 2020, on the 288th day of her hunger strike at home, where she continued her protest after her release from prison. Mustafa Koçak, a political prisoner, followed her on 24 April, after 297 days of consuming only sugar and water. His demand had been for the basic right to “a fair trial”. Following these two consecutive deaths, came the news of Gökçek, who passed away on 7 May 2020, two days after suspending his fast of 323 days, in an Istanbul hospital where he had been placed in intensive care.

In 2019, former-MP of the Peoples’ Democratic Party (HDP), Leyla Güven, also led a hunger strike, which was joined by tens of Kurdish prisoners and by some supporters in Europe. The aim of this hunger strike, as Güven noted in a previous statement, had been to remove the “unlawful and inhumane isolation of Abdullah Öcalan”. As Öcalan was allowed a visit by his brother and then by his lawyers, Güven ended her hunger strike after 200 days, but not before 8 others lost their lives during this hunger strike action.

‘Black babies in the US face a greater chance of survival if cared for by black doctors’, study reveals

‘Black babies in the US face a greater chance of survival if cared for by black doctors’, study reveals