Sixteen of the twenty two women who had been kept in detention since Monday 5 April in Diyarbakır (Amed) in Turkey were referred to the courthouse on Thursday evening, according to Jin News.

Police had raided the Rosa Women’s Association – a women’s organisation based in Diyarbakır (Amed) campaigning against violence against women – alongside the homes of many women activists in the early hours of Monday morning. Jin News reporter Beritan Canözer had been one of the twenty two who were detained during the raids. 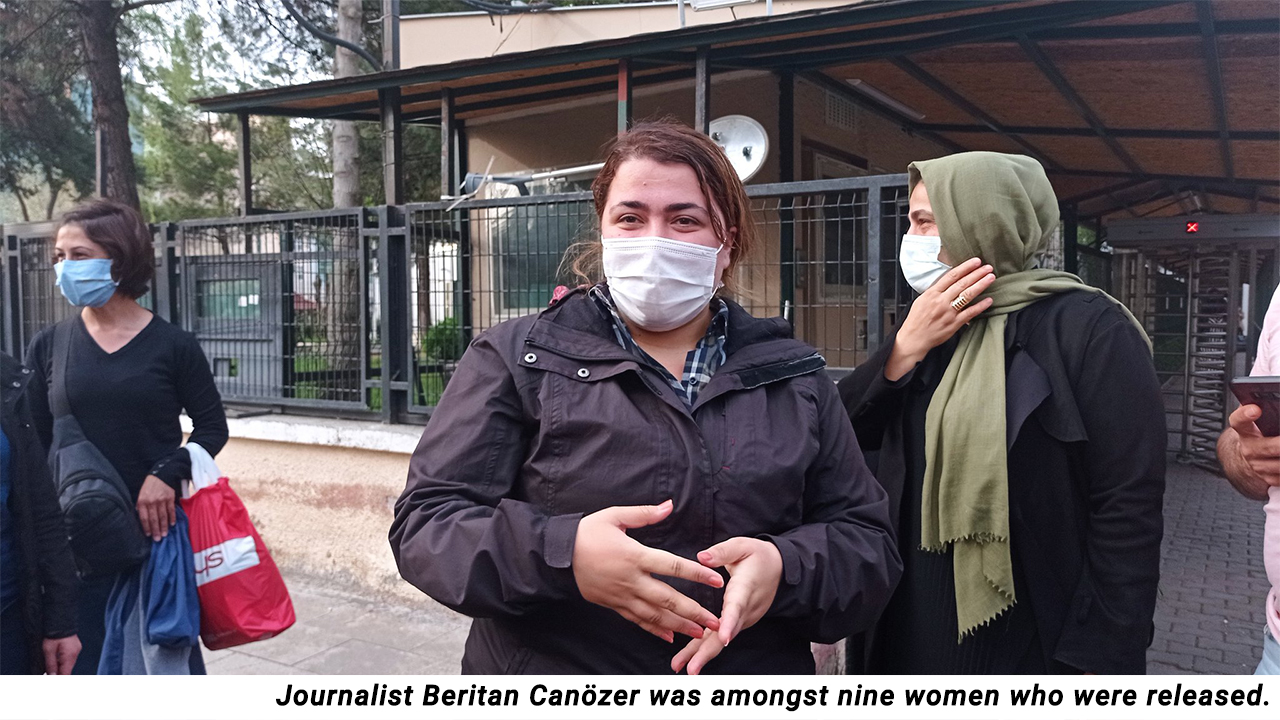 Canözer faced accusations due to her journalistic work

Jin News reporter Beritan Canözer was amongst the nine women who were released after they were referred to the court. The questions asked by the police officers during the ‘testimony procedures’ at the a police station in Diyarbakır targeted her profession as a journalist, Jin News reported.

“Why do you name the raids against the TJA as a political genocide?” and “Who issued press statements during the time you have been detained?” were amongst the questions Canözer was reportedly asked by the police.

Canözer’s report that was broadcast on JIN TV on 25 March, the International Day for the Elimination of Violence against Women, was also considered to be a ‘crime’ and it was listed as part of the accusations against her.