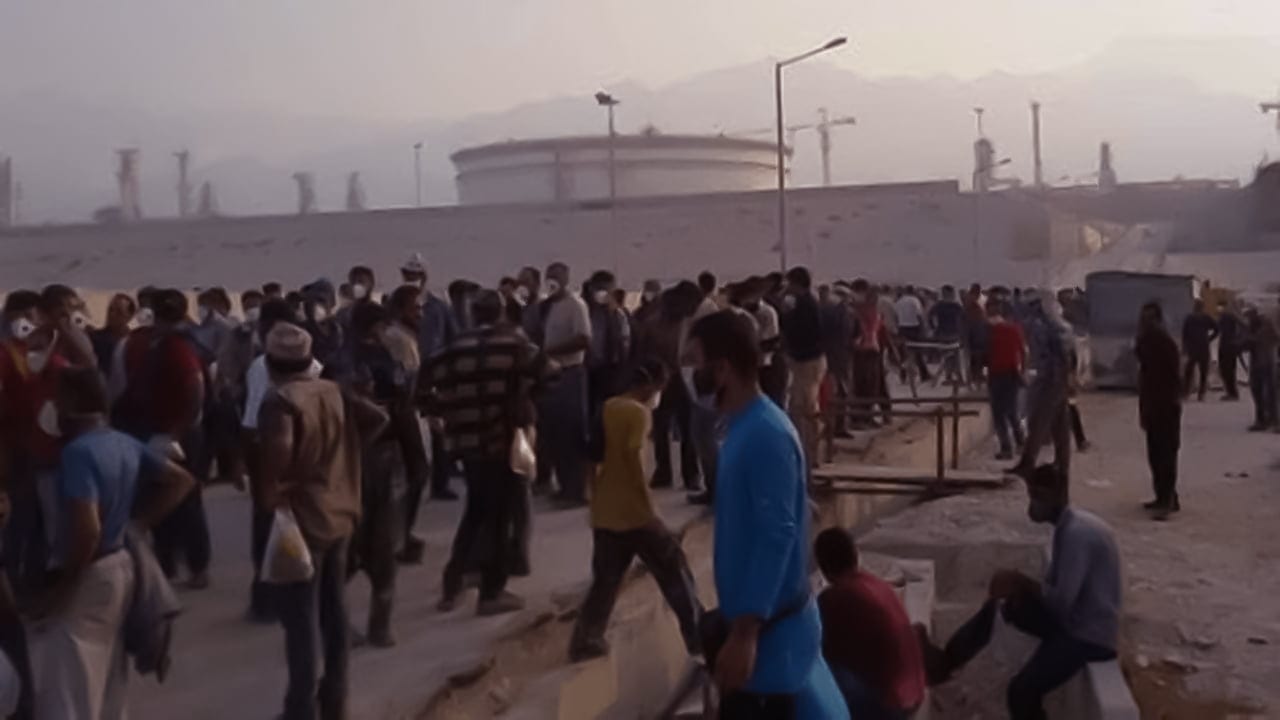 While the coronavirus spreads in Iran, tens of thousands of workers have gone on strike, with Iranian Kurdistan especially affected.

The Iranian economy is in a crisis due to high inflation, increasing unemployment, the increasing US dollar rate, and the coronavirus outbreak. In cities where the coronavirus pandemic has hit hardest with devastating economic consequences, workers have taken action.

Workers have been severely affected by inflation and the devaluation of the national currency. According to official statistics, at least 600,000 employees have lost their jobs in Iran in the last year. Some believe this number will increase between two and six million in the coming months.

Amid hundreds of protests and strikes in the region, the oil workers’ strike was arguably the most important protest in the country. The Tehran administration, worried about the strike, ended the protests after promising to improve the economic conditions. However, the government did not keep its promise, so oil workers once again took to the streets.

Around 70 municipal workers in Hamidieh have been on strike for a week because their salaries have not been paid for five months.

Beet farmers in the city of Nexede in Iranian Kurdistan held a protest in front of the Solduz Sugar Cane Factory to demand their wages. According to the agreement between the farmers and the plant’s managers, the factory must pay 80 percent of the amount at the time of unloading. The factory has still not been able to pay the amount owed to farmers for their products.

Thousands of unemployed in Sîne

Peddlers held a demonstration in Sîne. Since 12 October, municipal officials have restricted the selling of their products on streets. Reportedly there are hundreds of peddlers who have been affected.

On 18 October, employees of the Seriş-Abad Municipality in the city of Qurwa in Eastern Kurdistan held a public demonstration for the seventh time. “We no longer trust the words of the authorities and we are not ending our strike until the management pays our salaries”, said the workers, who have not been paid for three months.

Meanwhile, thousands of university graduates cannot find a job in the city of Sîne.