Mehmet Eymür, a former senior official at MİT, openly spoke about how a crime boss was used in an armed operation in Germany to target the PKK, how the agency had failed to assassinate Abdullah Öcalan in Syria, and how torture has always been a legitimate method used in interrogating political prisoners.

Have you tortured somebody?

Do you have a feeling of regret?

I do not, because we didn’t do anything extreme. Most of the time, what I did was trying to implement certain tactics. We used to have the female members of the team scream, for example, and we would tell the interrogatee that we had his daughter. (…) We’d say, ‘You better start talking or it’ll start getting nasty.’ We’d do some acting like this.”

Isn’t this torture? Do they provide a training for this in the agency?

Our profession is a profession of intellect. If you have intellect, you discover the formulas. You don’t have to torture. The important issue is having the person talk.

I don’t like him very much. He used many Kurds who expressed remorse to work with impunity. They were involved in ‘dirty operations.’ It’s above his calibre, using such men while he had many police officers under his command. The police doesn’t have such a mission in other countries. He tried to set up his own network against the PKK. The objective was to assassinate their organisers. He sent a team to assassinate Öcalan. They returned with their hands empty.

You took part in an operation targeting Öcalan [Abdullah Öcalan, the leader of the Kurdistan Workers’s Party, the PKK]. What went wrong in that operation?

There had been many obstacles. Çevik Bir, now in jail, was leading intelligence at the time. We acquired one tonne of explosives. The next day, an article appeared in the daily Cumhuriyet with a question in the headline: ‘What will MİT do with the explosives?’ We got the approval of the Head of the State and government officials.

Even the head of MİT cannot operate without official approval. How could we operate without approval? The Chief of General Staff and the head of the state confirmed their approval. We’d made a presentation. We’d presented the intelligence we’d obtained. It was a nice presentation. We’d given information about our preparations. They said OK. We went on.

Green [Mahmut Yıldırım, known by the codename ‘Green,’ who’d reportedly worked for Turkish Gendarmerie’s counter-terror and intelligence unit JITEM and who was responsible for the extrajudicial executions of many people during the 1990s] was involved too. There were people from the military as well. Then there were state officials whom we sent there, who infiltrated the area covertly. We can’t say it was totally unsuccessful, in fact. We failed in assassinating Apo, but we made such an impact that Syria got scared.

There was a statement by the Commander-in-Chief of the army. They pushed him out of Syria after that statement. It had such an impact. That was a success. Because it scared Syria. The explosion left a 17 metre deep hole in the ground. 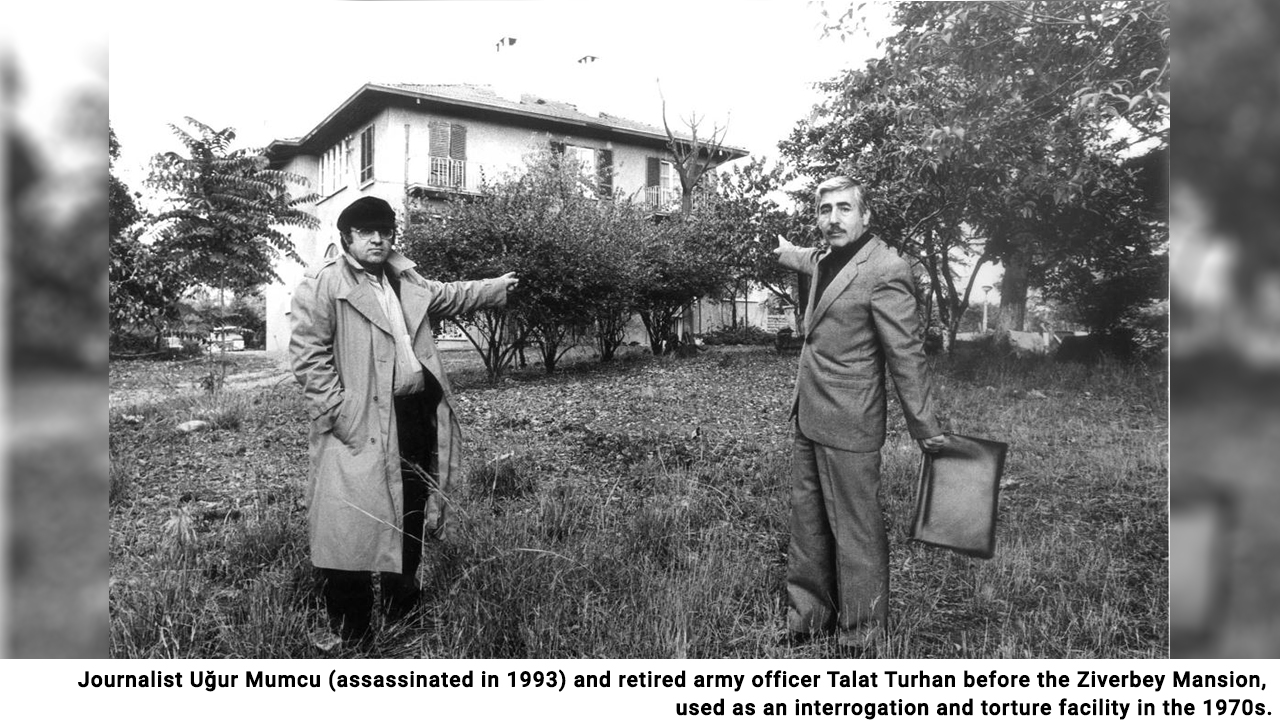 Was the house in Ziverbey (a house in Istanbul, renowned for acting as a centre for interrogations under torture for the Turkish Special Warfare Department and National Intelligence Agency during 1970s) a torture facility?

I can’t say everyone was subjected to torture, but there were some people who got tortured. For instance, there was an officer who used to come and complain to me saying, ‘Don’t you have electrical treatment today? My rheumatism has gotten worse.’ If you don’t have the normal means for having a conversation, torture may be used, because there are some really stubborn types.”

Does this appear normal to you? You’e talking about systematic torture. Isn’t this supposed to be considered a crime? You still say it’s necessary in the interests of the state.

No, if you are not able to communicate in some other way, this may happen. I still think the same, because there are very stubborn types. It’s very hard to make them talk any other way.

But it’s a criminal offence, forcing and directing someone to make certain statements. Moreover, this method may be used to unfairly accuse someone of misconduct.

Interrogation is a method to get the truth. It’s not merely torturing.

Didn’t many people have to admit to criminal offences they actually hadn’t been involved in?

We used to have some good interrogators.

Is it over or are these types of methods still in use?

Well, they are even worse. There are cases with fatalities. There’s an MİT officer who went missing during an interrogation.

Many people had been forcibly disappeared. Were these the operations of intelligence agencies?

Well, yes, of course they were. On the other hand, nobody sees torturing as something respectful. It’s only the sadist types who do. But you’re engaged in a great struggle. You’ve got to win in that struggle. Otherwise, things may get out of control.

Did you perceive the individuals you were confronting as an enemy?

Turkey has been ruled to be ‘guilty’ by the European Court of Human Rights because of many operations carried out during the 1990s. There are rulings in cases of extrajudicial executions. Shootings at point-blank range, cases of torture …

I don’t approve of such things as far as I’m aware of them, though I don’t actually know too much. There are many cases which haven’t been recorded in the archives. 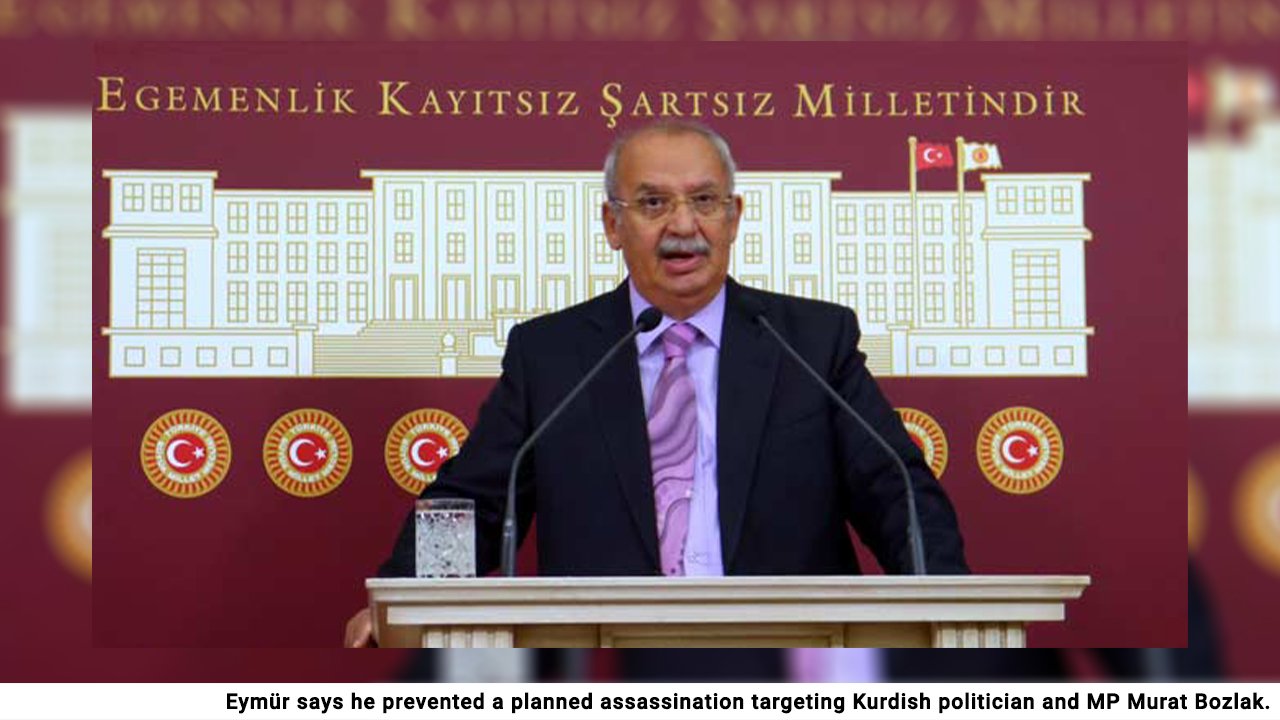 Are there operations which have been prevented before they were carried out? You said you prevented the assassination of Murat Bozlak (former MP and founder and chair of the pro-Kurdish People’s Democracy Party – HADEP – that was banned in 2003).

Kaşif Kozinoğlu had made such plans while he was serving under me. I conducted an investigation and we prevented it from happening.

Were there other operations that were prevented?

There’s the incident around Yavuz Ataç (a former MIT member), who used to work with the Americans. There is a file on him. He’d provided a passport for Çakıcı [Alaatin Çakıcı, the biggest crime boss in Turkey according to police data, who was released on 16 April 2020 due significantly to intensive efforts exerted by the Nationalist Movement Party (MHP) leader Devlet Bahçeli].

He stormed my office once. He was carrying a gun. He forced his way in. We had a brawl. We both got subjected to disciplinary action for this. He had a message from Çakıcı. He threatened me. I wanted Çakıcı to be captured at the time.

We used him only once in an operation. It was an operation carried out in Germany, targeting the PKK. We failed. Actually, we even got infiltrated. I didn’t use him in any other operation. Korkut Eken [a Turkish military officer who served in covert operations during 1990s and got sentenced to a prison term in 2001 for setting up and leading a criminal organisation] was training him at the time. 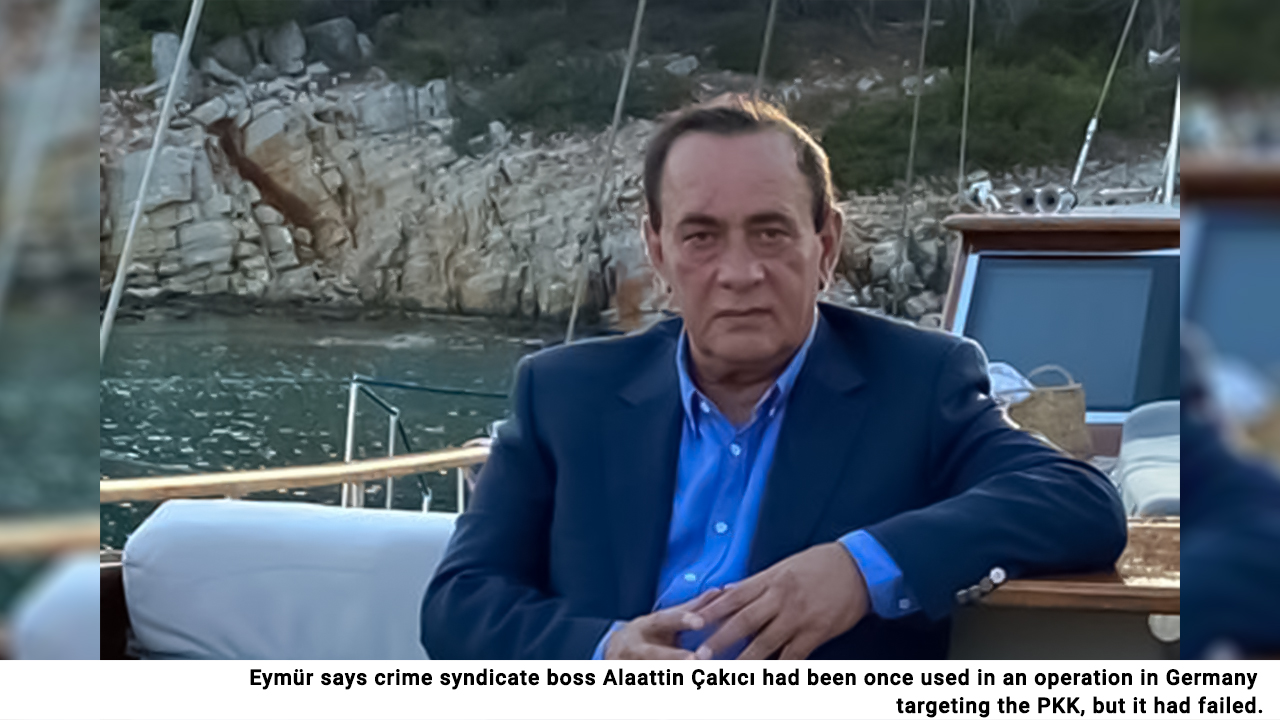 When you look back, do you really have no regrets?

We were less flexible when we were young. I certainly must have made mistakes. But I always admit it. I wrote it in my book as well. I made many mistakes, and I tried getting straight by striving to make less and less. I drew lessons from my mistakes. But I sometimes still get furious. I find myself thinking how it’d be nice if they handed someone over to me so I could interrogate him.

Born in 1943, Mehmet Eymür joined the Turkish Intelligence Agency in his 20s and took part in operations of historical significance in the 1970s, including the one that resulted in the death of Ulaş Bardakçı, one of the leaders of the People’s Liberation Party-Front of Turkey (THKP-C), and the Kızıldere operation in which 11 leftist militants with three hostages were surrounded by army units in the Kızıldere village of Turkey’s northern district of Niksar.

Ten of the militants, including legendary Mahir Çayan, a Marxist youth leader of the time, and three hostages (British citizens working for NATO) were killed in ensuing clashes, while Ertuğrul Kürkçü, a youth leader at the time and later MP in the Turkish parliament, was wounded.

Years later, he had been appointed to head the Counter Terror Section in 1995. He was sent to the United States in 1997, then withdrawn from active duty in 1998. He filed a legal complaint against the agency and moved to the US where he launched his website.