After experiencing life in the city, Rezhna Hussein Qadir has decided to dedicate her time to continuing the family business: beekeeping.

Born in 1997, Rezhna was raised in the village of Galala in Sharbazher. She graduated from the computer science department of Sulaymaniyah University in 2018.

Now she works as a beekeeper in her own village. “I have lived, worked and been educated in the city. I have tried different jobs. But I find myself more suited for nature. I feel very comfortable and closer to village life. Living here fills the holes in my life — unlike staying between four walls”, Rezhna told MedyaNews.

According to comparisons with the rest of the world, honey from Kurdistan is of exceptional quality. The Minister of Agriculture has said that exported honey has been found to contain damaging chemicals.

Rezhna spoke about her earlier plans and dreams: “We were raised in gardens and farms since childhood. Before graduation I was eager to teach myself a trade, so that I can earn a living”. 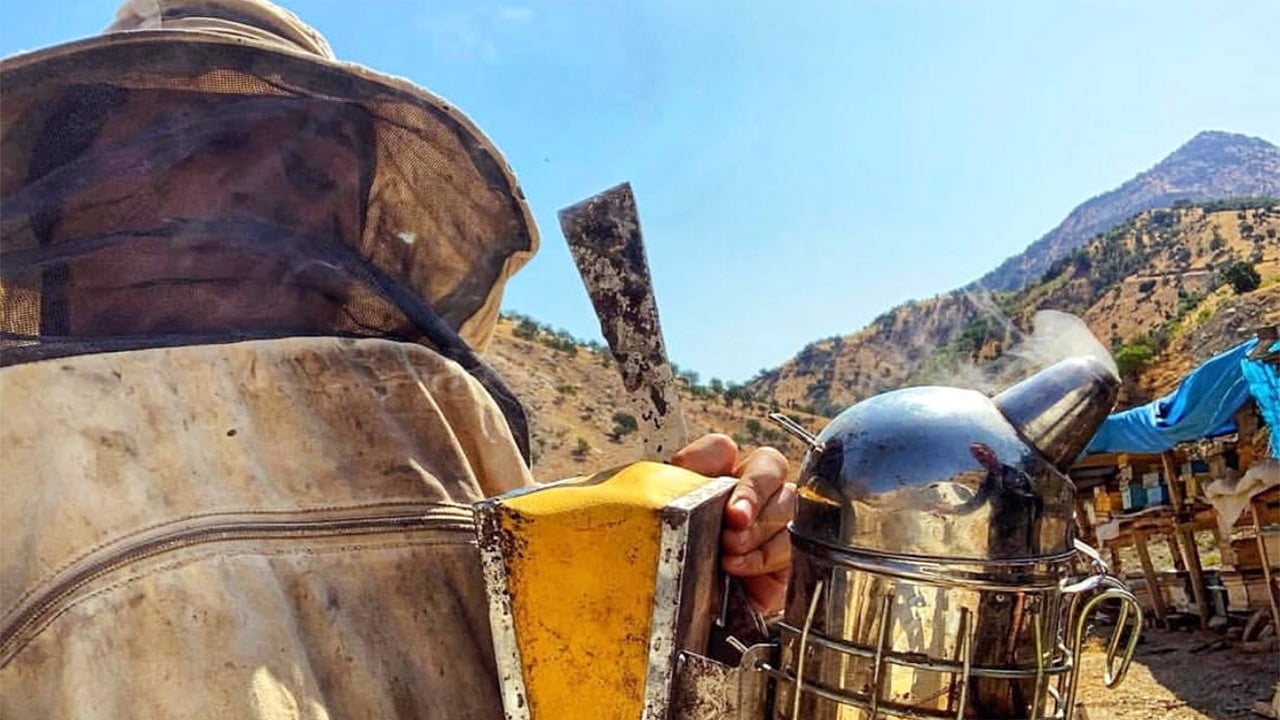 She continued: “It was the beginning of 2018, my last year in college, and I was very influenced by an Iranian professor’s seminars and work. And by chance that year there was a workshop by him on humanitarian development. It was a year full of stress because I had to decide my future. And when he appeared, I was happy and interested in his workshop.

“When I called to ask for a ticket, they informed me that normal attendees have to pay three hundred dollars. I was very shocked, but I thought that I should not back out. So I decided to tell my parents.

“After we had tea, I forced myself to start the conversation: ‘Dad, I need three hundred dollars’. They were both shocked and asked if I was sick or something. ‘Why do you need the money?’ they asked. I told them I needed it for a seminar by one of Iran’s most important professors.

“My mother directly rejected the idea. My dad asked about what was happening in that seminar. Why that amount of money? ‘I am willing to give you the money but you don’t need that seminar’, he said”. 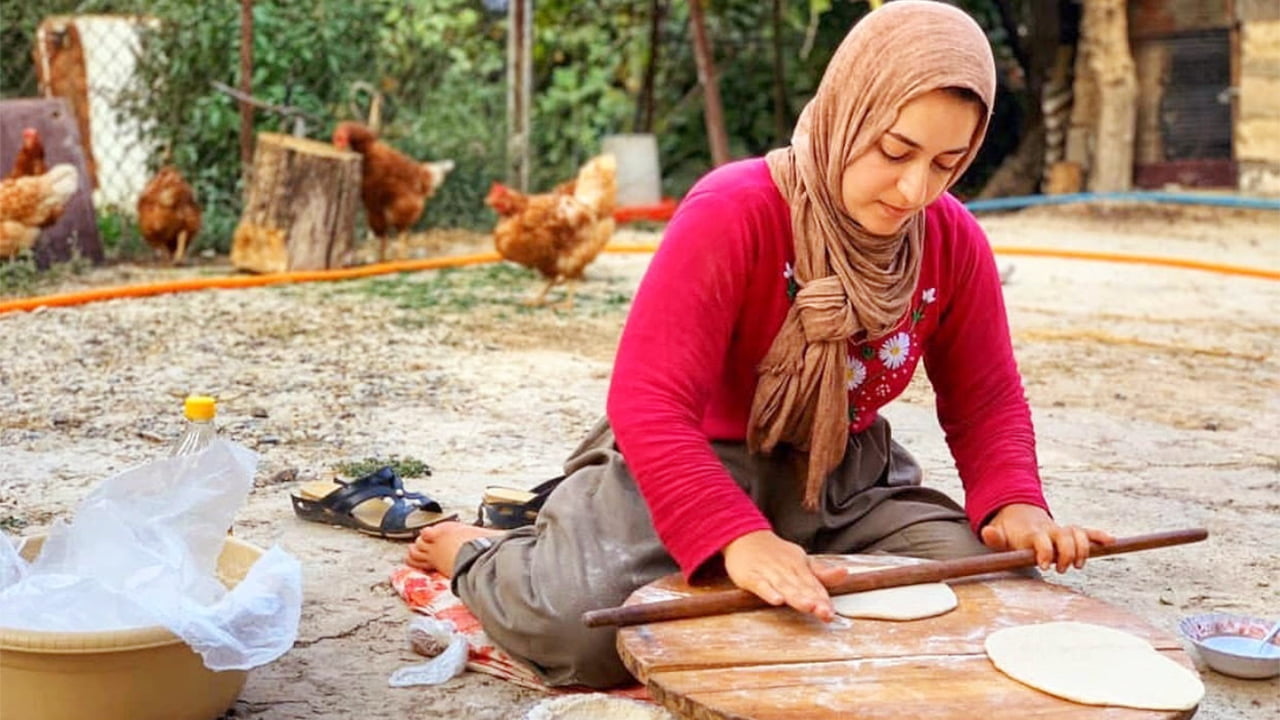 Then her father made a proposition: “‘Let’s make a deal; instead of that three hundred dollars, I’ll give you three honey hives and you can treat their honey as you like. You can sell them and earn your own living’. Now this is me”, said Rezhna, “a young bee expert who gives guidance and instructions about honey, bees and village work”.

Beekeeping has been Rezhna’s family business for a long time. “We start beekeeping in March. We need to work in collaboration as a family because there’s so much work to do. And three of the bee hives belong to me”.

Rezhna’s uncle is also a beekeeper and his honey was named the best in the whole of Iraq, and second best among the Arabic states. “Our honey is good quality”, said Rezhna.

Alongside beekeeping Rezhna takes part in other village work with her family. She also has a hashtag (#RezhnaNews) where she gives guidance on how to live like a villager. 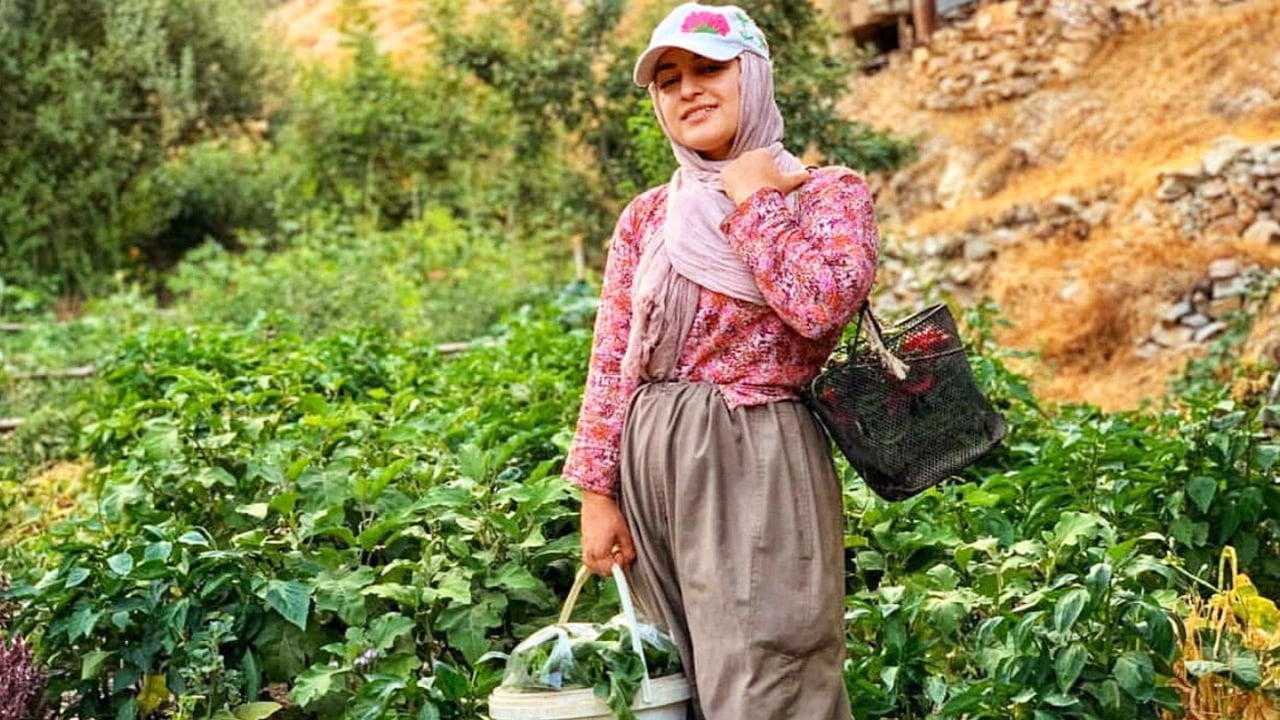 On the hardships that face a girl who works in the village, Rezhna said, “For girls, village work is twice as hard, because when they come back home they need to do house work as well.

“As for me, I want to make beekeeping my lifelong profession, but my family fear that I might not find a husband and became a dedicated house wife, and they think I should get employed somewhere. Parents usually think that when women have their own independent businesses they become careless about family time and house work”.

Using the hashtag #RezhnaNews, she provides information to her audience through video and audio content, spreading positive vibes about village life — something that has been notably absent among Kurdistan’s youth in recent years.